RIPLEY — Cynthia Drake could have died on Father’s Day.

The 51-year-old life coach often sleeps in the backyard of her Houghton County home, embracing the sounds of night. But a tent would not have protected her before dawn on June 17 from the whitewater that shot down a hillside through her yard, taking trees and rubble with it.

Luckily, Drake’s daughter visited, and luckily she doesn’t like sleeping alone in the 112-year-old home. That’s the only reason Drake slept in her second-floor bedroom that night, allowing her to crawl onto her roof, where a firefighter rescued her.

Drake’s neighborhood was among those hit hardest by floods that killed a 12-year-old boy and damaged 900 homes and some $100 million in public infrastructure across Michigan’s Western Upper Peninsula. The region was swamped by 3-7 inches of rain –  the equivalent of more than 5 feet of snow in cold weather –  in a matter of hours.

The rains washed out aging railroad grades that loom above neighborhoods, sending mud, rocks and other debris into narrow culverts dating to the region’s mining boom. The clogged drains couldn’t handle fierce waters that flowed down the hillsides into the homes of Drake and her neighbors.

Now, state and local officials in the region known as Copper Country are rushing to unclog those culverts before the next round of heavy rain or melting snow again swamps the homes below.

Even railroad grades left intact “are like plugged pipes,” said Steve Casey, who has coordinated the Department of Environmental Quality’s response to the region’s floods. “You know they’re about to burst if you don’t do something about them.”

The floods highlight what some say is a looming infrastructure crisis in Michigan. Statewide, communities are grappling with deteriorating stormwater systems that overflow during major storms, sending untreated sewage and other harmful runoff into lakes and rivers. In 2016, a commission assembled by Gov. Rick Snyder concluded Michigan was short $800 million per year to meet water and sewer system needs due to decades of deferred maintenance.

The fierce Western UP floods illustrated the potential dangers of poor drainage, a problem more acute in communities along slopes.

The DEQ allocated $1 million for emergency relief for the floods, and much of the money has been spent cleaning out culverts or taking out embankments, Casey said. With the emergency funds running out, the DEQ is developing a transition plan for whoever else takes over the task.

Mary Sears, the supervisor of Franklin Township, which includes Ripley, said she hopes President Donald Trump’s recent disaster declaration this month will free up the $1 million-plus it will take to fix the culvert that failed in Drake’s neighborhood.

Even if enough funding for repairs is available for culverts in the UP — and that’s far from a given as local governments blow through their budgets rebuilding washed-out roads — the drainage challenges will prove vexing.

That’s because many of the railroad grades sit on private land. It’s unclear who owns such properties, so it’s unclear who is responsible for maintaining the culverts, said Eric Forsberg, Houghton County administrator.

Evan McDonald, executive director of the Hancock-based Keweenaw Land Trust, is among those who see the floods as a wakeup call — for communities to look beyond quick fixes to drainage systems as federal and state aid trickles in for rebuilding.

Easier said than done, he acknowledges.

But the damage will only grow worse otherwise, particularly if Copper Country sees more extreme weather as the earth warms.

“It’s opened people’s eyes,” McDonald said. “At some point we need to start thinking about what are the long-term solutions.” 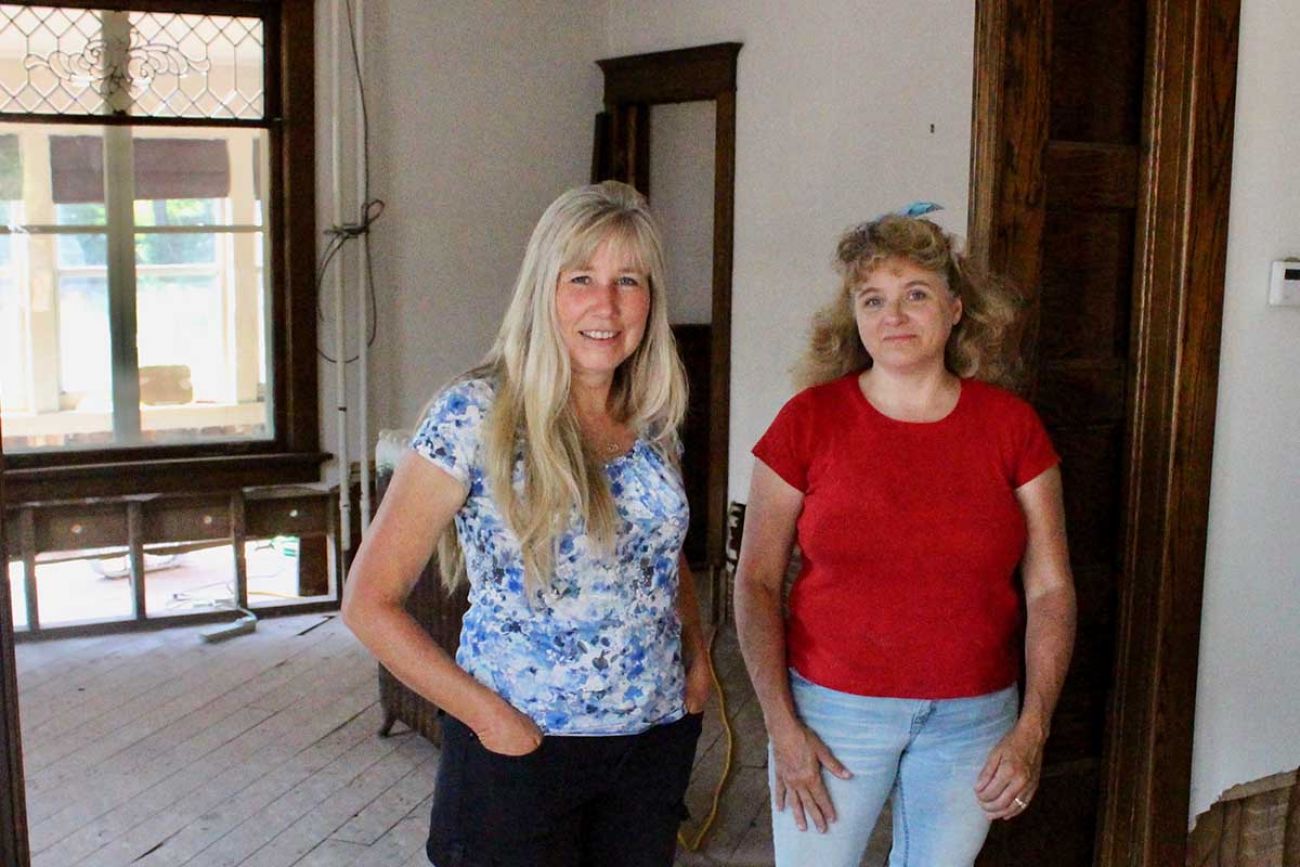 In Ripley, Drake said she hopes to eventually fix her home, which she bought in 2012, even if she is still wary of the hillside’s dangers.

“I just felt privileged to be here,” said Drake.

She’s been bunking with friends as she figures out steps to rebuild. She has no doubt she will.

“I promised the house I was gonna take care of it,” she said.

Drake’s next door neighbors, Bethany Jones and Jeff Foss, aren’t so sure. They narrowly escaped on Father’s Day before boulders crashed down the hillside and into their house.

The couple and their two children are now homeless, temporarily living in graduate student housing at Michigan Technological University.

Jones said the family wouldn’t rebuild their home beneath the hill without major safety assurances.

“I want to know that those questions are being adequately looked at — perhaps diverting water at different directions away from my house,” said Jones, 48.

“Should anybody (otherwise) live below that watershed? I believe emphatically no. It is hazardous, dangerous and people are crazy to put money into it.”