Q & A: The Great Lakes are stressed. Climate change is making it worse.

Michigan Environment Watch
Q & A: The Great Lakes are stressed. Climate change is making it worse.

The Great Lakes are struggling under the combined weight of many ailments, from invasive species and toxic chemicals to the nutrient runoffs that fuel Lake Erie’s chronic algae problem. And in many cases, climate change is making it worse.

That’s one key takeaway from a new report by a scientific committee of the International Joint Commission, a binational group that helps the United States and Canada co-manage the Great Lakes.

The August report, An Evaluation of Stressor Interactions in the Great Lakes, examines seven problems plaguing the Great Lakes — fish harvest, habitat loss, nutrients, pathogens, climate change, invasive species and toxic chemicals — to learn how they interact with one another to affect the lakes’ health.

In many cases, these health problems have a compounding effect: One ailment stacked on top of another makes the lakes’ overall prognosis worse. But not always. Some stressors offset one another, creating a net effect that could be less harmful to the Great Lakes than if the two stressors acted in isolation.

Bridge spoke to David Allan, the report’s lead author and a professor emeritus at the University of Michigan School for Environment and Sustainability, to get a sense for how those interacting problems play out in the region. Here’s an excerpt from the conversation:

There are so many factors influencing the health of the Great Lakes. How did you narrow it down to the seven stressors in the report? 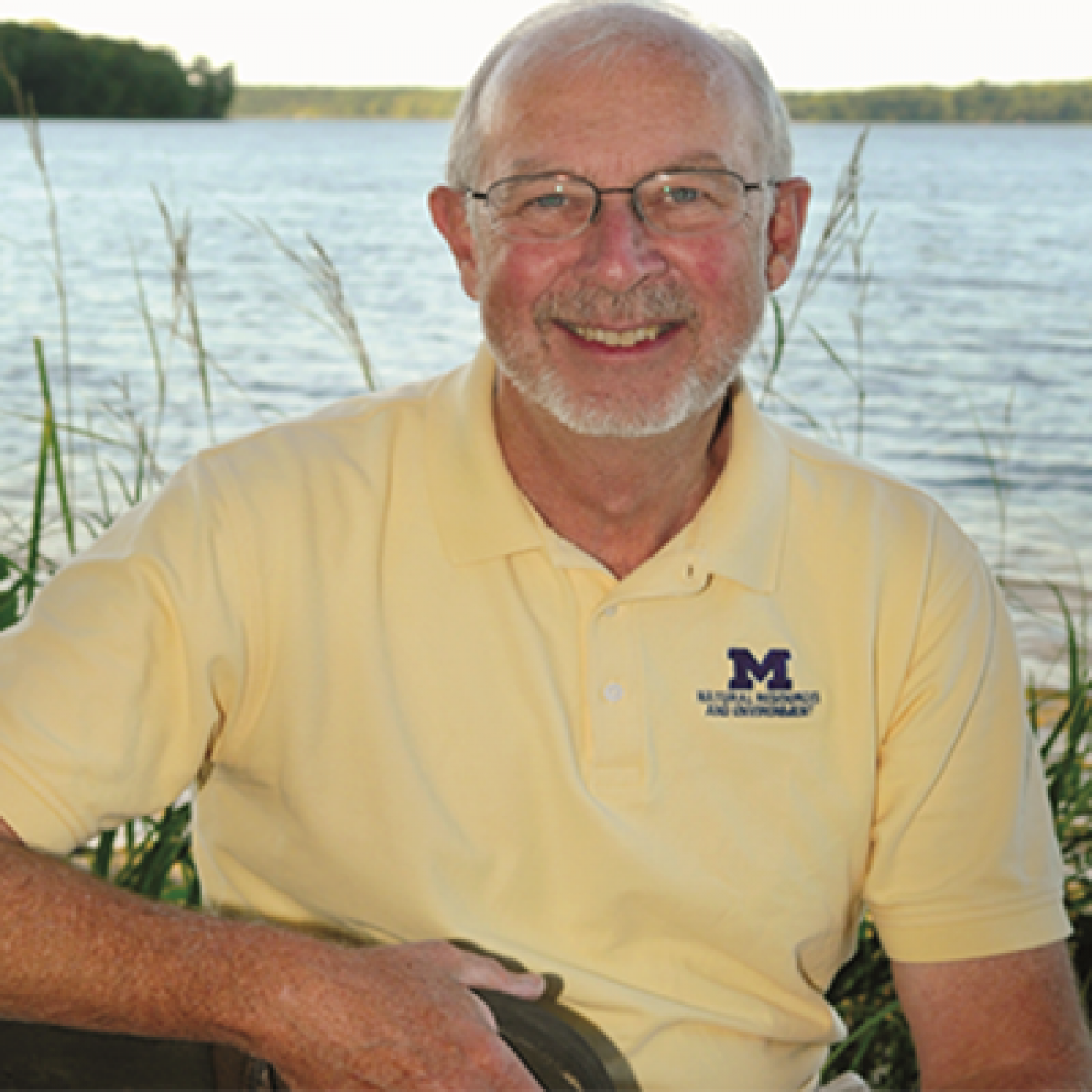 We convened experts to identify individual stressors that are really important. The seven we chose are all things where some type of management action is already taking place, and where we felt the scientific literature and existing research could help us think through how any pair of stressors would interact.

Why is it important to understand how these problems interact?

The problems that ail our lakes are frequently kept in silos. We consider how to deal with them one by one, without enough attention to the possibility that stressors interact in ways that are complex and that we don’t fully understand. They may actually enhance overall harm to the ecosystem, or even counteract one another.

It’s analogous to thinking about the medicines that many of us take. Our doctors want to know what medicines we’re using before they prescribe something new, because the two prescriptions might interact. Similarly, we’re not really paying enough attention to the possibility that interactions among stressors are having unforeseen effects on Great Lakes ecosystems.

In many instances, your report found stressors interacting in ways that make matters even worse. What was the worst combination?

It’s hard to put one above all others. But climate change interacting with nutrient pollution is a really important one.

We already have issues with too much nutrients in some parts of our Great Lakes, especially the western basin of Lake Erie. Excess nutrients associated primarily with agricultural runoff and fertilizer are causing algal blooms which, in some years, reach excessive levels.

Climate has a magnifying effect on that. Over the last several decades, we’re seeing more precipitation, which is likely a direct result of human influence on the climate. The higher levels of runoff from this precipitation are resulting in greater nutrient loads entering the lakes, even as people have made good efforts to bring down the amount of nutrients entering the system through improvements in agricultural practices. But because there's been such an increase in river runoff, we actually have more nutrients being delivered downstream overall.

Climate change seems to make matters worse in many of the scenarios you studied. Is climate change the ultimate compounding stressor?

Yes. And it’s also the one that we actually have relatively few ways to deal with directly, because it’s something that’s happening at a global scale rather than in the Great Lakes basin itself. But what we can do instead, is manage for ecosystem resilience and manage the other stressors, like nutrients, differently or more aggressively in light of how climate change is affecting them. That way, we can at least reduce the sum total stress.

What happens if we don’t?

There’s a tipping point. But the trouble is, you rarely if ever know when the tipping point is reached. It’s usually an “uh-oh” moment after something unexpected happens. Conditions can gradually get worse, then suddenly respond in unanticipated ways when stressed too far.

In many ways, our report is a warning. We aren’t telling people anything new when we say the Great Lakes are stressed in multiple ways. But this is an attempt to ensure that future efforts, future management decisions, involve more communications across silos.

Climate change is counteracting some good efforts in the Great Lakes and adding an element of complexity to management. People know that, but we hope this study will help us more explicitly take that into account when we make decisions that affect the Great Lakes.

Not necessarily. There’s a bit of a perception that two stressors will always interact in a way that magnifies harm. And that’s, to some degree, an untested assumption.

In the case of dreissenid mussels (invasive zebra and quagga mussels), by taking up so much of the overall productivity of the water, they are essentially contributing to a kind of starvation of the food web in the Great Lakes. And we know that nutrients and toxic chemicals are both individually of concern, too. But nutrients, in general, increase productivity. They’re not all bad.

When you have excess nutrients, you can create eutrophication and harmful algal blooms, but in general, more nutrient-rich systems are more productive (in other words, they support more fish and other life). And the more fish biomass you have, the lower the concentration of toxins in each unit of fish tissue. So, this turns out to be an example where, at least potentially, having higher nutrient levels and higher productivity results in more biomass in the system, and therefore the fish you harvest might be carrying fewer toxins.