Michigan awoke to a pink-tinted sky Tuesday morning, a sign that smoke from devastating wildfires in the western United States has made its way across the continent and into our atmosphere.

But unlike West Coast residents who are experiencing some of the world’s worst air quality as a result of the blazes, Michiganders can breathe easy for now.

The plume of smoke hovering overhead has not impacted air quality. The Michigan Department of Environment, Great Lakes and Energy’s air quality forecast showed healthy air throughout Michigan on Tuesday, despite the hazy skies.

That, said Stephanie Hengesbach, a meteorologist and air quality forecaster with EGLE, is because the smoke is too high in the atmosphere to affect air quality close to the ground.

“It’s acting more like a cloud layer,” she said.

But climate experts say the smoke is a reminder that Michigan is not immune to the worsening effects of climate change that is spurring increasingly severe fires Out West. Here’s what you need to know:

Widespread wildfires along the West Coast, particularly in the Pacific Northwest.

So far, more than 5 million acres have burned in Oregon, California and Washington. Dozens have died, more are missing, tens of thousands have been evacuated from their homes, and millions have been advised to remain indoors to avoid breathing air thick with smoke.

Wildfires are a fact of life in arid parts of the western states, where summers can be hot and dry, turning the landscape into kindling.

This year’s wildfires are different, though: Severe drought across the West and highly unusual wind patterns whipped existing blazes into megafires, driving fire deep into temperate rainforests that rarely burn and smoking out cities far from the flames.

So far, Hengesbach said, there has been no impact on Michigan’s air quality.

Although westerly winds in the upper atmospheric have driven a rather thick plume across the United States and into Michigan, competing winds and high pressure in the lower atmosphere are preventing the smoke from sinking low enough to affect Michigan’s air quality.

Hengesbach said she expects that to remain true in the coming days.

Weather patterns further into the future are hard to predict, but Dan Cornish of the National Weather Service in Gaylord said shifting wind patterns in the coming days could carry the smoke away from Michigan.

Is Michigan at risk for similar fires?

Not in the near term, said Paul Rogers, a wildland fire prevention specialist with the Michigan Department of Natural Resources.

Fire danger across much of Michigan was low Tuesday following recent rains in much of the state, although unusually dry conditions persist in parts of southwest Michigan and the Thumb.

That said, Michigan is not immune to large blazes. Fires of 20,000 or more acres happen about once every decade, Rogers said. The most recent was the 2012 Duck Lake Fire in the Upper Peninsula’s Luce County, which burned some 22,000 acres.

This fire season has been comparatively mild. Rogers said DNR fire crews have responded to 183 fires this year, which have burned a combined 719 acres. The bulk of them were human made, often caused by escaped flames from a burning debris pile.

Compare that to Oregon, where the Beachie Creek Fire smoldered for weeks deep in the rugged, difficult-to-reach Opal Creek Forest before strong winds whipped it into a massive inferno that had burned more than 190,000 acres as of Tuesday.

“Very rarely do we ever see something like that,” Rogers said.

As part of a mutual aid agreement with the U.S. Forest Service, Michigan has sent more than 30 fire personnel and five fire engines to the West Coast to help combat the blazes, Rogers said.

Is Michigan vulnerable to similar natural disasters from climate change?

Yes. But rather than the drought-fueled megafires or the West of the increasingly strong hurricanes of the Gulf states, Michigan’s primary climate hazard will be water, said State Climatologist Jeff Andresen of Michigan State University.

The blazes burning out West and sending smoke into Michigan, Andresen said, “are an example of the extreme conditions we can expect, just in another form.”

And it’s not a future threat, he said. It’s happening now.

The past five years have been Michigan’s wettest five-year period on record, Andresen said. Last year was the wettest since record-keeping began, with statewide average precipitation of 41.8 inches—a full 10.7 inches above the long-term average.

And with more rain comes more flooding, and more loss of life and property.

For a glimpse at the expected toll, look no further than the extreme rains that flooded out mid-Michigan and caused two dam failures in May, yielding multiple class-action lawsuits and more than $200 million in damages. Or the Father’s Day floods of 2018, which killed a 12-year-old boy, damaged 900 homes and caused $100 million in public infrastructure damages in the western Upper Peninsula. Or the metro Detroit floods of August 2014, which registered as the most costly weather disaster in Michigan history.

The message for Michiganders, said Paige Fischer, an associate professor in the University of Michigan School for Environment and Sustainability who studies how people adapt to climate change, is this:

The smoke’s impact in Michigan may be little more than a tinted sky. But “there are major climate-driven changes happening in Michigan right now that are transforming our ecosystems.” 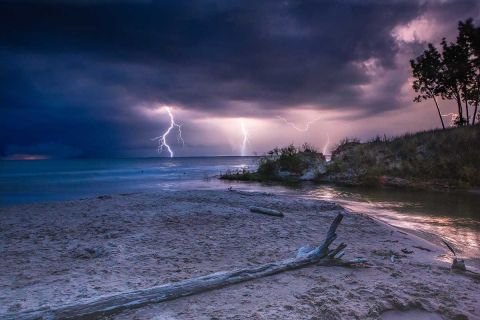 Michigan is no Texas, but it has grid reliability issues of its own 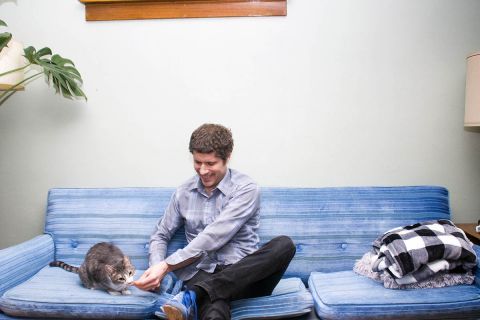 I share a house with my cat, Ling Ling, and my roommate PFAS