University of Michigan: We’ll spend billions to be ‘carbon neutral’ by 2040

The University of Michigan is set to announce a multi-billion dollar commitment to achieve full carbon neutrality by 2040 at a Board of Regents meeting today. In doing so, U-M is joining several Michigan-based companies and the state itself in working to lessen dependence on fossil fuels and reduce greenhouse gas emissions.

An institution is considered carbon neutral when the total amount of greenhouse gases it emits is equal to the amount it removes from the atmosphere.

Yet many student activists and faculty on campus say the administration’s timeline fails to meet the urgency of the climate crisis, with scientific estimates stating that humans will need to make massive cuts to greenhouse gas emissions before 2030 to prevent the worst effects of a warming planet.

U-M’s efforts to go carbon neutral is a cautionary tale of the challenges that fossil fuel-reliant institutions face in race to fight climate change: if one of the most wealthy and liberal universities in the world will take another 20 years to fully stop releasing greenhouse gases into the atmosphere, what does that mean for the rest of the world?

Among the measures university leaders are expected to announce at the meeting include plans to heat and cool the campus with a geothermal system instead of burning natural gas, convert the university’s transportation fleet to electric vehicles, and establish new building standards to make new construction projects more energy efficient.

U-M also announced its intention to cultivate a “culture of sustainability” across its three campuses. The administration intends to collaborate with department leaders to incorporate principles of carbon neutrality into its academic programs. This would include developing courses that consider how environmental sustainability is involved in various fields of study.

University of Michigan President Mark Schlissel emphasized in a statement released before the meeting that reducing greenhouse gases and promoting sustainability opportunities for other institutions to adopt is critical to the school’s mission.

“To fulfill our mission as a public research university, we must address the climate crisis by leading the way on our campuses and beyond, creating, testing and teaching the knowledge and technologies that will transfer to other large institutions,” Schlissel said.

Reducing U-M’s emissions to net-zero will not be easy. According to the Office of Campus Sustainability, the Ann Arbor campus’ greenhouse gas emissions in the last 15 years peaked at 721,839 metric tons of carbon dioxide in fiscal year 2011, the same year former U-M president Mary Sue Coleman announced the university would commit to cutting back on its emissions. The campus emitted 592,737 metric tons in fiscal year 2020.

These numbers account for the greenhouse gases that the university directly releases into the atmosphere, such as from its natural gas power plant or university vehicles, as well as the amount of emissions generated by the electricity and heating and cooling options purchased from utility companies.

The announcement followed over a year of planning and research from a carbon neutrality commission that Schlissel appointed to develop recommendations for achieving net-zero emissions on U-M’s Ann Arbor, Flint, and Dearborn campuses. The commission, composed of faculty, students, and outside experts, created research teams to develop its proposals for net-zero emissions, and the group published its final report in March.

Michigan is ranked 10th in the nation in emission of greenhouse gases. The state emitted 162.3 million metric tons of carbon dioxide in 2018, about 3.1 percent of the country’s overall emissions.

There have been efforts across Michigan to reduce the state’s carbon emissions. Several manufacturers and utilities have previously announced carbon neutrality commitments, including General Motors (by 2040), Ford Motor Co. (2050),  DTE (2050) and Consumers Energy (2040). The auto companies are investing heavily in electric vehicles and using renewable energy to power their manufacturing.

In September 2020, Gov. Gretchen Whitmer announced plans to achieve carbon neutrality for state operations by 2050. Whitmer said in April that all state facilities will be powered by renewable energy by 2025.

Daniel Hurley, CEO of the Michigan Association of State Universities, praised the plan.

“As a globally and nationally recognized public institution, it makes a very strong statement for the University of Michigan to make such a significant commitment,” Hurley said. “The goal of seeking carbon neutrality, given the size of that institution’s footprint, will make a positive impact on our environment.”

Drew Horning, managing director of the U-M Graham Sustainability Institute who will serve as an advisor to Schlissel on these efforts in the short-term, said U-M’s position as a leading research institution makes it critical for the University to fight the climate crisis.

“Science has made the verdict that climate change is an existential threat globally and the world needs to take action to address it,” Horning said. “If our role is to show leadership in society, then we can't back away from that challenge.”

The university’s commitment will require a significant investment to bring down these emissions on its three campuses, and the carbon neutrality commission was not tasked with addressing how the university would finance these ventures. The commission estimated implementing the geothermal heating and cooling system alone would cost nearly $3.37 billion.

Horning said some measures would pay for themselves, such as efforts to make buildings more energy efficient. To finance more costly endeavors, Horning said the University would pursue multiple sources of funding, including possible federal funds from infrastructure bills, research grants, and donor funds.

When asked if tuition would need to be increased to pay for the changes, Horning said the university would need to strike a balance between pursuing carbon neutrality and not forcing anyone, including students, to bear the brunt of the bill.

“We have to figure out how we can carry forth the mission of the university with carbon neutrality at the center … but certainly there's no intention to overly burden anyone on this,” Horning said.

Faculty and activists at U-M have a mixed reaction to the university’s plans for going carbon neutral.

“I think the timeline is too long,” said Adam Simon, professor of Earth & Environmental Sciences at U-M, who has been active in urging the University to reduce its carbon emissions as a part of the organization Voices for Carbon Neutrality. “We can't wait for 2040 and 2050. We've got eight and a half years to finish, we've got to get it done. We don't have time for death by committee.”

Noah Weaverdyck, Physics PhD student and member of the student activist organization Climate Action Movement, said the university is capable of being more ambitious and was neglecting its role as a leading research institution.

"We should be at the very forefront of addressing this crisis,” Weaverdyck said. “We operate for the public good. There's nobody who is better positioned to actually tackle this than us, we should be far above and beyond any of the targets set by pretty much any other institution, and yet we're not, we're still behind.” 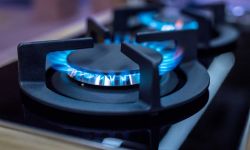 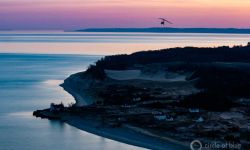