Gov. Gretchen Whitmer speaks at the Detroit Regional Chamber’s annual policy conference this week on Mackinac Island. Whitmer said she continues to work with Enbridge Inc. on an agreement to speed up construction of a tunnel (Bridge photo by Lindsay VanHulle)

MACKINAC ISLAND — Canadian energy giant Enbridge Inc. on Thursday announced it can finish a tunnel to house the controversial Line 5 oil pipeline in the Straits of Mackinac by 2024 at the earliest, shaving years off previous estimates.

Enbridge said in a statement that construction could start as soon as 2021, and the existing pipeline would be shut down as soon as the new one opened. The company originally said it would take seven to 10 years to build the tunnel, which was part of a deal negotiated with former Gov. Rick Snyder, a Republican, last year.

Snyder’s successor, Democratic Gov. Gretchen Whitmer, told reporters Thursday that Enbridge’s accelerated construction estimate signals she and the company may be making progress toward more quickly replacing the aging twin pipelines beneath the Straits of Mackinac.

Yet Attorney General Dana Nessel, a Democrat, promised this week to take Enbridge to court if negotiations are unsuccessful, potentially by the end of June. Whitmer told reporters Thursday she wants to avoid litigation, citing the likelihood that it could take more time to get Line 5 out of operation.

“I am concerned that if we don’t have a date certain on when that pipeline comes out of the water, that the attorney general’s going to want to go to court, and I think going to court creates a lot of uncertainty,” Whitmer told reporters at the Detroit Regional Chamber’s annual policy conference on Mackinac Island.

“We could be locked in litigation for a long time,” Whitmer said. “Meanwhile, the pipeline stays in the bottom of the water. And that's what I’m worried about.”

The Enbridge talks set up a potential conflict between Whitmer and Nessel on Line 5, as the Democrats take different approaches publicly on how to proceed. Nessel also broke with Whitmer this week related to a lawsuit questioning whether students have a constitutional right to literacy, saying she intends to file an amicus brief supporting Detroit’s schools, while a lawyer defending the state and Whitmer did not address the literacy question in seeking to dismiss the suit.

Whitmer and Nessel said they are working collaboratively, and share the goal of getting the Line 5 pipeline out of the water as quickly as possible.

“I wouldn’t characterize it as a disagreement” with Whitmer, Nessel told Bridge this week on Mackinac Island.

“We both have the same objective, and that is to get the oil out of the water as quickly as possible,” Nessel said. “We both feel very strongly about the notion that Line 5 is a constant threat to our state and that we are in jeopardy.

“The governor wanted an opportunity to negotiate with Enbridge, to see if they could agree to a very quick timeline in terms of getting Line 5 decommissioned,” Nessel said.

“Rather than enter the state into protracted litigation on this that could take quite some time, of course I want to provide her with the opportunity to see if she could negotiate something quickly. And I’ve given her that opportunity. And if those negotiations prove to be unsuccessful, then certainly, I plan to act.”

Whitmer began talking with Enbridge about speeding up the tunnel’s construction in April. She halted work on the tunnel plan in late March, following the release of an opinion from Nessel that a lame-duck law creating a tunnel oversight board is unconstitutional.

Enbridge last year signed agreements with Snyder’s administration to move forward on the tunnel project, citing the need to ensure availability of propane to meet energy needs of the residents of Northern Michigan and the Upper Peninsula.

Line 5 is controversial in part because of its age, 66 years, and because of the risk — however small — that a rupture could cause a devastating oil spill in the Great Lakes. An anchor strike last year damaged parts of the pipeline. Environmental groups oppose the tunnel. Residents opposed to the tunnel protested on Mackinac Island during the conference this week.

“Enbridge has committed to construct the tunnel as quickly as prudently possible and to advance a number of additional protective measures while we construct the tunnel,” Enbridge’s statement said. “Given the attorney general’s opinion that the previous administration tunnel authority is invalid, Enbridge engaged and has continued to engage the state about alternatives to address that concern.”

The company said it “is prepared to invest $500 million to build this tunnel solution.”

Whitmer’s approach to Line 5 is more measured than it was during her campaign for governor last year. As a candidate, Whitmer vowed to file an injunction to shut down Line 5 on her first day in office. She opposed Snyder’s tunnel agreement with Enbridge, saying it would tie the hands of the next governor and she would challenge it in court.

On Thursday, she told reporters that her job is “to get the best deal that I can for the state” and lower energy costs for Upper Peninsula residents.

“The attorney general and I have been very close on this issue,” Whitmer said. “Dana Nessel is doing her job. I have a great deal of respect for Dana. She is smart, and she is tough, and we share the same goal of getting the oil out of the water. And I’m trying to make sure that we do it in a responsible way that protects our water and gets it done once and for all.” 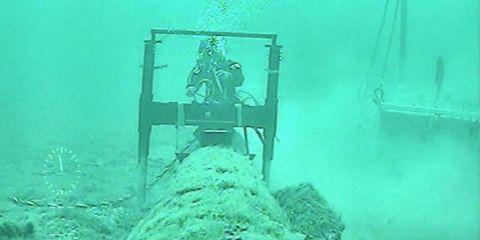 The Court of Appeals decision this week means Enbridge can move forward for now with next steps on the project, including permit requests needed for tunnel construction 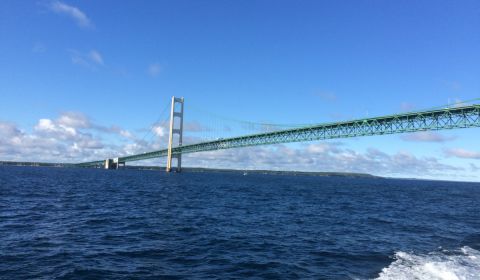 A strange-bedfellows coalition of Trump supporters and progressive Democrats are finding common ground in opposing the Enbridge oil lines in the Straits of Mackinac, united by deeply personal ties to the Great Lakes. 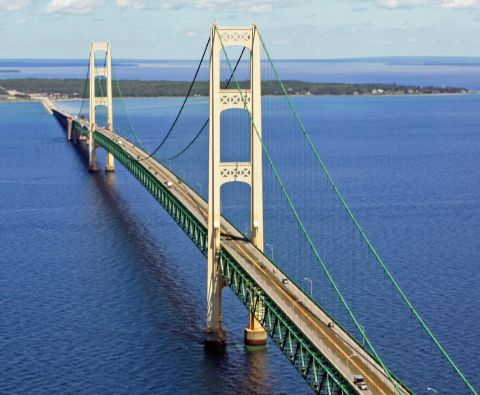 Enbridge lost rods in the Straits. It didn’t tell Michigan for two months.

Enbridge says the accident involving lost rods at the bottom of the Straits of Mackinac doesn’t pose an environmental risk. But some environmental groups are worried it indicates problems to come.

So now we have a new absolutist unaccountable office we never knew we had the AG! All that is required is say (in their opinion) such and such is unconstitutional and va la you can change the law. More evidence that the 63 Mi constitution was a garbage document. To our friends on the left in spite of the fact that you agree with what she's doing, be careful what you wish for because new precedent is being set and there will be another AG you're not so keen about,who will happily pick up where she leaves off. Maybe it's wishful thinking that this can be recognized?

So now we have a new absolutist unaccountable office we never knew we had the AG! All that is required is say (in their opinion) such and such is unconstitutional and va la you can change the law. More evidence that the 63 Mi constitution was a garbage document. To our friends on the left in spite of the fact that you agree with what she's doing, be careful what you wish for because new precedent is being set and there will be another AG you're not so keen about,who will happily pick up where she leaves off. Maybe it's wishful thinking that this can be recognized?

They have a pipe line all ready running through Chicago to Canada!! WE get NONE of the Gas just the environmental disaster! Just look to their oil spill a few years ago in a western Michigan river..... The state had to pay for the clean up,,, Ruling from the right wing courts!!!

Feelings and opinions have nothing to do with establishing laws. The job of the executive branch is to enforce existing laws. The legislative branch makes new law, or changes or deletes existing law. The Supreme Court determines whether or not a new law is valid under the constitution. If you want the existing pipeline out of the water, then get the legislature to make a law saying no pipelines in the water. You can get the legislature to do this by either talking to your representative or electing a representative who will listen to you.

That is all fine and well.

Let it be know from this time forward that conservatives are TAKING OWNERSHIP OF THE PIPELINE ACROSS THE MACKINAW STRAITS!

Since it has been said, so shall it be done!