May 7 update: Michigan stay-at-home order extended to May 28

GOP leaders are asking the Michigan Court of Claims for an immediate ruling declaring that Whitmer’s emergency orders, including her stay-at-home and business closure mandates, are “invalid and unenforceable” because the Legislature did not extend her emergency authority.

They say a ruling of that kind would require the Democratic governor  to work with the Republican-led Legislature on plans to reopen the economy, a collaborative approach Senate Majority Leader Mike Shirkey and House Speaker Lee Chatfield contend the governor has so far refused.

“It’s a sad day for our state, because we truly should all be working together,” Chatfield, R-Levering, said in a press conference at the Michigan Capitol. “We believe this is a necessary step to ensure that millions of people in our state have their voices heard.”

Whitmer’s office called the lawsuit “another partisan game that won’t distract the governor” and said her “No. 1 priority is saving lives,” an apparent callback to Shirkey’s recent suggestion his top priority is a petition drive to try and repeal an emergency authority law.

“She’s making decisions based on science and data, not political or legal pressure,” said spokesperson Tiffany Brown, who noted the governor is working with a team of business, labor and health advisers on a plan to reopen the economy in phases, by region and industry. “Moving forward, the governor will continue to listen to medical experts and put the health and safety of Michiganders first.”

GOP leaders allege Whitmer violated a 1976 law requiring legislative approval to extend emergency and disaster declarations beyond 28 days.  The suit contends that, by continuing to issue and enforce executive orders, she also violated the separation of powers clause of the Michigan Constitution and encroached on legislative authority by effectively passing laws.

Emergency status allows Whitmer to continue revising and issuing executive orders to respond to the pandemic. When the Legislature denied her requested extension last week, Whitmer issued a series of new emergency declarations and said she has clear authority to do so under a separate 1945 law that does not require legislative approval.

The Emergency Management Act of 1976 includes a provision stating that it does not “limit, modify or abridge the authority of the governor to proclaim a state of emergency” under the Emergency Powers of Governor Act of 1945.

But the 1945 law, reportedly inspired by a Detroit race riot two years prior, was designed to facilitate responses to local emergencies, not the kind of statewide emergency Whitmer continues to assert in her response to the COVID-19 pandemic, the lawsuit contends.

The statute gives Whitmer the authority to act “within” the state, not “throughout” it, said attorneys from the Troy-based Bush Seyferth law firm who are representing the Legislature in the caes, along with House and Senate legal counsel. The law also references areas, zones and sections, which suggests it was intended for localized responses, they said.

Allowing Whitmer to proceed without legislative approval would place “no meaningful limits on the governor’s power at all” and is therefore “nonsensical,” according to the complaint. And letting her simply issue a new declaration every four weeks would produce “absurd results.”

“Then a state of emergency or disaster can exist forever, as does her power to rule the state via executive order,” attorneys said. “That is a staggering abuse of power.”

Two outside attorneys who spoke with Bridge Magazine last week questioned whether the Legislature had any legal recourse to challenge Whitmer in court, with one calling the governor’s statutory authority “crystal clear on its face.”

The 1945 law includes a provision stating that it should be “broadly construed” to allow the governor to exercise state power in a time of crisis or disaster, which could be “problematic” for the GOP case, Liedel said.

“They’re going to ask the court to make a very narrow interpretation of a statute that the Legislature has enacted — a law — that says it must be interpreted broadly to effectuate the governor’s powers,” he told Bridge. “That’s a potential issue.

Given the magnitude of the case and pandemic, the lawsuit is expected to end up before the Michigan Supreme Court, which means the Legislature could incur significant costs as it retains private attorneys.

“Personally, I don’t start any lawsuits unless I’m willing to take it all the way,” said Shirkey, R-Clarklake, who told reporters he thinks the Legislature has a “responsibility” to challenge Whitmer’s continued authority to act unilaterally.

Whitmer’s emergency declarations allow her to continue issuing executive orders amid the pandemic, including her stay-at-home mandate she has relaxed in recent weeks to allow for the construction industry, landscapers and other outdoor businesses to resume operations. Retailers that sell non-essential items are now allowed to operate for curbside pickup only.

Republicans had requested those changes but say Whitmer could have acted sooner, and they maintain she has not explained to them how she is making critical decisions that impact residents across the state.

As of Tuesday, COVID-19 had killed 4,179 people in Michigan, and the state had confirmed 44,397 cases since March 10. The public health crisis has led to an economic crisis, with more than 1.2 million state workers applying for unemployment benefits since mid-March.

“Regardless of what you may have heard,” they are “valid and enforceable,” Nessel said in a memo.

Chatfield said Wednesday he is encouraging residents to “exercise reason” and use their best judgement about compliance with Whitmer’s orders.

“I am not encouraging any civil disobedience or mass chaos at this point,” he said, “but I think these orders are legally questionable. That’s why we are going to court.”

Shirkey said Monday the Legislature was unlikely to sue Whitmer until next week and announced plans for a petition drive to overturn the 1945 law, which he called “probably the No. 1 priority right now.”

But he and Chatfield said Wednesday they filed the suit now in hopes of swift resolution.

Senate Minority Leader Jim Ananich, D-Flint, made clear his caucus does not support the lawsuit and wants to focus on “finding solutions for Michigan families and workers.”

“We are appalled that those across the aisle are choosing a global pandemic as the time to pick political fights with the governor instead of focusing on what we can do to help the people of our state,” Ananich said in a statement.

“As Michiganders are stretching their dollars and worrying about their livelihood in the face of a global pandemic, legislative Republicans are distracting time and attention away from the state’s response to COVID-19 and squandering scarce taxpayer resources in another dubious attempt to undermine efforts to address this unprecedented public health crisis,” Greig said in a statement. 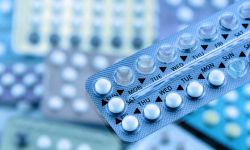 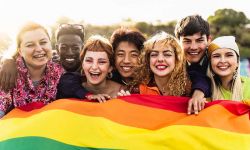