Shri Thanedar lost his virginity to a hippie. Patrick Colbeck sold his “Star Trek” uniform to raise money to run for office. And Bill Schuette refuses to wear dress shoes with laces.

That’s what I learned reading autobiographies of Michigan governor hopefuls.

Summer beach reading season is upon us. And so is political season. Naturally, Bridge Magazine is marrying both. In four days, I devoured the memoirs of three Democratic and Republican hopefuls. Because, frankly, who else would?

Political tell-alls are often trite. But they can be instructive, humanizing pols and offering clues to their decision-making, values and leadership styles. Many rely on a formula: Confess youthful foibles, overcome challenges and mature into statesmen ready to sacrifice and lead for the public good.

Or, if you are Thanedar, make a boatload of money and buy a mansion with a swimming pool.

The Democratic businessman’s book was published in 2008, years before he even considered entering politics. Perhaps that explains why his memoir, “The Blue Suitcase: Tragedy and Triumph in an Immigrant’s Life,” lets it all hang out. It's blunt, sometimes shocking, and at points very sad.

Books by his GOP counterparts, in contrast, often read like campaign literature: Schuette’s “Big Lessons from a Small Town,” an aw-shucks 2015 memoir with quotes straight from the Successories store; and Colbeck’s just-published “Wrestling Gators: An Outsider’s Guide to Draining the Swamp,” which bills itself as a damn-the-torpedoes manifesto but, disappointingly, doesn’t dish dirt.

Because we’re coming down from a holiday weekend, here’s the CliffsNotes guide to all three. You’re welcome. 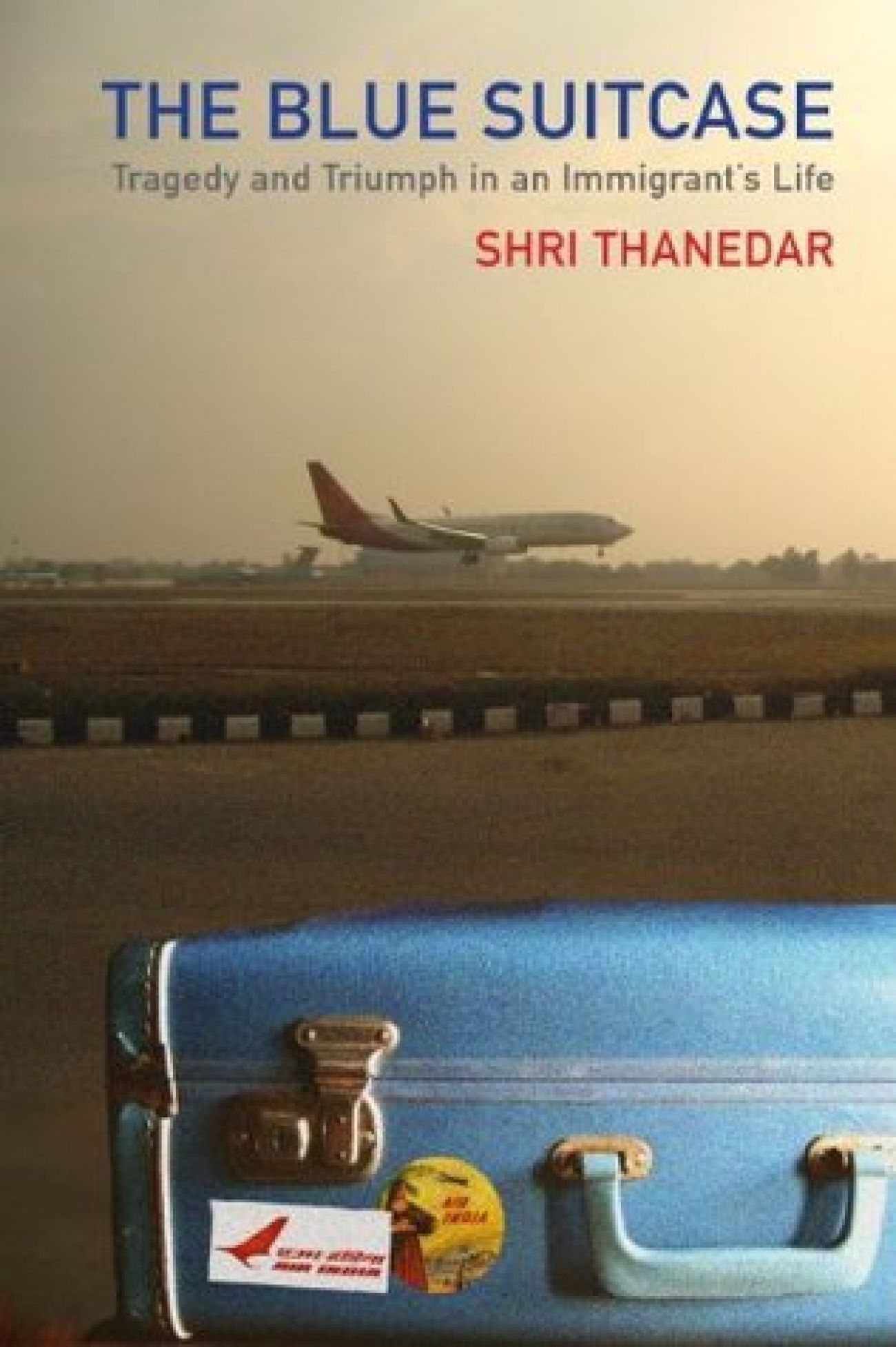 The Blue Suitcase: Tragedy and Triumph in an Immigrant’s Life, Shri Thanedar

Overview: Poor boy from India overcomes great odds. He goes to America, works hard, buys chemical testing companies and becomes a millionaire. Along the way, he learns hard lessons about love and the balance between family and work.

Hardships: Where to begin? Thanedar came from a big family that drank river water and used cow dung to wash walls. He was repeatedly denied visas to pursue his education in the United States, slept in a car as a college student in Ohio, and had his electricity shut off. And finally, after he makes it big, his wife and the mother of his two young sons commits suicide. He spares no detail. (“‘Nobody needs me,’ she said. ‘I am a burden.’”)

Politics: Not much. Thanedar is running this year as a progressive, but writes of his love of a Libertarian patron saint, author Ayn Rand (“that’s when the seed of capitalism took root in me”).  As a child, he wrote letters to the editor — but only to see his name in print. Thanedar makes vague references to gender equity (“I thought it unfair: A boy and a girl should be equal”) and specific ones to his “unconditional love of America,” which rewards “hard work and courage,” not “caste or inheritance, bribery or connections.” Curiously, the book ends with Thanedar pondering a second career in show business (“I am ready to do something more creative — direct movies, maybe, or learn to paint.”)

Governance style: A chemist, Thanedar takes a metric-based approach to life and business. Each week, he makes a checklist and grades himself on everything from profits to his relationship with his two sons. Gradually, he learns to delegate.

Fun facts: Thanedar got two false teeth because he was buck-toothed. His sense of smell was permanently damaged in an industrial accident (“I would never again smell the velvety spice of sandalwood.”) After remarrying, he designed and built a mansion in St. Louis with “a grand double staircase like a movie set ... and the feel of a luxury cruise ship.” The book ends before the market crashes and he loses his home to foreclosure, before rebuilding his fortune in Michigan.

Humblebrag: “As happy as it made me to buy an 18,000 square-foot house, I think I was even happier when I built myself that little study room in the attic back in (India.) Money isn’t really the point. Freedom is.” 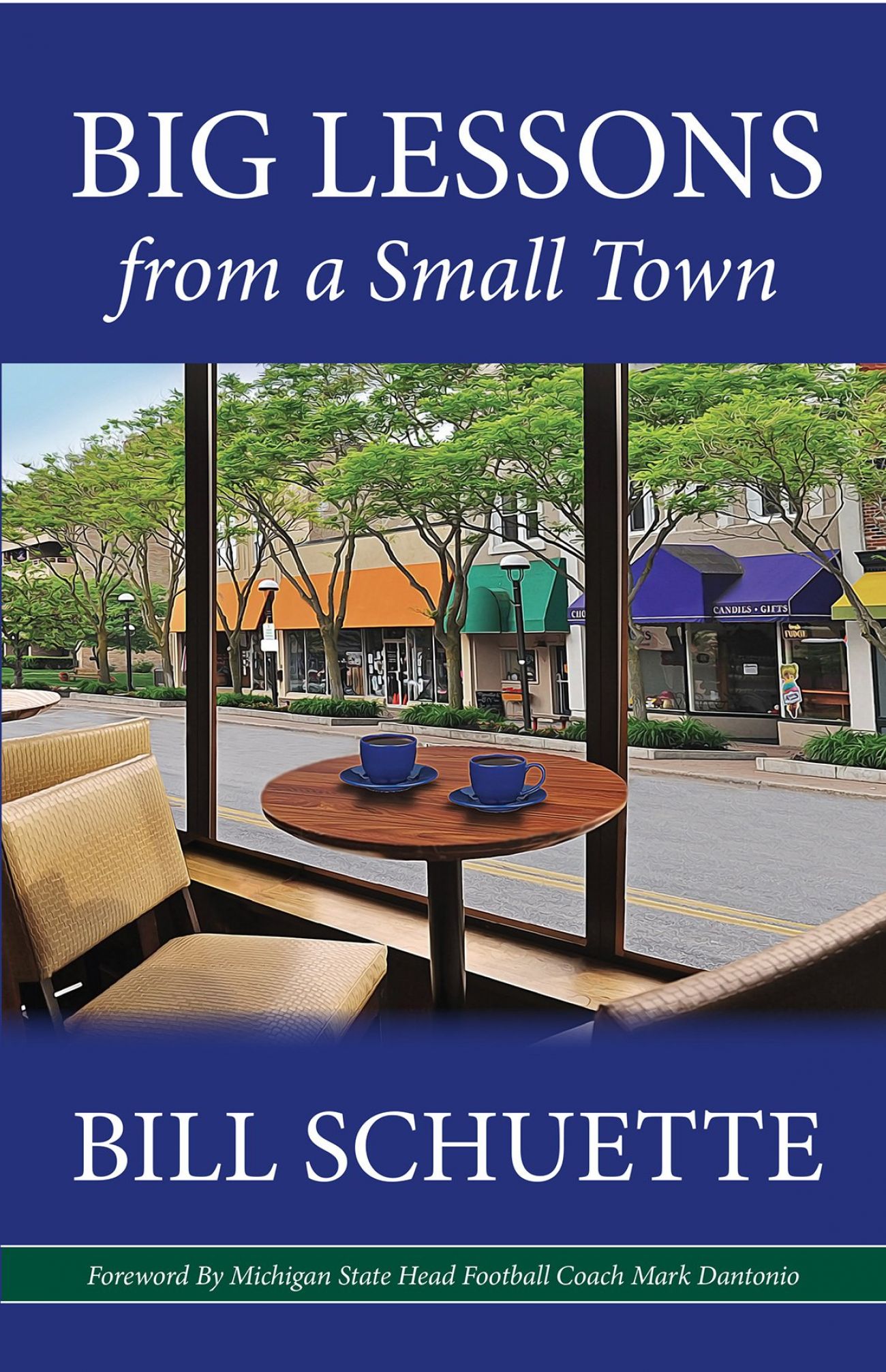 Overview: Young buck goes to Washington, lets it get to his head and gets his comeuppance. Humbled, he goes home to Midland, remembers the lessons of the heartland, finds love and dedicates himself to public service.

Surprises: Schuette does as good a job as any of his critics of portraying himself as a blueblood Republican and career politician. Schuette is now touting the endorsement of President Donald Trump, but the 2015 memoir was released before the New York City businessman won the Republican nomination by lambasting its establishment leaders. Schuette’s book details his stint as a campaign worker and driver for future president George H.W. Bush in the 1970s and relationships with GOP all-stars including former President Gerald Ford, beltway insider James Baker, Amway founder Richard DeVos Sr. and former U.S. Rep. Dave Camp. And yes, he got the political itch early: His slogan, “Schuette on Duty,” was first used in an elementary school student council campaign.

Hardships: Fresh off being crowned a “Hunk on the Hill,” Schuette gave up a safe seat in Congress and challenged then-U.S. Sen. Carl Levin in 1990. He did so against the wishes of his stepfather, former Dow Chemical chairman Carl Gerstacker. Schuette was shellacked. But he was consoled by President Bush. Days later, Schuette became engaged to Grand Rapids TV news anchor Cynthia Grebe and went to work in Gov. John Engler’s administration. Eventually, Schuette reconciled with Gerstacker.

Politics: Not much policy, but plenty of praise for bipartisanship, humility and community values like not being a phony. His advice: Write letters by hand, answer your own phone (like former Vice President Dick Cheney, “a fine man and a lot more personable than he’s given credit for”) and listen more than you speak. Schuette makes his points with plenty of quotes (“As Spider-Man’s Uncle Ben reminds us, ‘With great power comes great responsibility.’”)

Governance style: Schuette praises teamwork, deflecting praise, allowing others to succeed and “blending our agendas.” He regrets his youthful “transparent ambition” and claims “when people ask about my future career goals, the big difference from my early political days is that I don’t know where the path leads, and I’m fine not knowing.”

Fun facts: Worked as “head potato boy” at Ponderosa Steakhouse as a teen. Attended at least seven Kenny Chesney concerts. Likes casseroles, hardware stores and pouring coffee at community events. Hasn’t worn dress shoes with laces since 1984, when his advisers told him to do so to look older.

Humblebrag: “Around the water coolers in Capitol Hill, ‘Pulling a Schuette’ became the shorthand for someone who gave up a safe Congressional seat for an uphill battle against a tough, well-established incumbent U.S. Senator.” 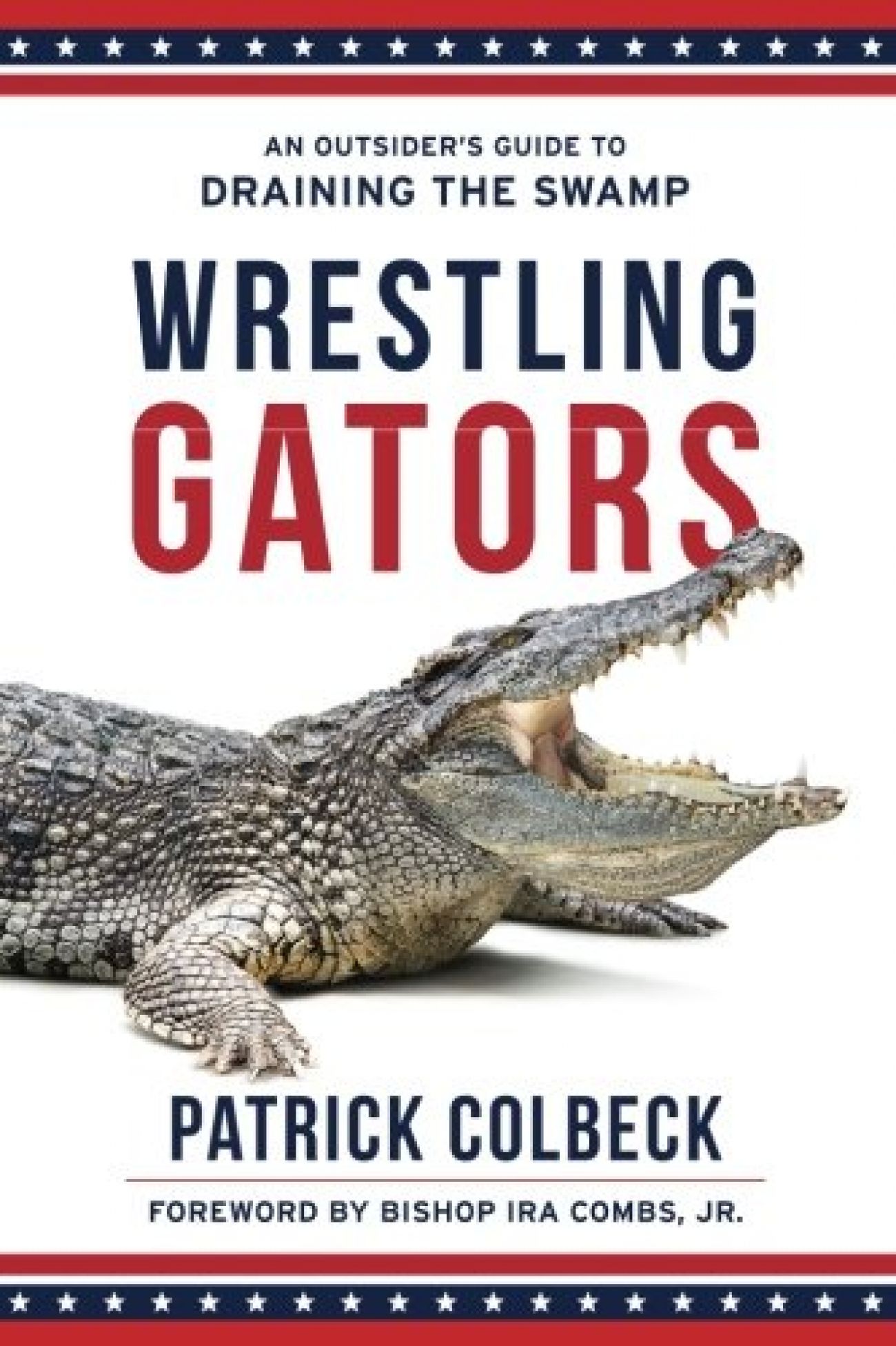 Overview: Class is in session, and Colbeck is dishing about how government really works. Awakened by the Tea Party movement, the aerospace engineer liquidates his retirement savings to run for state Senate. Once in Lansing, though, he’s shocked to learn that some fellow Republicans don’t want to upset the status quo.

Surprises: He claims his phone was mysteriously tapped during debate about Right to Work, a movement he led in 2012 that ended the practice of requiring workers to pay union dues or fees as a condition of employment. He offers few details about the claim, though, and instead moves on to lists. Colbeck loves lists. Curious what a district court is? Or what shoes you should wear on a campaign (answer: “comfortable”)? They’re in Colbeck’s lists, along with more substantive ones detailing his opposition to electric smart meters, Obamacare and omnibus budgets, and the difference between “public servants” and “swamp servants” who serve the system. Who are these swamp servants? Colbeck generally doesn’t name names.

Hardships: One of the most conservative members of the Legislature, Colbeck says he ran afoul of Republican leaders for opposing Medicaid expansion, the Common Core education standards, and a statewide tax referendum for road repairs. Colbeck writes he clashed so much with GOP Senate Majority Leaders Randy Richardville and Arlan Meekhof that the Capitol became a “hostile work environment.”

Politics: Plenty. Colbeck lays out his prescription for what ails Michigan. Government has strayed from the Constitution and God. Returning to charts, he writes he has “bold, principled solutions” for a host of issues (education, roads, energy, health care, job creation and election integrity) that buck the “orthodoxy of the swamp.”

Governance style: Colbeck has a lot of answers (“my principled service to date has been appreciated by detractors as well as supporters”) if only the “swamp denizens” who control government would listen. One thing is for sure: Restoring faith in government begins by “first restoring faith in God” and electing “leaders that fear God.”

Fun facts: So shy as a teen Colbeck avoided shopping, lest he interact with cashiers. Uses a Christian-internet TV service at home to avoid objectionable content (“we still have access to news and old shows like Magnum P.I., but Higgins would be bleeped out when he used the Lord’s name in vain.”) Worked on the International Space Station project for Boeing. Besides his Star Trek uniform, Colbeck also auctioned “my largest remaining pieces of the Berlin Wall” to raise money for his campaign.

Humblebrag: Colbeck lets others do the bragging. His book includes a section of quotes praising Colbeck. Most are anonymous. A sample: “I believe the work you are doing will impact generations … –  RK, citizen.”

Quiz: Match the quote with the Michigan governor candidate

Three Michigan candidates for governor have written memoirs: Shri Thanedar, a Democratic retired businessman; Patrick Colbeck, a Republican state senator, and Bill Schuette, the Republican attorney general. See if you can match the book excerpt with the author.