Even with four Michigan prisons on partial lockdown amid a surge in cases of the coronavirus, thousands of inmates continue to gather in group classes for GED degrees in about two dozen prisons across the state.

It’s raising concern among teachers and corrections officers that class meetings will further the spread COVID-19 within the Michigan Department of Corrections. At least 80 inmates in nine prisons and 14 prison employees have tested positive for the virus.

“As the virus continues to spread and when facilities have outbreaks, we would strongly advocate for suspending or limiting the GED classes and all other programming groups and activities,” said Byron Osborn, president of the Michigan Corrections Organization, which represents about 6,500 corrections officers and security assistants.

Osborn acknowledged shutting down classes could pose a risk of its own in a system that depends on daily classes and other activities to maintain order and relieve tensions within a population of some 38,000 inmates.

“It’s a double-edged sword,” he told Bridge Magazine. “These classes do lead to a greater risk of spreading the infection. But being a corrections officer for 25 years, I know it’s very difficult to take the entire population and say, ‘Stay in your cell.’ That generates anxiety that’s more likely to result in disturbance situations.”

A woman who taught classes to prisoners in the state system for 10 years, and remains in touch with current teachers in the system, said teachers leading the prison classes will only add to the spread of the virus.

“They are scared,” said the woman, asking to remain anonymous out of concern that her identification could jeopardize teachers she speaks to within the system.

“They have no protection against the virus in these classes. This seems like another way it could spread.”

Taught by dozens of state-certified teachers, GED classes are built around basic instruction in reading, math, social studies and science to prepare inmates to pass the high school equivalency test.

Even with MDOC guidance that teachers try to maintain a social distance of six feet, she said that’s not always possible.

“There are times when you are going to be two or three feet away,” she said.

MDOC spokesperson Chris Gautz said prisons are balancing measures to stop the virus against the need to maintain routines. He also noted that prisoners must have a GED, a high school equivalency certificate, to be eligible for parole. About 50 percent of inmates lack a high school degree when they enter prison.

“At two-thirds of the prisons, we don’t have cases of the virus and the classes are continuing as normal,” Gautz noted.

“We do that for a couple reasons. We are trying to keep operations as normal as possible to keep our population as focused as possible.”

Gautz said the coronavirus puts prisons in a bit of a bind. Because prisons and jails, with their often crowded cells and close quarters, can spread infection, there have been calls to release nonviolent offenders from these facilities.

But to be released, “they have to have a GED.”

After suspension of GED classes at the four prisons, Gautz estimated 3,100 inmates are still enrolled in group classes in 23 prisons throughout the state.

He said MDOC has pared class sizes in half, so they now have six to eight inmates. 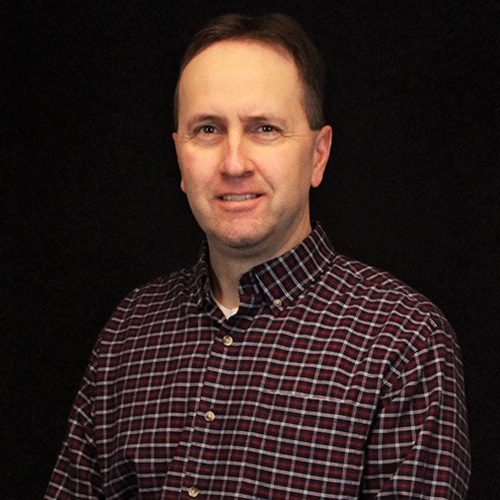 To protect prison staff, MDOC offers them a change of clothing when they end their shifts so they can leave their prison clothing to be laundered.

“They are having to go home,” Gautz said. “But they are asking, ‘Should I go home?’ We have some staying at hotels after their shifts (or) they are staying in their garage.”

On March 13, MDOC launched a series of steps to block the spread of the coronavirus, including a ban on prison visitors, stepped-up sanitizing procedures and screening for symptoms and temperature checks of all prison staff.

It left the GED classes intact, even as it suspended face-to-face college classes at all prisons.

Gautz said MDOC shut off college classes because they are taught by outside university and community teachers who are banned from state prisons under the system’s prohibition of outside visitors. GED classes are taught by MDOC employees.

Even before a spike in COVID-19 cases in Michigan prisons, experts warned about the unique dangers of prison settings, and not just for inmates and staff.

When COVID-19 takes hold in a prison, “it’s a problem for the public,” said Marc Stern, former medical director for the Washington State Department of Corrections.

“It can spread outside facilities, through officers and staff, to families and the community,” said Stern, who is advising the National Sheriffs’ Association on how jails should manage the coronavirus outbreak.

Gregg Gonsalves, a Yale School of Public Health epidemiologist and expert on disease in prisons, told Bridge that ongoing group classes add to an environment already ripe for an outbreak.

“I would put those classes on hold for the duration of the epidemic,” he said.

“But prisoners are still going to be sharing bathrooms and hallways and common space. These are facilities that are just perfect for breeding infections.

Gonsalves said he advocates releasing prisoners that don’t pose a threat to the public, particularly those over age 65 with underlying health conditions, which makes them among the most vulnerable to COVID-19.

“Everyone I have been speaking to realizes this is an extremely serious situation. You have to get the most at-risk people out of there.”

On Sunday, Gov. Gretchen Whitmer signed an executive order suspending jail transfers among prisons. She also suspended provisions of the Jail Overcrowding Emergency Act to give local officials more flexibility to release jail and juvenile detention inmates who do not pose a threat.

On Monday, Whitmer said she was considering using her executive powers to order the early release of low-risk and vulnerable state prisoners.

"We're looking at our (prison) population ... with an eye toward the possibility of that," she said at a news conference.

Michigan judges, meanwhile, are approving early release of jail inmates at a stepped-up pace because of the coronavirus.

In Macomb County, Sheriff Anthony Wickersham said the jail housed about 875 inmates a couple months ago. That was down to about 675 a few days ago.

In Oakland County, judges are reviewing sentences of nonviolent offenders and those with medical conditions. Four weeks ago, the Oakland County jail had 1,262 inmates. That was down to about 1,080 a week ago.

Wayne County officials said the jail has released nearly 250 inmates since the rise of coronavirus.

A few months ago, Kent County’s jail population was about 1,000. It’s down to about 850 today, Kent County Sheriff Michelle LaJoye-Young told Bridge.

Gonsalves, of Yale, said the potential of prisons to spread the deadly virus merits serious attention.

“All this is going to put thousands of people in Michigan at risk. What we know about the epidemiology of this is that what starts on the inside goes outside.”