Michigan seeks $300 per week in extra benefits for unemployed

At least 2.4 million Michigan residents have filed for jobless benefits since the coronavirus prompted business shutdowns and a statewide stay-at-home order in March.  (Shutterstock)

LANSING — Michigan is asking the federal government to provide jobless residents with $300 a week in extra unemployment benefits to replace the $600 per week pandemic bonus that expired in late July.

​​Whitmer blasted the president at the time because his order fell short of the $600 residents had qualified for and appeared to require cash-strapped states like Michigan to cover $100 of what could be a $400 weekly benefit.

But additional guidance since provided by FEMA makes clear that states can qualify for $300 a week in extra payments for their jobless residents without shouldering any additional costs.

"This program will provide some much needed support for families that are struggling to put food on the table or pay their bills, but it’s a short term Band Aid that falls short of what’s needed,” Whitmer said in a statement announcing the state's application.

“A robust congressional recovery package that meets the scale of this crisis is what’s needed to help individuals who have lost work as a result of the pandemic get through this unprecedented time.”

If approved by FEMA, it's not clear how long it would take the Michigan Unemployment Agency to make the benefit available to residents. The agency has struggled to keep up with a record surge in jobless claims.

The agency declined to provide a copy of its FEMA application, but Whitmer's office said the state will use existing Unemployment Trust Fund payments as the 25 percent match required to qualify for the extra federal benefit. That’s allowed under new federal rules.

Jobless Michiganders can currently earn up to $362 a week in traditional benefits and could qualify for another $300 if the federal government approves Michigan's application.

Trump's order, which could still be challenged in court, seeks to provide up to $400 a week in extra pandemic benefits, but qualifying for the maximum benefit would require states to chip in $100 per claimant.

Pursuing that option would have cost Michigan $90 million to $100 million a week, according to Whitmer spokeswoman Tiffany Brown.  And with tax revenue down amid the pandemic, the state is already essentially broke.

Whitmer and the Republican-led Legislature used most of Michigan's federal pandemic funding to plug a $2.2 billion budget hole for the current fiscal year, and the state is still facing a projected $3 billion budget deficit for next fiscal year, which begins in October.

Trump's order forbids states from using unemployment trust funds to qualify for the $400 weekly benefit, "which means that the state would have to find hundreds of millions of dollars and exacerbate a large budget shortfall," Brown said.

Resolving the unemployment benefits question is important for Michigan as the pandemic continues, said Gabe Erlich, economist at the University of Michigan.

The lack of clarity of how much would be paid in jobless benefits after the $600 per week additional benefit  expired at the end of July raised economic uncertainty for laid off workers across the United States.

“It remains urgent … to give people the ability to plan for their future, going forward,” Erlich said, “and to know what economic policy is going to look like.”

The CARES Act, a $2.2 trillion federal spending plan that had included unemployment benefits that lapsed, “protected a lot of people from serious financial hardship," Ehrlich said.

At least 2.4 million Michigan residents have filed for jobless benefits since the coronavirus prompted business shutdowns and a statewide stay-at-home order in March. At least 500,000 Michigan claimants were receiving ongoing payments at the start of August. 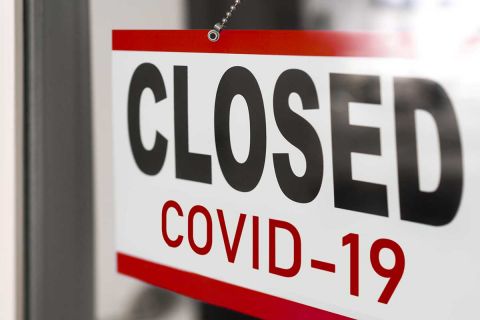 Just make sure there are safeguards in place for ID theft. We need a system with a second level of security like a pin number. We are still trying to piece together our broken lives because of all the security breaches. Instead of improving our government and national security with the latest technology, the Republicans are undermining everything and allowing their puppetmaster in Moscow to destroy us by insisting on cutting taxes and leaving computer systems in place from the 1970's-1990's, at both the federal and state levels.

Can we please just stop playing Santa Clause with taxpayer money? There is no way we can buy our way out of this. Paying people addition money to stay home is ridiculous. We have a virus with a .2% mortality rate, that is no reason to shut down an economy. If masks work then wear a mask and go to work. It is well past time for business as usual .

You have no clue what you are talking about! People that work have paid their fair share of taxes and should receive a living wage and unemployment equal to that in the mean time. If corporations paid their fair share instead of getting Trumps super tax breaks we'd probably be in surplus not super debt. Furthermore, we are the only country who refuses to shut down and are pandering to political BS instead of keeping people safe. The mortality rate of Covid is about 10%. Wayne county has had almost 30,000 cases and about 3000 deaths. Not including the people that were turned away at the hospital and died at home. Michigan is currently averaging about 1000 cases per day. We should be shut down. Other countries are giving people way more money to stay home so they can dissolve Covid and people aren't dying. We are the only country allowing this thing to rage out of control!

The poor pay federal taxes in BLOOD, SWEAT, AND TEARS. Some paid as slaves, who later suffered Jim Crow, lynching, redlining etc. Many of the poor who pick our food have their children caged or permanently taken away. Many employers exploit the poor. Stop being so freaking greedy and callous.

You could not be more wrong. A 10% mortality rate?? The statistics are very clear on the mortality rate of approximately.2%. I laugh when people demand a “living wage”. People get paid what they are worth, if you want to get paid more, make yourself more valuable to your employer.
You get what you pay for. Paying people to sit home and do nothing gets us all nothing. The pandering to political BS is the orders by Gov. Whitless who wants a bad Michigan economy and will stop at nothing to get it. The Democrats have made the political calculation that a bad economy hurts Trump so that is what they will give us. But take heart, Coronavirus has an expiration date..Nov 4th.

I can give you two of many people who I know taking more than they every put in. First, dead beat neighbor adult son 29 laid off from seasonal part time winter job make $200 a week before covid hit , never worked in the summer or collected unemployment now he has been sitting at home collect $700 a week before pua ended and now again almost $450 a week for doing nothing. The deadbeat lady that lives there worked a part time time job making a $200 a week before collecting her jackpot like her kid. They called her back to work but she refuse because she said she at high risk because they are smokers. I could tell you many more stories of people working for cash on the side and collecting. The people that always are the loser is the honest, but I bet they already have found jobs to keep their lives going.
What is the real shame is the republicans offer 70% replacement wage unemployment so people who were paid more could collect more and the dead beats who had made less wouldn't collect more, but i guess that made to much sense.

Are those who are assigned fewer work hours by their employers still be eligible for partial unemployment insurance payments from the state of Michigan? Will this new FEMA supplement to Michigan's UI also be paid to employees whose hours have been reduced by their employers due to the pandemic as the $600/week was?

I'm sure the 20% furloughed employees of the state of Michigan want to know about both, much less the people who were or still are working at retailers, manufacturers and food service jobs that may have "re-opened" but have often drastically reduced their hours.

Whitmer is a real piece of work. She bashes Trump for not providing the $600 and then she turns around and shorts the unemployed of Michigan $100 per week and the irony is that many of those unemployed, myself included, lost their income as a direct result of her ongoing orders. Whitmer is acting like an idiot.

So is Whitmer supposed to pull that extra 100$ per person per week out of her rear? Did you read the article? This will cost Michigan millions of dollars that it doesn't have. How is this Whitmers fault? Think you could do better? I highly doubt it.

Traverse City had a job fair with 160 positions. 42 people showed up! No one should EVER GET MORE money being unemployed than working. When one industry fails OTHERS GROW.