The Census Bureau is slated to release population tallies by Aug. 16, but the data will be released in a format that state officials have said it’s not user-friendly. The Bureau also recognized the difficulty in using that data, and promised that easier-to-use tallies would come by Sept. 30.
July 9, 2021
Sergio Martínez-Beltrán
Michigan Government
Michigan Supreme Court, Michigan redistricting, 2020 U.S. Census

LANSING—The Michigan Supreme Court on Friday denied a request from the state’s redistricting commission to extend the deadline this year for the body to draw new state political maps.

The order itself was a single paragraph, saying merely that the court “is not persuaded that it should grant the requested relief.”

But in a concurring opinion, two justices indicated the order was unlikely to be the court’s final ruling on whether a delay is or would be warranted.

“The Court’s decision is not a reflection on the merits of the questions briefed or how this Court might resolve a future case raising similar issues,” Justice Elizabeth Welch wrote in the concurrence, which was joined by Justice Megan Cavanagh.  “It is indicative only that a majority of this Court believes that the anticipatory relief sought is unwarranted.”

The justices also recognized the bind the new commission faces in drawing new political maps in a timely fashion and the likelihood of future litigation.

“No matter how the commission chooses to proceed, if its work is challenged then it will ultimately fall to this court ‘to determine the requirements of the constitution and to define the meaning of those requirements in specific applications,’” the justices wrote.

Michigan established the 13-member independent commission through a voter-approved constitutional amendment in 2018. The commission’s creation was historic — for decades district political lines were drawn following the census every 10 years by the political party in power in the state legislature. This led to Michigan having some of the most gerrymandered districts in the country.

In April, the Michigan Independent Citizens Redistricting Commission and the Michigan Secretary of State filed a lawsuit asking the court to extend the constitutional deadline to have new maps available for the public from its current deadline to propose new maps of Sept. 17 to a new date of Dec. 11.

The panel had also asked to move the Nov. 1 deadline to adopt map plans to next January 25.

The Michigan Constitution also specifies that the public needs to be given 45 days and at least five public hearings before the commission approves any new maps.

The commission said it needed more time to draw maps because of delays nationally in gathering census data due to the COVID-19 pandemic. State and federal political boundaries are impacted by population counts. The commission noted that the U.S. Census Bureau delayed until Sept. 30 the release of user-friendly official population counts needed to redraw 148 state legislative and 13 congressional districts.

The commission and the state’s legal counsel have said they need the high court to grant an extension in part to thwart legal challenges for missing the original deadline.

The two justices Friday shot down that argument.

“The risk of future lawsuits — however likely and however inconvenient to the commission’s ongoing work — is insufficient reason to justify the relief requested,” the concurring opinion said. “Nor should we provide binding direction when it appears that the commission, an independent constitutional actor, has already decided that delay is necessary.”

In a statement, Edward Woods III, communications and outreach director of the redistricting commission, said “the Michigan Supreme Court acknowledged that the request for relief was due to no fault of the MICRC.”

Woods said the commission will follow it’s draft timeline, which establishes that the panel will continue to draft maps and release them for public input from Aug. 30 to Sept. 30, missing the constitutional deadline.

The Census Bureau is slated to release  population tallies by Aug. 16, but the data will be released in a format that state officials have said it’s not user-friendly. The Bureau also recognized the difficulty in using that data, and promised that easier-to-use tallies would come by Sept. 30.

“Now, through no fault of its own,” she wrote, “the commission is in the difficult and unenviable position of undertaking its inaugural redistricting cycle without the full benefit of tabulated decennial census data.”

The issue is likely to return to the court, Welch said, and she promised: “We will not shirk that duty.” 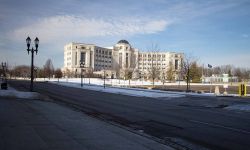 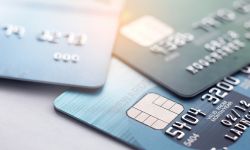