On the eve of the most contentious election in decades, millions of Michigan voters will have the chance to vote by mail.

But Secretary of State Jocelyn Benson’s decision to send ballot applications to 7.7 million registered voters ahead of Tuesday’s primary has prompted partisan discord, with backers hailing it as a  “great success” and Republicans saying it has “great potential for fraud.”That’s because thousands of those applications likely will go to vacant homes, the dead or former residents. A Bridge analysis of the state’s qualified voter file found that Michigan has more than 225,000 more people listed as registered voters than the state’s entire voting-age population, according to 2018 U.S. Census estimates.

Because this story is once again trending the day after the 2020 election, we are including links to our latest updates on the Michigan election here.

​And while there’s no indication any of those “extra” voters have ever cast ballots, some clerks said the bloated rolls can undermine confidence in elections.

“The cleaner you get it, the better,” said Sarah Bydalek, the Republican clerk of Walker in Kent County, who acknowledged “we have people who should be cancelled [from voter lists] but who aren’t.”

But she said she’s never found evidence of fraud in 13 years as clerk. When asked by Bridge if she worries about it because of the state’s inflated lists, she was blunt: “No I don’t.”

The debate comes as efforts increase nationwide to ramp up vote-by-mail options because of the coronavirus pandemic that has killed 154,000 nationally including more than 6,000 in Michigan.

But Republicans claim the mailing of ballot applications invites fraud, with President Donald Trump on Thursday suggesting the November election could be delayed, a move that would require congressional approval.

“With Universal Mail-In Voting (not Absentee Voting, which is good), 2020 will be the most INACCURATE & FRAUDULENT Election in history. It will be a great embarrassment to the USA. Delay the Election until people can properly, securely and safely vote???,” the president wrote on Twitter. 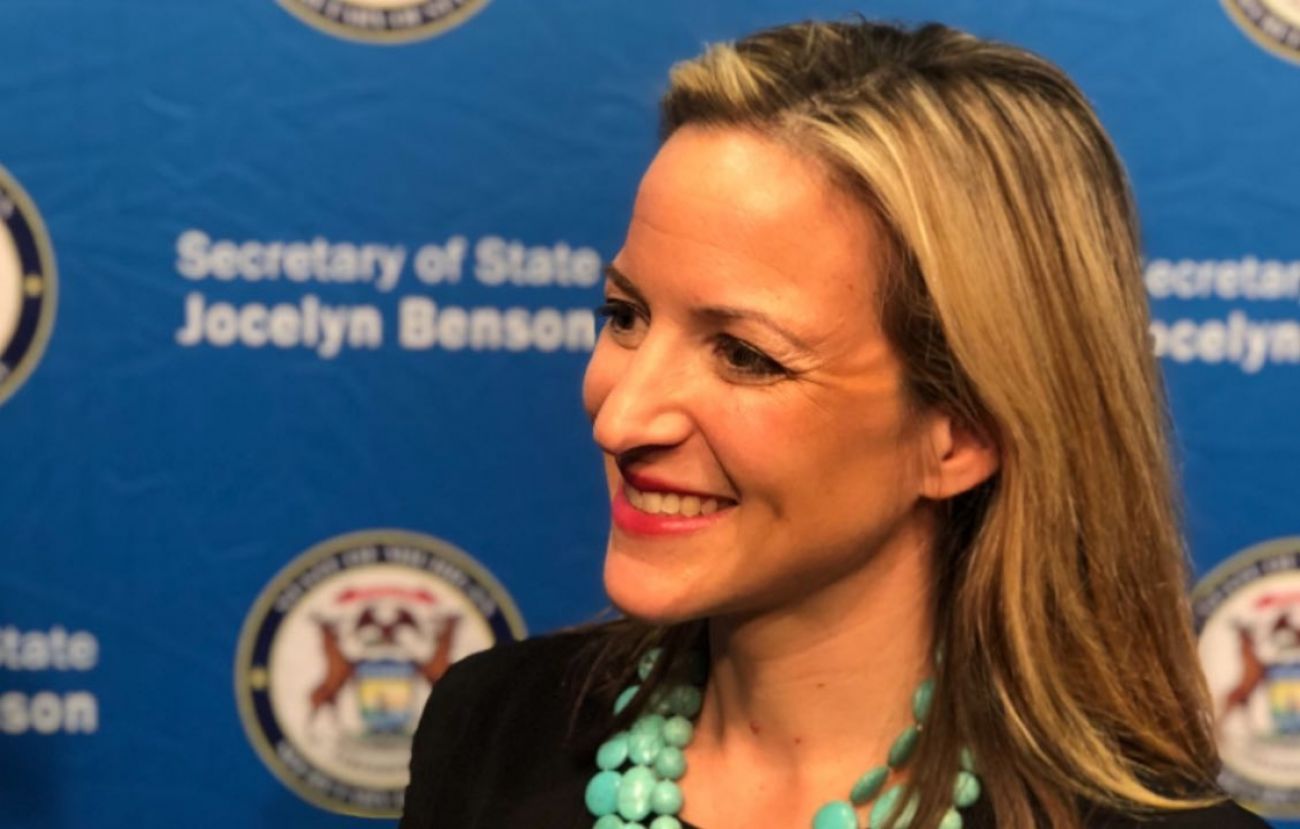 Benson’s Republican predecessor, Ruth Johnson, is one of the loudest critics of her decision to mail applications to all registered voters.

“I don't think that that is the best way if you really want secure and fair elections,” Johnson, now a state senator from Holly.  “There's nothing partisan about that. You want to have good, clean elections, we want to know who really won in the end so our country can move forward.”

Experts say there are very few proven cases of voter fraud by mail. Election clerks said someone would have to commit multiple felonies — opening someone else’s mail, falsifying a signature twice — in order to cast a single illegal ballot, all while leaving a paper trail.

Instead, Democrats like Lansing-based consultant Adrian Hemond said the spectre of fraud is an attempt to de-legitimize the elections and suppress votes.

Studies including one by the Brennan Center for Justice in New York have found that voter fraud is “very, very rare” and mail-in ballots are “secure and essential to holding a safe election amid the coronavirus pandemic.”

Experts say it would be easier, for instance, to impersonate someone at the polls than forge signatures on absentee ballots — and there are few instances of that occurring.

“If you want to get caught committing voter fraud, filling out someone else’s ballot is one of the best ways,” said David Becker, a former voting rights attorney with the U.S. Department of Justice who is founder and executive director of the nonpartisan Center for Election Innovation and Research.

Security systems would detect an improper signature, Becker said, and if someone tried to vote for someone who was alive, they should “really hope and pray that person doesn’t show up to vote.”

That happened in Oakland County: a husband filled out his wife’s absentee ballot and sent it in. He was caught when the wife showed up to vote, said Lisa Brown, the county clerk. It’s the only example of mail-in fraud she said she’s seen in her nearly eight years as clerk.

There is little doubt, however, the potential for fraud exists.

Benson’s office has spent $4.5 million in federal funding to mail ballot applications to all “qualified” voters, knowing that hundreds of thousands will go to long-deceased residents, vacant homes or addresses when the intended voter no longer lives.

Michigan has far more registered voters than it has eligible voters, based on Census estimates of the “citizen, voting age population,” the result of expanded voting rules approved in 2018 and a less-than-perfect system to remove voters who have moved or died.

A review of the state’s qualified voter roll found over 16,000 people born in 1920 or earlier, including Gabriel Konowich of Flint, born in 1892; he died before 2010, according to a sibling’s obituary. He would have been 128 years old this year but he’s still listed as a qualified registered voter, with a ballot application going to his former home on West Pulaski in Flint.

(Voting records acquired by Bridge go back to August 2009 and show Konowich has not voted in any of those elections.)

“I think we’re using a very flawed list,” Johnson said during this week’s Senate hearing. “We know it’s a flawed list. I don’t think it should be used as a mailing list for absentee ballot requests.”

During her eight-year tenure, Johnson said she helped strike more than 600,000 dead voters from the list (but not Konowich) as well as nearly 150,000 people who moved and over 3,000 who were non-citizens.

Benson said she is using the same procedures to remove deceased voters as Johnson had and has joined a 31-state national consortium that works to notify when voters move between states. (Johnson had used a different group, with fewer states, that has since disbanded.)

And Benson has said the state-wide mailings will allow her office to better identify ineligible voters and start the process to remove them.

Michigan has traditionally had one of the nation’s best rates of voter registration, in part because of its early embrace of the “motor-voter” act of 1993 that allows drivers to get a license and register at the same time.

But in the heated partisan atmosphere that is 2020, a national group filed a lawsuit in June against Benson and the state isn’t following provisions of that same 1993 law, the National Voter Registration Act, charging it is not following that law’s requirement to “maintain clean and accurate” voter rolls.

“I think it is an opportunity for fraud,” said Jason Snead, executive director of the Honest Elections Project, a conservative group that brought the lawsuit and has been linked to the DeVos family. 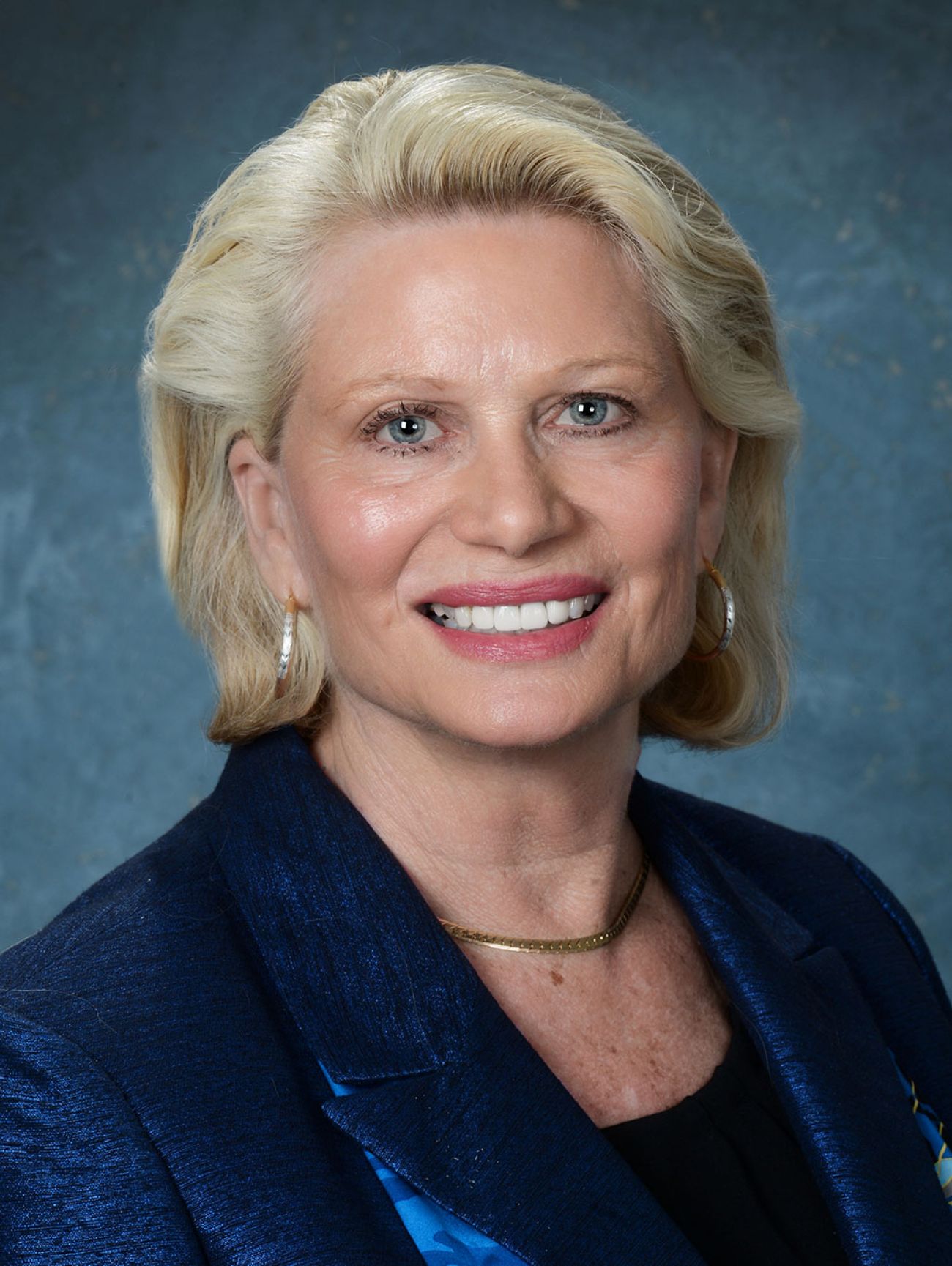 Sen. Ruth Johnson, R-Holly, is a former secretary of state and currently represents Michigan’s 14th District in the Senate, where she chairs the Senate Elections Committee. (Courtesy photo)

Snead said the group has sent letters to three other states, North Carolina, Colorado and Florida, seeking similar changes to the voter rolls. Only Michigan has been sued so far, he said.

Although he said there are examples of voter fraud from Patterson, New Jersey., and North Carolina, he said his group is not suggesting there is fraud in Michigan, but that it is possible.

The plaintiff in the case, Tony Daunt of the Michigan Freedom Fund, opposed the expanded voting changes in 2018 and has also challenged efforts to redraw the state’s legislative districts. His organization also has been behind some of the protests in Lansing, including “Operation Gridlock,” over Gov. Gretchen Whitmer’s coronavirus restrictions.

Benson herself has acknowledged the list is imperfect but she said there are safeguards. Her goal, she has said repeatedly, is to make it “easier to vote, harder to cheat.”

Voting problems have cropped up over the years, and in Southfield in 2019, city clerk  Sherikia L. Hawkins was charged with altering 193 voter records following the November, 2018, election. Hawkins faces six felonies.

And in Wayne County, there have been numerous problems with elections, from missing ballots to accusations of sloppy elections and bloated voter rolls.

In 2017, one year before being elected lieutenant governor, Garlin Gilchrist II sought a recount in his loss to Janice Winfrey, Detroit’s clerk, citing accounts of residents showing up to polls and being told they’d already cast absentee ballots.

A year earlier, Michigan’s recount of the presidential election was halted because of numerous irregularities in Detroit. A state audit found no evidence of “pervasive fraud” and blamed the problems on a “multitude of human errors.”

Winfrey told Bridge there is “no evidence in the city of Detroit that voter fraud has ever been committed with absentee voting or any other kind of voting.”  She said suggestions from Trump about the safety of elections are designed to undermine confidence in the election.

“Whenever you put out information that is not proven, it’s a form of voter suppression. And when you put fear into people, they have a tendency to not vote. So those are fear tactics,” Winfrey said.

Voter lists need to be updated constantly because people frequently move and some die.

Every month, the federal government provides states a list of the recently deceased and those are shared with county and municipal election clerks. If people don’t vote in two consecutive even-year elections, clerks can send out letters asking if voters wish to remain on the rolls.

But there is no national clearinghouse to capture voters who moved to other states. Benson has joined the Electronic Registration Information Center (ERIC), the 31-state group that shares information. But, as Johnson pointed out, it does not include California, the most populous state in the country, or New York, another more populous state.

Other states have been more aggressive with voter purges, including Ohio, which has the toughest policies in the nation. It begins the process to strike voters after they miss just one federal election, sending the voter a note asking if they wish to remain ineligible.

That process was challenged in federal court and went to the U.S. Supreme Court, which narrowly upheld it. In Ohio, 88 percent of it’s eligible voters are registered. If Michigan had Ohio’s ratio, it would mean it would have 1.1 million fewer registered voters.

Moved away, but still eligible

State Sen. Ed McBroom, R-Vulcan, said some of his siblings, who have left the state, are still on the qualified voter roll.

“Are you concerned about the pile of letters that we have here for dead people? I mean some of these (ballot applications) came to my house to my brothers and sister who've moved away for over 20 years, I mean, do these things concern you?” he asked Benson.

Benson defended her office and the work of the 1,500 election offices in the state. She said the response to voting by mail, particularly in next week’s primary but also in the May municipal elections, showed that the current system works.

“That was a tremendous success where we were able to give voters safe elections with clarity and certainty and the mailing was a part of that,” Benson told the senate elections committee.

With so few examples of fraud — even the Trump administration’s voter fraud task force found few examples — why does it keep coming up? 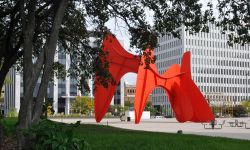