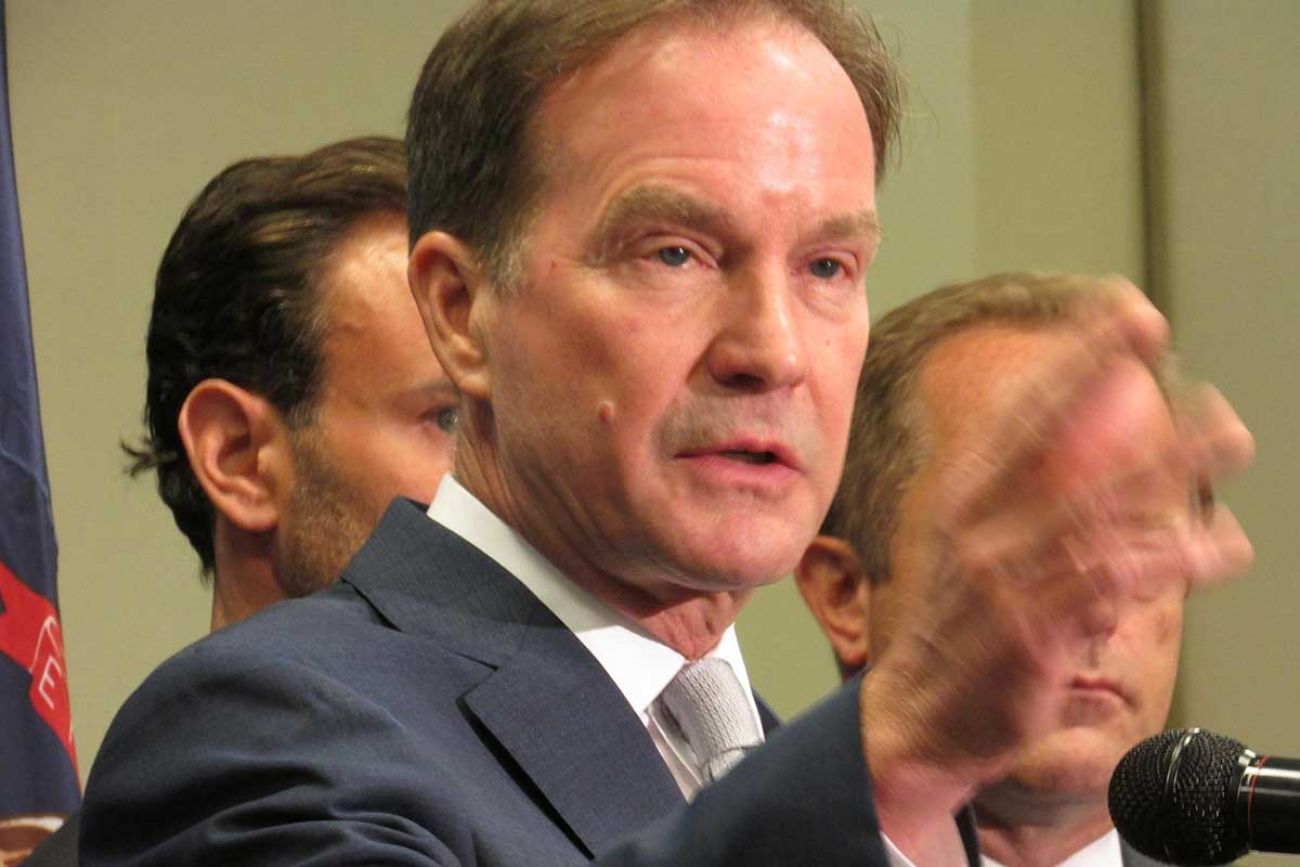 Bill Schuette, hoping to tap into some of the economic angst that helped propel President Donald Trump to victory in Michigan, has hitched his candidacy for governor to what he calls his “paycheck agenda.”

Schuette has kept it simple with one overarching pledge: He’d lower the state’s income tax from 4.25 percent to 3.9 percent, where it was before the Great Recession.

“Bill feels that Michigan cannot afford to NOT lower taxes because Michigan remains behind not only pre-recession economic levels but behind America's leading economic states,” Schuette spokesman John Sellek told Bridge in an email.

As Schuette and Democratic opponent Gretchen Whitmer head into the last weekend before the election, Schuette has kept his focus on taxes and fears of a return to the “lost decade” of the 2000s.

Schuette is also promoting other economic plans: he wants to cut the state’s high auto insurance rates, rebuild the state’s roads and infrastructure and improve education, without stating precisely how he would do that while also cutting the revenue Michigan receives from taxes.

Schuette, like Whitmer, has proposed eliminating the so-called “pension tax” created as a result of the 2011 tax overhaul signed by Gov. Rick Snyder.

The attorney general has, in both debates, on the stump and in his own ads, repeated a common Republican refrain: People do better if they keep more of their money for themselves.

“If we don’t cut taxes, we’ll be a smaller, shrinking state,” Schuette told The Detroit News. “I want Michigan to be a state people call home, not some vacation state.”

As he’s called for lower taxes, Schuette has used Whitmer’s support for the 2007 income tax increase (the state budget was over $1 billion in deficit at the time) as a cudgel against her.

If the income tax rate were lowered, the move would save a Michigan worker making $50,000 about $175 a year. Legislators flirted with the idea in 2017 but failed to pass it. Of the eight states with a flat income tax (nine states have none), Michigan’s is lower than all but two (Indiana and Pennsylvania).

While lower taxes would be good for workers, it would cost Michigan an estimated $1 billion in taxes annually by 2020. Schuette has not identified how he’d fill that shortfall; $1 billion represents roughly 10 percent of the state’s general fund revenues.

When it comes to roads, Schuette has been vague. He’s advocated building better roads that might cost more in the beginning but save money over the long run and said he anticipates getting lower bids for road work with the repeal of the state’s  prevailing wage law, which is expected to lower road worker salaries.

Al Pscholka, former state budget director and Republican legislator, disputed the savings from prevailing wage because most big projects are federally funded and have to follow federal prevailing wage laws. Schuette said in a recent interview that his road plans would become more clear after he was elected.

Schuette has routinely attacked Whitmer for her road plan, which calls for as much as $3 billion in new annual spending, because she has suggested higher fees to generate some of that money ($1 billion, she said, would come from the federal government, though some experts told Bridge that’s wishful thinking.).

“Roads are a priority, but to Bill that means we must re-prioritize the funding we currently have first.  We have to take a serious, sober look at what our priorities are and go from there,” Sellek told Bridge.

As for auto insurance, a common complaint in much of the state and an acute one in Detroit, Schuette supports Detroit Mayor Mike Duggan’s idea to offer lesser coverage for lower costs. Currently, the state’s no-fault insurance includes unlimited coverage for injuries, a provision no other state has.

But Duggan’s plan failed in the state house of representatives in 2017. His office has since filed a lawsuit challenging the state’s no-fault insurance and Schuette said in early October he may support it.

Both Whitmer and Schuette have said they want to improve education in the state, from the youngest students through the college-age years. Schuette has pitched putting literacy coaches in every elementary school and pushing for expanded opportunities for skilled trades training.

As for increased spending on both, he has said it would come from shifting priorities and working with volunteers.

Schuette has also said that he would help businesses by reducing regulations and speeding up permitting. Bridge asked his campaign for examples of both and did not get a response.