LANSING — More than 6,000 applicants already have volunteered to serve on a new independent redistricting commission that will redraw Michigan’s political boundaries for 2022 elections and beyond.

A narrow majority of early applicants claim to be political independents, which excites officials.

But most applicants are white and male, demographic imbalances the state hopes to remedy with a proposed weighting system for the semifinalist selection process.

“The fact that so many Michiganders have applied from across the state and demographic and political spectrums shows there is tremendous interest in serving and reshaping our democracy,” Benson said in a statement.

Her department so far has processed 3,033 of the more than 6,000 applications from residents who were either randomly mailed a form or sought one out online since late October. The state will continue to accept applications through June 1 before randomly selecting a pool of 200 semifinalists by July.

Among the applications processed so far, 51 percent came from residents claiming to be political independents, 35 percent Democrats and 14 percent Republicans.

Applicants are required to self-attest their political affiliation on a notarized form, and the final commission must include four Republicans, four Democrats and five members who do not affiliate with either major political party. 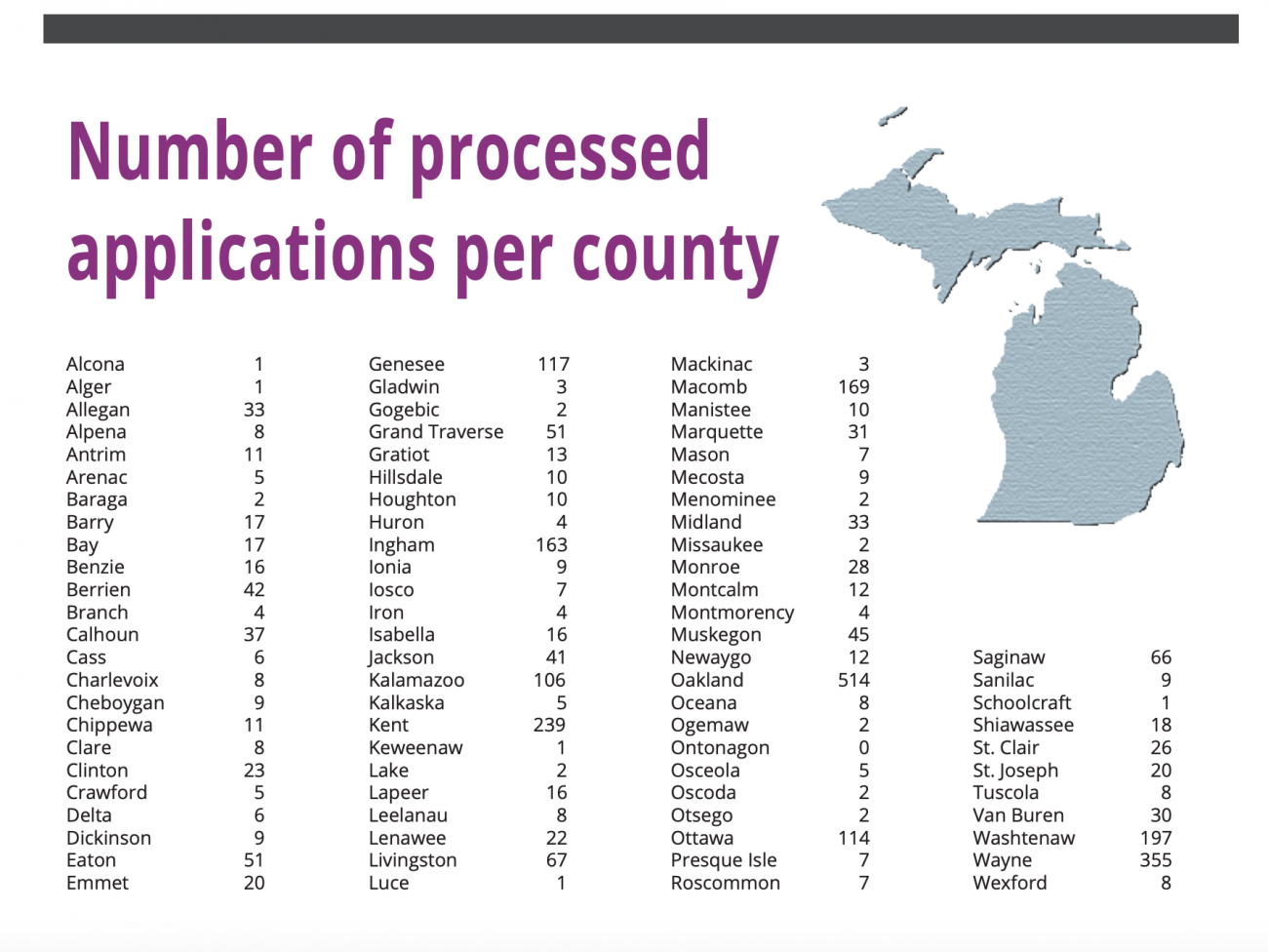 The Michigan Republican Party, whose members controlled the last redistricting process in 2010, has sued in an attempt to invalidate the new commission. A federal judge in November rejected GOP requests to halt implementation, but the federal cases remain tied up in court.

Roughly 85 percent of the applications processed so far were submitted by white residents. Only 9 percent came from African Americans, who make up 14 percent of the state’s population.

About 61 percent came from men, compared to 39 percent from women, who account for about 51 percent of the Michigan population.

Even if those applicant disparities continue, state officials say they will be minimized during a random selection process for the semifinalist pool, which legally must “mirror, as closely as possible, the geographic and demographic make-up of the state.”

Under proposed methodology released Thursday, Rehmann would use custom software to apply a weighting factor to each applicant, ensuring their odds of selection mirror both geographic and demographic variables, including race, gender and age.

For instance, if only 40 percent of the submitted applications come from women, the state would give additional weight to female applicants. It would then randomly select semifinalists until the software produces a representative sample.

“Part of our goal in releasing this data is so that communities across the state can see it and decide whether or not they want to submit applications,” said Secretary of State spokesman Jake Rollow. “If they look at this data and think, ‘you know, there’s not enough people like me represented here,’” they can still apply.

Voters Not Politicians, which spearheaded the 2018 ballot initiative to create the commission, celebrated geographic diversity in the initial applicant pool but vowed additional work to ensure more voters in “historically underrepresented communities” apply to serve or participate in required public hearings on new maps.

“It is imperative that we have diverse participation in the new redistricting process to ensure Michiganders are represented and feel heard,” Executive Director Nancy Wang said in a statement.

The Michigan Secretary of State’s office is inviting public comment on its proposed methodology for the semifinalist selection process through March 27. Weigh in at RedistrictingMichigan.org.