“If discouraging protests is something you could consider doing, I'd really be grateful,” Whitmer told Pence on a conference call with other governors, according to audio obtained and reported by ABC News.

The first-term Democratic governor also urged the Republican vice president to “reinforce kind of those needs to take this seriously, to continue, you know, everyone doing their part” during a pandemic that had killed 4,674 in Michigan through Tuesday morning.

Whitmer’s plea comes ahead of another protest planned for Thursday at the Michigan Capitol, where demonstrators flouted social distancing guidelines and face mask recommendations while protesting the governor's stay-at-home order at large gatherings on April 15 and 30.

“What we have seen from initial protests here is that we've got COVID-19 spreading in rural parts of our state, from which people traveled,” Whitmer reportedly told Pence.

“And so, our ability to move on to the next phase and keep re-engaging our economy. I'm just concerned about it. We're going to keep watching those numbers and doing the tests."

It’s not immediately clear how or if Whitmer would know exactly where protesters traveled to Lansing from. A medical advocacy group recently published cell phone tracking data purporting to show where roughly 300 people “fanned out” after the May 15 protest, but the group has not produced data to back up its claims.

In the Monday call with governors, Pence reportedly complimented Whitmer and Detroit Mayor Mike Duggan for progress in Detroit but did not directly address her request to discourage protests.

"We will continue to emphasize to people the safe and responsible practices while we all move toward re-opening,” he said.

Whitmer made a similar request in an April 20 call with Pence, asking the White House to “reiterate the importance of staying home until we get these (COVID-19) numbers down and we can start to reopen.”

Following the April 30 protest in Lansing, which made international news after armed demonstrators entered the Michigan Capitol with rifles, Trump called protesters “very good people” and suggested Whitmer should “give a little, and put out the fire.”

Following online threats against the governor and stalled debate over whether it is time to ban guns in the Capitol, Whitmer on Monday asked Republican leaders to help “lower the heat” by denouncing violent rhetoric.

House Speaker Lee Chatfield, R-Levering, did so Monday evening, saying that while he disagrees with many of Whitmer’s decisions and supports the right to protest, “those making physical threats (to both parties) are out of line and should be punished.”

“I rise today to condemn the individuals who have populated a number of social media posts with crude, violent and threatening messages about our governor,” Shirkey said. “Those folks are thugs, and their tactics are despicable.”

Shirkey, however, said Michigan citizens have contacted lawmakers to complain about the Whitmer’s orders and protested peacefully without the threat of violence. And the GOP-led Legislature, which has urged Whitmer to reopen the economy at a faster pace and sued to challenge her emergency authority, has heard those calls, he said.

“We are listening,” Shirkey said, “to the many, many voices who are questioning our governor and the one-size-fits-all heavy-handed blunt force instrument of government that has been used to stifle our ability to make progress from living in fear, towards learning to live with this insidious virus.” 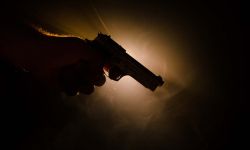 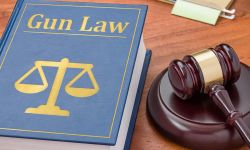