Movie theaters, performance and event venues, arcades, bowling alleys and more will be allowed to reopen on Oct. 9 after months of being closed, Michigan Gov. Gretchen Whitmer announced Friday afternoon.

In a separate order issued Friday afternoon, the governor also announced all students in K-12 schools must wear a face mask while in classrooms. Previously, face masks had been only a recommendation in grades K-5. Northern Michigan and the Upper Peninsula are exempt from the classroom mask requirement.

Both changes come as coronavirus cases have plateaued since mid-July at a higher rate than the state’s low point in mid-June.

“I know these business owners have made incredible sacrifices during this crisis to protect our families and frontline workers, and my administration will continue working to help them get back on their feet,” Whitmer said. “We are not out of the woods yet, and we will continue to monitor the effects of these incremental changes.”

The businesses set to reopen in two weeks have been closed since March 17 in most of the Lower Peninsula. Their owners have watched as gyms, salons, bars and restaurants and other industries have been allowed to reopen while their facilities remained closed, prompting increased pressure to reopen.

Despite the case plateau, the governor’s decision comes as COVID-19 hospitalizations hover at their lowest levels since the pandemic began, with about 500 people hospitalized statewide and thousands of beds available across the state. In early April, there were nearly 4,000 people being treated for complications from the virus.

One reason for the lower hospitalization rate is the demography of the disease changed: Younger people now are more likely to be infected and they have fared far better than the elderly at weathering the disease.

As of Friday morning, Michigan has reported 120,526 confirmed cases of coronavirus and 6,708 deaths.

Among the other businesses that will be allowed to reopen are trampoline parks, indoor climbing gyms, bingo halls, ice skating rinks, roller rinks, amusement parks, carnivals and waterparks. However, bowling alleys and skating rinks can be used only for organized sports.

Whitmer also made these changes to existing rules about public gatherings:

Bars that make more than 70 percent of their revenue on alcohol sales remain closed for indoor service, as do strip clubs.

“We are eager to reopen our doors with strict safety measures in place and look forward to working closely with the governor and her team as we continue to fight this virus,” said J.D. Loeks, president of the parent company for Celebration Cinema, Studio C.

Justin Winslow, CEO of the Michigan Restaurant & Lodging Association, said in a statement that the increased capacity for gatherings will alleviate problems for meeting and banquet spaces, which “has been decimated since the onset of the pandemic” and added that the group looks “forward to continuing to work with this administration on common sense solutions that allow for safe expansion of dining indoors.”

Meanwhile, Whitmer’s increased mask requirements for K-12 schools changes a recommendation to a requirement that children cover their mouths and noses while in the classroom.

Children over the age of 2 were already required to wear masks in common areas such as hallways and on buses.

About 86 percent of Michigan school districts began the school year offering all or partial in-person instruction. Since then, there have been at least 121 reported cases of coronavirus in K-12 schools statewide and more than 2,000 in the state’s colleges and universities.

“It is now crystal clear that COVID-19 can be deadly to younger children, and that children who become infected at school can pass the virus to their parents, leading to community spread,” Whitmer wrote in the executive order.

“Given the higher incidence of cases among children in recent months, and the clear effectiveness of masking as a mitigation strategy, requiring the use of masks in the classroom even for younger students is a reasonable and necessary requirement.” 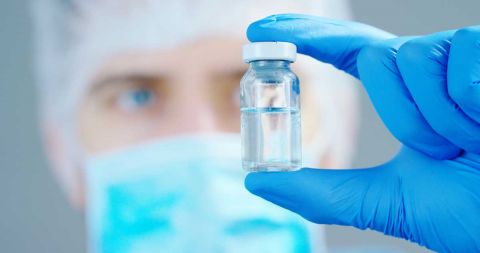 Unclear data and messaging, a lurching supply chain and a growing chorus of finger-pointing dogs the state’s early vaccine plan as people over 65 seek protection against COVID-19.

Is Whitmer in jail yet? Along with nessel and Benson? Open the whole state now. And discharge these criminals running our beautiful Pure Michigan. We The People are free to choose to live and die in our own way.

Um, Michigan is doing so much better than the majority of states in terms of Covid19, despite the Trump rallies.