After three student suicides, one Michigan school district fights back

What Michigan schools can do to reduce suicide

CEDAR SPRINGS—In the course of a year, the rural Cedar Springs Public Schools district, north of Grand Rapids, came to know the raw pain of suicide and loss all too well.

In August 2015, a 17-year-old rising senior at Cedar Springs High School took his own life. The following May, students on the bus to school watched in horror as they rode past an eighth-grader who had killed himself, the boy’s mother cradling his body near the roadside. Three months later, an incoming freshman committed the same desperate act.

“It’s an issue we take very seriously,” Cedar Springs Superintendent Scott Smith told Bridge Magazine. “It is at the foundation of the work that we are trying to do in Cedar Springs.”

Since that difficult year, the district has put those sentiments into action.

At a time when cash-strapped Michigan districts are on short mental health resources, Cedar Springs is investing $400,000 from its $38 million budget to add six mental health professionals to its staff, including three counselors and three other mental health specialists hired in 2018. They’re part of a 13-member team that also includes social workers, other counselors and psychologists that accounts for a total investment of about $1.1 million in salaries and benefits.

Officials in this district of 3,500 students say they plan to add another mental health specialist this fall.

Beyond that, the team has trained 150 teachers and staff how to spot signs of stress or trauma in students, how to support them, and when to sound the alarm for suicide risks. At the high school, additional support comes from “Peer Listeners” ‒ selected student volunteers who can be sounding boards for classmates who may not want to confide in an adult.

“You ask yourself, ‘What’s the negative impact of not adding those [mental health] supports?’” Smith said.

Student suicide remains a matter of urgency across Michigan; it’s the second leading cause of death in the state for those ages 15 to 24, a nearly 50 percent jump in less than a decade, state health data show.

According to Mental Health America, a nonprofit advocacy organization, nearly 11 percent of Michigan youth ages 12 to 17 have a major depressive disorder. And yet more than 60 percent of this group receive no mental health treatment.

Adding to the challenge, Michigan schools have the nation’s second-worst ratio of students to school counselors, with 741 students for every counselor, according to the American School Counselor Association, which recommends a 250-to-1 ratio. A bill pending in Lansing is meant to address the shortage.

“This a tremendously significant problem here in Michigan,” said Kevin Fischer, executive director of the Michigan chapter of the National Alliance on Mental Illness. “We are not doing nearly enough to address it.”

Fischer noted that districts far beyond Cedar Springs have felt the agony of having multiple students take their own lives. 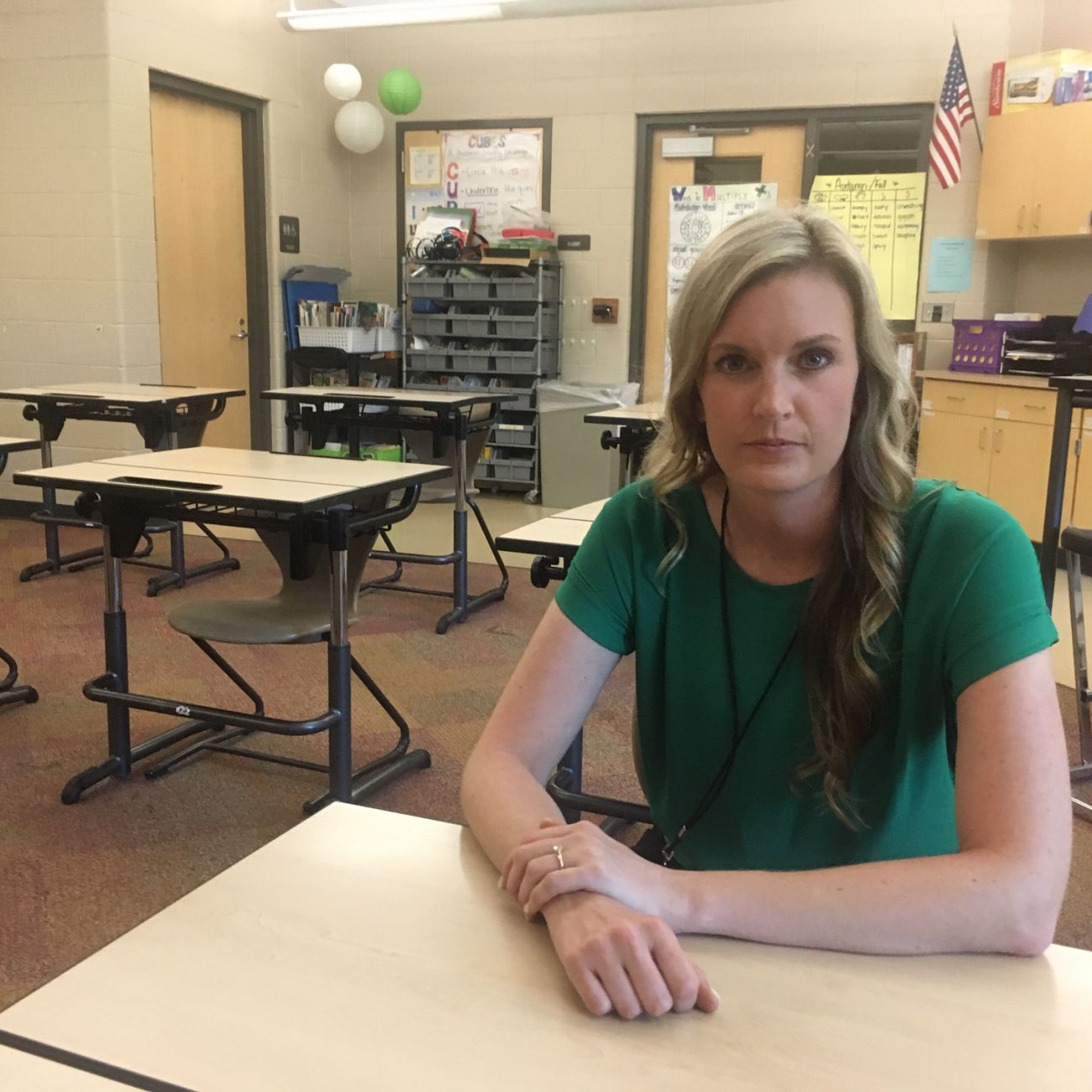 Fischer said he’s pressed the office of Gov. Gretchen Whitmer for a public service campaign on suicide prevention. In his view, it’s the minimum the state can do. “We need our leadership to step forward to say this is a priority for this state,” he said.

Whitmer spokeswoman Tiffany Brown said there are “ongoing discussions” regarding such a campaign, adding that the administration “understands how serious the impact is on communities and the need to do more to address the serious mental health issue in our state.”

Brown noted the state has a web with links to resources for suicide prevention.

A bill in the Michigan House would require schools to have at least one counselor for every 450 students. But it does not yet provide additional funding to meet that standard and remains stuck in the Education Committee.

With suicide levels rising nationally, other states also are taking steps to try to address the issue. Oregon, for instance, recently passed a measure that allows students to take “mental health days” in addition to regular sick days.

Going for walks and ‘calm corners’

Meet Audra Holst, hired by Cedar Springs in 2018 after eight years as a child life specialist with pediatric cancer and emergency room patients and their families in hospitals. The district hired two similar specialists that same year.

While hospital and school settings are different, Holst said the psychological threads in stress and trauma are much the same.

She explained her work as we walked through a couple of school buildings just off the main street that bisects this city’s downtown. Most students in the district live in sparsely populated areas outside the city.

“In the hospital, my job overall was to help with coping, to decrease stress for kids and families,” she said. “In school, kids are dealing with higher levels of stress than we have ever seen before.

“How do we help them navigate this in a healthy way?”

Research points to at least one prominent factor: social media.

The Pew Research Center, a Washington D.C.-based nonpartisan research center, found 95 percent of U.S. teens use a smartphone and 45 percent say they are online “almost constantly.” Nearly a fourth of those surveyed said social media had a “mostly negative effect” on their lives.

That’s reinforced by a 2017 University of San Diego study that found that students who were frequently on their smartphones were twice as likely to be diagnosed with depression or anxiety versus low users of smartphones.

National surveys also find about a fifth of high-schoolers report being bullied, abuse that can take place in school hallway, the bathroom or on the Internet.

“It’s constant,” Holst said. “Students are being bullied all over on social media. Or they might say, ‘My friends posted a party they were at and I wasn’t there.’ They are having a meltdown because someone didn’t snap them back on Snapchat.”

Stress has even filtered down to students too young in most cases to have their own phone. So last year the Cedar Springs district installed more than 20 “calm-down corners” in its K-1 building. They give an agitated child five or 10 minutes to decompress in a beanbag chair, by drawing, squeezing a stress ball or practicing deep breaths, whatever works for them. The middle school has its own calm-down zone, a small room on the second floor.

Holst says she sometimes takes the youngest students on walks. She might pause at a cattail marsh and ask them what they see and what they hear. The goal: to help children slow down, get outside themselves and reset their emotional bearings.

It’s part of a district strategy to give students themselves tools to recognize and manage their stress ‒ before it escalates. “We know the earlier we start, the more likely it is they will succeed at this,” she said.

Some students are dealing with abuse or violence in the home, neglect, divorce, a death in the family, or perhaps imprisonment of a parent. They’re factors known as ACES – Adverse Childhood Experiences – that research has found makes children more likely to be depressed and attempt suicide as an adult.

Stacie Voskuil, who leads the district mental health team, recalled a troubled first-grader from this spring. The child’s mother was absent. The father was in and out of the child’s life. A counselor and a child specialist worked with the father, who agreed to seek outside counseling for the child.

By the end of the school year, Voskuil said, that child was stable and appeared much happier.

“I think we are going to see K-to-12 success for that child,” she said. “The parent thanked us.”

In 2016, the district began training teachers, staff and fellow students how to identify and address suicide risks. That could be a student blurting out to a teacher, “ ‘I feel like I want to kill myself’,” or a student reporting that a friend was really struggling.

The district team holds formal meetings twice a month and communicates steadily through texts and emails. It’s a deliberately collaborative practice. They also receive alerts through the state’s K-12 school tipline, OK2SAY, which allows students to report, anonymously if they’d like, suicide threats, bullying, drugs or other concerns.

In Cedar Springs, students identified as suicide threats are often assessed through a test that asks four similar questions, including: “In the past few weeks, have you felt that you or your family would be better off if you were dead?”

If they answer yes to any of those, they are asked: “Are you having thoughts of killing yourself right now?”

A “yes” answer to the fifth question triggers formal mental assessment by the mental health team and a possible trip to a Grand Rapids hospital emergency room for evaluation.

In 2016-17, the year following the three suicides, there were 23 ambulance transports of middle or high school students for a mental health evaluation, Voskuil said. That number fell to seven the following year and to zero in 2018-19.

“We are catching it earlier,” said Lynda Rupke, who was hired by the district in 2016 as an at-risk counselor.

“I have seen a real change from when I got here to now. The difference I’m seeing is the response from students, from our staff and from the community. Everyone is just more educated because they have to be.”

Rupke said she sees struggling students in her high school office virtually every day during the school year, some thinking their depressed feelings will never end. She refers some to therapy.

But she also sends students home with concrete steps they can take to deal with their feelings, starting with deep-breathing exercises that research has shown can calm the brain.

She sometimes advises them, “Go for a walk in nature. Get off your phone. Do things you love. I don’t care if it’s fishing, sewing, poetry, writing a letter. Something that’s active.”

But students can also be part of the solution.

Last year, a bulletin board in the high school cafeteria had a sign noting that the No. 1 reason teens don’t seek mental health treatment is fear it will stigmatize them to their friends.

“If you support them,” the message said, “sign your name here.”

The board was filled with signatures.

Call: National Suicide Prevention Lifeline, at 800-273-8255. It’s a network of more than 150 crisis centers that provides a 24-hour hotline to anyone in suicidal crisis or emotional distress.

Text: Crisis Text Line: 741741, is a national service that connects the texter with a live, trained crisis counselor

Connect: To Michigan suicide hotlines, located in many communities across the state.

Reach out: To OK2SAY, a state-funded student safety program which allows students to confidentially report tips on potential suicide and other risks to student safety. The tips can be reported by phone, at 8-555-OK2SAY (855-565-2729); by text message at 652729 (OK2SAY); or by email, at OK2SAY@mi.gov

Communicate: People can be hesitant to approach someone showing signs of despair. But experts say getting a friend or loved one to talk openly of suicidal thoughts can save a life.