Henry Ford Health System is looking at a variety of factors that suggest the surge of COVID-19 cases may be close to peaking.

At Henry Ford Health System, hospitals are now discharging more patients with the coronavirus to recover at home than seeing new patients in its emergency rooms.

At Michigan Medicine, doctors are doing the same math and finding small, tentative glimmers of hope

Some physicians — but not all — say they are hearing similar tales from other hospitals, perhaps the first hopeful sign that, for southeast Michigan at least, the surge in COVID-19 cases may be nearing its peak.

"We're not ready to say that we're through the peak of it because we are actively managing capacity and resource concerns, but we do have several glimmers of hope," Dr. Steven Kalkanis, CEO of the Henry Ford Medical Group and senior vice president and chief academic officer, said Thursday.

Kalkanis predicted that milestone would arrive “in the next few days,” even as total deaths in Michigan exceeded 1,000 on Thursday.

Aside from the shift in patients, Kalkanis noted “we're getting patients successfully weaned off of ventilators more than those who need to go on ventilators.”

And one more positive trend: “(B)ased on our own internal analytics, our numbers of COVID-positive patients in the community presenting to our emergency rooms seems to be tapering off and is slightly less than what we would have predicted."

The daily rate of COVID-19 patients admitted to Michigan Medicine has been declining for several days, Parekh said, and “we’re hearing the same from other health systems in the region.”

As of Thursday, Michigan Medicine was treating 219 patients who have tested positive for COVID-19.

Parekh is also encouraged that Michigan’s so-called doubling time — the number of days it takes for positive cases in the state to double — has been slowing. Early on, the state’s doubling time was two to three days. Now, it has slowed to nine days statewide — and far slower in some counties.

It’s a sign that Michigan’s coronavirus curve is flattening, Parekh said, but "we can’t let up our guard."

“There is still a long period on the other side of the curve, so to speak,” he said.

What these hospitals are seeing nearly matches a model widely used by state and federal officials that anticipated the state would hit its peak use of hospital beds on April 7. That model looks at past usage as well as steps taken by the state to stop the spread, like the stay-at-home order that Gov. Gretchen Whitmer has extended until April 30.

The Institute for Health Metrics and Evaluation at the University of Washington has also lowered its anticipated death toll in Michigan, which it expected to peak with 131 new deaths listed Thursday. Just a few days ago, IHME expected Michigan to lose nearly 3,000 residents to COVID-19 but has now scaled that back to 2,100.

But not every southeast Michigan hospital system is seeing the same hopeful signs. Hospital admissions for COVID-19 are still on the upswing at the Detroit Medical Center, said Dr. Teena Chopra, a professor of infectious diseases at Wayne State University who is also in charge of infection control for DMC’s eight hospitals. Unlike Henry Ford and Beaumont, DMC does not release data on its COVID-19 hospitalizations.

“We are not seeing a slowdown,” Chopra said, and likely won’t for two to three weeks. Chopra cautioned against drawing early conclusions about a flattening curve. Doing so, she said, may create “false hope” that could prompt people to stop observing social distancing and ultimately lead to more lives lost.

“We won’t be out of the woods until we have a vaccine,” she said.

On the bright side, Chopra said, the new COVID-19 care facility at Detroit’s TCF Center will enable hospitals to offload patients who are in stable condition, freeing up staff to dedicate more attention to critically ill patients.

Beaumont Health has not experienced a consistent decline in patient numbers, either. After a drop the day before, total patients with confirmed COVID-19 cases and those awaiting test results rose by 28 on Thursday, to 1,206.

Michigan reported 21,504 confirmed coronavirus cases, and 1,076 deaths Thursday afternoon, according to the Michigan Department of Health and Human Services. It also reported at least 56 people have recovered.

Among them are some health care workers.

Dr. Betty Chu, the incident commander for Henry Ford's COVID-19 response, said the health system has tested at least 3,000 of its employees since March 12, and of them, 872 tested positive for coronavirus. For 22 people, test results are pending.

"The total number of employees who tested positive is about 2.5 percent of our entire workforce,” which also includes “those employees who contracted or got the disease in the community," said Chu, who also is associate chief clinical officer and chief quality officer for the five-hospital health system.

Right now, Chu said, about 200 Henry Ford employees are not working because they are sick.

Before workers who tested positive for COVID-19 can return to work they must be fully asymptomatic for three full days, said Chu. In addition, she said at least seven days must have passed since their symptoms began, which adheres to U.S. Centers for Disease Control and Prevention guidelines.

About 1,500 workers — including 500 nurses — were off the job Monday at Beaumont Health because of coronavirus symptoms, spokesman Mark Geary said earlier this week.

The employees of the eight-hospital Beaumont system, which has 38,000 workers, “have symptoms consistent with COVID-19,” Geary said. They include anyone “throughout the system” from front-line medical staff to office personnel and others.

Geary said it’s impossible to know how many of the Beaumont employees were exposed through work, by other family members or in the community.

Adding to the tally of health care workers sickened in the pandemic are at least 110 employees of Michigan Medicine.

It announced Tuesday that 728 workers have been tested so far for COVID-19, but notes there may be additional staff members who've contracted the virus but were tested elsewhere. Michigan Medicine employs about 28,600 people.

Detroit Free Press and Bridge Magazine also asked the Detroit Medical Center, Trinity Health, which includes the St. Joseph Mercy Health System, Ascension, and the Detroit VA Medical Center how many of their employees have contracted coronavirus since the outbreak began.

Both the DMC and Trinity Health said they would not release information about how many of their employees have been tested for COVID-19, how many are ill or how many have died from the virus.

Ascension and the Detroit VA Medical Center have yet to respond to questions. 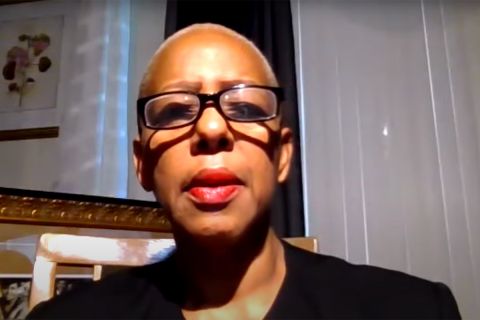 Republican leaders on Wednesday stripped Rep. Cynthia Johnson of her committee assignments after she posted a video on Facebook saying Trump supporters should ‘be careful.’ Johnson has faced death threats for a week following a hearing on claims of voter fraud. 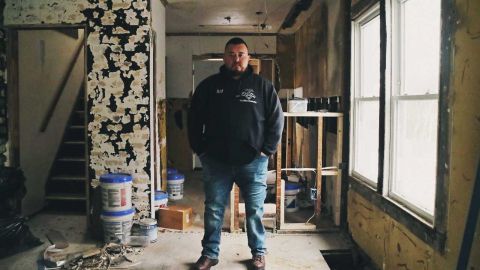 Word-of-mouth referrals and neighborhood work can keep Spanish-speaking builders busy, but many now aim for bigger jobs. An industry-focused group is helping them make business plans and grow.

We count these things by numbers of new cases. T
his shows 1900 last Friday, 1500 daily over last weekend, 1700, 1500 for a few days and 1300 yesterday. There might be some lumpiness of these numbers due to how much and who is being tested but the big picture is that at the rate of 1300 new cases per day it will take 7000 days, about 20 years to infect all 10 million Michiganders. I'll take my chances and would prefer that our government, the yapping media who need this apocalypse and the public health poseurs back off and go back to shining shoes or whatever they are capable of.

It's still all conjecture at this point in time.
All we can do is protect ourselves and practice safe measures daily.
It'a ain't over 'till it's over.