Michigan families fight to see seniors amid COVID-19, even in hospice care

Late-stage Alzheimer’s disease has switched off nearly all of her mother’s memories — that’s cruel enough. Darlyn Townsend is now learning to accept that her mother is in hospice, too.

But the fact that Townsend can’t hold her 86-year-old mother’s hand, comb her hair, pick out a favorite pink nail polish, or play her favorite Perry Como tunes — that’s simply unforgivable, she says.

Like many nursing homes around Michigan, MediLodge at The Shore in Grand Haven has banned visitors because of COVID-19 concerns.

“I asked them about visitation,” Townsend told Bridge. “They aren’t going to do it. Not inside, not outside, not anything.

“I can’t even crack her window.”

Some 32,000 Michiganders in long-term care facilities will soon enter their sixth month of being cut off from friends and families who, for the most part, are unable to visit them due to statewide coronavirus restrictions. While some facilities allow limited visits, others continue to ban visits altogether, regardless of whether the resident has the virus. It’s a painful but necessary precaution, they say, to protect residents and staff from COVID-19.

Perhaps no families are more desperate than those whose loved ones are living out their final days. Representatives of the hospice industry and the Michigan Long Term Care Ombudsman Program say some families have been turned away from nursing home doors, even as family members were dying. 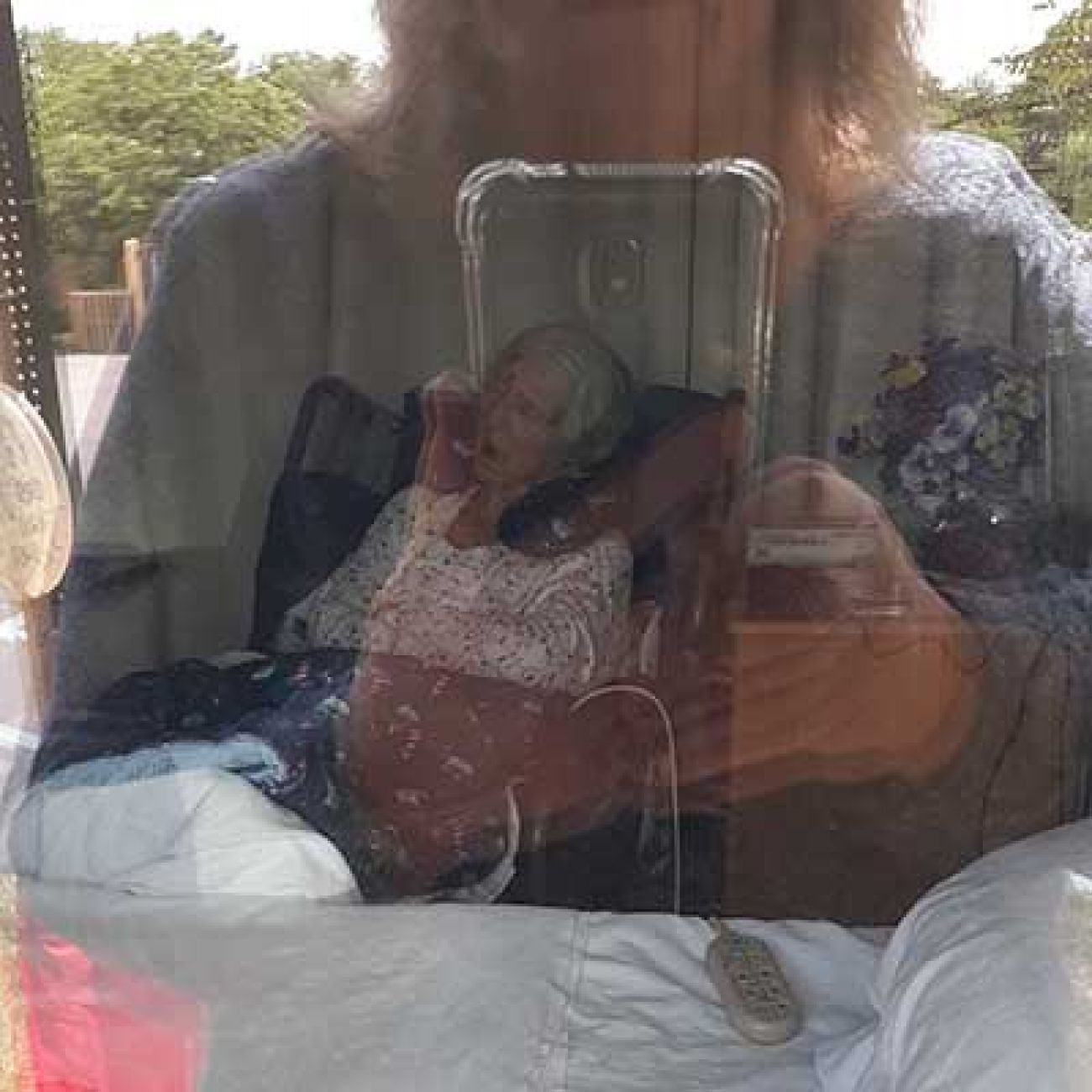 Early in the pandemic, a few nursing homes briefly refused entry even to hospice nurses, according to Barry Cargill, executive director of Michigan HomeCare & Hospice Association.

“The next concern was to get family and loved ones in so they could be with that person,” he said. “It has been really hard … In many cases, families are not allowed to see their [relative]. Sometimes, they can’t even go to a window” to see them.

“We’ve had family members who can’t visit their spouse,” said John Person, executive director of Hospice of Lansing, which runs an eight-person hospice residence and also provides care at long-term facilities. “This might be anecdotal, but my sense is that it is relatively common.”

Some facilities have begun allowing visits, empowered by the discretion offered in guidance from the Michigan Department of Health and Human Services on June 30, said Alison Hirschel, director of the Michigan Elder Justice Initiative.

In it, MDHHS director Robert Gordon clarified that facilities “may” — but are not required to — allow visitation in certain circumstances, such as for residents in hospice, but only if it is scheduled and social distancing and other safety measures are followed.

In March, when the new coronavirus began to devastate Michigan, a total lockdown on nursing homes made sense, Hirschel said.

“We’d never seen anything like COVID before and it was so terrifying and so devastating that it makes sense” that senior facilities focused exclusively on stopping the virus, she said.

But five months later, “we realized that the meaning of life is much fuller than just protection against infection.”

Federal guidance during the pandemic — reinforced by state orders — have left decisions up to facilities, said Lori Smetanka, executive director of the Washington-based National Consumer Voice for Quality Long-Term Care, a national nonprofit that represents residents and consumers of long-term care and services.

Across the country, she said, there are reports of residents dying alone while families are barred from facilities. Some families are allowed in — but kept on time limits or limited to a single visit.

“That’s no way to establish policy and person-centered care.”

In Michigan, the MDHHS order allows — but does not require — visits when a resident is in “serious or critical condition or in hospice care.”

As a result, facilities have varied policies on what kinds of visits they will allow, she and Cargill said.

“It’s heartbreaking to me when someone can’t see their spouse at the end of life. That’s immoral to me,” said Person of Hospice of Lansing.

In his facility, families are asked to designate a representative for regular visits, and those visitors must abide by screening requirements, he said. Others may visit in the final days of life, he said.

There are 158 hospice programs in Michigan that provide services at homes, skilled nursing facilities and hospitals. Hospice of Lansing is among 17 such programs that also operate a stand-alone hospice facility, according to data provided by Michigan’s Department of Licensing and Regulatory Affairs.

Early in the pandemic, Person said his agency was “more aggressive” in trying to get families into third-party facilities, “but we weren’t getting anywhere.” Confrontation simply led to more tension and less cooperation.

Advocates for residents in long-term care facilities say their concern goes beyond the feelings of isolation. A lack of visitors — relatives, friends, specialists — means there are no extra eyes inside a facility to make sure residents receive proper care, said Salli Pung of Michigan Long Term Care Ombudsman, whose office also has received numerous complaints.

“We are hearing that many facilities are not allowing residents enrolled in hospice to receive a visitor until they are actively dying,” she said.

Darlyn Townsend said that’s what she was told about when she could visit her mother: “like if her oxygen or blood pressure starts to change,” she said she was told. But that’s beyond the point when visits would be most helpful to her mother, said Townsend, 65, of Coopersville.

Townsend said her bright-red bag — the one with the lotions and polishes and hair brush that she usually took to care for her mother, Ann Yanna — has sat unused for months.

On July 31, she said she sat on the phone on the other side of her mother’s MediLodge window, talking with the hospice nurse at her mother’s bedside. Her mother was shaking and distraught, she said. The hospice nurse put Townsend on speaker so she could sing her Como’s “Catch a Falling Star.”

Only then, Townsend said, her mother’s body stilled.

The hospice nurse told Townsend her mother is still eating, so she wants to take her mother another slice of her favorite: key lime pie.

“There may be so little left of her and the time she has,” Townsend said. “Can I not be part of that?”

Long-term care facilities — as well as Michigan’s hospice residences — say they must weigh the emotional and physical price of isolation against the threat of infection that visitors pose to residents and staff.

HCR Manorcare, a large national chain with facilities in Michigan, continues to prohibit general visitation. Loved ones must schedule visits with hospice patients and staff must supervise to ensure they abide by six-foot social distancing. Visitors must wear “full airborne [personal protective equipment] for one visitor after they have passed the screening process.  Visits last 15 minutes and there can be no touching,” spokeswoman Kelly Kessler said in an email to Bridge Michigan.

MDHHS chief Gordon’s guidance in June giving facilities discretion in setting visitation rules gives facilities leeway to consider many factors in their decisions — the spread of COVID-19 in the community as well as their own supplies of personal protective equipment and ability to isolate an infected patient, said Cargill, at the state’s hospice association.

Selznick has spent much of his career working with patients in long-term care. He often advises families to care for dying relatives at home when possible. That’s even more important during a pandemic, he said. 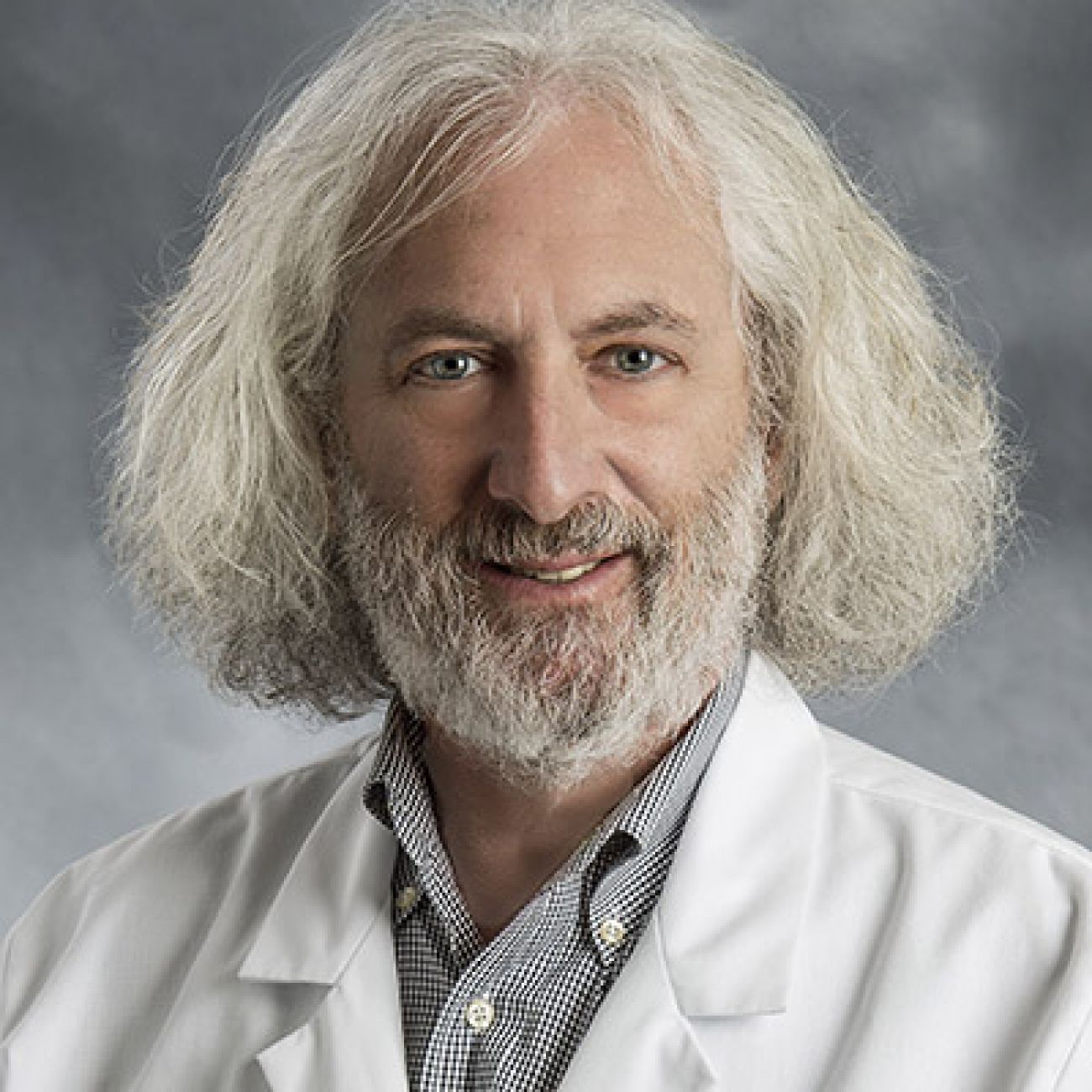 “Nursing homes are always in the hot seat. They’re being scrutinized. Facilities are concerned that all they need is one facility-acquired infection and it’s all over the news … They don’t want lawsuits and the state to come down on them.”

But social interaction is more important than even the best medicines in a person’s final days, Selznick said.

“When you’re toward the end of life and even if you have dementia, you need that family interaction. You don’t want to feel you’ve been abandoned,” he said.

That leaves industry trying to figure out what works and what doesn’t, as it sorts through a barrage of guidance from the U.S. Centers for Disease Control & Prevention, the Centers for Medicare & Medicaid Services, and local and state health departments, said Person, at Hospice of Lansing.

“Finding the best practices — we’re all struggling with that,” he said.

Representatives of the hospice industry, including those from Harbor Hospice, which cares for Townsend’s mother, say they often rely on virtual visits — cellphones or computer tablets, for example — with family members when the patient is in a nursing home which the family can’t enter.

“They’re a whole lot of people out there struggling for answers.”