Michigan officials say no to big Thanksgiving gatherings. Who will listen?

And a statistical model developed by Harvard researchers predicts nearly 1,000 COVID deaths a week in Michigan by year’s end if we can’t change the arc of the virus.

But even as hospitalizations and deaths accelerate, will residents follow state pandemic restrictions — including limits on holiday gatherings — to help curb the spread of COVID-19?

“I cannot wait to get together with my whole family for Thanksgiving. We're going to celebrate like the free Americans we are,” someone wrote Sunday on the governor’s Facebook page, after Whitmer instructed Michiganders to pull together by canceling large holiday gatherings.

“Same here!” added another, “We are no longer hiding.”

Which produced some predictable pushback.

“Have fun dying,” said one.

Eight months after COVID-19 first slammed into Michigan — and days before the start of the holiday season — divisions seem to run deeper than ever. There’s little reason to believe that folks who don’t wear masks or avoid large gatherings will begin to do so at Thanksgiving just because the state issued an order requiring it.

“COVID may be the surface, but the core of the conflict we're talking about is much older and much deeper than COVID-19,” said Brian Zikmund-Fisher, an expert in health behavior and health education at the University of Michigan’s School of Public Health.

“It's about worldview. It's about what's the role of the government versus individual autonomy.”

So how did we get here? More importantly, how does the state expect to achieve compliance with basic mask and distancing rules as more cases are traced to social gatherings?

“I feel like we really haven't done a good job tapping into [experts] to really find...what are the messages, what pieces of this need to change for people to change their behavior,” she said of health guidance during the pandemic.

It’s much more than telling people to wear a mask or wash their hands, she  said. It’s about shifting attitudes about compliance and, in turn, changing behavior.

Underfunded and understaffed, public health departments have been unable to rein in the spread of the virus or persuade more people to do their part, Misra said.

“In some ways, we're just running around trying to put the fire out,” she said. “There's just not enough people to take that step. I think it's going to cost us that we haven't been able to figure this out.”

Public messaging on health risks is a “really challenging form of communication, and it's a lot easier to get it wrong than it is to get it right,” said Matt Seeger, dean of Wayne State University’s College of Fine, Performing and Communication Arts and an expert in crisis communications.

“It's difficult to get people's attention around risk issues. Consider how long we've been trying to convince people to stop smoking,” he said.

Mixed messages, politics — and an evolving understanding of the coronavirus — have complicated the task.

The nation’s political leadership seeded doubt about the virus — and, some argue, science itself — long before the first case was confirmed in Michigan in March.

In January, President Trump dismissed the virus, telling CNBC, “We have it totally under control. It’s one person from China … it’s going to be just fine,” messaging he has continued in various forms this year.

Meanwhile, a small but vocal minority of voices in the medical profession joined some politicians in calling for “herd immunity”; that is, allowing the virus to spread freely through populations until a sufficient number who survive the virus develop antibodies. This movement was denounced by much of the medical establishment as radically unethical.

In Michigan, the Republican-led Legislature challenged Whitmer's authority to endlessly issue emergency restrictions without its input. Those orders closed all but essential business this spring, limited social gatherings and required masks. The Michigan Supreme Court agreed with the GOP in October, saying in a 4-3 decision that Whitmer overstepped her authority, leading the governor to switch tactics and issue similar directives through the state health department.

But politics is not the sole source of division. Public health guidance was initially muddled as medical authorities scrambled to understand a novel virus.

Early in the pandemic, we were first told to skip masks, in large part because of a lack of personal protective equipment for frontline hospital workers. Even the U.S. Surgeon took to Twitter in February: “Seriously people- STOP BUYING MASKS,” he said.

Eventually, some residents in some states, including Michigan, were mandated to wear them.

“If you've got a mask … I'm not going to say ‘No, don't wear it,’” Sims said. “But I am going to tell you, it's not going to necessarily protect you the way you hope it will.”

But as the world scrambled to treat and understand a virus that was killing hundreds of thousands of people, the medical establishment soon aligned around the benefits of mask mandates and social-distancing rules.

In a study published Nov. 5 in Clinical Infectious Diseases, Sims and the  Beaumont research team found that masking — particularly N95 masks — helped protect hospital staff from COVID in the early days of the pandemic.

Examining COVID antibodies in blood samples from more than 20,000 Beaumont staff, the study found that workers exposed to COVID-19 patients without wearing masks had an 18 percent risk of getting sick. That risk dropped nearly in half, to 10 percent, for people wearing N95 masks, according to the research.

“When we were talking back in January and February, we weren’t talking about everybody wearing masks,” Sims said. “And that's what we say we need now: Everyone wears masks.”

The nuances of evolving medical advice aren’t always appreciated by segments of the public and, as we’re seeing now, aren’t easily forgiven.

“It’s not only a reversal [of a belief], it’s a reversal of the authority, the trust,” said Zikmund-Fisher of U-M.

“We're arguing here about the value of the economy or the value of social interactions or…of family interaction versus the value of limiting the spread of the virus and the mortality and morbidity risks that might come along with it.  Once we own that, then maybe we can start to acknowledge that they’re all things that, in theory, we all value,” he said.

The uncertainty of the pandemic doesn’t help. “It’s hard and exhausting,” Zikmund-Fisher said, “and the first piece of advice is to acknowledge how much this sucks.”

With its credibility in question, and Trump and other officials opposed to pandemic restrictions on the attack, public health guidelines have been subject to doubt and politicization.

“Public health guidance, based on what we know about this illness” is now  “muddled up with political challenges and beliefs,” said Susan Ringler Cerniglia, spokeswoman for the Washtenaw County Health Department. “That's a really difficult situation and one I don't think any of us has great ideas about how to navigate.”

While Whitmer has waged an aggressive battle to enforce restrictions, many governors stopped short of mask mandates or other measures, relying instead on a call for personal responsibility to keep the virus at bay even as cases surged in those states. It’s an argument that has also found favor with Michigan Republican leaders.

But now, as daily new infections in the United States soar beyond 100,000 and overall deaths passed 250,000, overwhelming hospitals, even some conservative governors are rethinking their stance. Leaders in Utah, West Virginia, Iowa and North Dakota are tightening mask rules. On Friday, Wyoming Gov. Mark Gordon, who has resisted government mandates, called out those who don’t take COVID seriously “knuckleheads.”

Much is at stake.

Michigan is now recording more than 7,000 new COVID cases a day and, on Thursday, more than 100 deaths. Should the state relax mask mandates and other pandemic orders, it could register nearly 1,000 deaths a week by year’s end, according to modeling by a Harvard-led team of researchers.

And yet after eight months of government orders, political disputes and body bags, pandemic fatigue shows little sign of vanishing. 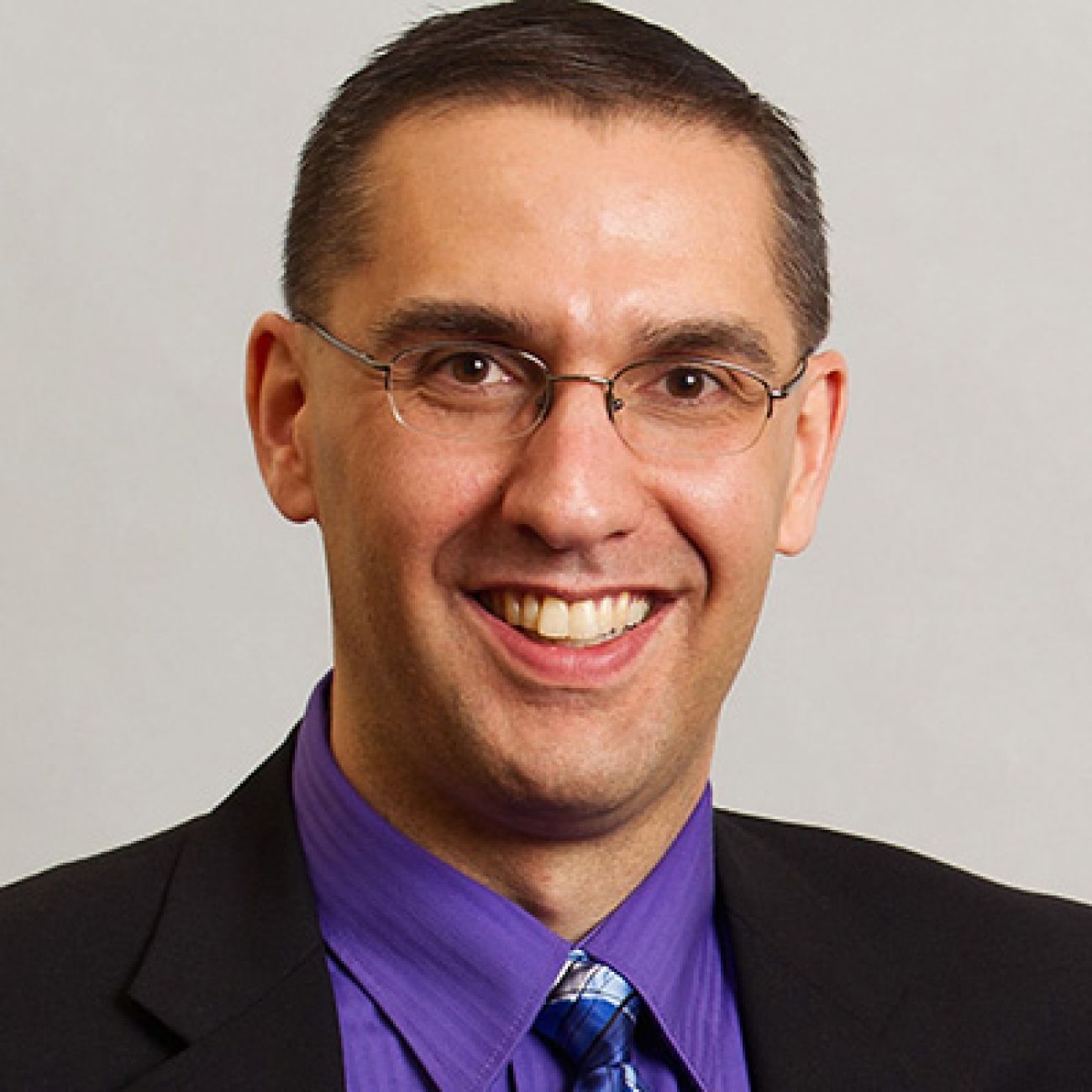 Facing a confused and sometimes angry public, some officials have begun to shift messaging from mandates and penalties to one that appeals more to residents’ duty to their neighbors and their communities.

In the Upper Peninsula, an 18-year-old high school student with a communication disability helped to shift COVID messaging.

Hannah Ott was busy with school work at her home in the central U.P. when she overheard an angry resident hurling insults on the speaker phone at her mother, Kerry Ott, spokesperson for the LMAS Health Department, which covers a four-county region.

Hannah wandered into her mother’s home office unsettled by the man’s anger.

Her mother is one of many health officials asking residents to mask up, wash their hands, stay home when sick, and keep a social distance. Hannah was baffled: “They are just small things,” she told her mother. 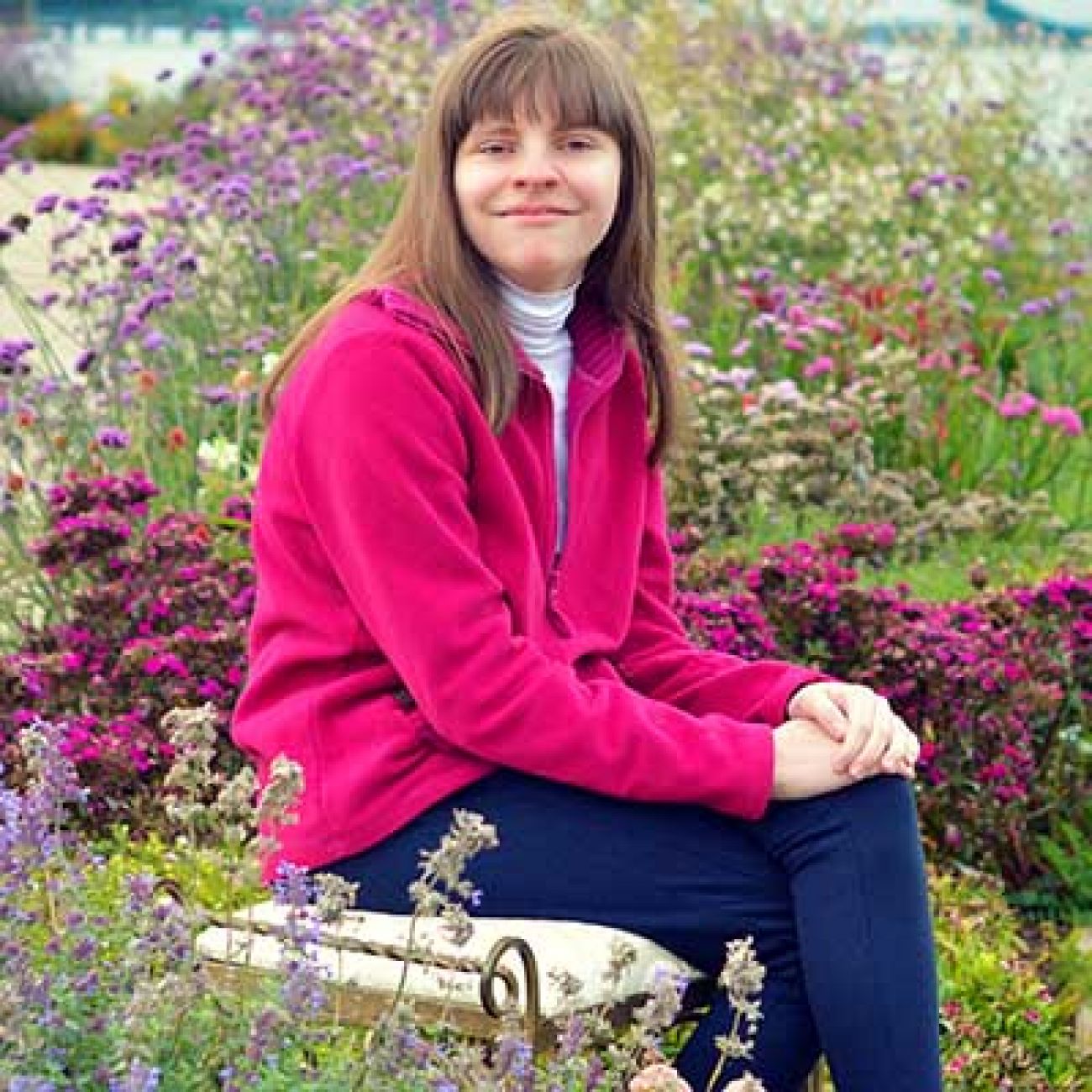 Doing small things — in this case, taking simple precautions that express care for your neighbor — is precisely what beating the pandemic is about, her mother said.

#DoSmallThings is now the hashtag on the health department’s Facebook page and news releases, including in the office’s letter to the community the day after Whitmer’s emergency authority was struck down.

“Will you do these very small things to make a very big difference?” read the letter.

On Tuesday, five hospital CEOs in the Upper Peninsula also sought to appeal to community spirit, calling out “COVID fatigue, political divisions, conspiracy theories, and sadly, a growing lack of compassion for each other.”

On Thursday, the University of Michigan and hospitals across the country unveiled a #MaskUp campaign: “Wear. Care. Share with #MaskUp,” signs read. “Together, wearing is caring.”

Whether any of this will make a difference remains unclear.

Seeger, of Wayne State, said a one-size-fits-all message is unlikely to work, and may backfire when it’s delivered by the government.

Don’t gather for Thanksgiving? That advice simply doesn’t work for everyone.

Some families live in large, multigenerational households. Other families use the holiday period to check on elderly relatives. Social interaction is critical for some who otherwise might be isolated.

A more nuanced approach is tough, but it’s a must, he said.

While mandates may drive home the importance of masking, for example, it’s equally important to note that the government isn’t arresting people for ignoring them, he said.

That may diffuse arguments that revolve around “personal freedoms” and “live free or die.”

There will always be those who ignore public health rules, whatever the messaging.

But even partial compliance with the state’s guidance helps “normalize” safety precautions for others, much like enforcement of seatbelt laws did over time, experts said.

A state order gives Michiganders a backstop, too, to resist pressure from  naysayers, said Nicholas Derusha, president of the Michigan Association of Local Public Health, which represents the state’s 45 local and county public health departments.

Not everyone will do so, “but hopefully enough people will that will affect the change that we need.” 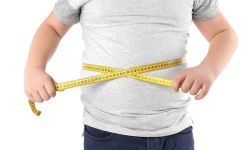