The trickier problem remains finding a therapist or other professional to refer these people to in the days that follow.

Thousands of Michigan residents have punched in the three-digit emergency line each month since the service launched on July 16, connecting callers to trained counselors, according to state officials.

According to MDHHS, calls to the state’s mental health crisis line climbed from an average of fewer than 5,500 a month in the three months before July to an average of more than 6,300 a month in six months since — a 15 percent rise.

But while mental health advocates applaud the idea behind  the 988 Michigan Suicide and Crisis Lifeline — a single, 24-hour, nationwide number for those in mental health crisis — service providers say that getting treatment for the people calling into the hotline remains anything but assured.

“I would say our situation is borderline dire,” Kristin Gietzen, president and CEO of Grand Rapids-based Arbor Circle, said of ongoing staff shortages plaguing the nonprofit mental health treatment agency that are repeated at similar agencies across the state. 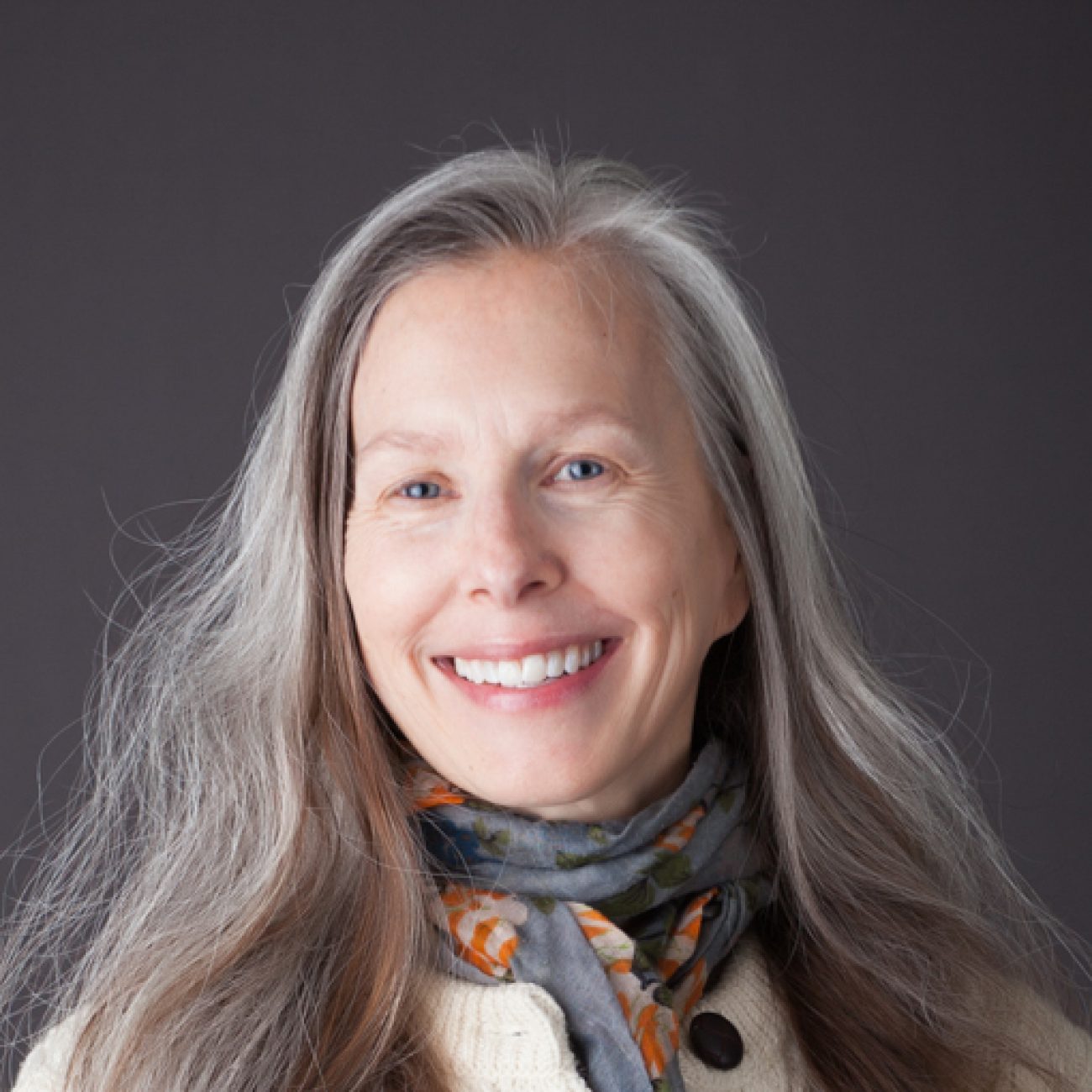 “We should have a staff of about 300 people,” she said, but “I would say we have approximately 35 positions open (including) masters’s level social workers and licensed professional counselors. But we have had months where we've had to turn away upwards of a hundred people who are calling and saying I would like to get into outpatient counseling and we just do not have the capacity to take on another patient or another client.”

Gietzen said the first few days and weeks after someone calls the emergency number can mark a path to treatment and a successful outcome — or a critical missed opportunity. The crisis line only works as well as the mental health care and resources it’s tied to.

“You have to be ready to take on an individual who is seeking help at the moment they are seeking help because that window will close,” Gietzen said.

Most calls to 988 are handled by the Michigan Crisis and Access Helpline (MiCAL), except in Calhoun, Cass, Kalamazoo, Kent, Macomb, St. Joseph and Van Buren, counties where three regional call centers provide primary coverage and MiCAL provides backup call coverage. The state first  launched MiCAL in 2021 as a 24-hour mental health crisis line, but initially it was  reached through a 10-digit number that callers had to look up.

The 988 program was modeled after the more general purpose 911 emergency network, which traces back to the late 1960s. The new program is backed by $432 million in federal funds, with more than $100 million of that dispersed through state grants. It’s designed to be a memorable and quick number that connects people who are suicidal or in other mental health crises to trained professionals.

It’s also meant to cut down on emergency mental health calls that often go to 911 — which wasn’t set up to deal with mental health needs. Many people who rely on 911 end up with a police escort to a hospital emergency room, where they may wait days for treatment ─ or, in some high-profile cases, confrontations with police officers who may not be trained in how to handle people in mental health distress.

Michigan's 988 system is funded through multiple sources, including $3 million from the state’s general fund and the $5.3 million in federal grants that extend through April 2024.

MDHHS spokesperson Lynn Sutfin said funding for 988 beyond that point is uncertain.

“Similar to most other states, MDHHS is working on identifying funding for 988 for (fiscal year 2024) and beyond,” Sutfin said.

While the hiring of 988 staffers continues,Sutfin said, the goal is to answer 95 percent of calls within 20 seconds.

As the state braced for the expected rise in calls to 988, officials planned a quiet rollout of the crisis line its first few months to ensure adequate staff and coordination. That’s expected to change, with a statewide marketing campaign targeted for early this year.

“When that is solidified, we will focus our efforts on marketing the 988-dialing code throughout Michigan,” a state planning document states.

Among the key imperatives of the crisis line, the document said, is to “provide follow up calls to ensure people are connected to services.”

But that connection has been fraying for years, as COVID-19 deepened the shortage of mental health resources as health workers near the bottom of the pay rung left for jobs outside the field. It’s also become more difficult, advocates say, to attract qualified professionals with advanced degrees.

Even before the pandemic, a 2019 report on the availability of behavioral health services in the state found that hundreds of thousands of Michigan residents with a mental illness or substance-use disorder were untreated, a crisis compounded by a shortage of health professionals and treatment facilities.

“People who need services and resources aren’t even sure where to access it,” Kevin Fischer, executive director of the Michigan chapter of the National Alliance on Mental Illness, a nonprofit advocacy group, told Bridge.

“The painful reality is we don’t have enough professionals across the board. It’s going to take years, if not decades,to build that pipeline.”

Pinals of MDHHS acknowledged the shortages. “Michigan is similar to other states in the staffing challenges we have across multiple sectors. That’s something we are very well aware of,” she said.

As Bridge has reported for years, that treatment gap is perhaps most keenly felt in the field of youth psychiatric care, where teens in a mental health crisis languish in hospital emergency rooms as long as a month, while nurses or administrators scramble to find beds in psychiatric centers.

Nationally, the Centers for Disease Control and Prevention report that mental health-related ER visits in adolescents aged 12 to 17 increased by 31 percent in 2020, the first year of the pandemic. In a follow-up report, the agency noted the pandemic has been especially taxing among young girls, with ER visits involving adolescent girls attempting suicide climbing 51 percent in the early months of 2021 compared to the same period in 2019.

In the 300-mile wide Upper Peninsula, there’s not a single inpatient bed for youth psychiatric care, on top of a scarcity of a range of mental health providers in rural communities across the region.

At the same time, these communities struggle with some of the state’s highest suicide rates,as desperate family members struggle to find mental health care for a troubled loved one before it’s too late. Statewide, suicide is tied with accidental death as the leading cause of death among children age 10 to 14.

What to do for loved ones at risk of suicide

In Ironwood at the western edge of the U.P., Pat Gallinagh has made the battle against suicide personal. A survivor himself of a suicide attempt decades ago, Gallinagh heads an area nonprofit group aimed at raising awareness of the risks for suicide and how to prevent it.

But Gallinagh said that all too often, mental health crisis care is simply not to be had for weeks, even months.

He recalled a local family that tried to get psychiatric help for their 15-year-old son a few years ago, fearful he was flashing signs he could be suicidal.

“They called in March. They were told the soonest they could get him in was October.”

Gallinagh said the youth killed himself in April.

While Gallinagh applauds the rollout of the 988 hotline, he said the availability of treatment behind it remains pivotal to its success.

“The follow-up is the problem. Right now, the system is broken, no question about it. There’s more need than there are people to help.”

There are attempts, both at the state and local level, to close the treatment void.

In a move to shore up the patchwork youth mental health crisis treatment network, the state embarked in December on an effort to expand treatment capacity by offering financial incentives to dozens of residential treatment facilities that contract with MDHHS. Officials noted that 800 treatment slots for youth and adolescents had shrunk to 500 due to a lack of workers to care for a larger patient population.

MDHHS also doubled reimbursement rates in October for residential youth treatment facilities, from about $500 a day to about $1,000 a day. In addition, according to MDHHS, it doled out $25 million in “pandemic relief” in payments that ranged from $100,000 to $3.5 million.

Back in Kent County, Gietzen of Arbor Circle, pointed to a 24-hour adult mental health crisis center planned for downtown Grand Rapids as another needed step forward. It’s funded by $5 million from the state and $3.9 million from the federal American Rescue Plan Act allocated by Kent County.

“The need for crisis services is gaining attention and getting more community and institutional support, so that’s a good start,” she said.

In the meantime, mental health professionals like Antonia Caretto of suburban Detroit often feel like they’re plugging leaks in a dam. A clinical psychologist in private practice in Farmington Hills for nearly 30 years, she treats children, adolescents and adults.

Caretto said she gets six to eight calls a week from potential patients seeking her counsel.

Her office voicemail has their answer: “For your information, I am currently not accepting any new patients,” it says.

As for patients she refers to a psychiatrist, good luck.

“It’s horribly impossible to get in with a psychiatrist these days. I only have so much time in a week myself. We are all swamped.”