Michiganders stranded as Peru enforces a lockdown due to coronavirus

Christiana Gachupin and Robert Murray landed in Lima, Peru last Sunday for the first day of what the Farmington Hills couple thought would be a two-week honeymoon in the Andes.

Lawrence Bowlin, a pastor from Fenton, and his wife, Ellen, were in Peru’s countryside to introduce their oldest daughter to missionary opportunities.

And Abbey Edwards, a recent University of Michigan graduate, was among a group of Peace Corps volunteers working with children in remote villages.

Christina Gachupin took this video from her Airbnb of Peruvian police patrolling to enforce a curfew and lockdown in Lima during the coronavirus outbreak.

Now, these half-dozen Michiganders are among scores of Americans scrambling to leave Peru after President Martín Vizcarra issued an emergency order last Sunday closing Peru’s borders and imposing a 15-day quarantine to slow the spread of the coronavirus.

It’s unclear how many Americans are still there, but at least 60 are listed in a community spreadsheet circulated through social media by Americans trying to get home. They even have a Facebook page and a hashtag #stuckinperu.

The most frustrating thing, several residents told Bridge Magazine on Saturday, has been the lack of communication from the U.S. Embassy on what steps they can take to get home. Several also said they were upset by comments from President Trump seeming to suggest travelers were too slow to take action to return home. “They were late with their flights. We gave them a period of time; they didn’t make it,” the president said at a press conference.

It was “devastating,” Murray said, to see other countries like Israel, Mexico and Canada send planes to evacuate their stranded citizens while they were stuck in their Airbnb throughout the week watching developments on television.

Gachupin and Murray said they touched down at Lima’s airport last Sunday for the start of their honeymoon. They found themselves racing back to Jorge Chávez International Airport that very night, after the president’s emergency order was announced, only to discover they could not get an international flight out of the country before the Monday deadline.

When the emergency measures were first announced, there were 71 confirmed cases of COVID-19 in Peru; by Friday afternoon, the count had risen to 263.

Gachupin is a nurse anesthetist at the University of Michigan Hospital, and Murray is an anesthesiologist at Beaumont Royal Oak. Both said they are eager to return home as soon as possible to help with the coronavirus medical response.

“At this point, it doesn’t feel like people from the (U.S.) government are going to come get us,” Gachupin said Saturday.

The couple said they reached out to their congresswoman, Brenda Lawrence, and to U.S. Senator Debbie Stabenow’s office. Gachupin said despite repeated calls to the U.S. Embassy during the week, only one was picked up, and that was by a security guard who informed them the embassy was closed.

Robyn Bryan, a spokesperson for Stabenow, said in a statement that the office is working with the State Department and other local offices to assist a “significant number” of Michiganders stranded abroad. The U.S. Embassy in Lima could not be reached for comment. 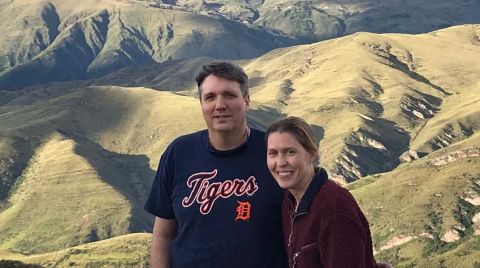 Lawrence Bowlin, the pastor from Fenton, said he was redirected multiple times when he tried to reach someone at the embassy and other government agencies. He and his wife had traveled to the village of San Jeronimo with their oldest daughter to familiarize her with missionary work. The family had scheduled their flight home for March 16, the last day to leave before the lockdown, but their flight too was canceled.

Lawrence Bowlin said they then had to FaceTime their two youngest daughters, 12 and 13 years old, to say that they wouldn’t be coming home, and had no idea when they would be able to return. “It’s the scariest phone call of your life,” Bowlin said.

They arranged for the younger daughters to be sent to stay with relatives in Connecticut, but Lawrence Bowlin said he’s worried that whenever they return he will be blocked from reaching them by possible domestic travel bans.

Edwards, an Owosso native, was in the village of Amazonas with the Peace Corps. She said Corps officials had been transparent about their progress in organizing flights for volunteers. The organization hasn’t made any promises about when they’ll all be evacuated, Edwards said, but noted that half the volunteers working in Peru were flown out with some U.S. embassy employees on Friday. 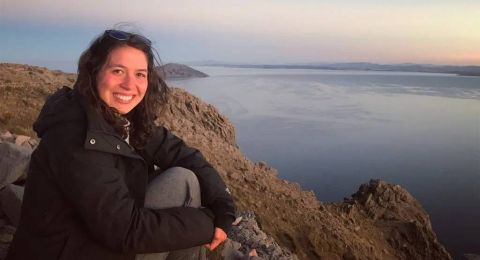 Edwards said she isn’t certain that she will be able to return home soon, despite the Corps telling her they believe they can get all volunteers out of the country sometime this week.

At least two of the Michiganders said they have health conditions they are concerned about — Gachupin has an autoimmune disease for which she takes Humira; Bowlin said he is easily susceptible to bronchitis.

In the midst of uncertainty, they say they are trying to relax and find distractions. Bowlin’s family has been working on a missionary house where they are staying. Edward was put up in a hotel and has been watching TV and catching up with friends in the Peace Corps. Gachupin and Murray remain in their Airbnb, and have been trying to learn a little Spanish.

“I really don’t want to believe it could take [more than one month],” Murray said. “But we would survive somehow.”