The number of Michigan parents seeking school vaccination waivers for their children continues to grow — with rates nearly as high by the end of 2021 as they were in 2014, the year before the state began mandating “education” sessions with vaccine-reluctant parents.

In four Michigan counties — Leelanau, Lapeer, Alger and Kalkaska — one in 10 children obtained waivers from taking at least one required school vaccine in 2021, the latest year in which waiver data is available.

In a fifth county, Houghton, in the Upper Peninsula, nearly 20 percent of students — 294 of the 1,516 students in kindergarten and seventh grade — opted out of at least one vaccine, according to the Michigan Department of Health and Human Services (MDHHS).

“It’s a group of like-minded people that live in a certain area,” said Dr. Robert Van Howe, medical director of the Western Upper Peninsula Health Department. He declined to give details, saying only: “We try to provide accurate information, but if people aren’t open to the information, they’re just not going to act on it.”

Under the state’s public health code, it’s a misdemeanor to violate vaccination and waiver requirements, but according to Lynn Sutfin, the MDHHS spokesperson, the department is “not aware of any instances of a parent or guardian being charged.”

Across Michigan, roughly 16,000 of the state’s 385,000 kindergartners and seventh graders — 4 percent — recorded waivers for at least one vaccination in 2021, according to MDHHS. (The data also includes new students moving into districts.)

For example, in Houghton County, the rate of vaccination against measles is “probably not” close to the 95 percent coverage needed to reach herd immunity against the highly contagious measles, said Van Howe, the medical director. The vaccination rate is even lower among certain social groups and church members, he said.

If measles were to take hold within those communities, Van Howe said, “it could hit everybody” who is not vaccinated.

But where Van Howe sees health officials as offering expert guidance on disease prevention; others see fear tactics that make parents ever more leery of “big government, big medicine and big pharma,” said Suzanne Waltman, president of Michigan for Vaccine Choice, a Troy-based nonprofit that has fought mandatory vaccination since 1994.

The COVID vaccines felt particularly “forced,” and the pushback rippled to other vaccines, too, said Waltman, an accountant. “It had people more often questioning health departments and their motivations.” 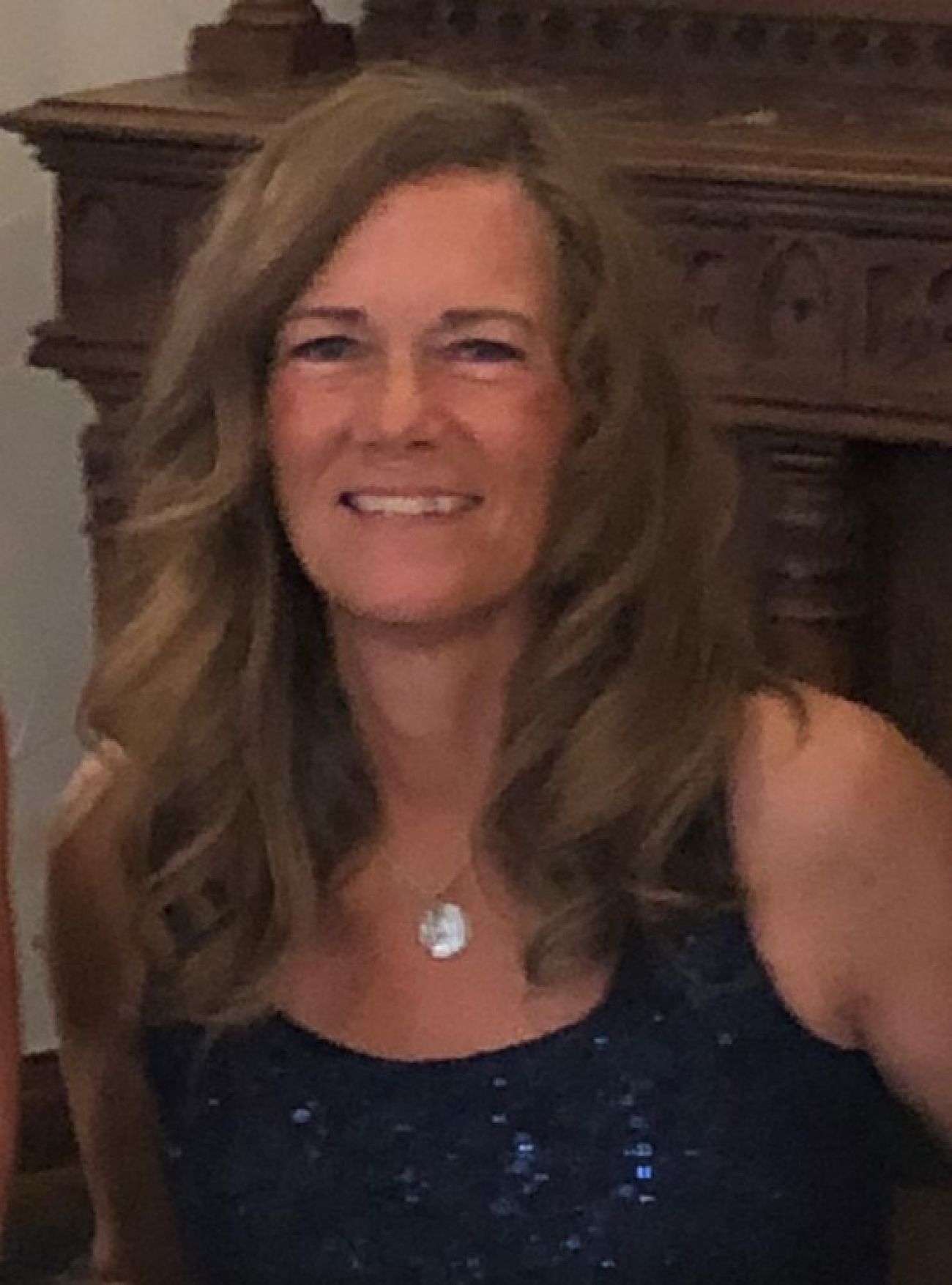 Public and political pressures surrounding the approval of the first COVID vaccines raised fear among a growing segment of the population that the vaccines were being rushed to market without enough testing. A large-scale survey of U.S. attitudes toward vaccines, taken during the early 2021 rollout of COVID vaccines, showed 60 percent strongly support or “support with concerns” vaccines in general, while 7 percent described themselves as “anti-vax.”

Last week, a recommendation by the U.S. Centers for Disease Control and Prevention’s vaccine advisors to permanently make COVID vaccines free to children raised the specter — erroneously — that COVID vaccines would be added to the list of required school vaccines for Michigan students.

Shannon Ciecko, chair of the Wayne County chapter of Moms for Liberty, a parental rights group that has been in the spotlight this year for opposing certain reading material in school libraries, said she received several calls from concerned parents on the issue.

At their recent debate, both Gov. Gretchen Whitmer and gubernatorial challenger Tudor Dixon said they don’t support a COVID vaccine mandate in schools. Sutfin, the MDHHS spokesperson, also told Bridge this week there are no plans to add the COVID shot to mandated school vaccines.

But that doesn’t reassure everyone, said Ceicko, who said that from her conversations “everyone’s on high alert.”

Ciecko, who is also a nurse, said her five children received school vaccinations through the years. But she said she doesn’t believe her children or grandchildren need the COVID vaccines. She said others she has spoken to have gone as far as to ditch all school vaccines.

Van Howe and others say the pushback to COVID vaccines during the pandemic is likely to have longer-term consequences for vaccinations in general.

On Wednesday, 21 leading physicians and researchers published a letter in the peer-reviewed medical journal, Lancet, sharing their worries as well about a decline in public trust.

The pandemic, the authors said, “might be an inflection point in the longer-term acceptability and sustainability of school vaccine mandates … (I)t could usher in a new fervour for challenging school mandates and a rise in parents claiming exemptions from school mandates.”

Michigan is among 15 states that allow a personal or philosophical exemption in addition to a religious exemption from school vaccines, according to National Conference of State Legislatures. Specifically, Michigan’s administrative rules allow waivers for “medical, religious, or other reasons.”

In 2015, the state began requiring parents who opted for vaccine waivers to attend an “educational session” at a local health department before their school-age children could opt out. There, local health officials talk about how vaccines benefit both individuals and the community, as well as the risks of disease if they are not vaccinated.

The sessions vary widely from county-to-county. There is no standard curriculum; rather, the one-on-one sessions are meant to be tailored to answer each parent’s unique concerns, said Sutfin at the state health department.

Research shows the impact of requiring parents to attend these sessions was “short-lived,” according to a University of Michigan study. Waiver rates fell by a third the first year attendance was required, but ticked up slowly in the years that followed.

In Houghton County, “it rarely makes a difference,” said Van Howe. He said the health department’s public health nurse has been “verbally abused” during meetings. “People are downright hostile,” he said.

In 2014, the year before the state began requiring “education sessions” for parents, 4.8 parents had filed for waivers for at least one vaccine for their children, according to state data.

That number fell immediately to 3.1 percent in 2015 — likely a result of the extra hurdle to obtain a waiver. But it increased again over time. By 2021, 4.2 percent of parents had obtained waivers. (Waivers fell to 3.4 percent in 2020, but health experts say those numbers are uncertain during that first pandemic year when so many students didn’t attend school in person.)

The benefits of school vaccines have long been settled within the medical community. Vaccines now prevent more than 3.5 million global deaths a year from diphtheria, tetanus, pertussis, influenza, measles and other illnesses, according to the World Health Organization. They have slashed U.S. disease rates by more than 90 percent.

But a growing vaccine hesitancy among Michigan parents was evident even before COVID hit. Navin, the medical ethicist, interviewed more than three dozen public health staffers who met with parents seeking waivers. The staffers said they were surprised by their inability to change minds.

Several described an “invisible wall” between them and parents, who told the staffers — or suggested through body language  — that their minds were made up to refuse the vaccines, according to Navin’s findings, published in 2018 in the peer-reviewed journal Vaccine.

Over time, these public health workers began to shift the goal of their talks from trying to change parents’ minds to instead attempting to “plant seeds” and cultivate good relationships so the parents “would be more willing to rely on public health” in the future, according to the study.

As part of that shift, education sessions become more about promoting “informed refusal.”

“Before you withhold life-saving vaccines from your children, you should be informed,” is how Van Howe put it.

Despite the frustration, public health departments said it’s important to forge ahead with these parent sessions, in part because even a small dent — a few extra vaccines in a community — can help curb an outbreak, said Dr. Delicia Pruitt, medical director of the Saginaw County Health Department and a long-time family doctor.

“It’s like telling a patient to stop smoking and they say ‘Well, I’ll die of something else anyway,’” she said.

“You say, ‘I’m going to keep asking you to stop and annoying you anyway, because one day, it might make a difference. One day, you might quit,’” she said. 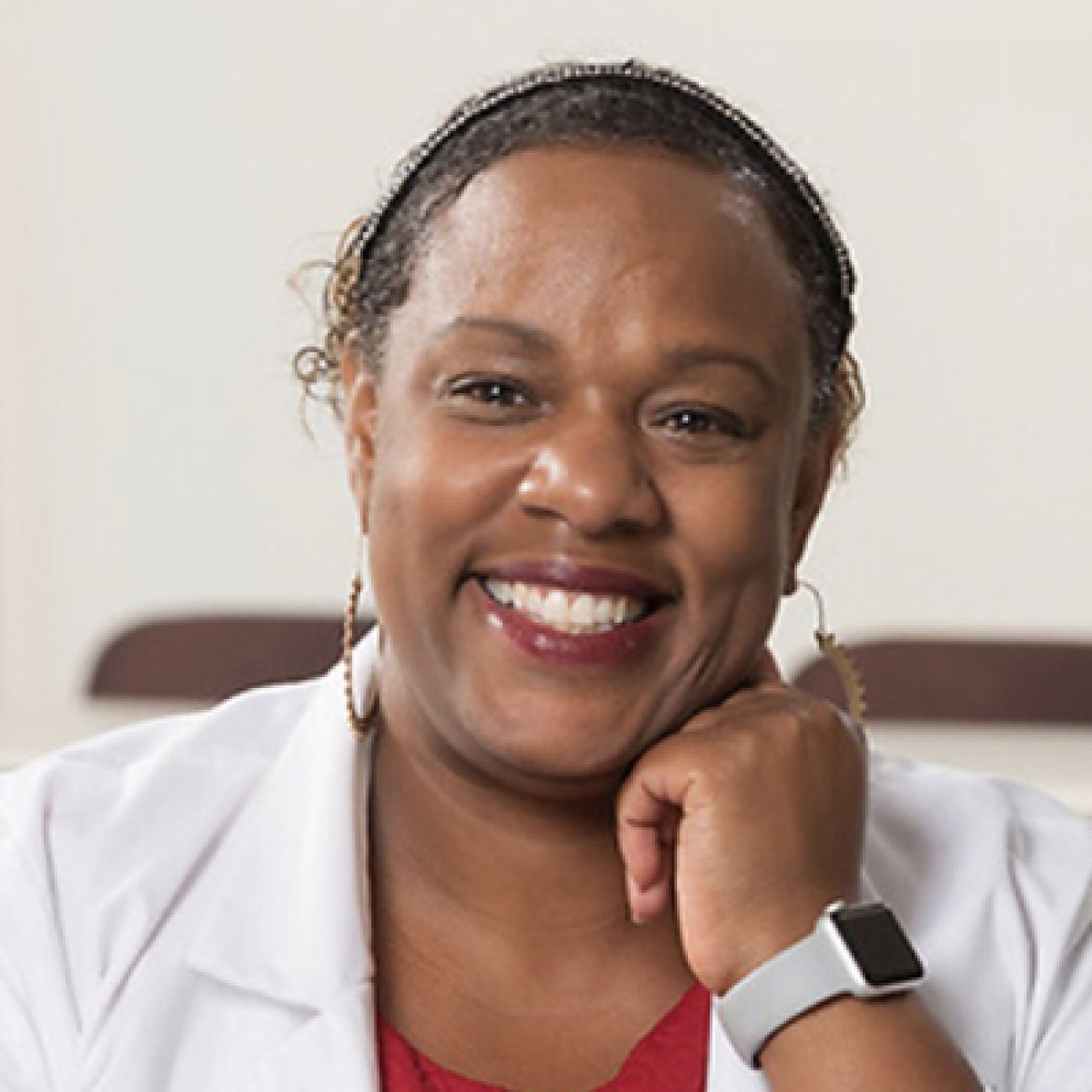 Dr. Zach DeYoung, the emergency operations medical director for Upper Great Lakes Family Health Center, said he tries to seek common ground with parents across the Western Upper Peninsula. He tells parents who may be on the fence about school vaccines that he would not recommend something for his patients that he wouldn’t also recommend for his own children.

“Every parent wants what’s best for their children,” the family physician told Bridge.

DeYoung described Houghton as “fiercely independent,” a place where people live through harsh winters and cut their own wood to heat homes. He said that means the argument that vaccines protect not just the patient but the surrounding community “doesn’t gain as much traction as it might elsewhere.”

But while public health officials relentlessly urge childhood vaccinations, they don’t always get support from schools.

School secretaries and other staff were sometimes more focused on the bureaucratic shuffle of vaccine records each year than public health, Navin concluded in another study, based on interviews with school staff, primarily school secretaries who are often responsible for collecting vaccine paperwork from parents.

Most often, Navin wrote in the 2021 study —  also published in Vaccine —  that staff “sought low-friction bureaucratic transactions, privileging the collection of data over the promotion of public health goals.”

He told Bridge he does not necessarily see his role as a teacher to advocate for vaccines but he would be “happy to help advocate anytime anywhere for public health.”

Teachers are “a bit more freaked out” about the possibility of getting seriously ill if students come to school sick. There have always been parents who would send their kids to school sick, Moody acknowledged, but COVID-19 brought that concern to new heights.

The district’s superintendent has sent out emails to encourage parents to get their children vaccinated. Bridge reviewed several weekly updates that included information about where COVID-19 vaccines were available. In Ingham County, there is a 3.9 percent waiver rate, slightly below the state average.

In Kalkaska County, about an hour east of Traverse City, the waiver rate is three times higher: 11.8 percent. Kalkaska Public Schools superintendent Rick Heitmeyer said he would suspect the higher rate is a result of “general mistrust given the pandemic” but said he doesn’t know for sure.

“I think that the concern that (the high waiver rate) causes is that we have immunizations for a reason and that reason is so we don’t have an outbreak of some type of disease that we can immunize against,” he said.