A newly expanded website backed by the Centers for Disease Control and Prevention may make it easier for Michigan residents to find vaccine providers with available doses in their communities. (Shutterstock photo)
February 25, 2021
Robin Erb
Michigan Health Watch
Coronavirus Michigan

In the scramble for COVID vaccines, a new website may help still-frustrated Michiganders get at least one step closer. Meanwhile, Michigan may be just days away from a third vaccine option if a federal safety committee Friday recommends its authorization.

The Centers for Disease Control and Prevention is backing a website that allows users to find vaccine providers in their area, including information on which ones have available doses.

The free tool, VaccineFinder.org, guides people seeking vaccines to Pfizer and Moderna vaccine providers. It is searchable by zip code and helps users to find providers within, 1, 5, 10, 25 or 50 miles of their location.

Medical clinics, pharmacies, and health departments can feed information such as their hours of operation and phone numbers into the site, which is operated, in large part, by epidemiologists and software developers at Boston Children's Hospital.

“We’re trying to create a trusted site and bring some order to all this chaos and confusion around availability,” John Brownstein, a Boston Children’s Hospital researcher who runs VaccineFinder.org, told The New York Times.

The site tracks whether providers in your area have vaccines in stock.

However, it does not allow users to directly schedule appointments nor does it help them bypass websites where the ability to sign up for vaccines can appear and then vanish as vaccine supplies ebb and flow.

Meanwhile, the new Johnson & Johnson vaccine, which federal scientists Wednesday said appears safe, could arrive as soon as next week. The federal Vaccines and Related Biological Products Advisory Committee, which advises the U.S. Food and Drug Administration on vaccines, meets to discuss its safety Friday.

“If all things go well, and the vaccine is authorized in the next few days, then we should actually see that vaccine in the state of Michigan next week, which is really, really exciting,” Dr. Joneigh Khaldun, chief medical executive of the Michigan Department of Health and Human Services, said Thursday. 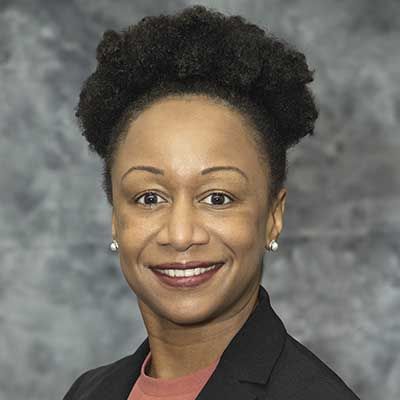 Khaldun and Linda Vail, Ingham County health officer, spoke to Bridge Michigan readers Thursday during a lunch hour Zoom session about the uneven vaccine rollout in Michigan. The two addressed the frustration of Michiganders who are still awaiting their turn even though they’re eligible because they are 65 or older, for example.

Khaldun and Vail made it clear that they, like the rest of Michigan and the U.S., are strapped by short supplies.

And it’s not certain just how much Johnson & Johnson vaccine, which would relieve some of pent-up Michigan demand, would arrive. Public health departments must still wait, week to week, to learn how many doses will be received from manufacturers, complicating efforts to schedule people on a consistent basis.

That also makes it difficult to predict when eligibility will expand beyond frontline emergency workers, essential workers and seniors to the next groups of Michiganders, including those with chronic medical conditions who don’t otherwise fit into an eligible group, Khaldun said.

“I don't know when it’s coming. I have no idea how much I'm getting,” Khaldun said of the Johnson & Johnson vaccine. “I want to give clarity and tell people exactly (what to expect), but it's often ‘we just don't know.’”

Michiganders should feel comfortable taking any of the vaccines, even if the one-dose Johnson & Johnson version appears to have lower efficacy, said Vail, who is trained in immunology and has worked in vaccine research.

She compared it to the MMR vaccine, which protects against measles, mumps and rubella. Its effective rate is 78 percent to 88 percent effective against mumps.

Clinical trials showed efficacy rates of about 95 percent in the first two vaccines, made by Pfizer and Moderna.

“But do we see mumps? No, we don't,” she said. “That's why herd immunity also works. Part of it is the effectiveness of the vaccine, and part of it is that people around you (who are) vaccinated.”

“We've got all of this different protection and even those lower levels of protection,” she said. “Once you've got enough people vaccinated, basically we create that herd immunity.”

Certainly, the pace of vaccine distribution has picked up. It took 48 days for the first million doses to be distributed in Michigan, but less than four weeks later — the 2-millionth dose was administered.