New state data suggest that the isolation and economic collapse COVID19 brought to Michigan may have caused another kind of misery as well — an increase in opioid overdoses and death.

Those who work in recovery say the pandemic has hit people battling addiction doubly hard — bringing high anxiety and isolation even as the fear of spreading infection disrupted group meetings, peer support and in-person counseling.

Recovery for many is “all about group therapy, all about connections, all about community. During the pandemic, the support systems all fell by the wayside,” said Marilyn Spiller, a recovering addict who is now spokesperson for Grand Rapids-based Sanford Addiction Treatment Centers.

While telehealth and virtual meetings have been successful for some “it's not the same,” said Mariah DeYoung, clinic manager Pine Rest Christian Mental Health Services, also in Grand Rapids.

In May, Michigan emergency room visits related to opioid overdoses surged 42 percent over the numbers in April — from 439 to 625, according to the Michigan Department of Health and Human Services.

Over the three months from April through June, EMS runs for probably overdoses were 26 percent higher than in the same period in 2019. This increase occurred even as overall emergency runs nosedived in Michigan with people being afraid to enter hospitals during a pandemic.

Meanwhile, medical examiners representing more than a dozen Michigan counties told Bridge they are seeing an uptick in opioid-related deaths in preliminary data. That squares with trends cited by the American Medical Association, which reports more than 35 states are reporting increases in opioid-related mortality.

“Every single one of those numbers is a life,” she said.

But perhaps not surprising. 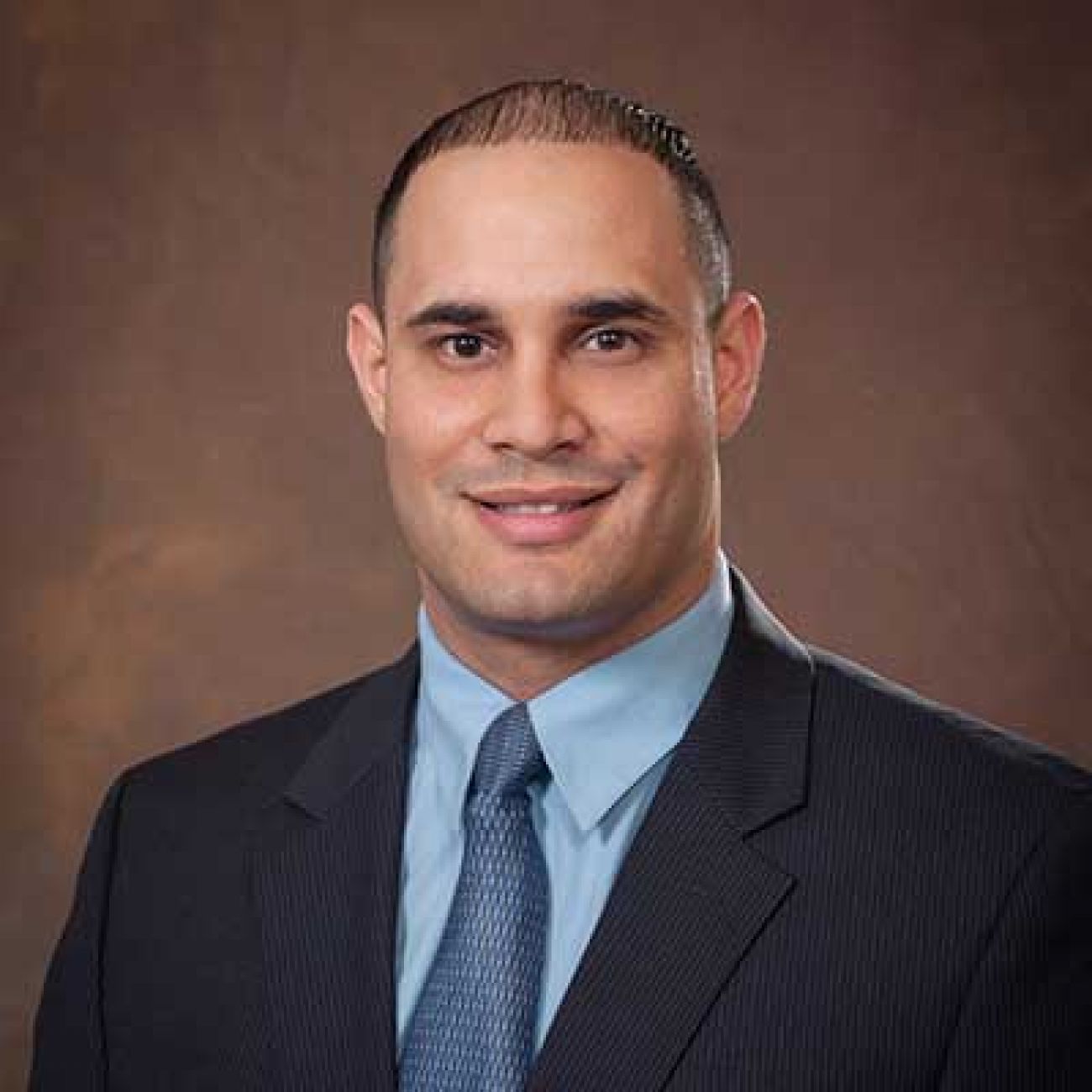 As COVID-19 shut down the state, it also interrupted recovery efforts as well as access to doctors who help manage chronic pain, said Dr. Mustafa “Mark” Hamed, an emergency room doctor and president-elect of the Michigan Academy of Family Physicians. (Courtesy photo)

One report in May suggested that the COVID-19 outbreak spreading across the U.S. could result in another 68,000 “deaths of despair,” defined as those related to drug or alcohol misuse and suicide. The estimates, widely reported and at times criticized, were based on economic modeling based, in part, on such deaths in 2018.

Whatever the scale, Dr. Mustafa “Mark” Hamed has seen it anecdotally from the front lines as director of the emergency department at McKenzie Health System in Michigan’s thumb, and as medical director for health departments covering eight counties in northeast Michigan,

Doctors elsewhere have also noticed an upswing both in patients who either have overdosed or are going through withdrawal, after what had felt like some success battling addiction to painkillers. In November, the state reported its first decline in opioid deaths in six years.

But as COVID-19 bore down on Michigan, doctors' offices turned to telehealth or cut their hours. Substance abuse services shuttered. Group meetings were canceled.

Grand Rapids-based Pine Rest Christian Mental Health Services warned of the pandemic’s toll on those fighting addiction in a June report, estimating an additional 1,997 suicides in Michigan over the next year if mental health issues, including addiction, are not addressed.

COVID-19 is a “profound disruption” leading to unemployment, isolation, anxiety for Michiganders, according to the Pine Rest, a behavioral health provider that offers substance abuse services.

That, in turn, puts additional stress on an already stretched-thing mental health system struggling to serve those in recovery who may now felt set adrift without in-person meetings, said DeYoung of Pine Rest.

The coronavirus may also raise obstacles to new abusers from seeking treatment. Those who might otherwise tentatively drop into a recovery meeting now “have to figure out how to wander in online, and that’s super intimidating,” she said.

At MacKenzie, Hamed said some patients have told him they’ve avoided clinics and providers who refill prescriptions for suboxone, which is used for medication-assisted treatment to help relieve the symptoms of withdrawal. As COVID-19 swept the state, they worried about COVID-19 infections at the clinics the same way people with chest pains or stroke symptoms have  avoided emergency rooms.

“They were afraid to walk into a clinic, and they went back to opioids, or they tried to stretch out the suboxone longer and ended up going through withdrawals,” Hamed said.

Complicating matters, he said, withdrawal symptoms can mimic COVID-19 infections. Patients seeking emergency treatment with nausea, vomiting, diarrhea or chills are assigned to a negative pressure room to prevent the spread of the virus, Hamed said.

Hamed and other substance-abuse experts interviewed by Bridge also wonder if some patients taking opioids for pain are avoiding their doctors because of COVID-19 and instead turning to illegal drug suppliers. They may be unaware that the U.S. Drug Enforcement Administration has suspended the requirement for paper prescriptions and in-person visits during the public health emergency, Hamed said.

“One of the ways that folks don't overdose is by buying from the same supplier, (and) they know what they're getting. They know the potency of it,” said Taverna at MDHHS. “If you have to make a change for some reason, you're getting other stuff that you don't know about.” 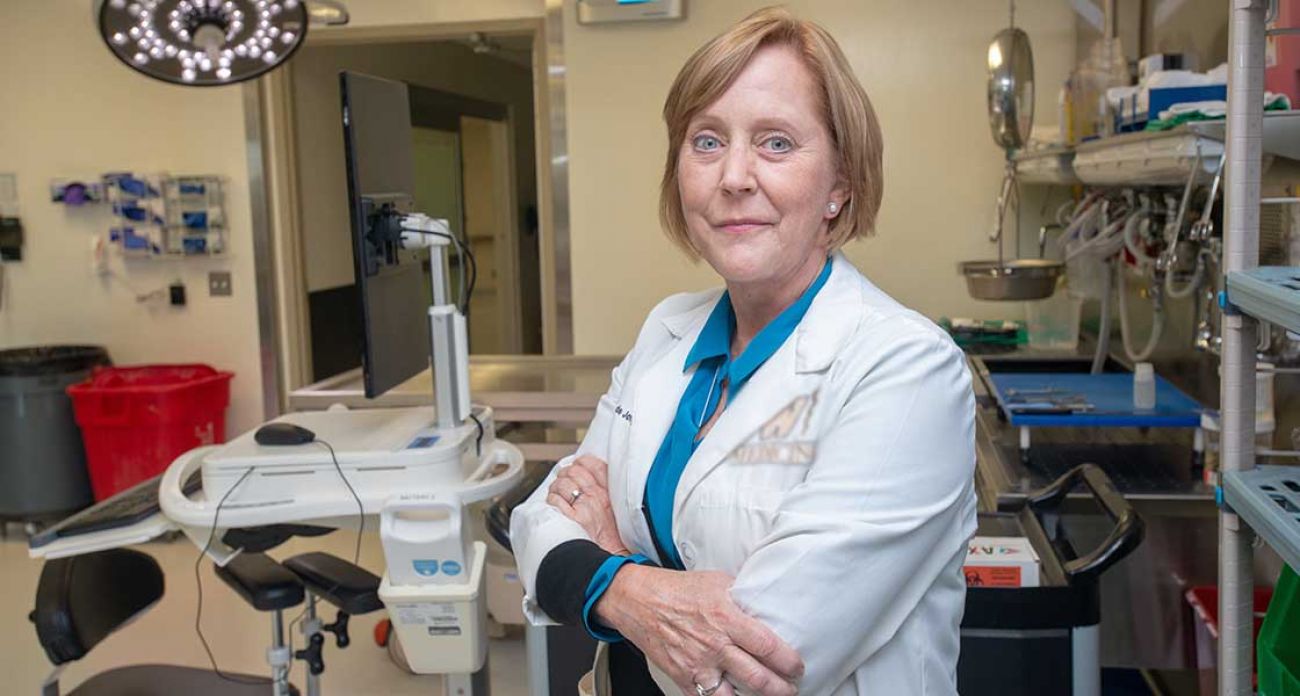 Dr. Joyce deJong, a medical examiner based in Kalamazoo, cautions that a connection between coronavirus and an upswing in opioid deaths may seem logical, but until there’s more data any link remains “wildly speculative.” (Courtesy photo)

Concerns from the morgue

The isolation of a pandemic presents another danger for people who abuse drugs: They are more likely to use when they are alone. If there is nobody to call for medical help or administer naloxone or another medication that reverses opioid overdose, they are in deep trouble.

“If they overdose and they’re alone, that’s an almost certain death,” said Spiller of Sanford House.

A dozen counties on Michigan’s western edge recorded 149 opioids-related deaths this year as of Friday. At the same time last year, there were 94, according to medical examiner Dr. Joyce deJong.

In five counties around Lansing, preliminary data suggest about 50 deaths in April, May and June are associated with opioid use, compared to roughly 30 over the previous 10 quarters, according to Dr. Michael Markey, medical examiner for those counties.

“I can't say ‘Wow we're on a trend,’ but I can clearly say that this is an anomaly,” Markey told Bridge.

Dr. deJong said she’s not yet ready to reach broad conclusions, saying the causes behind the opioid deaths are still “wild speculation.”

Certainly, numbers remain spotty and preliminary. Some counties Bridge contacted — Washtenaw and Livingston in southeast Michigan and Mackinac and Emmet in northern Michigan, for example — have seen no significant shift in opioids-related deaths. (Dr. Carl Schmidt, the Wayne County medical examiner, said that he has not yet finalized data on overdose deaths for May and June.)

Likewise, Dr. Sally Aiken, president of the National Association of Medical Examiners, also noted upticks in opioid deaths across areas of the country. A special bulletin released in Washington State, where Aiken is a medical examiner, noted an increase in drug deaths in the first six months of 2020, including those involving fentanyl since March.

When it comes to COVID-19’s real toll, “we will not know for sure for several years.”