A U.S. Supreme Court ruling striking down Roe v. Wade and leaving such decisions to states will likely increase abortions in Michigan by attracting patients from states where abortion is banned, or soon will be, experts say.

That’s because Michigan is among two dozen states in which abortions are, for now, still legal. Michigan does have a 1931 law that bans abortions in most instances, but reimplementation of that law was recently blocked by a Michigan judge and it’s unclear when a higher court will weigh in.

In the meantime, Michigan abortion providers said they’ve been scrambling to retrain existing staff, hire new personnel and find additional medical supplies in a supply chain still gummed up by the pandemic.

“It will be us and Illinois and thousands of desperate pregnant people across the country trying to find access” in the Midwest, Dr. Sarah Wallett, chief medical officer of Planned Parenthood of Michigan, told Bridge Michigan this week. 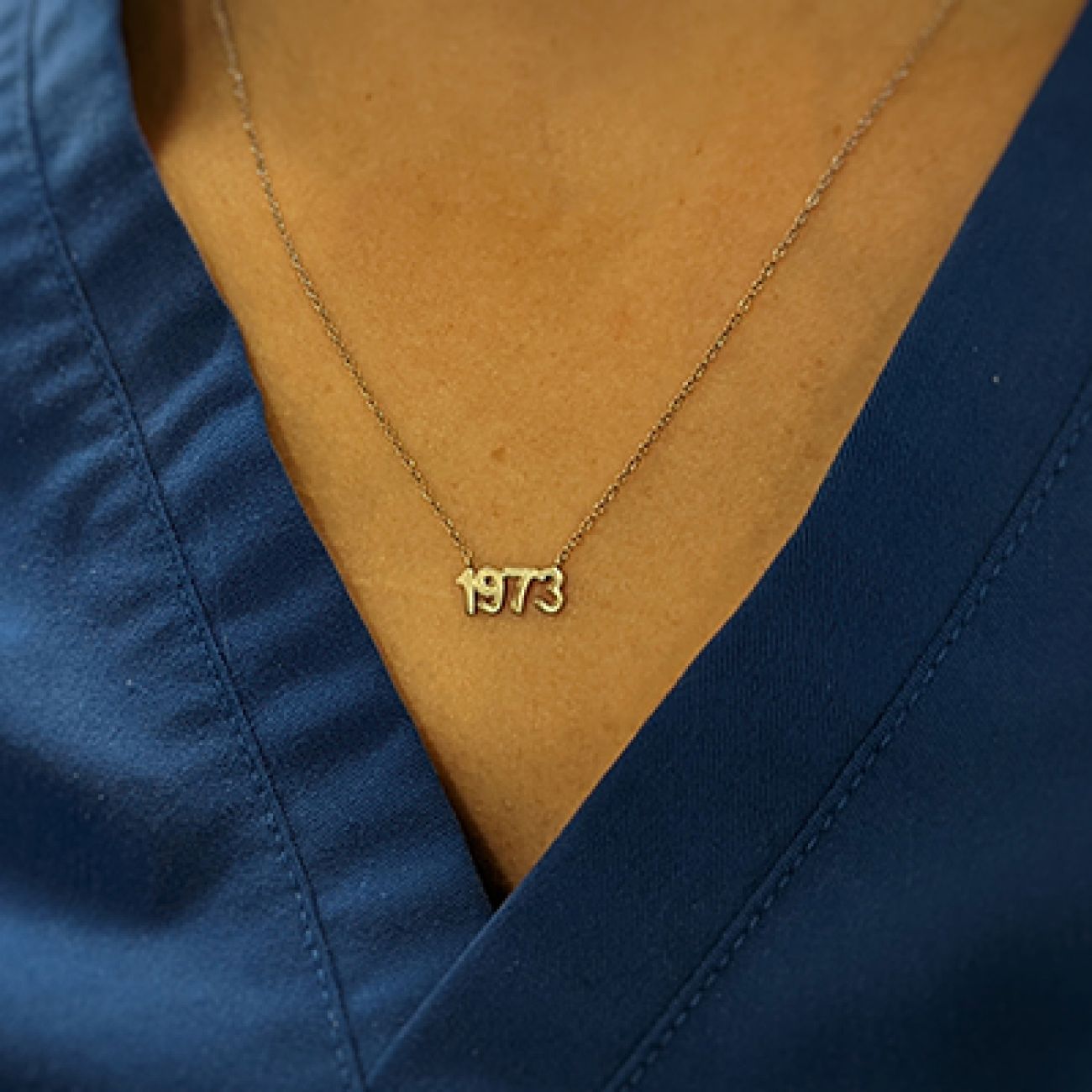 Providers say clinics are starting to see more women from Texas, where abortion is banned after six weeks, and Oklahoma, where it’s banned outright.

Even before the court’s ruling was foreshadowed by a leaked draft of the opinion in May, women from Ohio were among out-of-state patients seeking abortions at Northland Family Planning Centers, said Renee Chelian, founder of  the three-clinic operation in Southfield, Sterling Heights and Westland.

“Some of them, from Ohio, are medication abortion patients or early surgical patients who couldn't get in to a clinic closer to them sooner,” she said.

“They come into Michigan, after getting their information on the internet, and it takes only one visit to the clinic. And it’s less than an hour from Toledo,” Chelian said.

Michigan also could see increases from Indiana, where a Republican legislature vowed to take quick action if Roe was overturned, and Wisconsin.

Out-of-state interest in Michigan is not new. The number of nonresidents seeking abortions in Michigan has tripled in the past decade, from 531 in 2012 to 1,665 last year, though they remain a small percentage of the roughly 30,000 abortions performed in Michigan last year, according to state data.

Planned Parenthood and Northland said they are training current staff in preparation for rising volumes. For instance, medical assistants that usually focus on family planning or other aspects of sexual or reproductive health are being trained to help with abortion recovery, Wallett said.

“These plans have been in place for months,” Chelian said.

According to the abortion-rights research group Guttmacher Institute, 26 states are poised to ban abortion altogether and immediately. Indiana and Ohio legislatures have made it clear they will further restrict abortion.

In addition, Wisconsin’s Planned Parenthood announced Friday it would immediately halt abortions. Its president, Tanya Atkinson, said the group will focus instead on helping patients “navigate their way to a state where abortion is still safe and legal, where their decisions are respected, and we’ll be here for them for after care when they return home.”

Aside from Michigan, only Illinois likely will continue to offer abortions in the Midwest.

In Michigan, a 1931 criminal statute remains on the books banning abortions except when the life of a mother is at risk. That law became unenforceable after Roe in 1973. But over the years, abortion opponents worked to ensure the state law remained in wait, to be resurrected if Roe is overturned.

But as Bridge reported, a Michigan Court of Claims judge issued an injunction last month suspending the 1931 law from taking effect upon Roe’s fall. The decision, in a suit brought by Planned Parenthood, undoubtedly will be fought to the Michigan Supreme Court.

Abortion-rights activists are also fighting on other fronts, launching a petition drive that, if passed by voters, would create a state constitutional amendment guaranteeing broad reproductive freedoms, including abortion. Separately, Democratic Gov. Gretchen Whitmer asked the state Supreme Court to declare a right to abortion in the current language of the state constitution.

These efforts, if successful, could make permanent Michigan’s role as a “safe haven state” — a prospect that worries Genevieve Marnon, legislative director for Right to Life of Michigan.

According to Marnon, the passage of the ballot measure would give Michigan “the most unregulated and unrestricted abortion laws in the country — far more radical than even New York and California,” she told Bridge Thursday in an email.

Right to Life is part of the Citizens to Support Michigan Women and Children coalition fighting what Marnon calls the “extreme amendment initiative” and trying to unseat Whitmer as she seeks a second term in November.

From haven to ban

There’s no way of predicting the volume of out-of-state patients following Friday’s ruling. And given the uncertain fate of Michigan’s 1931 statute and other legal efforts, there’s no guarantee that Michigan won’t eventually also ban the procedure.

In that case, said Chelian, the founder of the Northland clinics, she and other state providers may set up operations in states where abortion remains legal to support Michigan patients.

“That’s definitely one of the backup plans,” she said.

There is precedent for that. After Texas passed law making it difficult to obtain abortions, Whole Woman’s Health, which had clinics in Texas, set up shop near the Minneapolis-St. Paul airport where it provides abortions to people from Texas and Oklahoma.

Providers say they could help Michigan women needing abortions in other ways as well. Getting them to other states would require funds for travel, hotels, even child care, in some instances.

Organizations such as the National Network of Abortion Funds use donations to help pregnant people access care out of state.

Michigan’s chapter, Reclaim MI WIN Fund, relies mostly on small pledges — the average donation is $25 to $100, to assist women who may have trouble paying for procedures or associated costs like travel or child care, at Northland Family Planning clinics in metro Detroit. 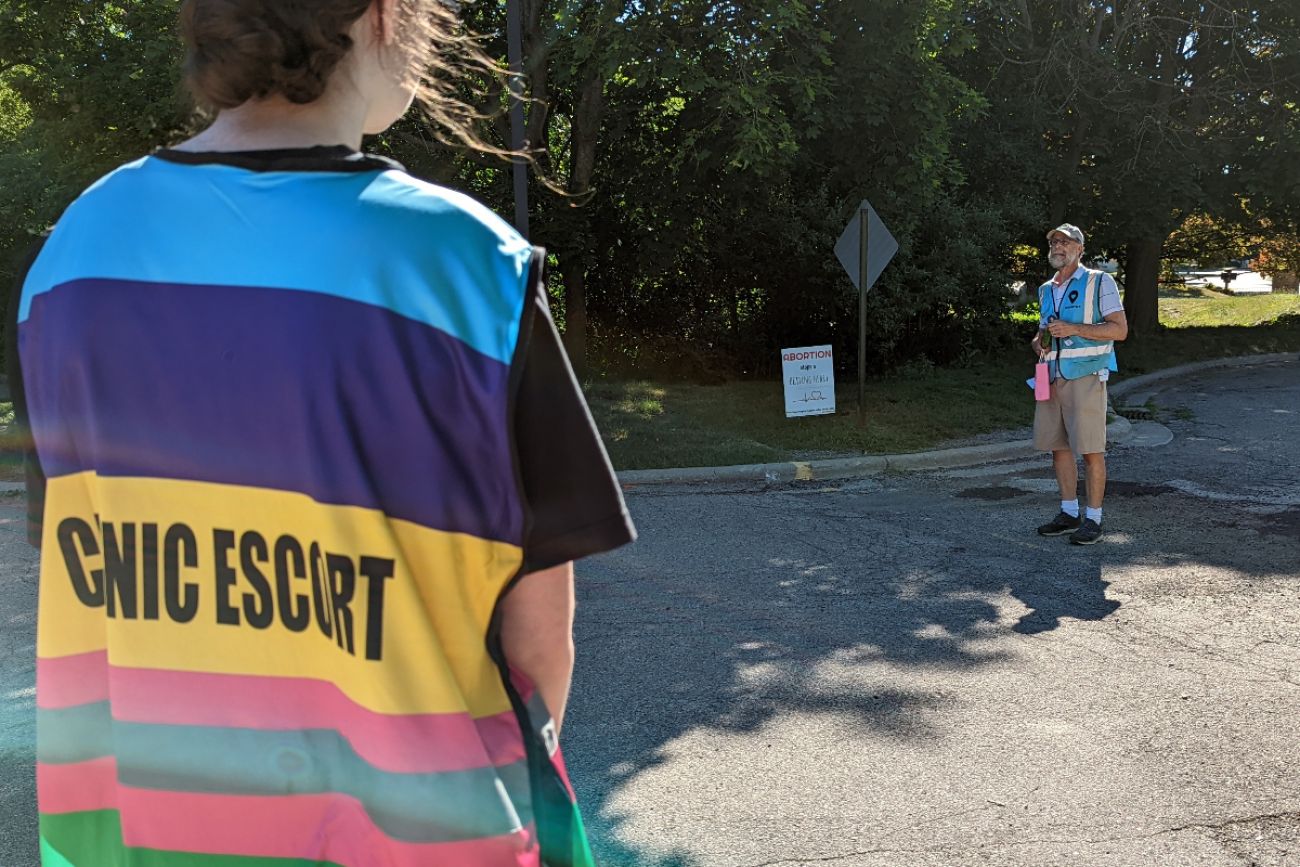 Even on quiet days like Thursday, abortion opponent Paul Dobrowolski has stood outside a Planned Parenthood clinic in Ann Arbor trying to get change the minds of patients seeking an abortion there. (Bridge photo by Robin Erb)

While abortion-rights supporters inundated these funds with “rage giving” after the Supreme Court draft was leaked in May, Elizabeth Nash, who tracks state policy for Guttmacher, said donations may not be sustainable.

“I’m not sure how long we can crowd-source abortion access,” she told Bridge.

A national scramble for abortion services has already resulted in back-ups in states that provide abortion. Wait times for appointments have stretched from “two to three days to two weeks,” Nash said.

On Friday, outside a recently renovated Planned Parenthood clinic in Ann Arbor, anti-abortion protestor Paul Dobrowolski said he was grateful for the Supreme Court’s ruling but understood the fight would continue.

“We know that abortion will remain legal in Michigan, at least for now,” he said.

Dobrowolski, a retired chemist from Saline who has prayed and stood vigil outside the clinic for years, said the key now is fighting the petition drive to enshrine abortion rights in the state constitution.

Whatever the future holds, he said, “we’ll be here no matter what.”