Accusing nursing home owners of failing to protect both them and residents, about 1,600 Detroit workers at 17 facilities are set to walk off their jobs Monday.

Members of the SEIU Healthcare Michigan labor union have accused nursing homes in metro Detroit — including those that reported hundreds of COVID-19 cases and deaths — of failing to maintain safe staffing levels and provide enough personal protective equipment.

The planned walkoff comes amid heightened debate and scrutiny about the coronavirus in Michigan, where 1 in 3 of the state’s more than 6,200 deaths involve nursing home residents, according to state data. At least 21 nursing home staffers have died of the virus since March, state data show.

Lisa Elliott, a nursing assistant at Regency at St. Clair Shores, adding that workers feel “expendable” rather than “essential.”

She said working during the pandemic has been “like a madhouse ... every single day.”

“We're going in there for the right reason to care for the residents,” Elliott said. “It's hard for us because the residents are the ones that are getting hurt in the end, and being neglected when we don't have what we need to take care of them.”

Nursing home workers have long complained about pay, and SEIU this summer has demanded a $15 minimum hourly wage for all service workers and $18 an hour for nurses’ aides, as well as an end to mandatory overtime and improved benefits like health care and paid sick leave.

They also seek personal protective equipment, as a Bridge review of state inspection reports found that gear was in such short supply at some homes at the start of the pandemic that staffers used raincoats.

The members of Service Employees International Union (SEIU) work in the 17 homes where at least 1,311 COVID-19 cases and 219 deaths have been reported among residents and staff.

Bridge reached out to owners of 16 of the 17 homes, Villa Healthcare, Ciena Healthcare and Charles Dunn, and none responded to calls for comment. A woman who answered the phone at Beaconshire Nursing Center, who declined to give her name, said neither the administrator nor anyone else at the nursing home would have a comment.

Many homes throughout Michigan have provided “hazard pay” and increased compensation  in recent years to compete with retail and other industries, said Melissa Samuel, president and CEO of the Health Care Association of Michigan, which represents more than 350 Michigan homes, including Villa’s, Ciena’s and Dunn’s.

Stressing she was speaking in general about the industry and not specific homes, she noted that pay for certified nursing assistants has increased to $14.78 per hour at the beginning of 2020 from $12.20 per hour in 2016.

Samuel said adequate staffing levels during the pandemic have been difficult to maintain.

“You had staff that got sick and you had staff that just stayed out because of fear and maybe the extenuating circumstances of their lives… In the heat of it, in the fire of the early spring in southeast Michigan when Michigan was being so severely impacted by COVID — it was very challenging,” she said.

The same was true for personal protective equipment, she said.

But union members say the pandemic only made existing problems more acute. And in a prepared statement, it demanded that the homes to “take responsibility for the crisis of COVID-19 within nursing homes.”

The pandemic also has underscored racial disparities in the industry as low-wage workers at the 17 homes across metro Detroit said they felt they were forced to report to work as essential workers but without sufficient personal protective equipment, even as COVID-19 disproportionately killed Black Michiganders, the union said. 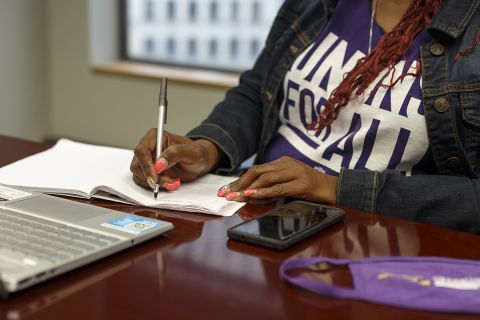 Michigan health officials announced that nursing homes may find ways to allow loved ones to meet with residents under certain conditions. The state also may soon approve a provision that allows family members to volunteer in homes. 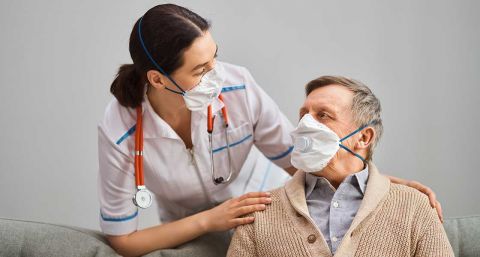 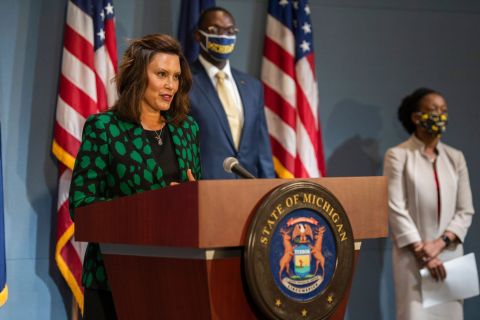 A third of Michigan’s COVID deaths are in nursing homes. Who is to blame?

Michigan Republicans claim Gov. Gretchen Whitmer’s policies are partially to blame for 2,000 nursing home deaths. But new data show the state is far from alone in failing to protect its most vulnerable from the virus, as states like Florida once heralded for its policies are seeing dramatic spikes.

Very sad, CEO's, athletes, celebrities get everything, but hardworking people get crumbs. Always was and always will be that way.

It will always be this way as long as people keep voting for politicians that continue to worship supply-side Jesus.

Right on Looking For Jesus. Because there is no unified effort to deal with this we will get what we get. Look at Sturgess and the bikers. I am living life on my terms and the rest of you be damned . Luckily we have a strong leader as our President YA RIGHT. God have mercy on us. Peace R.L.