Mass shootings get the headlines, but more die from suicides, accidents and other forms of homicide. (Shutterstock)
May 31, 2022
Karly Graham
Michigan Health Watch
Michigan colleges and universities

On May 24, an 18-year-old gunman shot and killed 21 people at an elementary school in Uvalde, Texas.

Just a week and a half earlier, a gunman killed 10 at a grocery store located in a primarily Black neighborhood in Buffalo, New York.

As of May 25, less than halfway through the year, the United States has had 213 mass shootings.

And yet for every person who died in a U.S. mass shooting in 2020, about another 86 died from other forms of gun violence.

The University of Michigan’s Institute for Firearm Injury Prevention is working to find solutions that stop shootings before they happen.

“It’s horrific that these things keep happening, but I’m glad we’re doing the work we are,”  the institute’s managing director Jessica Roche said.

The Ann Arbor center is one of only a handful of institutes in the United States researching gun violence.

A 2019 study found that an average of $12 million annually was spent on firearm injury prevention research in the U.S. between 2008 and 2017. In the same period, an average of $88 million was spent annually on motor vehicle crash research, and $335 million on cancer research.

At the time, motor vehicle crashes were the most common cause of death for people under 18 years old; gun deaths were second and cancer third.

Following the 2018 shooting that left 14 students dead at Stoneman Douglas High School in Parkland, Florida, then-President Donald Trump added a clarification to the amendment, stating it does not ban research.

Much of the university’s published work is related to addressing gaps in research, as well as plans for how to go forward.

For example, in a 2021 study published in the Journal of Clinical Child and Adolescent Psychology, the institute's researchers compiled data and studies to summarize “key factors related to the onset, persistence, and consequences of firearm carriage and violence.”

Mass shootings are only a part of the research at the institute. In 2020, the Centers for Disease Control and Prevention reported 45,222 deaths related to firearm injury — the highest ever.

The University of Michigan institute found that there was a steady increase in the rise in gun deaths between 2014-2019, but the jump from 2019-2020 was drastic.

A recent study done by the institute and published in the New England Journal of Medicine found that in 2020, gun deaths jumped above motor vehicle incidents as the top cause of death for people between 1 and 19 years old.

When it comes to prevention solutions, the institute follows a strategy similar to the methods used to minimize motor vehicle injuries and deaths.

The website quotes Rebecca Cunningham, the University of Michigan’s Vice President for Research, as saying, “The focus is not on gun control, but rather on injury prevention. We did not halve automobile deaths by taking cars off the road, but rather by making them and their drivers safer.”

The institute works in rural and urban communities to limit gun and deaths injuries by implementing personalized solutions that stop events before they happen.

The institute has partnered with health centers in Detroit, Flint, Saginaw and Muskegon to develop violence prevention plans.

Roche said because people in rural communities are at a higher risk of firearm-related suicide, the institute is working with the Marquette County Health Department and other community groups to talk about how to safely store guns, for example.

By working with different community groups, the institute can take into account how to best implement solutions based on their needs.

“In the research world, there's always been this big gap between research and practice,” Roche said. “But at the institute, we’re not doing research for research's sake. We’re doing actionable research that has effects and can help communities deal with firearm injuries.”

The institute focuses on six areas of research, one of which includes school and mass shootings, but because a majority of injuries and deaths caused by firearms are between individuals, prevention efforts in that area have been a greater focus.

In 2020, a total of 513 people died in mass shootings, according to the Gun Violence Archive.  Mass shooting is defined as shootings where four or more people – excluding the shooter – are shot.

“Mass and school shootings are a component and aspect of this larger public health problem of firearm injuries. They certainly represent often the most visible part to the general public,” co-director of the institute Patrick Carter said.

Carter said the most common forms of injury are related to suicides and unintentional injury, but “horrific” school and mass shootings ofter garner more public interest and attention.

“We've seen an increase in active shooter events and incidents over the past decade, both an increase in the number as well as the severity of the incidents, so a larger number of casualties per incident,” Carter said. “We don't have clear data that tells us what's driving that trend, but that trend does exist.” 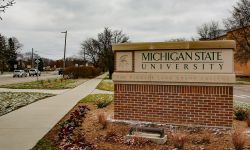 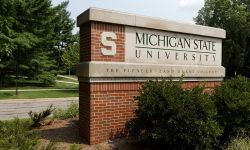 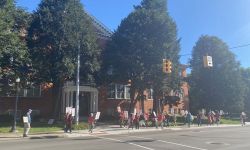