The prosecution of sports doctor Larry Nassar has triggered fresh attacks in the Michigan governor’s race, with just over a month until Election Day. Truth Squad rates the accusation Misleading.

In an online ad, the Michigan Republican Party charges that Democratic gubernatorial candidate Gretchen Whitmer "refused” to prosecute Larry Nassar for sexual assault in 2016 when she served as interim prosecutor in Ingham County:

“Michigan families cannot trust Gretchen Whitmer. … She says she wants to protect our families, but doesn’t tell you that she refused to prosecute Larry Nassar on sexual assault charges.”

Nassar was later charged and convicted by Attorney General Bill Schuette’s office for his assaults on female adolescent, college and Olympic athletes during physical exams and treatments.

Truth Squad has reduced the number of rating categories to the following:

Schuette, Whitmer’s GOP opponent, has repeated the charge at press conferences in cities around the state. The criticism gained even wider circulation when Rachael Denhollander, one of the most prominent of Nassar’s victims and the first to publicly accuse him of sexual assault, adamantly vouched for the conclusion that Whitmer had decided not to pursue a sexual assault prosecution in a Facebook post.

The charge reprises an accusation first leveled last December by Michigan State University Police Chief Jim Dunlap. He told The Detroit News that Whitmer’s office wanted to prosecute Nassar on open-and-shut charges of child pornography, but was hesitant to move forward on sexual assaults because they would prove challenging to a jury. So Dunlap said he took the cases to Schuette, who immediately accepted and later won convictions that will, practically speaking, keep Nassar in prison for life.

Whitmer, herself a survivor of sexual assault, has vigorously denied Dunlap’s account on two fronts. She says she could not have moved forward on a decision to prosecute the assault charges until Dunlap’s office supplied police reports. She produced an email showing she made that request the day after an October 2016 meeting with the chief.

She and Lisa McCormick, Ingham County’s chief assistant prosecutor, also say they had concluded at the time that the assault cases were probably a better fit for the AG’s office since women were coming forward from multiple counties across Michigan. 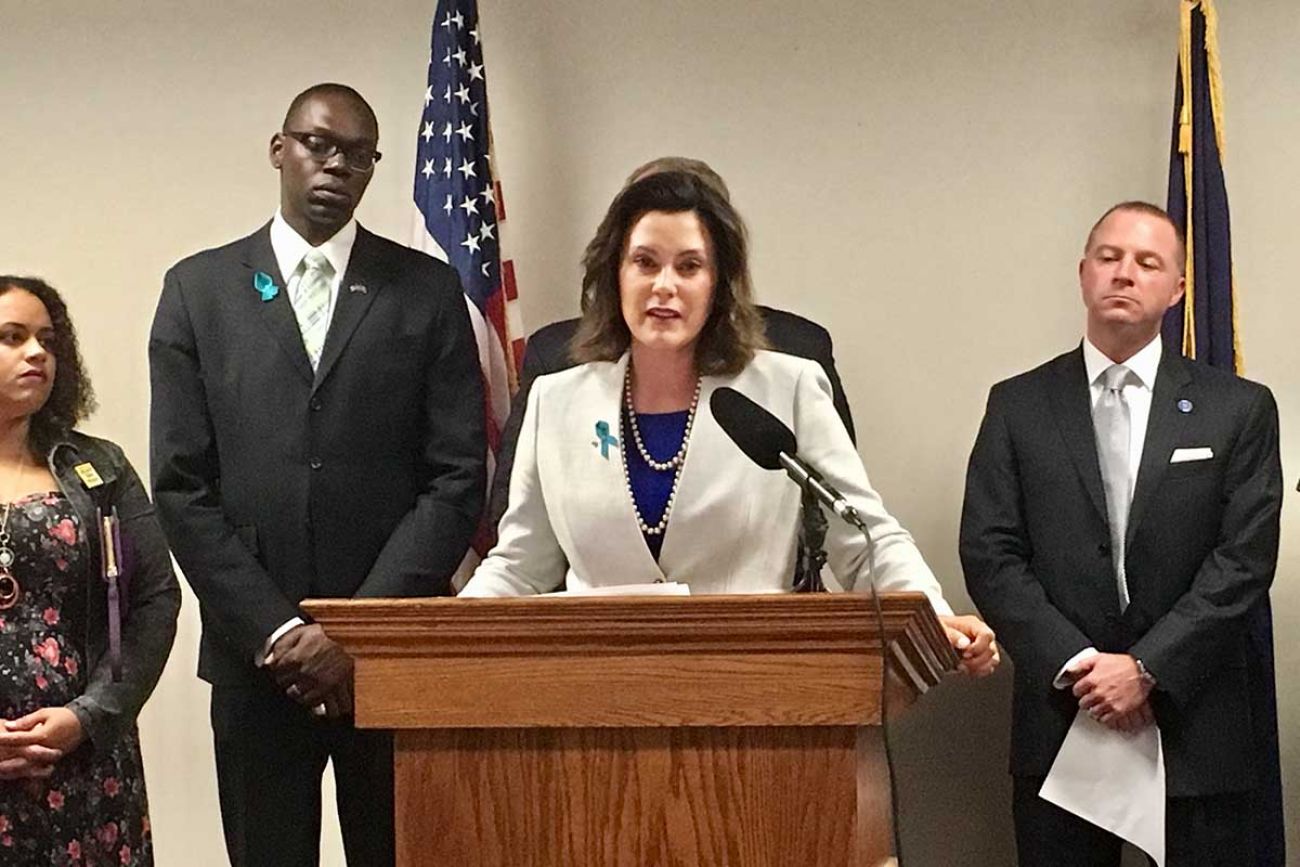 Truth Squad first addressed this issue in January, concluding then that the police chief had failed to substantiate his allegation that Whitmer was reluctant to address the assault cases. Truth Squad wrote then:

While Dunlap appears to portray Whitmer as a dithering bureaucrat, the available evidence suggests something else entirely: a prosecutor who put the interests of justice and sexual assault victims ahead of her own political ambitions by allowing the attorney general to spearhead the cases rather than seeking to prosecute through her own office.

Today, the facts surrounding Whitmer’s role in the decision to prosecute remain about as cloudy as they did in January. Notes, if they exist, from the disputed October 2016 meeting, in which top officials from both agencies discussed the prosecution strategy,  have not been publicly released.

Dunlap, the police chief, has declined to provide additional evidence to support his remarks last December. Schuette, meanwhile, mocks Whitmer’s explanation for deferring to the Attorney General’s office. But when Schuette first agreed to review the matter, his own office put out a press release declaring that the emergence of victims from multiple jurisdictions put his office “in the best position to effectively investigate and prosecute this case.” Meanwhile, Dunlap’s email correspondence with Whitmer’s office from October 2016 also cited multiple venues as a factor in taking the case to the state.

At first blush, Rachael Denhollander’s Facebook post seemed to add a new dimension to the dispute. Denhollander, an attorney who in June appeared in a campaign ad for Schuette’s then-Republican rival for governor, Lt. Gov. Brian Calley, said she had knowledge, including firsthand, of how decisions were made during the investigation.

She states as fact that Chief Dunlap went to the Attorney General “only after [emphasis hers] the determination by the Ingham County office to not pursue charges for any sexual assault.”

But Denhollander did not attend the Oct. 4, 2016, meeting between MSU police, the Ingham County Prosecutor’s Office and the FBI, according to a list of attendees provided by the Ingham County Prosecutor’s Office. So any knowledge she has of that pivotal meeting comes from the police officials who worked on the case and attended the meeting, not from being there herself, as she herself concedes in her statement.

Denhollander declined to elaborate on her statement to Truth Squad. 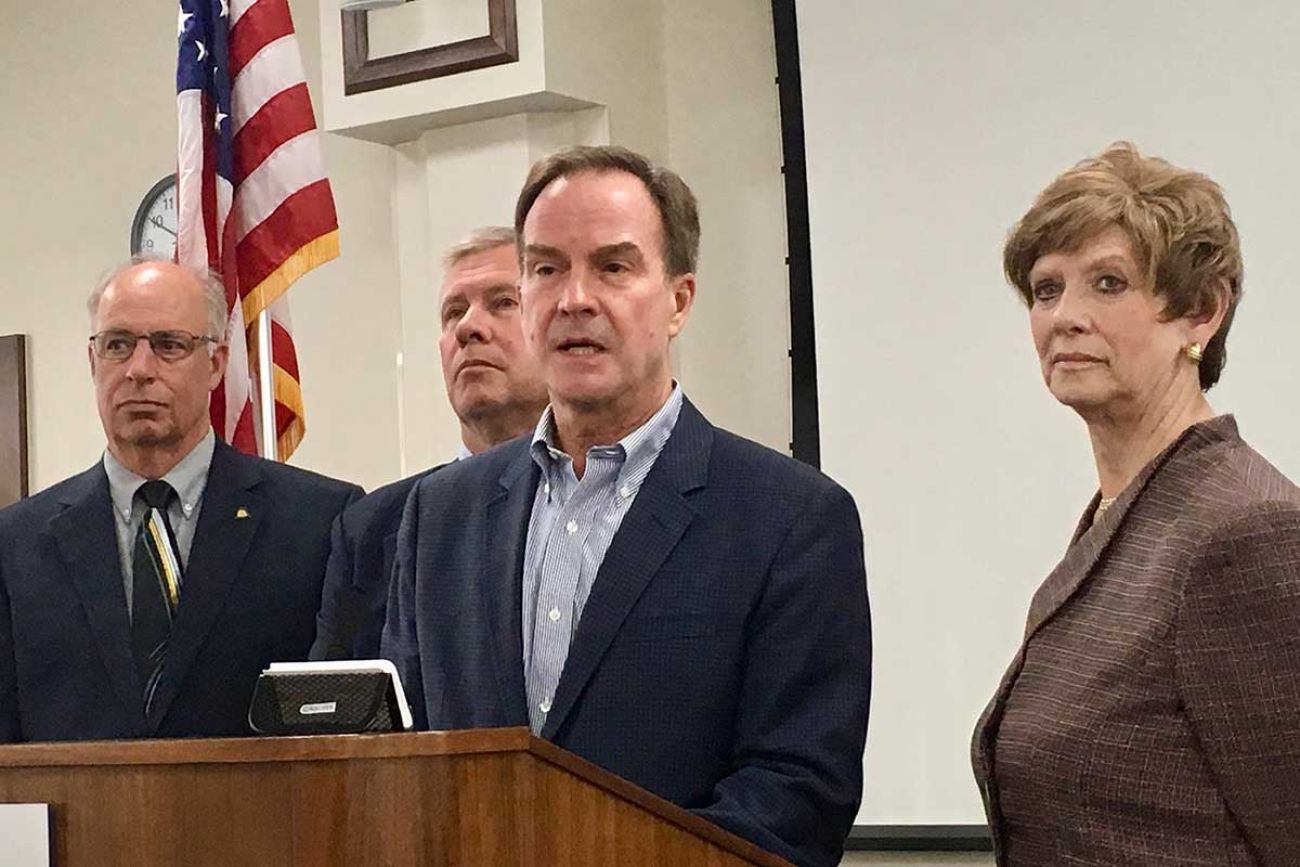 Whitmer served as Ingham County’s prosecutor for six months in 2016. It was under her direction that the office issued a search warrant that recovered hard drives containing images of child pornography from Nassar’s trash, leading to a 60-year federal sentence.

“She did her job as a county prosecutor in terms of finding (and) using search warrants appropriately and finding evidence that allowed us to prosecute at the federal level for child pornography charges,” Pat Miles, the U.S. Attorney for the Western District of Michigan at the time, and a fellow Democrat, told Truth Squad in an interview. “She did not go soft on Larry Nassar.”

The successful criminal prosecutions by Schuette’s office on behalf of hundreds of young women followed.

As we first noted in January, those raising the allegations that Whitmer declined to pursue sexual assault allegations have the burden of proving them. That remains true today. And it remains possible, as it did then, that more evidence could surface that challenges Whitmer’s version of events.

Until then, Truth Squad rates the accusation that Whitmer “refused” to prosecute Nassar on the accusations of sexual assault as Misleading.