Coronavirus cases connected to the return of students at the Mount Pleasant campus of Central Michigan University doubled over the weekend, prompting the declaration of a public health emergency in Isabella County to limit the size of gatherings.

The number of confirmed coronavirus cases rose from 38 Friday to 75 confirmed cases Monday, with another seven probable cases, according to the Central Michigan District Health Department.

According to data from CMU, among those cases: 54 are current CMU students, five are previous students and the remainder have never been students at the university, but are believed to have contracted the potentially deadly virus from off-campus parties or other associations with infected students.

Classes began at CMU Aug. 17, and COVID infections almost immediately spiked. One-third of all coronavirus cases since March in Isabella County, where CMU is located, have been reported in the past four days. More than half of “active” confirmed coronavirus cases in the county (75 of 146) are connected to students returning to Mount Pleasant, according to the health department.

The district health department declared a public health emergency for the city of Mount Pleasant and Union Township Monday, limiting outdoor gatherings to 25 people, down from a previous limit of 100.

Indoor gatherings are limited to 10 or fewer.

The order goes into effect at 8 p.m. Monday.

“We have seen a large increase in cases since students returned to the Mt. Pleasant area,” Steve Hall, health officer for the Central Michigan District Health Department, wrote in a news release. “Our investigations have shown that the majority of these cases had attended large social gatherings. Restrictions on the size of outdoor gatherings, along with other preventive measures will help us reduce the spread of this virus”.

There were five confirmed cases connected to CMU students Aug. 10-16, before classes began.

County data show that in the third week of August there was a 350-percent increase in COVID-19 cases compared to the previous week. During that week, 92 percent of reported cases were among those 18 to 24-years-old. This is compared to the first two weeks of August in which 39 percent of cases were among this age group, according to a news release from the health department.

“These are not normal times and it takes all of us working together to mitigate the spread of this virus. Putting these safety measures in place increase the chances of our schools and businesses staying open, as well as protecting all of our residents, our community’s visitors, and our valued frontline workers.”

Central Michigan has not adjusted class schedules in response to the spike in cases, John Veilleux, vice president for communications for CMU, told Bridge Michigan Monday. Most classes were already online when the school reopened Aug. 17.

Late Friday, CMU issued a warning to students that they could face fines, or even suspension from school, if they attend large parties.

“Without fail, at other institutions nationwide, large weekend parties have resulted in an increase in positive COVID-19 diagnoses — and in some, the shutdown of their entire campuses,” said the letter, signed by Tony Voisin, associate vice president for student affairs.

“The actions of a few selfish students have ruined an entire year for thousands of their peers. The same will happen here at CMU if students continue to engage in this type of reckless, irresponsible behavior.” 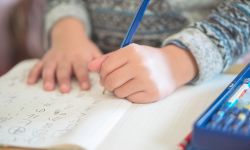