Getting into college is only the first hurdle for Michigan’s low-income students. Their chances of earning a degree vary wildly depending on which school they select. (Shutterstock)
April 22, 2022
Ron French (Email) & Mike Wilkinson (Email)
Talent & Education
Michigan colleges and universities

There were a lot of splits in the road where Nathan Roulo could have given up on his dream to go to college.

His mother’s education stopped with a high school diploma and his father didn’t make it that far. Roulo got a job out of high school, because that was what was expected in his family. Later, he had a daughter who he needed to support. He wasn’t sure he could afford a bachelor’s degree or attend classes at the times of day he could find child care.

“The external challenges (low-income) students may face in their home life … are tough,” said Roulo, of Wayne County. Getting a degree, he said, depends on “how the school … helps those who need the help.”

Now 32, Roulo will graduate from the University of Michigan-Dearborn in May, but his chances of earning that business degree were a coin flip. At UM-Dearborn, half of low-income students who enroll get a degree; half drop out.

And that’s better odds than at many Michigan colleges and universities.

While the University of Michigan in Ann Arbor and Kalamazoo College, both highly selective in their admissions, get diplomas into the hands of more than 80 percent of their low-income students, most schools have far more modest outcomes, with fewer than 40 percent of economically disadvantaged students completing a bachelor’s degree within six years at some.

Across Michigan, students and their families are making decisions this month about where to enroll in college for the fall. Those decisions are particularly fraught for low-income students, whose choices are often tied to cost. But getting a degree wherever you attend isn’t a sure thing, particularly for students with fewer resources.

Families should consider which schools offer the best odds of graduation, said Ryan Fewins-Bliss, executive director of the Michigan College Access Network, which advocates for increased higher education access and affordability for low-income and first-generation students.

Michigan isn’t unusual — graduation gaps across campuses (and between poor and non-poor students) are common across the country. But in a state pushing to increase the share of adults with post-high school credentials, it’s important to get students who enroll in college across the finish line, Fewins-Bliss said.

“We’re not doing well enough. No one would say we are,” he said. “Ultimately, what we know is it takes more energy, resources, finances and people to make these students successful, and all those things are expensive.”

A Bridge analysis of NCES data from the 2019-20 school year, the most recent available, found that low-income students’ odds of academic success vary to a disturbing degree from campus to campus:

At the University of Michigan-Dearborn, about four in 10 students are recipients of Pell Grants, which means they come from lower-income families where their expected family contribution to college on the Federal Application for Financial Student Aid (FAFSA) is less than $6,000 annually. That figure is determined by numerous factors that include family income, number of people in the household and the number of family members enrolled in college.

Students can get as much as $6,895 annually in federal grant money that doesn’t have to be repaid.

In addition to Pell support, UM-Dearborn students from families earning less than $65,000 can go to school tuition free through the Go Blue Guarantee program.

Chancellor Domenico Grasso said he knows his school and others have a long way to go. Financial aid is one factor, but low-income students need additional non-monetary support as well.

“A lot of our students are not only Pell students but first generation” college students, meaning their parents did not graduate from college, Grasso said. “We’re sensitive to their lack of preparation at their high schools, their lack of guidance from families, they don’t even know what to aspire to.”

UM-Dearborn has an “early-warning program” that alerts advisors when a student’s grades start to fall. The school also recently opened a one-stop shop for students to go to for academic advising, financial aid and course registration, rather than “ping-ponging around campus,” Grasso said.

It’s a minor change, but for students rushing between classes, jobs and family responsibilities, that convenience could make the difference between dropping out and signing up for another semester.

“We try to make it as easy as possible for our students,” Grasso said.

Those efforts made a difference for Roulo, the UM-Dearborn senior.

“One of my big issues was: Could I find a time I can go to college when I can find someone to watch my daughter,” he said. “I met with my academic advisor and made a roadmap, which course I took in which semesters, which courses were (remote-option) so I could take it at home, or a class on Friday when my partner is at home.”

Donnesha Blake, director of diversity and inclusion at 1,400-student Alma College, said colleges must learn to communicate in “accessible” ways to low-income high school seniors and their families, while not “talking down to them.

“We need to be really honest with people. ‘Yes we believe education is important for access to life opportunities, but we realize there is an expense you’re going to be taking on.’”

Alma, where one-in-three students are low-income, is above the national average, graduating 61 percent of its Pell Grant recipients in the 2019-20 school year, and 67 percent of its more affluent students.

One possible reason for that success is an extensive student mentor program for Pell students. “What we’ve learned is, there are questions students may not feel comfortable sharing with a counselor, but they’ll share with a peer,” Blake said. “Like, ‘What do I ask for when I go to the financial aid office?’

“They don’t know how to navigate the system. It can be challenging and isolating.”

Blake Jonassen, a Pell Grant recipient and senior at Alma, said the mentor program was a big help when he was a freshman. Now, the Muskegon native is set to graduate this month, and is enrolled in the fall in a master’s program at Central Michigan University in higher education administration.

“A lot of people think that low income students are going to be less successful,” Jonassen said. “I’ve found it to be the opposite. A lot of low-income students work twice as hard, to make sure they can succeed and get themselves out of their situation.” 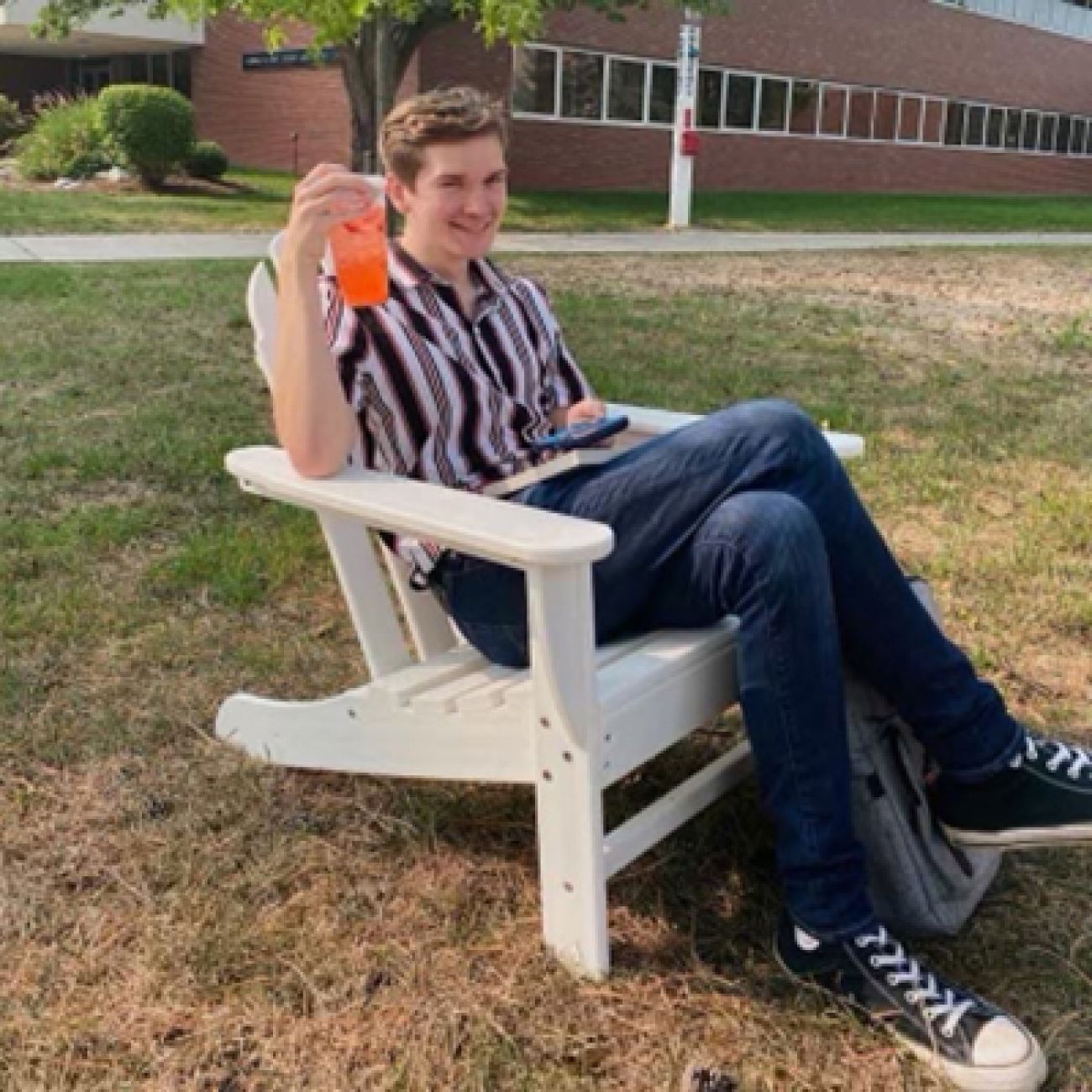 Hard work isn’t always enough. Jonassen said the biggest reason he’s seen for low-income classmates dropping out is financial pressure. But students from low-income households sometimes don’t feel like college is a “fit” for them. Having a mentor from a similar background can help them feel more comfortable, Jonassen said.

MCAN’s Fewins-Bliss said higher education is moving away from the traditional model of college that weeded students out,  “the old school of ‘look to your left, look to your right, one of the three of you won’t make it,’” Fewins-Bliss said. “Students have to (graduate) for them to be successful as an institution.”

Ironically, enrollment declines at many of the state’s public universities are finally getting institutions to “double down” on making sure students don’t drop out, “and that's really smart…We all have to double down to make a difference.”

That will take more resources dedicated to the students who are most likely to drop out, said Blake, Alma’s diversity director.

“Just because someone has a barrier to college doesn’t mean they aren’t worthy of completing college,” she said.

“Talent is everywhere but opportunity is not,” UM-Dearborn’s Grasso said. “That’s why it is so important to help these students and change their trajectory.”