Judge Rosemarie Aquilina, who presided over the Larry Nassar criminal trial, said she is willing to take the presidency at Michigan State University to help the school create a meaningful and effective system for addressing sexual misconduct after years of the school fumbling the issue. (Courtesy photo)
October 21, 2022
Isabel Lohman (Email) & Lauren Gibbons (Email)
Talent & Education
Michigan colleges and universities

Rosemarie Aquilina, the judge who presided over the Larry Nassar criminal trial in 2018, is interested in becoming the next interim or full president at Michigan State University.

Aquilina told Bridge Michigan on Friday she’s interested in the role because Nassar’s survivors tell her they haven’t felt like they’ve truly been “heard” by the university about its handling of sexual assault and misconduct.

“How long do the girls have to wait?,” she said, referring to survivors of Nassar’s abuse and other survivors of sexual harassment and misconduct.

Aquilina’s interest in the position comes roughly a week after MSU’s current president, Samuel Stanley, Jr., resigned following weeks of turmoil with the Board of Trustees. Much of it involved disputes over whether Stanley had adequately complied with post-Nassar reforms intended to ensure top administrators were appraised of campus sexual misconduct reports and were taking them seriously.

Aquilina, a 30th Circuit Court judge in Ingham County and an author, is a Michigan State University alumna and serves an adjunct professor at both the school’s College of Law and Western Michigan University’s Cooley Law School.

She’s best known for her fierce advocacy on behalf of the more than 150 survivors of Nassar’s abuse who spoke in her courtroom during the former MSU physician’s sentencing hearing in early 2018.

Her handling of the hearing — opening the floor for any survivor who wished to speak and extending proceedings for several days to allow more time for statements — helped catapult the case to international prominence and brought additional scrutiny to MSU (and other universities, including the University of Michigan) that were slow to address reports of sexual assault involving faculty and staff.

Aquilina told Bridge she has received a “groundswell” of feedback from survivors, large donors and former football players encouraging her to consider leading the university.

She said she is interested in the interim president position as Stanley prepares to leave office, as well as a permanent post.

An “interim president should be open to being president because of the consistency and because of the fact that the university simply cannot make any more mistakes,” she said. “Whoever they choose should hit the ground running.”

But she cautioned that timing plays a role in what’s best for the university, and that might mean it would be best for the board to wait until after the Nov. 8 election to appoint an interim president.

“I think, in some ways, deciding interim or president might be premature before the new trustees come in,” she said. “They might have a different opinion. And again, that would foster more fighting.”

Current board members did not immediately respond Friday to requests for comment on the judge’s willingness to serve. Trustee Rema Vassar said she was unavailable but could speak Monday.

The fractious board has not said anything publicly about who they might be considering for the job.

“I have not heard this but I would be very supportive of it,” David Mittleman, managing litigation attorney at Grewal Law, who represented 111 survivors involved in the Nassar scandal, said of Aquilina.

Aquilina, he said, has been there and really, really comforting for people who have suffered irreparable harm.”

Mittleman said he had been “very supportive of President Stanley and his attempt to change a culture that was unacceptable and unfortunately, he’s getting resistance from the Board of Trustees, which is very sad and disappointing.”

“I think we undoubtedly have made progress, we have seen change but there is more that needs to be done, particularly with our Title IX office.”

Aquilina said MSU still needs to answer questions from Nassar’s victims, including how the school let his abuse, often under the guise of performing pelvic or other exams, went on for years without the university responding to complaints. She said if she were to become president, she would look to see if the school has asked for all the federal funding available to address Title IX issues.

“Why are there no policies in place that are very clear, concise, direct, so everybody knows what their job is? And people can be heard for safety, accountability and immediate action. And then we don't have this confusion or gray areas. There's so many safety issues on campus that have to be addressed.”

Aquilina wrote a guest commentary this week in The Detroit News titled “What MSU can’t get right,” outlining changes she would like to see at MSU. It included a call to “immediately install a permanent top leader in the Office for Civil Rights and Title IX Education and Compliance who is given the resources and authority to effectively do its job.”

The University of Michigan announced this week it’s creating a new ethics, integrity and compliance office. President Santa Ono made the announcement Thursday after less than one week on the job. The office will report to Ono and the school’s general counsel.

Guidepost Solutions, a firm hired by U-M after the sexual assault and misconduct scandals involving Dr. Robert Anderson and Martin Philbert, recommended the creation of that office.

Aquilina attributed much of the changes at U-M to the determined efforts of Jon Vaughn, a former football player, who had been vocal about the abuse he experienced at the hands of Anderson, a team doctor for decades who assaulted athletes in the course of performing sports examinations. Aqulina questioned how long it will take for Nassar victims to see change at MSU.

During Nassar’s 2018 sentencing hearing, Aquilina gave considerable leeway to survivors from the bench, setting no time limits on their victim impact statements and personally addressing each person who gave testimony, some of whom had never spoken publicly about their experiences before.

Her demeanor and willingness to keep the door open until every survivor to share their stories prompted dozens more women to come forward after the hearing had begun.

Several survivors in Aquilina’s courtroom shared their experiences at Michigan State University in excruciating detail, claiming their efforts to bring Nassar’s abuse to light were ignored, minimized or rebuffed. The statements preempted subsequent investigation and criminal charges against a handful of former university officials.

Aquilina frequently reassured these and other survivors of their worth and encouraged them to view their statements as part of the healing process.

Just as frequently, she directed withering comments Nassar’s way, at one point suggesting the difficulties he was experiencing from hearing survivors’ statements was nothing compared to the abuse and lasting trauma he subjected them to.

At another point during the hearing, she drew criticism for suggesting she would “allow some or many people to do to him what he did to others” if the Constitution allowed for cruel and unusual punishment.

When she sentenced Nassar to 40 to 175 years in prison on seven counts of criminal sexual abuse, she told him, "I just signed your death warrant." She tore a copy of a statement Nassar had written to the court in half.

The case put Aquilina herself in the international spotlight — she was profiled in the New York Times and other prominent media outlets and earned praise from many high-profile survivors. Olympic medalist Simone Biles hailed her as a hero.

But her unusual approach to the case — particularly her treatment of Nassar over the course of the seven-day hearing — prompted criticism in the legal community about whether she’d overstepped her bounds.

In his appeal of the sentencing, the Michigan Supreme Court ultimately rejected Nassar’s claim that he deserved a new sentencing hearing because Aquilina was biased against him.

The justices noted they shared some concerns voiced about Aquilina’s conduct, but they declined “to expend additional judicial resources and further subject the victims in this case to additional trauma where the questions at hand present nothing more than an academic exercise.” 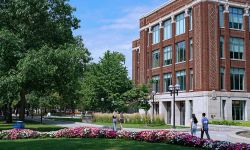