DETROIT  — The Rev. Charles C. Adams is almost at a loss. The leader of Hartford Memorial Baptist Church begins each day making phone calls, trying to tend to a congregation ravaged by death.

In the past month, nine church members have died from the coronavirus. And while doctors and nurses in Detroit scramble to care for the physical welfare of those with COVID-19, Adams and other pastors try to care for their spiritual well-being in a city considered a national hotspot for the virus.

It’s a situation unprecedented in modern times, and pastors are adjusting to a new normal that has closed churches during Lent, canceled gatherings and postponed funerals.

“Families are not getting the closure that they need in order to move the grieving process along,” said Adams, whose 3,000-member church was the first African-American church on Detroit’s west side.

“I have about three funerals in the queue and families are anxiously awaiting a date.”

The coronavirus has hit Detroit like few other U.S. cities. As of Saturday, nearly 6,400 residents have the virus and at least 348 have died. In both Michigan and nationwide, African Americans have been disproportionately sickened and killed by the virus.

Health experts say African Americans may be hit harder because of underlying conditions such as high blood pressure and diabetes, as well as the everyday stresses from higher rates of poverty.

In normal times, churches are pillars of spiritual, social, economic and political strength for black America. "By many measures, African Americans are more religious than whites and Latinos,” according to the Pew Research Center. 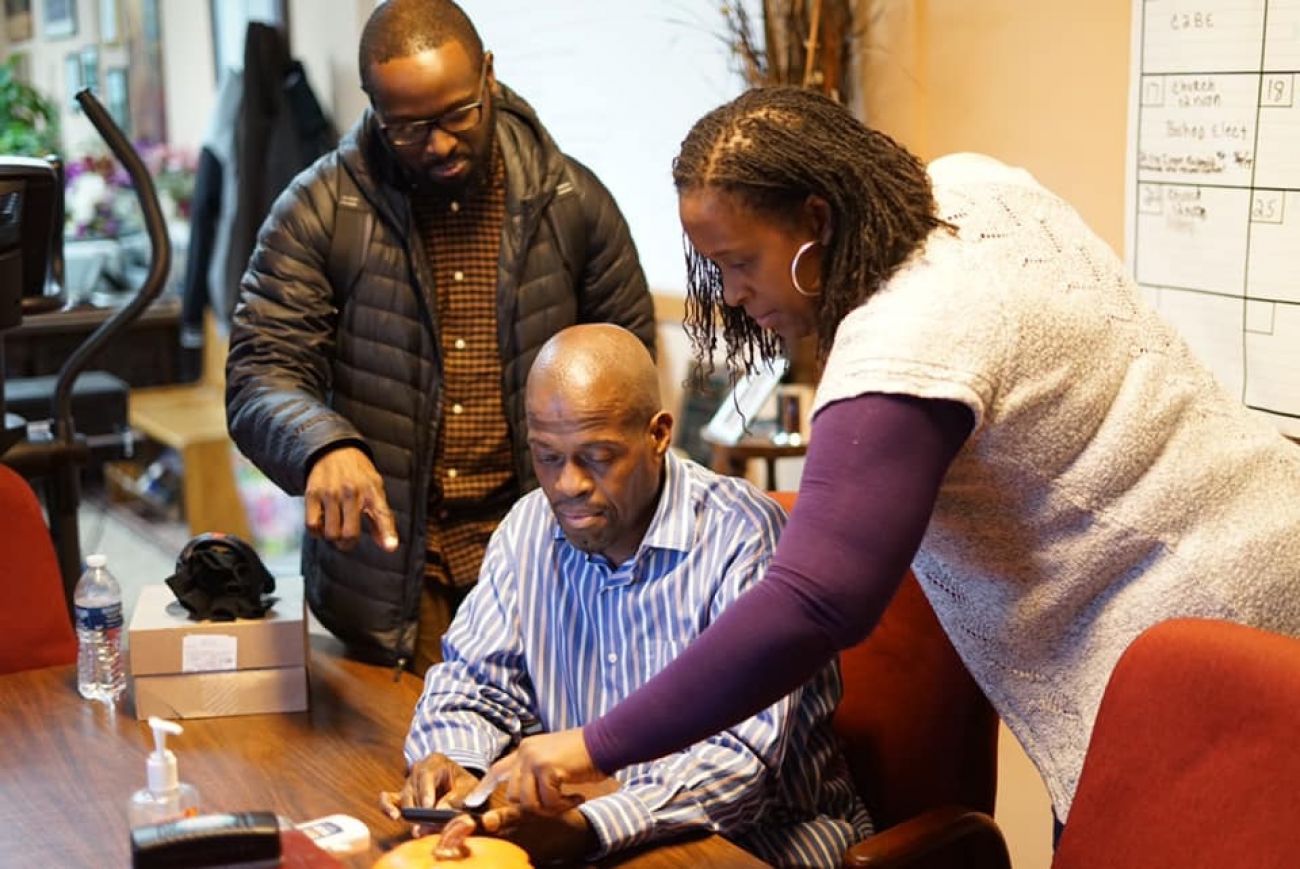 But on Easter, there will be no sermons before churchgoers, no eucharist and no fellowship. Instead, churches are turning to technology such as video conferencing services such as Zoom.

It isn’t always easy for an older congregation such as Hartford Memorial, Adams said. Many members don’t have smartphones and tablets.

On the city’s east side, the Church of the Messiah has a younger congregation and uses Facebook, Zoom and a site called Mastermind Media that allows its pastor, the Rev. Barry Randolph, to stream sermons and post pre-recorded homilies.

The methods have helped during the pandemic, Randolph said, but can’t replace ministering in person or being with those who are ill.

“Not being with people goes against everything I've been trained for because most of it is physical contact,” Randolph said.

‘Your father would never have closed the doors’

Many churches did not close, prompting criticisms on social media that churches were encouraging the spread of coronavirus.

Adams attended a Sunday service early in the crisis where a preacher at the church he visited criticized other pastors for closing their services.

Adams was shocked by what he heard. He halted services at Hartford Memorial after March 15, angering many in his congregation.

He took over the church last year, following his father, Dr. Charles Gilchrist Adams, an internationally respected religious leader and civil rights activist who led the church for 50 years.

“I felt  alone,” Adams said. “My father warned me about that. He said, ‘look, when you're pastoring, you're out there all by yourself.’”

In a Holy Week message to his congregation posted on the church’s website, Adams wrote that “many of us have been directly and forever touched by this infirmity.”

“I know how Isaiah felt when he said in Isaiah 64:1, ‘Oh, that you would rend the heavens and come down, that the mountains would tremble before you!’” Adams wrote.

“It is an honest emotion to feel impatient in these circumstances. Yet God knows our heart and hears our petition.”

‘We need our church more than ever’

On Detroit’s east side, at Perfecting Church, healing is complicated because its pastor, Grammy award-winning singer Marvin Winans, is recovering from the virus.

“We need our church more than ever,” said Ada Smith, an education consultant who attends the church and knows others sickened by the coronavirus.

“We're not dealing with [the virus] in a healthy way, we are compartmentalizing, going through the motions, but not really processing what has happened because before you can process it, someone else you know is infected.

“You haven't dealt with the first person before the next three, four, or five get sick."

New statewide restrictions have barred families from visiting virus-sick loved ones in hospitals and clinics, from attending memorial services and funerals where families would gather to mourn a virus-related death.

"There's no eulogy. there's no family hour, there's no repass," Smith said. "So many of our elders are dying now, people's mothers and fathers and, you know, grandmothers, grandfathers, aunts and uncles. And so, you're not only losing people, you're losing history."

Cindy Flowers is Perfecting Church’s general manager and is leading the way in reaching out to the community to keep them together. She’s started sending mass texts to get information out and has organized “prayer calls.”

“Pastors will get on a conference call with our members, and they will pray,” Flowers said. “Pray for people who are sick, doctors, nurses and first responders.”

"As Christians we are used to coming together in a physical building to share with one another, but we have to learn new ways to keep the connectivity to maintain our community and family and keep our faith strong.”

Yet there is an overwhelming feeling of helplessness.

“It's so hard for us as a church not to be able to support our members, the church is a family, and you always want to be there for your family. we can't be there for the people we love and care about, and It really leaves us feeling empty,” Flowers said.

She said she thinks a lot about the coming months and how this experience will reshape the way her church operates. There are no easy answers.

Smith said she considers the future too.

"Many of us will have PTSD,” she said. "The reality is that people have left us, and they will continue to leave us, and we can't get over these moments.”