Michigan’s wave of unemployment filings are making it tough for economists to predict the extent of decline still headed the state’s way.

After another 219,320 state residents moved into the system over the past week, few of the scenarios look hopeful.

Charles Ballard, an economist at Michigan State University, looks at the most recent jobless numbers and finds them difficult to describe.

“You kind of run out of adjectives after a while,” he said. “Stunning. Astonishing. Terrifying.

Data released Thursday show more than 1 million state residents (1,041,015) have now filed for unemployment benefits, according to the federal Bureau of Labor Statistics.

The filings represent about 21 percent of the state’s workforce, which puts Michigan second only to Hawaii in the percentage of its workforce applying for jobless benefits. However, Michigan has 7 times the population of Hawaii.

Until coronavirus cases reached Michigan, about 180,000 people had been considered unemployed, giving the state an unemployment rate of 3.6 percent. Gov. Gretchen Whitmer issued a stay-at-home order on March 24, with that initial order extended this month until April 30.

As part of that order, non-essential businesses were ordered to close. And employers once facing a few weeks of shutdown then had to confront a longer duration and rapidly deteriorating markets.

The most recent jobless number tops the worst-case estimate of what the coronavirus could mean to Michigan that Anderson Economic Group put out in March. At that time, projecting one million unemployed seemed like a stretch for the state.

Now, CEO Patrick Anderson said, with that estimate reached and still more filings possible as the eligibility requirements for cash benefits expand, the state needs to consider whether any additional workers can get back on the job.

“I don’t see any way that Michigan can recover everything that it’s lost in 2020,” Anderson said. “We are at Depression-level unemployment right now, and we still have a blanket stay-at-home order in place.”

Anderson delivered a memo to Whitmer this week, built on data that AEG generated to show declining numbers of COVID-19 cases in Michigan, Ohio and Illinois — and in particular Detroit and Chicago. With trend lines declining, he said, it’s time to consider policy revisions that would allow more people to get back to work.

“We can start to get some … income into the shattered economy,” he said.

“You kind of run out of adjectives after a while. Stunning. Astonishing. Terrifying. This is not good.” — MSU economist Charles Ballard

But the most recent data open the opportunity to consider regional differences in health risks, particularly involving jobs that may involve low public contact. It’s similar to part of the message delivered by about 4,000 people in Lansing on Wednesday, when a number of lawn service companies and home repair businesses were part of a political protest against Whitmer’s strict shutdown order.

On the geographical side, Anderson said, “there’s no sense in having the same restrictions in Wayne, Oakland and Macomb counties as you have in Northern Michigan and the Upper Peninsula, Thumb and rural counties.”

Undetermined, he said, is what kind of impact those changes would have on employment rates over coming months.

Also unclear is how many more people will be applying for unemployment benefits and what the claims signal for the overall employment situation in Michigan.  Applications only give one glimpse into the jobs picture. Some applicants will need to seek long-term benefits, but people dealing with short-term layoffs also can apply for benefits.

So far, Michigan’s unemployment system has struggled to stay ahead of the wave of applicants. After the state computer system crashed, the Department of Labor and Economic Opportunity (LEO) announced expanded staffing and technology assistance to aid more people in navigating the system.

Between March 30 and April 15, about 200 new call center workers were added to help applicants — many of whom had never applied for unemployment benefits before — navigate the system, said Jason Moon, communications director for LEO. About 100 people will form a dedicated technology team, with another 150 temporary workers added to help process claims.

By this week, Moon said, 744,654 people were receiving benefits payments.

That contrasts to the 600,000 jobs gained since Michigan hit bottom in the Great Recession, Ballard said.

But Ballard says there is a chance job losses will slow. He expressed caution about relaxing the stay-at-home order, but also said that some of those job losses can be recouped.

“If we can do it in a systematic, careful way, one step at a time … some of the jobs will come back.”

Anderson’s advice for policy makers is to start considering that timing now.

“May 1 is a long ways away,” he said. “One million people are unemployed right now. When we’re in such serious straits, we should not be waiting until May 1.”

The state was approved for three more weeks of Lost Wages Assistance, and jobless workers should see that money by the end of September. 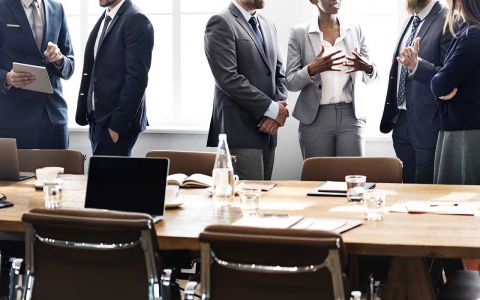 Michigan benefited from COVID stimulus and jobless aid. Now what?

Economic relief programs that helped the state’s businesses and jobless now are on hold as the United States pauses new stimulus talks and the state confronts upheaval that impacts state unemployment benefits.

How about "Whitmer-Level" economic destruction?

After all, is was her poorly conceived and enacted XO"s which brought Michigan to that point.

I wish Trump would have taken this seriously from the beginning. That said, we're still without tests that would allow us to go back to work. Why won't he use the Defense Production Act?

He did. There is a long list out there of the actions he took, from the beginning. Most of his actions were opposed by Democrats. Joe Bribem even opposes the travel bans.

And the DPA isn’t a magic spell that can be invoked. The President choose to work with companies rather than force them to. Workers are more productive than slaves, you know. Be careful here- your party was the party of slavery for a long time, and supposedly changed.

Dumb Dumb the Witless Governor holds all the blame for that. She has caused economic destruction to the economy of Michigan with her tyrannical orders. Her orders are contrary to common sense. The 85 year old widow has to mow her own lawn but you can go buy alcohol, pot and lottery tickets? The state of Michigan has effectively seized private residences by not permitting their use. Apparently Heir Gretchen needs to go back and study the Constitution of the United States again!

How is ANY of this "shocking"? What did we expect when we essentially shut down the state? Of course we have an astronomically HUGE issue. Given the fact that many can now stay home on unemployment and make more money than going to work, I doubt that this will change soon due to lack of financial incentive to work. Benefits have been promised for 40 weeks, but we only have enough money in the FUND for 8 weeks. The plan is to raise unemployment taxes owed by the businesses that are left, still trying to recover from this nightmare... not a formula for success.
We need a nuanced approach that allows Michigan to begin to re-open now with smart risk management steps in place.

I don't get it. How can anybody be surprised at the level of unemployment that results from shutting down businesses and issuing stay-at-home orders?

1,000,000 and counting are now unemployed and I don't know if that includes the newcomers made eligible through the PUA who start signing up this week. There were only approx 2 million people employed in Michigan prior to this. So half of our work force is unemployed and growing and many jobs are not coming back, because they have been decimated.
Everyday passing is proving the virus is not the crisis, but the actions of our leaders including our governor and panic sired by the press and democrats are being used to induce this destruction. While I guess eventual all of this would have come about somehow as less and less people have critical thinking skills, but they do have social media savvy. Why could we not stick to Trump's CDC guidelines, why did we have to create our own authoritarian rules. And who are the experts anyway?, everyday what they say is not happening. So how could they know what to do, because every time they are ask they reply, "we really don't know but what we do know" ???? Doesn't past science play a part? No one ever did this for things that were more lethal like the yearly flu and the other respiratory viruses. Unless people believe today they are God and can manage everyone's life and mortality, Good luck with that!

Remember what our president, You want a test you can get it. You need a mask it's there, you need protective gear you got. REALLY. Talk to the people who don't have it, and can't get it. Wake up we are only testing 1% of the population. Do we test 300 plus million no, but 1%. R.L>

Michigan has always been a house of cards, bitter and angry about the self-destruction of the auto industry. The conservatives who control the state for the past decade have poorly prepared the state for any sort of emergency, and this is it.
Thank god a realist is in charge.

A Democrat has been Governor the last 2 years. A Republican was Governor the 8 years prior to that. But the 8 years prior to that a Democrat was Governor. It's difficult to follow your logic. Are you saying the the destruction of the auto industry occurred ONLY between 2010 and 2018, and that Democrats who were in charge in 2019-2020 and 2002-2010 are blameless? If that's your argument, it's no shocker why you're a Democrat, because you're clearly an idiot.

No wonder so many people are protesting! They are understandably scared to death of losing everything and should be treated with compassion instead of demonized!

Yet, Gov. Karen still can find the time to go on multiple news shows daily with her "Let them eat cake" - attitude.

A woman who has been a politician all of her life and never held a real job, just doesn't get it.

At least she is doing more to protect the citizens of the State than Snyder did.

Rose, I agree with you. After the latest protests, her response was "the beatings will continue until moral improves." There is no compassion in her response. And then she went on national TV and tried to rip the protesters more and implied in her press conference that there was some conspiracy behind the protests. She should care about all of Michigan's citizens, not just her favored special interest groups.