LANSING — A parade of cars clogged streets around the Michigan Capitol Wednesday, honking horns and sporting handmade signs with slogans like “tyranny worse than the virus” and “honk if you love liberty.”

They were joined by at least 200 others who walked around the Capitol grounds on foot — few wearing protective face masks, many waving Trump flags and some toting rifles — breaking the social distancing guidelines recommended to limit the spread of the coronavirus, despite organizers warning against it.

The group, organized by the activist group the Michigan Conservative Coalition, protested the expanded stay-home order issued last week by Gov. Gretchen Whitmer. The order extends the restrictions first put into place on March 24, but adds restrictions to some stores, bars travel between homes and forbids the use of motorized boats.

“We want to come up with a game plan that allows people to resume as close to a normal life as possible,” said Matt Seely, one of the organizers of the protest. “This idea of locking people into their homes and taking away their civil liberties is unsustainable.”

The coronavirus has infected at least 27,000 state residents and killed more than 1,700 since March 10. Cases have plateaued in recent days, but Seely noted the virus is not going away.

At Conservative Coalition protest of the stay at home order, there are easily 100 people breaking social distancing rules around the Capitol square. Very few masks. pic.twitter.com/UWZT5W2lld

"We’re going to have to learn to live our lives with it. Do proper social distancing, follow CDC guidelines for safe practices, and as a result of that, we can slow the spread but at the same time have as close to a normal life as possible.”

Hours after the rally, Whitmer told reporters the rally "is going to come at a cost to people's health." Other groups, including the progressive Progress Michigan and Michigan Nurses Association, agreed.

"The sad irony here is that the protest was that they don't like being in this stay-home order and they may have just created a need to lengthen it," Whitmer said at an afternoon press conference.

The Michigan State Police estimated up to 4,000 people attended the protest. Despite protests on the Capitol lawn, police did not issue any citations for violating the executive order. "We are processing one arrest for an incident that occurred between two protesters," spokesperson Shanon Banner told Bridge. "The majority of demonstrators remained in their vehicles."

Sparrow Hospital, just a mile down the road from the Capitol building, had a line of cars bumper to bumper outside its campus. Entrances remained accessible and there were no issues with people being able to access the hospital, spokesperson John Foren said. However, "we have been concerned about ambulances getting caught up in congestion on local streets," he said.

Shelly Vanderwerff came from Zeeland for the protest. She was laid off from her job at a greenhouse and is hoping to get work at a local pet grooming business when small businesses are allowed to reopen. She hopes Whitmer will allow small businesses in areas with few coronavirus cases to reopen when the new stay at home order expires at the end of the month.

"A lot of (small businesses) are suffering because being totally shut down," Vanderwerff said. "We can take the precautions, but let places open up at least slowly that need to be able to survive in the midst of this shutdown." 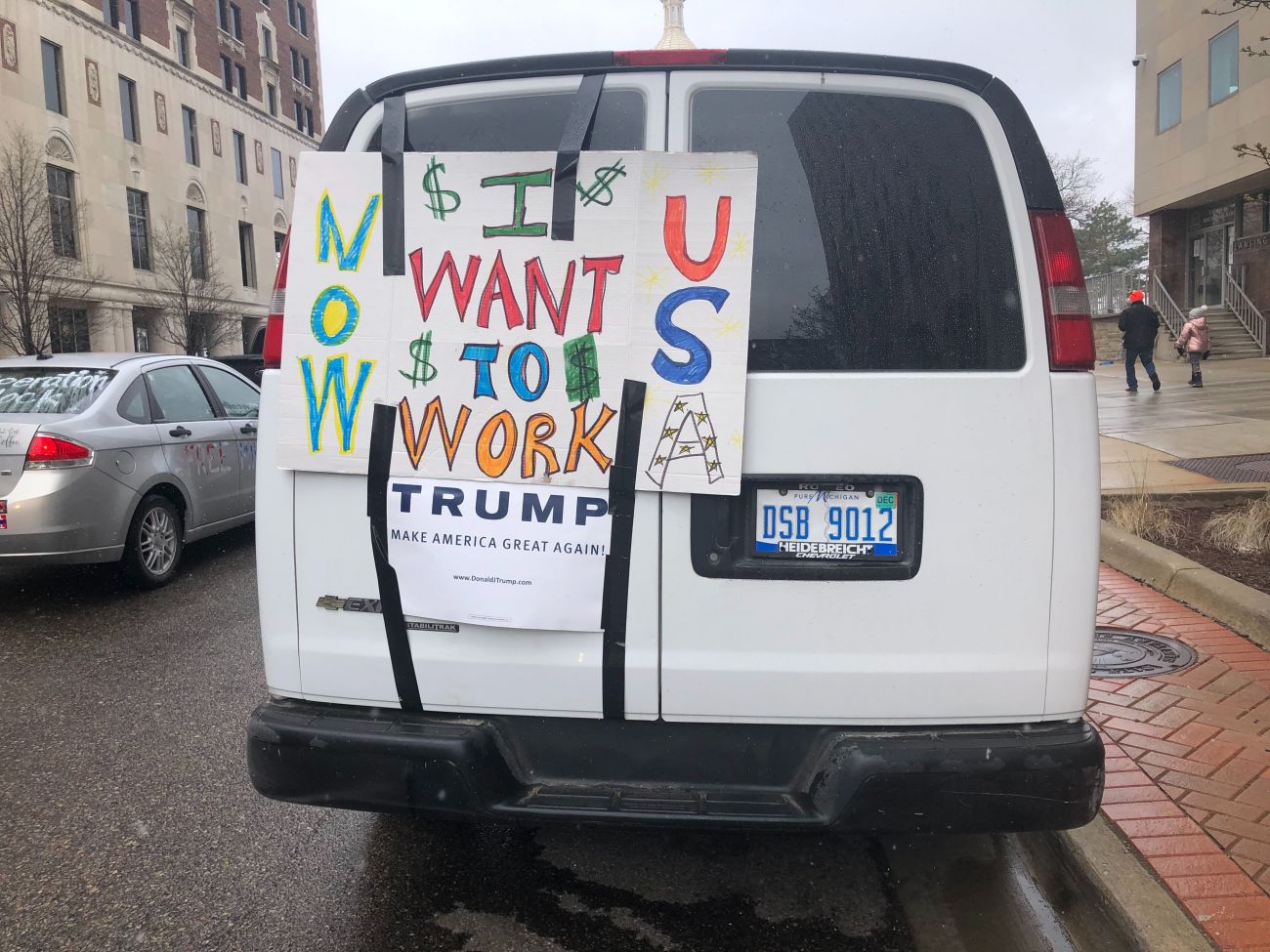 House Speaker Lee Chatfield, R-Levering, opposes some of the restrictions and told reporters Wednesday he trusted protestors to demonstrate safely.

"There's nothing more American than people exercising their constitutional rights to petition their government and make sure their voice is being heard. That's what we're seeing today," he said. "We've seen people across the entire state have their livelihoods taken away. They're being told they can't work their job and take care of their family, and I think that's a problem."

Whitmer has said opening up limited parts of the state to business right now would be premature and could cause a second wave of the virus that would overwhelm struggling hospital systems. She said at a press briefing Wednesday afternoon that "was really disappointed to see people congregating, not wearing masks" during the protest.

"I understand the frustration that people are feeling," Whitmer said. "I’m frustrated too. None of us wants to be here, in this moment, but we are. And we have to do the best that we can.”

On Monday, Whitmer accused the family of U.S. Secretary of Education Betsy DeVos of helping fund the protest: “I think it’s really inappropriate for a sitting member of the United States president’s cabinet to be waging political tax on any governor," she said. The DeVos family denied the accusation.

Dr. Joseph Eisenberg, chair of the epidemiology department at the University of Michigan, told Bridge he understands people’s frustration with the ban on motorized boating and professional lawn care services — practices he said are “virtually zero risk” because they are socially distant activities. 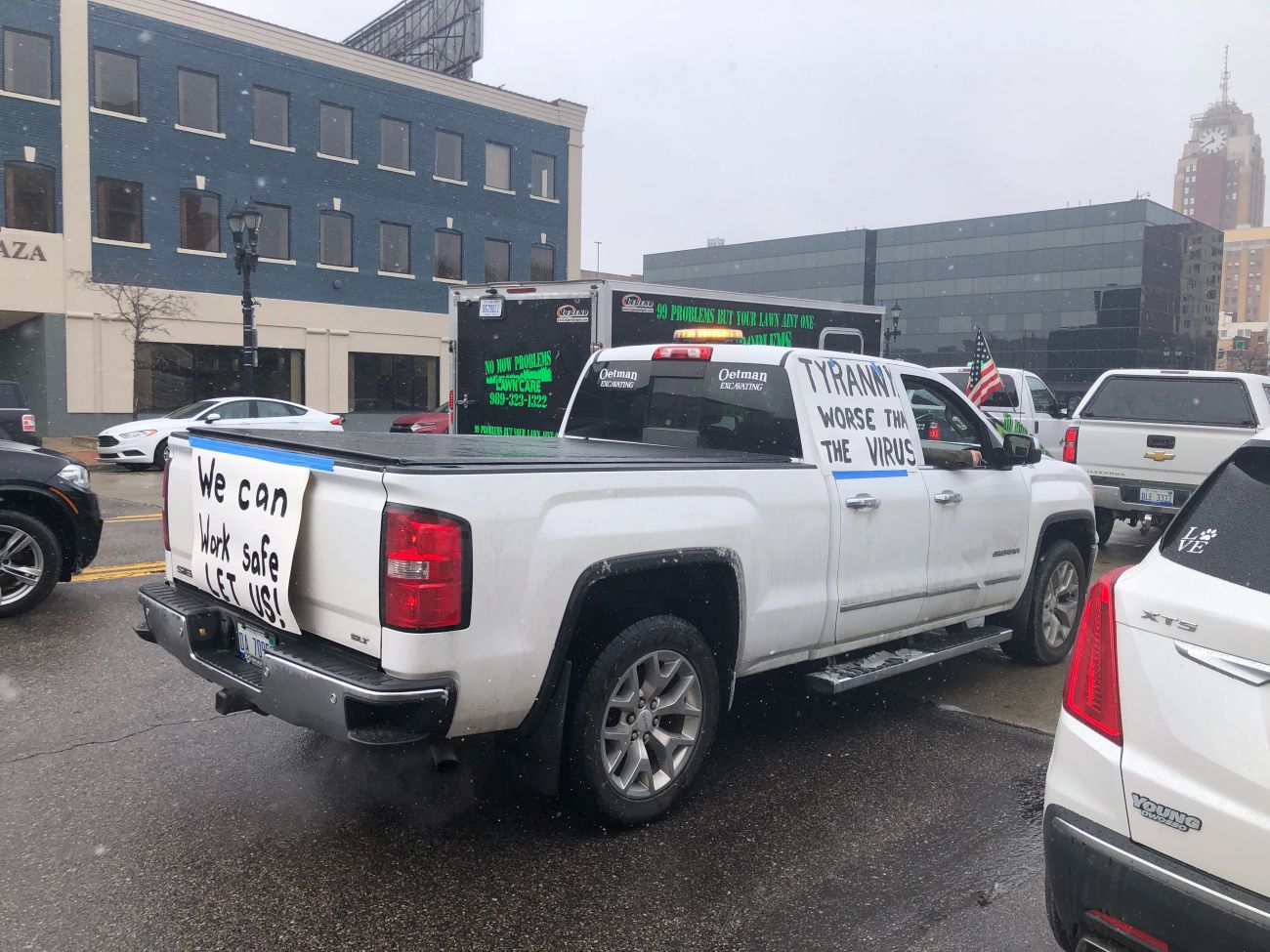 But to be able to open up parts of the economy, even low-risk businesses, he said, “then we really need to have the testing in place to make sure that any relaxation of the social distancing doesn’t result in a new exponential increase in cases.”

In rural areas where there are few confirmed cases, that may be because there actually are few cases or because there’s little testing there, Eisenberg said.

When widespread testing is available, it will be easier to assess the risk and determine when it’s safe to reopen businesses.

Limits testing capacity have been a problem across the country, as demand for the materials needed to perform tests has well outpaced supply. Michigan has lagged behind some other states in testing, Eisenberg said.

The state recently announced 13 new testing locations across the state, which officials say will increase testing capacity by about 40 percent. 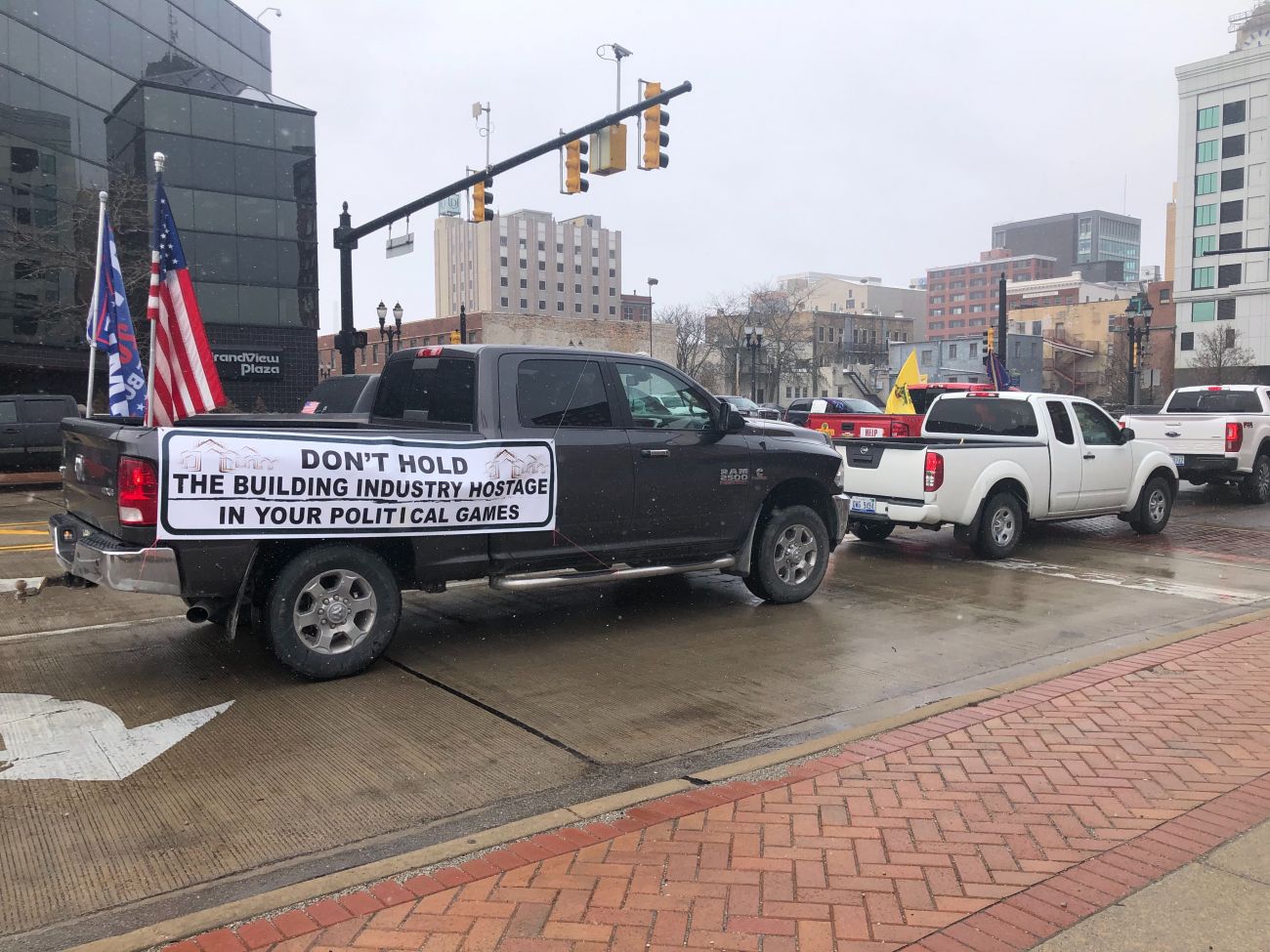 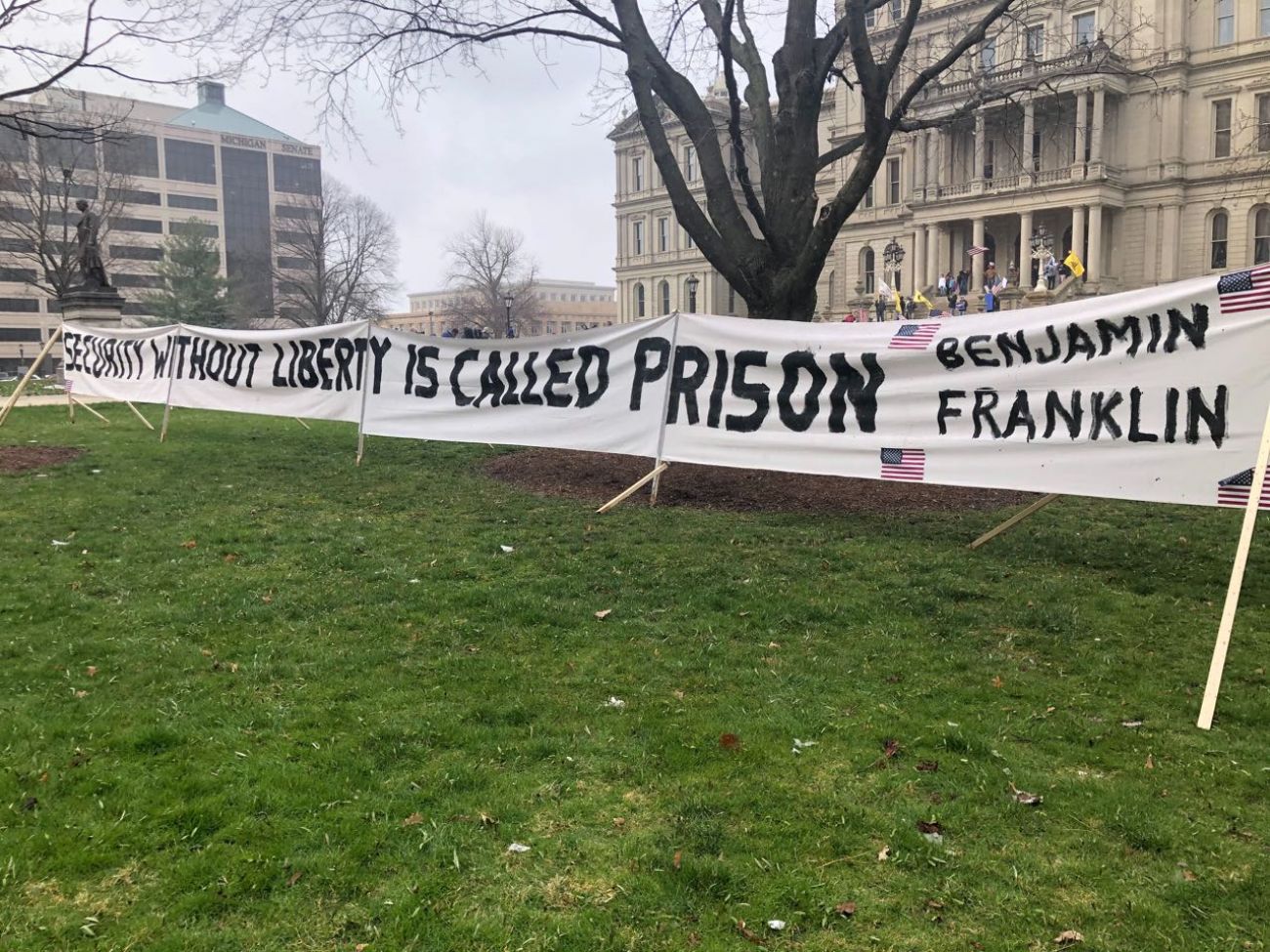 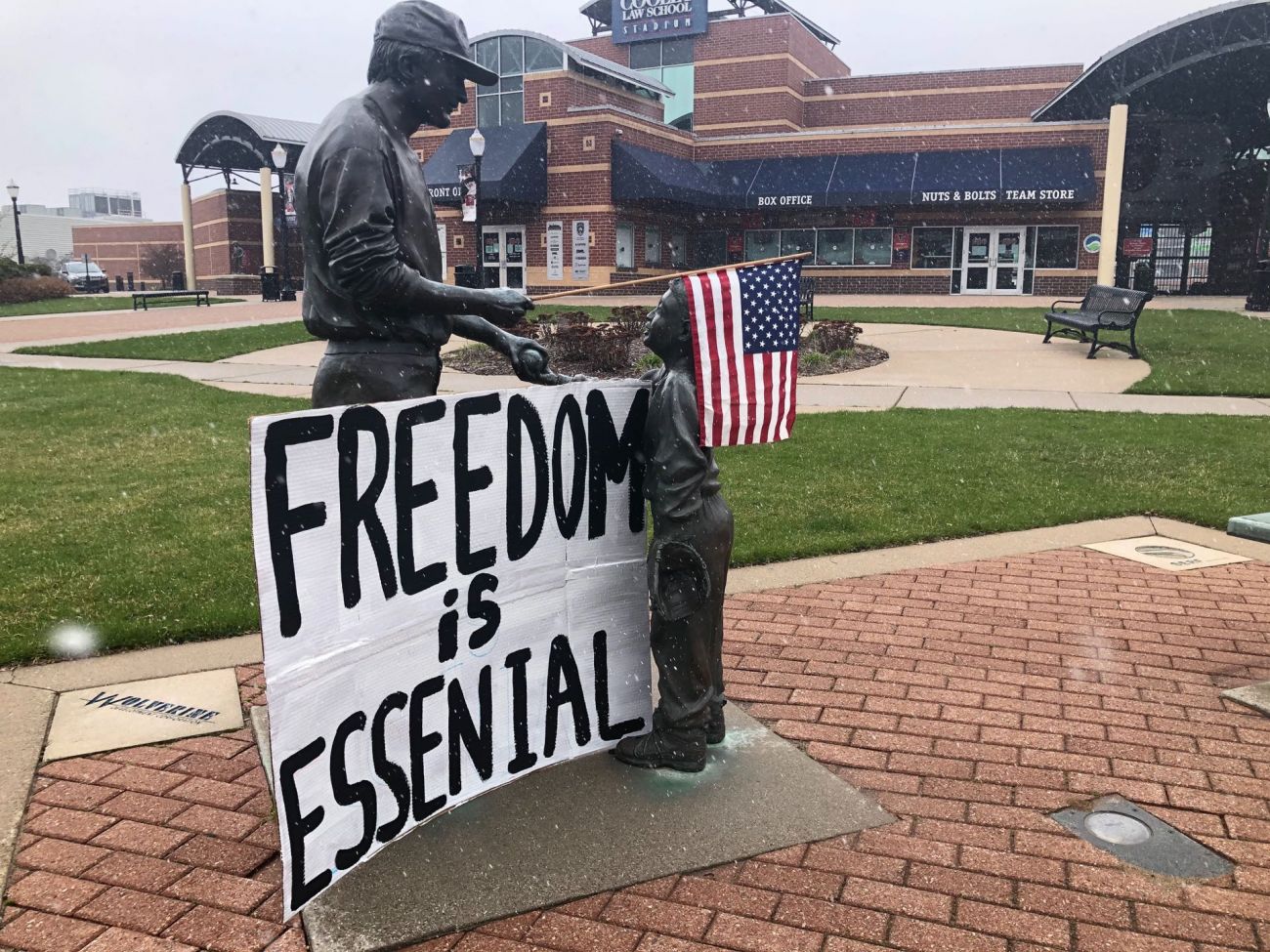