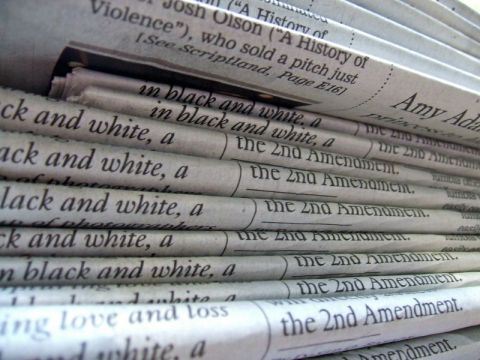 Newspapers in Michigan and nationwide are facing a colossal financial threat from an unlikely source, publishers warn: a steep tariff on Canadian newsprint.

Amid decades of revenue losses at many newspapers as eyeballs shift to the internet, the import tax — sparked by a complaint from one Washington State paper manufacturer — could trigger fresh layoffs, page cuts or even worse as printing costs soar.

“Right now, we’re at the edge of a wildfire, we’re beating the hell out of it with our coats,” said Smith.

The U.S. Department of Commerce earlier this year announced two sets of preliminary tariffs on Canadian paper products that collectively tax imported newsprint up to 32 percent. It was a response to a complaint from North Pacific Paper Co., one of five remaining U.S. newsprint mills. The hedge fund-owned company alleges Canadians are taking advantage of subsidies to flood the U.S. market with their paper products, stifling competition.

Publishers and their backers call the allegations unfounded. On Tuesday, U.S Sens. Susan Collins and Angus King, both of Maine, introduced legislation to suspend the tariffs while the Commerce Department studies effects on the newspaper industry.

What does all this mean for newspapers in Michigan? Smith, a Michigan Press Association board member, discussed the issue with Bridge Magazine last week at the association’s annual convention.

Editor’s note: Bridge Magazine is a member of the Michigan Press Association, and John Bebow, CEO of Bridge’s parent organization The Center for Michigan, is a board member.

The following is an edited and condensed transcript of the interview.

How have the tariffs affected newsprint prices?

They have basically increased the price of newsprint between 30 and 40 percent across North America. A large percentage of newsprint consumed in the United States comes from Canada. And certainly for the northern states, virtually all of it comes from Canada. So even though the temporary tariffs have not been applied evenly on Canadian manufacturers — some were dinged more than others — they have raised the overall price across the market. 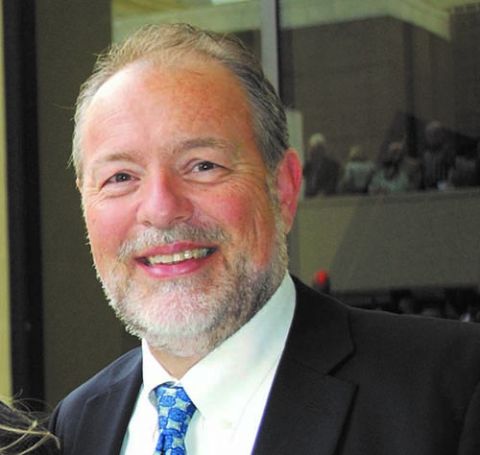 And now some newspapers are having trouble finding newsprint supply, too?

It’s kind of the perfect storm. After many years of struggling to match supply with decreasing demand, newsprint manufacturers finally kind of figured that out. After fighting over dwindling market share, which depressed the price of newsprint, many newsprint machines were converted to produce linerboard — which become cardboard boxes. They found another market as Amazon’s rise fueled those demands.

(The reduction in supply) has hit as the tariff issue comes along. Both of these things happening at once is causing some desperation for a lot of publishers.

What are the immediate effects in newsrooms?

We were caught off-guard by the tariffs and unable to plan for them in our 2018 budget. Typically if we are going to increase either advertising rates or circulation rates, we’ll do that at the beginning of the year. We’re in the very difficult spot of not being able to recover any of this newsprint increase. It’s having a big impact. So you look for other places to cut. Maybe you cut pages out of the paper. Maybe you have to cut staff. Maybe you have to cut benefits. That’s what every newspaper of any size is faced with right now.

Have any of your newspapers cut staff because of this?

We have some open positions we haven’t filled. We haven’t whacked anybody, but we’re also not hiring as aggressively as we might otherwise. Aside from this tariff thing, community newspapers have really been doing quite well since the recession, which is a story that isn’t told much.

Why is that? Is that because subscribers to these hyper-local community newspapers just can’t get those stories anywhere else?

That’s exactly it. No one else in most of the markets where you find a community newspaper is reporting on the stuff we’re reporting on — whether it’s the city commission, local police and fire, local school districts.

Most of our papers are free-delivery model, so we mail the paper for free, they’re ad-supported. There’s not a lot of incentive for our readers go online when everything is in their mailbox.

When it comes to tariffs, your papers can’t just go digital to dodge this cost, right?

Correct. There’s been lots of discussion about how there’s not enough revenue from digital (advertisements) to support what you want to do. You can’t pay as many reporters from digital revenue as you can from print revenue. That still holds true.

So what’s next on the tariff issue?

We’re kind of waiting for the other shoe to drop. The tariffs have been implemented preliminarily. The final decisions (by the International Trade Commission) are to be made in August or September.

Your message for the commission?

Whatever the difference may be between community weeklies and metro market dailies, this is one thing we’re all together on: That this tariff was imposed improperly. One small company owned by a New York hedge fund is trying to manipulate trade laws for its own benefit. Essentially, the entire newspaper industry in the United States, as well as the printing industry, has come together and said this is wrong. This is hurting everybody.