A dairy farmer all his life, Dan Weil just scraped by over the past few years as the market price of milk tumbled. A wet spring last year cost him half the corn crop on his 1,000-acre farm operation in Goodrich, southeast of Flint.

Now he’s bracing for the next blow, this one triggered by a state lockdown in response to the COVID-19 outbreak.

“We just came through the weather last year and now it’s this,” said Weil, who recently borrowed money to install a $600,000 robotic milking machine to boost production.

“It seems to be one thing after another. It’s pretty scary.”

Demand for retail dairy products initially surged last month, as worried shoppers stocked up on staples including milk and cheese. But that was more than offset by the shutdown of schools and dine-in restaurants in Michigan, as Gov. Gretchen Whitmer issued executive orders in March to enforce social distancing and slow the spread of the coronavirus.

On April 2, Whitmer closed all K-12 schools for the remainder of the school yea, collapsing a huge wholesale market for milk, cheese and butter.

At the same time, the price of milk is plunging on the futures market while dairy exports dry up, threatening to put some of Michigan’s estimated 1,250 dairy farms out of business. 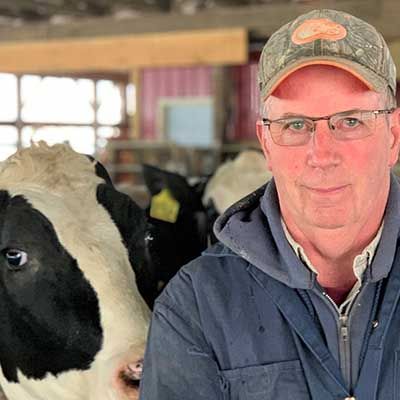 “It’s just a rough situation for everyone,” said Sharon Toth of the United Dairy Industry of Michigan, an industry advocacy group.

Frustrated dairy farmers in states including Wisconsin, Vermont and New York already have taken to dumping milk, as processors turn away their tankers of milk. Growers from California to Florida, meanwhile, are leaving strawberries, squash and green beans to rot in the fields as their wholesale market dries up. The National Sustainable Agriculture Coalition projects $1.3 billion in U.S. farm losses from March to May.

“Inevitably we will be in a position where some have no alternative but to dump milk,” he said.

About a week ago, the trade group sent a memo to its members warning what could lie ahead:

“The dairy supply chain is in shambles. While some processors are running at capacity, others are operating below capacity and some have closed altogether due to a lack of orders or an absent workforce. Hundreds of loads of milk are being poured down the drain or into manure lagoons.”

‘I’ve been through bad times’

About 25 miles west of Ann Arbor, Mike Fusilier and his family have an acre’s worth of hanging flower baskets and flats of plants and flowers stuffed into their farm greenhouses. It’s ready for market.

He’s part of an agriculture sector the Michigan Farm Bureau says accounts for $580 million to $900 million in annual retail sales and employs more than 9,000 workers.

Now, Fusilier said he has nowhere to sell those plants under Whitmer’s executive order that extends to the end of April.

“But never the loss of crops because of a virus and a policy change. This is about as worried as I’ve ever been.” 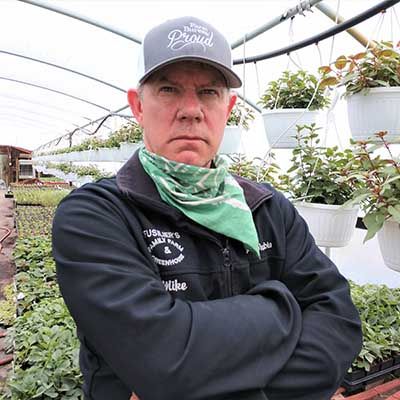 Fusilier figures he has maybe a month or so to sell his plants and make any kind of profit.

“If it continues the way it is, we will put the plants in the manure spreader and spread them in the fields.”

“I don’t believe that is fair,”  Fusilier said. “It puts us at a real disadvantage, for sure.”

Bridge requested comment from Whitmer’s aides about the decision to close garden centers, but did not hear back on Friday.

On Thursday, Whitmer said the expanded order is part of a broader effort to reduce crowds at stores and slow the spread of the coronavirus, which has infected more nearly 23,000 residents as of Friday.

But even before COVID-19, Michigan dairy farmers were struggling to keep their heads above water.

According to the National Family Farm Coalition, farmers are paid $1.45 on average per gallon of milk. But it costs them about $2 produce that gallon. Prices tumbled nearly 40 percent over the past five years, as a worldwide glut of milk drove down its price.

Milk prices ticked up a bit in 2019, raising hopes 2020 would be a good year. The coronavirus obliterated that prospect, as Diglio of Michigan Milk Producers said the wholesale dairy market “pretty much collapsed on us.”

Michigan had 2,088 dairy farms in December 2012, according to the United Dairy Industry of Michigan. That fell to 1,246 in December. Even so, dairy remains a key agricultural sector in Michigan, as the state ranked fifth in U.S. milk production in 2017.

The decline in dairy farms has been steeper in Wisconsin, which lost nearly 700 dairy farms in 2019. That included 90 in April alone, as farmers pulled the plug that month rather than invest in the seed, fertilizer and other supplies they would need for planting season.

The mass shutdown of restaurants and schools around the country is forcing dairy processors to try an abrupt shift from wholesale food-service markets to retail grocery stores. That means packaging headaches, especially, for plants that process milk into cheese.

Dairy analysts said it could take millions of dollars to switch a plant from processing cheese for the wholesale food market to those sold by retailers.

Even a switch from the 10-pound bags sold to restaurants to the 8-ounce bags sold in stores is costly.

And dairy farmers are particularly vulnerable because milk is perishable and can’t be stored or frozen. If there’s too much for the market, it gets dumped.

There’s federal aid on its way to U.S. farmers, though it’s unclear whether it will be enough to offset losses. The $2 trillion coronavirus rescue act dedicates $9.5 billion in assistance to agricultural producers and $14 billion more for farmers who have seen a crash in commodity prices due to the COVID-19 pandemic.

About 25 miles north of Lansing, dairy farmer Ken Nobis is warily tracking the futures price for milk. The class of milk made into cheese is forecast to fall to about $12 per hundred pounds of milk in May. Nobis farms about 3,000 acres, milking 1,100 cows. 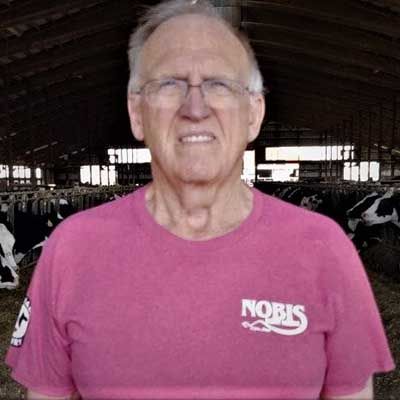 Nobis said no farmer can break even at that price.

“You are losing a lot of money at that point. The check [for milk] won’t be enough to pay for feed,” he said.

Nobis said he is counting on a return to a normal food market this year, with forecasts that cases of COVID-19 will taper off in the coming months.

“We are preparing to move forward. We have to. It’s just that getting through this could be extremely painful.”

Nobis said he has the financial resources – and a good relationship with his lender – that should allow him to weather the storm.

But he said other Michigan farmers may not be so fortunate.

“Dairy farms have burned through so much equity in the last five years. That’s where the banker comes in. If you are already upside down and they’ve been playing ball with you, the banker may reach a point where they see no choice” but to cut off credit, he said.

“Some farmers may say to heck with it, I’ve had enough.”

A couple years ago, Peter and Julie Jeungel wondered how long they could hang on to their dairy operation south of Flint, Corner Oak Farm, where they milked about 180 cows.

She added: “It’s an uphill battle it seems like, but it’s a beautiful way of life. I don’t think I’d want to do anything else,” she said.

Then came the spring rain deluge of 2019.

“That was the straw that broke the camel’s back,” Julie told Bridge earlier this month.

“It’s one of the decisions you dread making. But I am very happy to have that in the rearview mirror,” she said.

If they hadn’t made that decision?

“We would be bankrupt,” she said.

Michigan Ladder Co. thrived for 120 years. Then the pandemic struck.