Getting those employees back into offices is a short-term solution to repopulating central business districts and restoring customers for the restaurants, shops and services that depend on them in places like metro Detroit, Lansing and Grand Rapids, where officials estimate they could lose $20 million in city income tax collections.

But after a year of employees working from home, what the office market will look like longer-term — if remote working becomes permanent — is still taking shape. So far, office lease rates are not falling and vacancies are not rising as quickly as feared, while employers weigh the value of spending time in an office.

The consequences are significant for the state, where the three largest markets total over 100 million square feet in office space and smaller cities add millions of additional square footage to the overall total. The effects of an increasingly remote workforce range from lower municipal tax collections to diminished confidence in a region’s business climate.

So far, despite fears, vacancy rates are only rising slowly, experts said, as are the number of spaces vacated by a tenant and made available for sublease.

No one knows whether that will change.

“We’re hearing that maybe companies don’t need as much space,” Jones said. “But what does that mean for the larger office market? That’s to be determined.

“For the time being,” Jones said, “everyone is sitting back and holding their breath.”

Office workers from all sectors adapted to working from home in 2020 as the pandemic raised concerns about workplace exposure and closed schools and daycare centers. An estimated 70 percent of American office workers abruptly made the transition to remote settings in March 2020, according to Pew Research, and many continue to work remotely.

We should soon learn more about how many workers will return to office settings. In Michigan, two separate coalitions of state business leaders are urging Gov. Gretchen Whitmer to lift the state’s emergency rules for workplaces that promote having employees work from home if they can do so.

On Tuesday, Whitmer announced that the state is starting to explore the timing and requirements for return-to-work safety measures. The state’s emergency rule for offices expires April 14. Covid 19 Workplace Safety Director Sean Egan of the Michigan Occupational Safety and Health Administration said it’s likely to be extended. It’s up to employers, Egan said, to determine if work can be done at home and provide safety measures like face coverings and social distancing.

“Empty office buildings have a damaging impact not only on productivity, innovation, collaboration and mental health, but also has put an incredible strain on our communities,” according to the letter to Whitmer sent by the Grand Rapids Chamber, Detroit Regional Chamber, Michigan Chamber of Commerce, Small Business Association of Michigan, Lansing Regional Chamber of Commerce and the Michigan Manufacturers Association.

While office buildings may be empty of workers, that doesn’t mean employers have told commercial landlords they plan to leave.

“Most tenants are paying on time, every month,” he said.

Those regular payments offer some stability to the market.

But beyond that, companies who may have 80 percent or more of their employees working from home also face decisions over the next few years as existing leases expire. Some already have closed offices and put their furniture in storage. Others have approached landlords to downsize.

The lack of a clear pattern means it’s difficult to forecast where vacancy rates and lease prices are going, Miller said.

“No one has a consistent understanding, because no one can look at the whole situation at the same time,” Miller said.

Ally Financial made a splash in 2016 when it leased 13 floors in downtown Detroit, a move that brought 1,500 employees to the city and placed the online financial service company’s name on the former One Detroit Building on Woodward Avenue. The deal was one among a wave of corporate office moves into the city as it revived its economy following bankruptcy.

Today, Ally is in a similar position as corporations across the country: People in a few jobs, like field auditors, have returned to work with contactless measures in place for moving around the building. Yet the majority of its workforce still works from home – and will for several more months, said spokesperson Jillian Palash.

“We will not risk employee health by re-entering too quickly,” Palash said.

The company is keeping workers away though it recognizes what it is losing: “Ally believes the long-term health of our culture benefits from direct human engagement and interaction,” she said.

The need for engagement and interaction is what prompts many companies to hold onto spaces, commercial brokers said, even as they go unused. Palash said Ally is among them, with no plans to downsize on space.

Detroit and its suburbs like Southfield and Dearborn, along with nearby Ann Arbor, makes up the largest office market in the state at 78.3 million square feet. A report at the end of 2020 by Newmark brokerage said the market edged up to 16.2 percent vacancy by year-end, an increase from 15.4 percent at the end of the third quarter.

At the start of 2020, before the pandemic struck Michigan, the market vacancy rate was 15.1. The added vacancies during the pandemic, Newmark said, resulted in 780,000 square feet of net vacancy, “a level not seen in 10 years.”

In Grand Rapids, the overall market is not showing movement yet, although, vacancy was about 8 percent in fall  2020, about a half-percentage point higher than in January of last year.

Lansing office space is suffering more, now averaging 16.4 percent at year-end, up from 14 percent in the first half of 2020. Changes were most acute in the city’s central business district near the Capitol. According to a report by Martin Commercial Properties, “market fundamentals deteriorated over the past six months … representing the highest level of vacancy since 2009.”

Nationally, the Detroit market joined cities like Chicago, Pittsburgh and Las Vegas in getting more tenants to move in or expand work spaces than other cities in 2020, according to a report from CBRE commercial brokerage. In contrast, some of the largest metro markets — including San Francisco, Chicago, midtown Manhattan and Seattle — saw dramatic increases in vacancies. The national office vacancy rate fell from 10.3 percent in late 2019 to 13.8 percent at the end of 2020.

Among metro Detroit submarkets, only Southfield has more commercial space than Detroit at 17.3 million square feet. Its vacancy rate is 20.2 percent in first-quarter 2021.

Other areas and their vacancy rates include:

Overall, Ann Arbor’s office market is as varied as others, with technology firms heading to downtown and larger companies leasing in the Briarwood Mall and Plymouth Road corridors. However, one long-time stabilizing factor has been the University of Michigan, which started 2021 with 1,403,834 square feet of leased space in Washtenaw County – a decline of 51,448 square feet, or 3.5 percent from a year earlier.

U-M joins tenants across the state who are evaluating what it will mean to have many workers telecommuting part-time.

“Prior to the pandemic, remote work was an option in some areas of university operations, but it was not the predominant work model. The pandemic changed that,” said Rick Fitzgerald, U-M spokesperson, who noted that about 70 percent are still at home and will remain there until summer at the earliest.

Rob Aldrich, president of MAV Development in Ann Arbor, estimates that tenants in his company’s Class A buildings in Ann Arbor are using about 20 percent of their space as most employees still work from home. 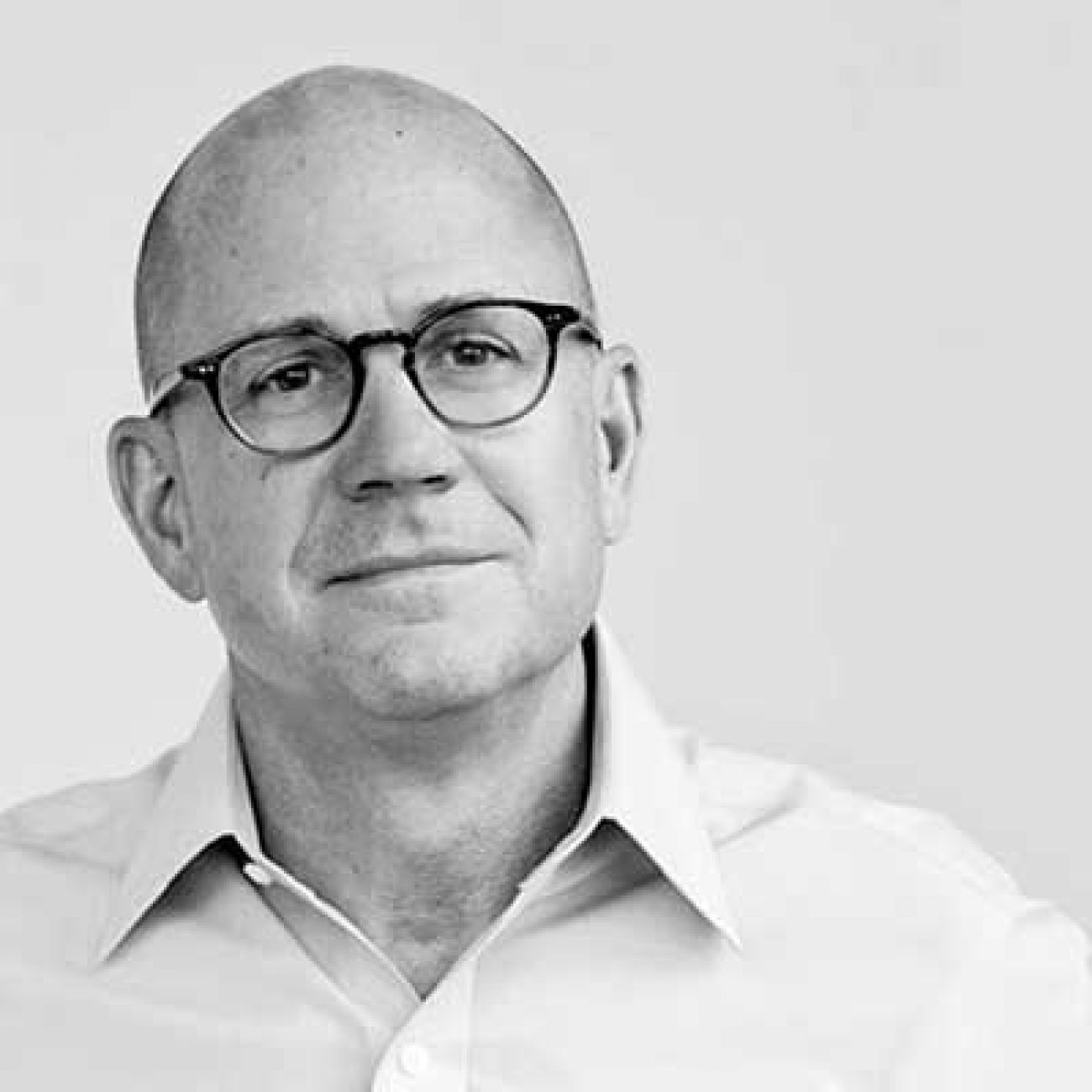 Rob Aldrich, president of MAV Development, said he’s seeing a few companies contract due to remote work – but some are expanding. (Courtesy photo)

Movement is slow so far, but Aldrich said vacancies are starting to tick up as companies consider downsizing, and some sublease space has been added to the market. That’s not reflected yet in rental rates, but he said, “they’ll have to decline because supply is going to increase.”

A few companies are expanding. Among them is Coldwell Banker Weir Manuel, which operates real estate 18 offices in southern Michigan and is based in Oakland County’s Bingham Farms.

CEO John North said the company signed a deal to expand in Ann Arbor, where it will double its office footprint in the South State Commons complex owned and managed by MAV Development.

“Our business model is full service brokerage,” North said. “Those things are enhanced when the agents are engaged in the office. We’ve also found that our most productive agents utilize our offices on a regular basis.”

With a plan to add agents in the Ann Arbor market and a looming lease expiration, North said his company analyzed options and decided to stay in the same building, but sign a deal for almost double the square footage. He called it a “relatively easy decision for us.”

Office configuration is among the top considerations for companies determining how workers will come back to work.

Aldrich, of MAV Development, said he’s expecting tenants to embrace a hybrid work environment, with “some employees at home, some at the office. Then they’ll configure space to support that.”

But it’s still too early to forecast who will make a space change because of that, Miller said. Some businesses may need more space to accommodate more private offices; some may need less if more people will be working remotely.

What is clear, said Miller, of Signature Associates, the commercial real estate firm, is that working solely from home won’t be sustainable for many businesses. Training and hiring are two areas where they’re already feeling the pressure, he added.

“There’s so much that we take for granted that is more or less learned in the field,” he said. “Things like human behavior. You have a challenge with that on a Zoom call.”

According to the letter state business advocates sent Whitmer, many employers recognize that changes within the office setting can lower the risk of spreading COVID among people working in a shared environment.

“Masks can be worn whenever employees are not in a private space,” according to the letter. “Cleaning methods, social distancing and daily health checks can be implemented in an employer-monitored setting and our employers are prepared.”

Elevator protocols may change to allow fewer people at a time. Some building owners will be encouraged to add upgraded air filtering systems. And once people start to come back, workers may ask for more space changes that employers aren’t considering yet, like modifications to shared break areas.

The path of the coronavirus will help determine that, Miller said. But he also suspects items like partitions between desks “will be there for a long time.”

Even with the uncertainty, Aldrich said the office market isn’t likely to suffer long-term effects, as it did during the Great Recession.