The Edenville Dam, which buried mid-Michigan under billions of gallons of floodwater when it failed May 19, isn’t the only Michigan dam whose failure could threaten widespread destruction and possible death.

The Michigan Department of Environment, Great Lakes & Energy on Thursday released information identifying five other dams that are classified as high-hazard and are rated in poor condition by the state,  following a Freedom of Information Act Request from Bridge Magazine.

By definition, dams classified as high-hazard are those that pose a risk to human lives if they fail. State dam inspectors assign condition ratings of satisfactory, fair, unsatisfactory or poor to each of the 1,061 dams under their oversight, including 85 high-hazard dams.

Another 13 poor-condition Michigan dams pose “significant” potential for downstream damage if they fail — a classification that means a failure would cause widespread damage, but would not likely kill people.Michigan has a total of 2,523 dams. Of those not regulated by EGLE, 92 fall under federal jurisdiction and 1,370 are unregulated.

Although no deaths were reported after Edenville Dam’s failure sent a crush of water downstream into Midland and surrounding communities, the disaster forced the evacuation of some 11,000 people, triggered a chain-reaction failure at the downstream Sanford Dam, and caused widespread damage to private property and public infrastructure.

The infrastructure disaster followed nearly three decades of warnings from federal regulators that the Edenville Dam would not withstand a massive flood. As floodwaters recede, what remains is widespread outrage that nothing was done to fix the dam’s deficiencies, and finger-pointing about those responsible.

In a press conference Friday to discuss the safety data, state officials said they didn’t have specific details regarding federal concerns over the Edenville Dam when it transferred from federal to state oversight in 2018. The records were sealed, Michigan officials have said.

Regulators were working with the owners, Boyce Hydro Power, to agree on changes to the dam when it failed. The state can levy fines, force repairs or demand water levels be lowered.

As of May, the state was trying to work “amicably” with Boyce on a plan, said Luke Trumble, one of the state’s two dam safety inspectors. The company had failed to produce an engineers report by a March deadline. During a press conference Friday, Trumble declined to answer what the state had done since Boyce met that deadline.

In addition to Edenville, five high-hazard dams have been flagged for poor condition from southwest Michigan to the Upper Peninsula.

This earthen flood control dam outside Cheboygan has been drained dry. State dam safety staff say they believe a break in the dam’s outlet pipe caused a sinkhole near its outlet. The sinkhole “likely does not put the dam in imminent risk of failure,” according to a document provided to Bridge by EGLE spokesman Hugh McDiarmid.

Still, the document from McDiarmid said, “we take this type of deficiency very seriously and it must be fixed.”

The state is working with the City of Cheboygan to get grant funds from the Federal Emergency Management Agency to fix the issue, McDiarmid wrote.

The spillway of this dam, owned by the Michigan Department of Natural Resources in Cheboygan County, “shows signs of deterioration.” DNR officials are working on designs and permitting for a replacement. The agency is seeking FEMA grant money to pay for fixes and hopes to request bids for the repair project this fall.

An “unauthorized project” to fill in the auxiliary spillway at this Ottawa County dam resulted in state dam safety staff downgrading its condition from satisfactory to poor. McDiarmid said the poor rating doesn’t reflect a dangerous deficiency at the dam, but rather denotes that the dam requires more analysis to determine whether danger exists.

Since state staff discovered the unauthorized project at Buttermilk Creek, “the engineer has performed an updated analysis of spillway capacity” and concluded that the dam can handle a 200-year flood event.

“However, the lost capacity resulting from filling in the auxiliary spillway would limit the dam’s ability to pass flows larger than the design flood and the 200-year design flood elevation in the pond has increased on the order of a foot or so,” McDiarmid said.

Although the dam meets state safety standards, state officials have “instructed the owner to submit a plan and schedule” for addressing the spillway issue. They expect it to be submitted in about a month.

The Portage Power Company, which owns this St. Joseph County dam, has not submitted required inspection reports and emergency action plan updates. Based on a 2013 inspection, EGLE “believes there are no structural or hydraulic deficiencies that pose an immediate threat to the dam’s safety,” according to the statement from McDiarmid.

“EGLE will consider escalated enforcement action if the owner continues to be nonresponsive,” according to the statement.

The dam’s owner is in bankruptcy and the state hopes to remove the dam within five years, according to Dan DeVaun of the state dam safety office.

“It’s an extremely old dam that has deteriorated with age,” DeVaun said during a Friday press conference.

The water levels behind the dam have been lowered for years, DeVaun said, lessening the threat.

The state has allocated $3 million to help remove the dam.

“We’re hoping in the next three to five years to have the structure removed,” DeVaun said. 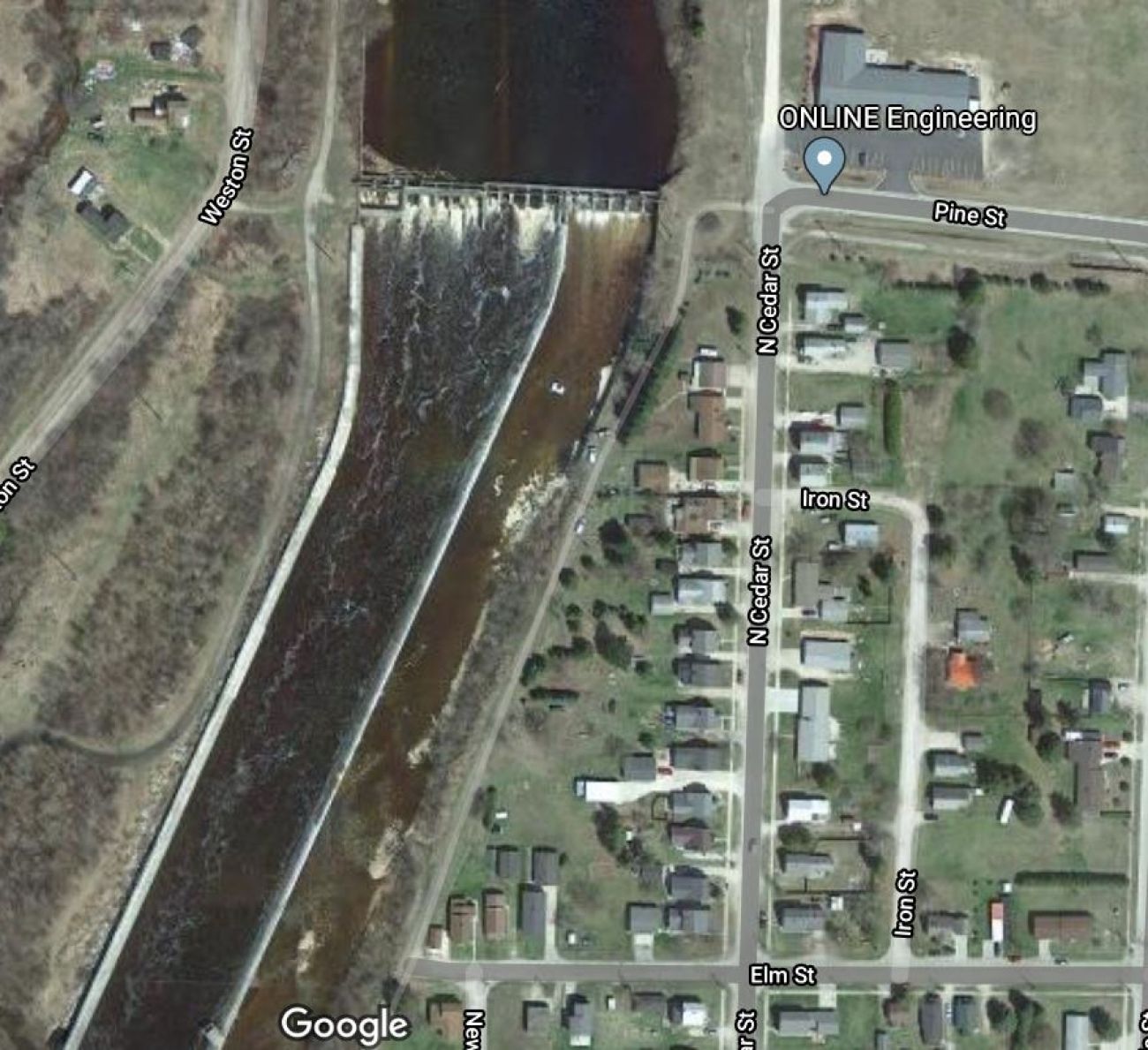