An unusually high number of beach closures and water contamination advisories is hitting Michigan at the height of this tourism season — most of them in an idyllic slice of the Upper Peninsula that was devastated by historic flooding.

Health officials had closed 11 Michigan beaches as of Monday and issued contamination advisories on 13 others. The cause in each case was high levels of unsafe bacteria such as E. coli.

Seventeen of the affected beaches are in the Western U.P, where record rainfall in mid-June triggered flooding that inundated hundreds of homes and destroyed roads and bridges.

The flooding, which hit Houghton and surrounding communities the hardest, washed the landscape into rivers and streams flowing into recreation lakes, bringing bacteria-laden human and animal waste with it. 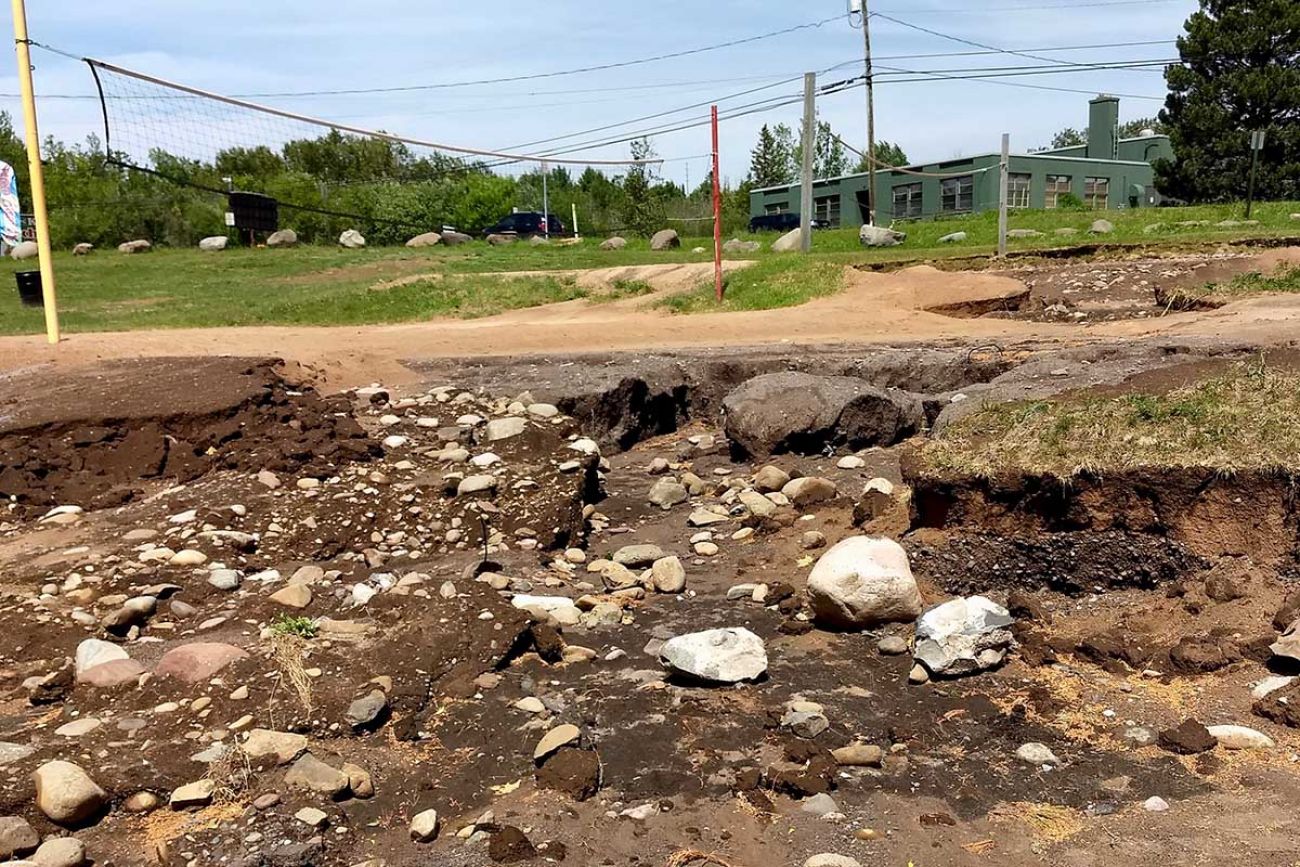 After the flooding, the Western Upper Peninsula Health Department shuttered all beaches across five counties as a precaution. Many of the beaches stayed closed after seven towns reported discharges of untreated sewage and officials detected potentially unsafe levels of E.coli and fecal coliform bacteria.

“That hasn’t happened before,” Shannon Briggs, a toxicologist in the Department of Environmental Quality’s water resources division, said of the mass closure.

Beach closures are rare along Lake Superior and other U.P. lakes with relatively cool waters.

Some beaches have reopened since the floods, but unusually warm weather — which helps bacteria survive and multiply — and continuing rains have complicated the broader beach recovery, health officials say. Two weeks ago, another 2-5 inches of rainfall hit the region within a few hours, dealing a significant blow to locals itching to hit the beach.

“It was quite a setback in terms of water quality,” said Ray Sharp, who manages community planning and preparedness for the Western Upper Peninsula Health Department, whose website is getting thousands of hits per day as folks check the status of local beaches.

Testing at some beaches two weeks ago revealed the highest bacteria levels since the June floods, Sharp added, meaning it could be weeks more until more U.P. beaches reopen.

After a typical rainstorm, a closed beach might recover within a week at most, said Tanya Rule, director of environmental health for Western U.P. department. But June’s 1,000-year flood was anything but normal.

Torch Lake in Houghton County could be among the last U.P. beaches to reopen. That’s in part because of the lake’s slowly flowing water — “it kind of gets trapped” — and because the floods caused massive erosion there, Rule said.

Here’s what else you might want to know about contamination along beaches.

Where does the E. coli and other bacteria come from?

Short answer: poop. And that comes from a variety of sources, including from leaky septic systems, untreated wastewater, agriculture runoff or from wildlife — all of which might flow into waterways following heavy rains.

What if you swim in contaminated waters?

You’re more likely to get sick from bacteria, viruses or parasites entering your body through your mouth, nose, ears or cuts in your skin. Possible conditions include: fever, nausea, abdominal cramps, diarrhea, vomiting, skin rashes and ear infections.

How can I find updates on beach closures?

The Western Upper Peninsula Health Department is posting frequent updates on its Facebook page. And for statewide information — including a map of affected beaches — use the Department of Environmental Quality’s “Beachguard System.”

Editor's note: This story has been updated to remove outdated closure information.