Proponents of a proposal to designate 51,000 acres of woods in the Upper Peninsula as a “wilderness” say it would preserve pristine habitat and recreation lands and ward off future logging, mining and other development. (Photo courtesy of Keep the U.P. Wild)
August 2, 2021
Kelly House (Email)
Michigan Environment Watch
Upper Peninsula

Hoping to seize upon President Joe Biden administration’s pro-public lands agenda, a coalition of Michigan environmental groups is mounting a push to shield tens of thousands of acres in the western Upper Peninsula from future logging and other development.

The coalition, which calls itself Keep the U.P. Wild, last month launched a campaign to designate 51,000 acres in the Ottawa National Forest as wilderness  — the most stringent level of protection available for federal public lands.

The groups see it as an opportunity to protect pristine recreational lands and lock out extractive industries amid high timber prices and anticipated mining pressure fueled by demand for the rare earth minerals used to manufacture electric vehicles, batteries and a host of other products.

“Companies are actively exploring,” said Horst Schmidt, president of the Upper Peninsula Environmental Coalition, “and we need to try to avoid turning this into what happened the first time around when all the damage was done (during the U.P.’s early logging and mining boom).”

The plan is in its infancy. Proponents say it could take a year or more to result in a formal proposal in Congress, and it will likely face some level of opposition from extractive industries that do business in national forests.

Unlike national forests, which can generally be logged, mined, crisscrossed with roads and grazed by cattle, wilderness areas are meant to be maintained in a state “untrammeled by man.”

With an exception for islands, wilderness areas must be at least 5,000 acres, contain little to no evidence of human influence, and provide opportunities for solitude or primitive recreation.

The National Wilderness Preservation System includes more than 800 wilderness areas covering 111 million acres across 44 states and Puerto Rico. Michigan’s 16 wilderness areas include Nordhouse Dunes and Sleeping Bear Dunes in the Lower Peninsula, and the Sylvania Wilderness on the Michigan-Wisconsin border.

The proposal would not add new acreage to Michigan's publicly-owned lands. Rather, it would add more stringent protections to four tracts within the existing Ottawa National Forest:

With the campaign still new, it has so far received little official opposition. But mining and timber industry groups are the likeliest opponents. 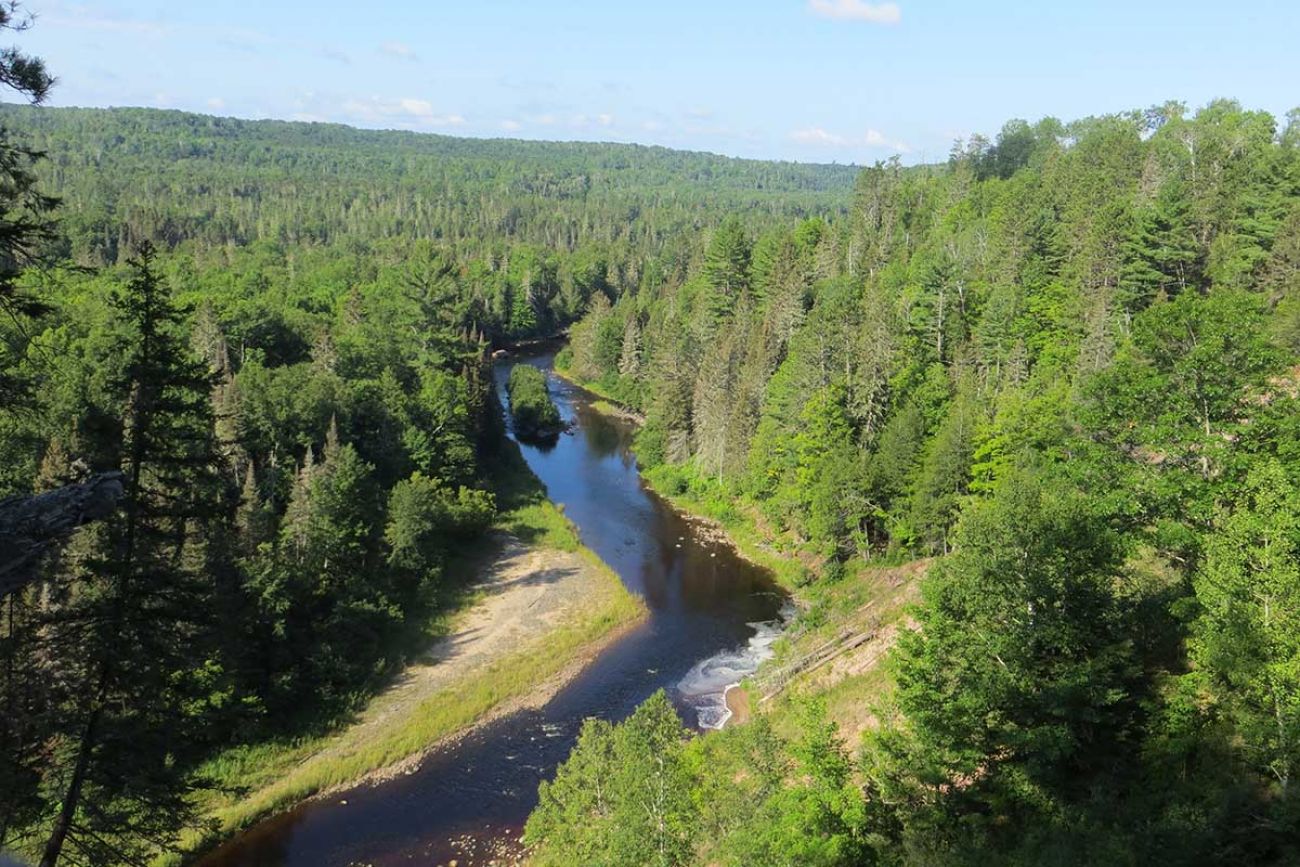 The proposal to designate new wilderness in the U.P., including an addition to the existing Sturgeon River Gorge Wilderness, is likely to face opposition from industries that do business on public lands. (Photo courtesy of Keep the U.P. Wild)

Henry Schienebeck, executive director of the Great Lakes Timber Professionals Association, said the group’s board will discuss the proposal this week.

The group needs to learn more about the lands in question, including their viability for logging, before forming a stance on the wilderness proposal, he said.

But no doubt, Schienebeck said, national forests like the Ottawa are important to the group’s members. Timber cut from national forests makes up as much as 15 percent of the raw materials that feed Michigan’s lumber industry, he estimated.

“From our perspective, it’s a multiple-use forest,” he said. “How many set-aside areas do we really need?”

He added that industry groups are “not saying you have to log every acre of land, either.”

Advocates of the wilderness plan said they hope to recruit congressional sponsorship for a bill proposing the wilderness designations. Winning support from Democratic Sen. Debbie Stabenow will be key: Stabenow chairs the Senate agriculture committee, where bills to designate new wilderness are likely to originate. 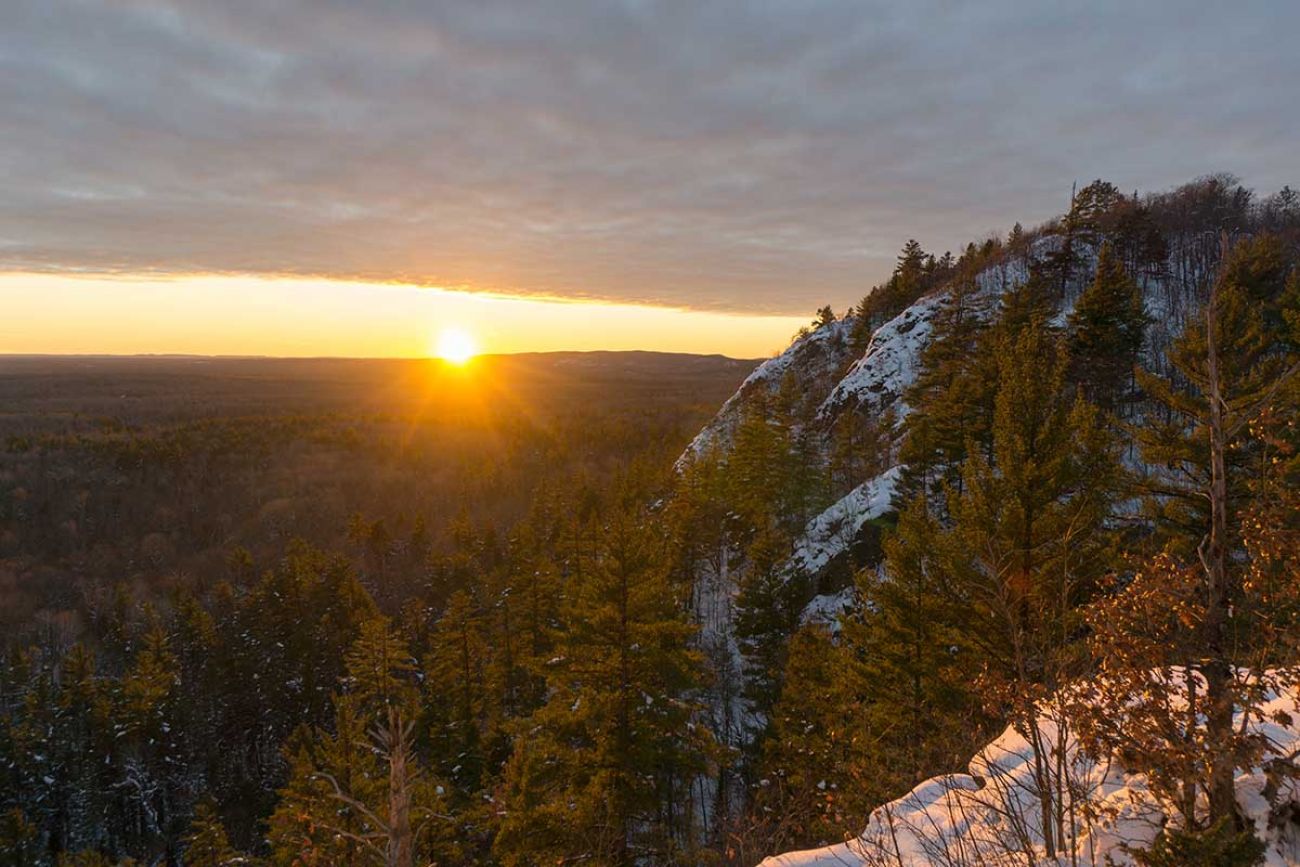 Proponents of the U.P. wilderness proposal say they are working to recruit congressional sponsorship for a bill to protect four areas, including the pictured Norwich Plains. (Photo courtesy of Keep the U.P. Wild)

Neither Stabenow nor Rep. Jack Bergman, R-Watersmeet, who represents the Upper Peninsula, could be reached for comment.

Noting that Congress passed a lands package in 2019 that included 1.3 million in new federal wilderness, Tyler Barron, a policy advocate with the Environmental Law and Policy Center, said he’s optimistic about the proposal’s odds.

“I don’t think the Senate is as allergic to this type of environmentalism as it is to many other forms,” he said.

Wilderness proponents hope to appeal to the Biden administration’s commitment to conserving 30 percent of U.S. lands and ocean territories by the year 2030. Administration officials have touted such land conservation as a key piece of Biden’s climate policy because healthy forests store carbon and protect biodiversity that’s threatened by climate change.

Marlene Broemer, a member of the Ontonagon County Board of Commissioners and several other civic groups in the area surrounding the proposed wilderness, said “there’s a general feeling of support” for the wilderness designation among locals.

But more discussion is needed to address concerns from some groups, Broemer said.

For example, she said some emergency response agencies have questioned how they would access the area if visitors get lost or injured — a concern arising from dramatic increases in wilderness emergencies as outdoor tourism in the U.P. has skyrocketed.

Barron said the coalition crafted its campaign with an eye toward avoiding conflict: The four parcels in question haven’t been logged in decades, and contain places so rugged that future logging and mining would be difficult. And the coalition took pains to avoid areas prized by off-road vehicle enthusiasts.

“We wanted to really pick areas that would be palatable,” he said, “so we could propose them and they wouldn't be dead on arrival.