Is the Line 5 tunnel a bridge to Michigan’s energy future or a bad deal?

Michigan Environment Watch
Is the Line 5 tunnel a bridge to Michigan’s energy future or a bad deal?

As Canadian officials lobbied a Michigan Senate committee in March to keep the Line 5 pipeline open, Sen. Winnie Brinks grew frustrated with a conversation that, up to that point, had focused mainly on the immediate economic and safety implications of a possible shutdown.

“We are at a moment of inflection on our energy future,” said Brinks, D-Grand Rapids, and will soon have no choice but to stop burning oil and other fossil fuels to power our vehicles and homes. Additional investment in the pipeline, she said, “does not seem to be the most enlightened way to go forward.”

Rocco Rossi, President & CEO of the Ontario Chamber of Commerce, which wants the pipeline kept open, was quick to rebut.

“All of us want a lower (greenhouse gas) future,” Rossi said. But the transition away from the petroleum products that Line 5 carries “is not going to be overnight.” In the meantime, he said, pipelines are the safest and cleanest way to move petroleum from the Alberta tar sands in western Canada to facilities in the U.S. and eastern Canada where it’s turned into propane, jet fuel, plastics and fertilizer.

The exchange highlights a sharpening focus on global climate change and economy-wide energy transitions, in a pipeline fight that began with concerns about oil spill risks in a 4-mile-wide strip of water known as the Straits of Mackinac.

Against the backdrop of recent carbon neutrality pledges from Gov. Gretchen Whitmer and President Joe Biden, activists have ramped up their arguments that the Canadian oil giant Enbridge Energy is threatening Michigan’s water as well as its climate future.

Enbridge and its supporters have defended Line 5 as a necessary asset in the transition to clean fuels, without which energy consumers in Michigan and elsewhere would suffer.

Now, as a federal judge considers whether Line 5 should shut down in May and state and federal regulators decide whether to let Enbridge replace it with a tunneled pipe deep below the straits that could keep the oil flowing for decades, they’ll grapple with an issue of global significance:

Are pipelines like Line 5 a “bridge to the energy future,” as Enbridge CEO Al Monaco has said, or a climate liability that threatens Michigan’s and the world’s progress toward carbon neutrality?

In the decade since Line 5 arose as an object of statewide concern following the massive 2010 Kalamazoo River disaster — an 840,000 gallon spill along the Enbridge-owned Line 6B that took years to clean up — U.S. climate policy and politics have shifted dramatically.

Americans have grown increasingly accepting of the reality of climate change, and increasingly supportive of efforts to stop it. Technological advances have made alternative energy sources such as wind and solar more affordable, and battery-powered automobiles more reliable.

Meanwhile, auto manufacturer General Motors has dropped its objection to stricter emissions standards and joined the growing list of companies promising to stop selling gas-powered cars in the coming years (in GM’s case, by 2035).

All of that, experts say, amounts to bad long-term prospects for the oil industry, and the pipelines that move oil from place to place.

And Line 5 opponents argue that uncertainty should color the decision-making process about whether Enbridge should replace the 4.5-mile-long lakebottom pipes with a tunnel-encased version that won’t be up and running for at least another three years. 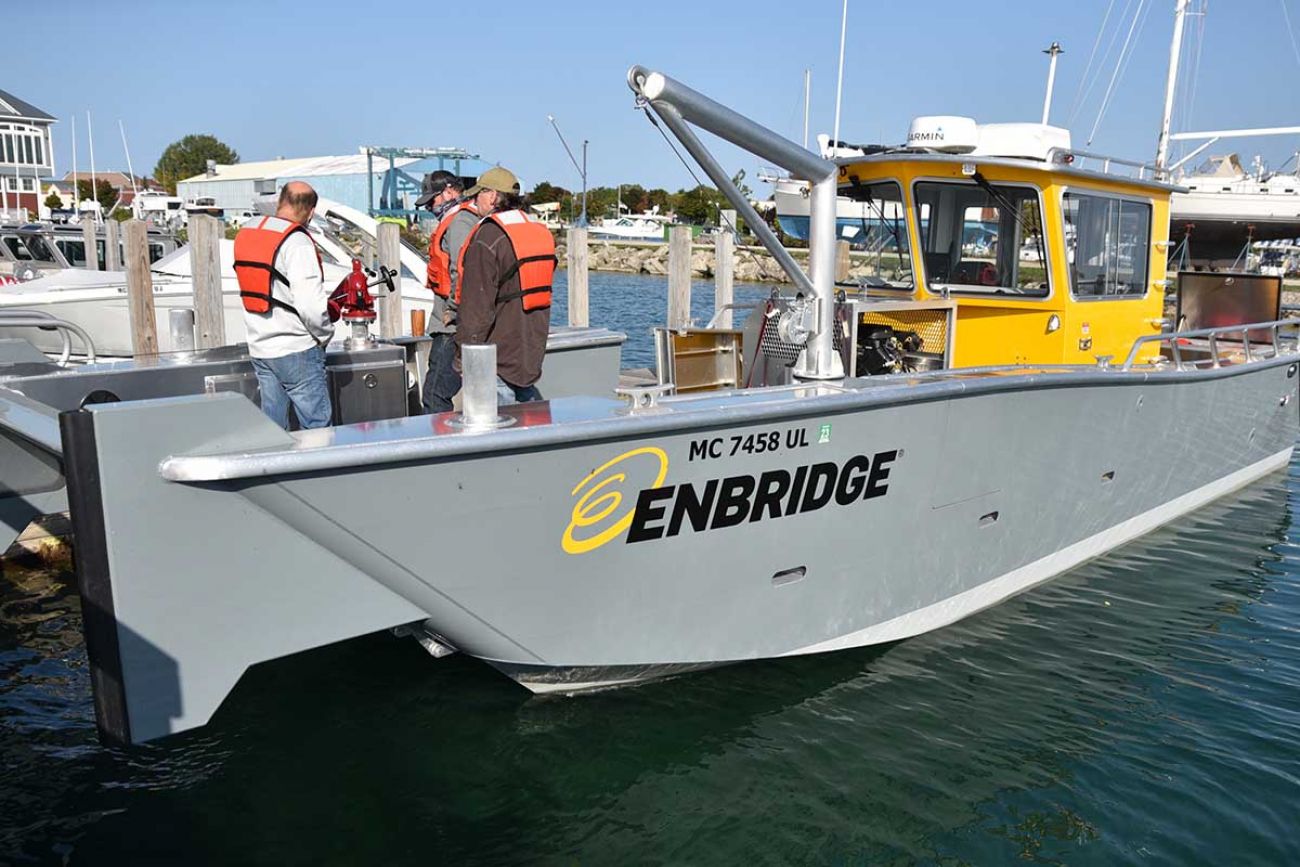 An Enbridge boat that would be used to handle any spill in the Straits of Mackinac is docked in Mackinaw City Harbor. (Photo by Lester Graham, Michigan Radio)

Enbridge initially planned to spend $500 million on the tunnel project, bringing it online by 2024. But costs and timelines are both in flux, and experts hired by opponents of the pipeline say the project could cost as much as $2 billion and take years longer.

“The writing’s on the wall that fossil fuel investments are not the future,” said Kate Madigan, director of the Michigan Climate Action Network, one of several groups that are urging state and federal decisionmakers to factor climate and energy trends into permitting decisions for the tunnel project. “(I)t’s really quite remarkable that we're even considering whether to build an oil tunnel, just on economic grounds alone.”

But for now, experts say the economics work out in the company’s favor. Even optimistic projections about the global energy transition assume society will continue to rely heavily on petroleum-based fuels for years if not decades to come.

“Modernizing a pipeline to improve its environmental footprint over the next 10 to 15, or even 20 years, is not inconsistent with our long-term climate goals,” said Sasha Mackler, director of the Energy Project at the Bipartisan Policy Center, a Washington, D.C.-based think tank.

And while construction of new fossil fuel pipelines may no longer make sense, the proposed tunnel for the existing Line 5 pipeline is comparative chump change to a company like Enbridge — an investment that can be recouped in short order, said Daniel Raimi, a lecturer at the Gerald R. Ford School of Public Policy at the University of Michigan and fellow at the nonpartisan energy research nonprofit Resources for the Future.

Growing opposition to new pipeline infrastructure could even protect Line 5’s profitability in the near-term, Raimi said, by limiting the number of competitors able to transport oil from Alberta.

“They have a very strong incentive to keep (Line 5) flowing,” Raimi said. 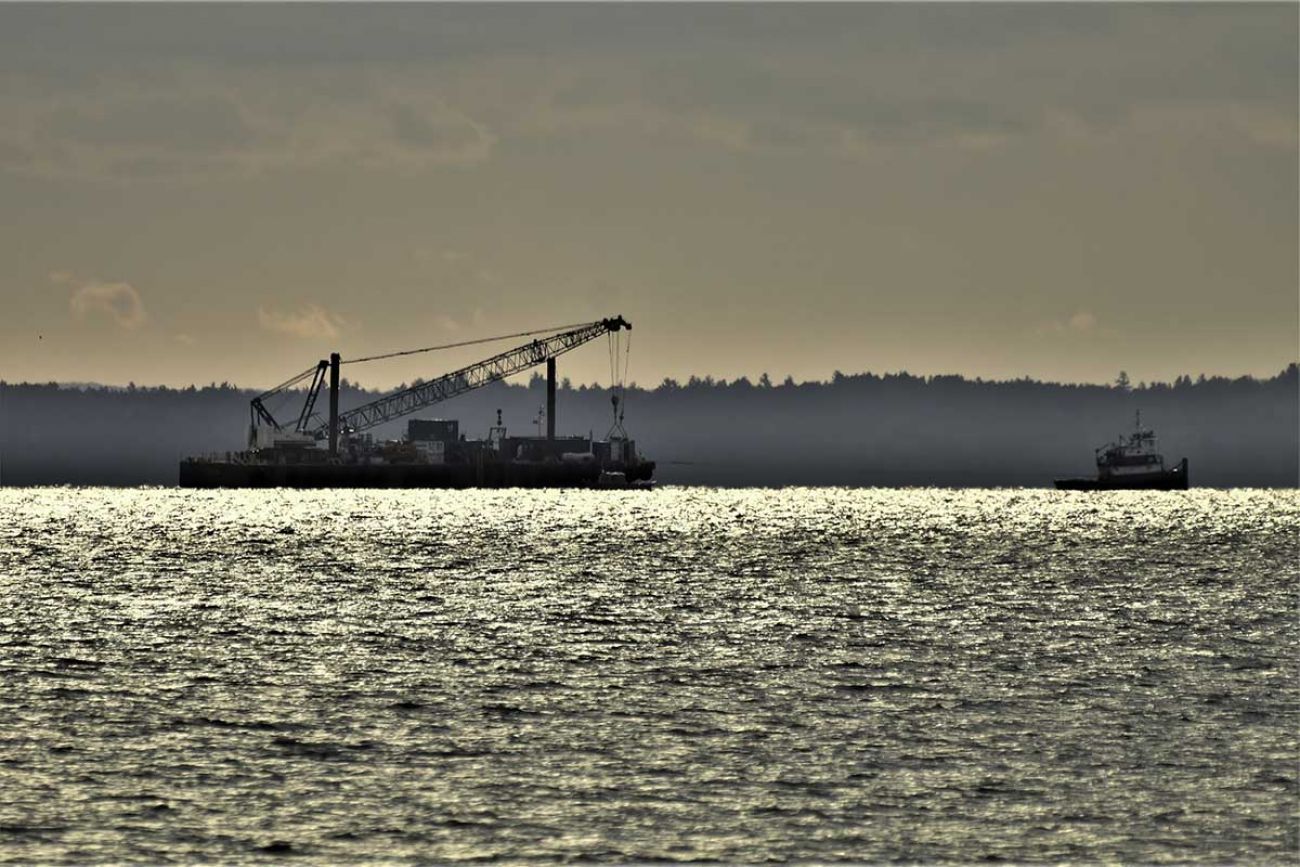 Contractor vessels work on the Line 5 pipeline in the Straits of Mackinac. (Photo by Lester Graham, Michigan Radio)

Line 5 opponents, meanwhile, contend that any near-term benefits for Enbridge and Michigan consumers are far outweighed by the risks Michigan could incur by allowing the pipeline’s petroleum to remain flowing.

Their concerns go beyond the estimated $8.8 billion in damage possible if oil spilled into the straits, and toward “externalized” risks that Michigan and the globe face as a result of climate change caused by burning the fuel that pipelines transport, and the fear that the eventual end of oil will stick Michigan with a “stranded asset” in the form of an empty pipeline crossing the state.

“Do you want to be an investor that’s going to say ‘I want to invest a billion dollars in infrastructure that’s already been replaced?” said Mike Shriberg, regional executive director for the National Wildlife Federation. “Because in those four or five years, whatever it takes to build it, probably more like seven or eight, the demand is going to go down and the alternatives will be in place.”

Researchers estimate that the vast majority of the petroleum products moving through the line serves Canadian refineries. But a portion is processed into propane serving the Upper Peninsula, or offloaded at refineries in Detroit and Toledo.

Enbridge has warned that a shutdown would strand those refineries, resulting in higher fuel prices and forcing customers to obtain fuel by more spill-prone truck and rail, and leave Michigan propane customers without a readily-available heat source, though analysts have said there are other ways to serve those markets.

The dueling arguments are a classic example, experts say, of the short-term versus long-term tradeoffs decision makers will have to make as they grapple with immediate infrastructure decisions like the Line 5 tunnel amid dramatic changes to the U.S. energy market.

“It’s tough to make that judgment when you’re talking about a project that won’t even be in existence in four years,” said Andy Pusateri, senior analyst with the brokerage firm Edward Jones.

The politics of petroleum

How fast those sands will shift depends on a host of factors, including how aggressively policymakers push for clean energy as part of their commitments to carbon neutrality.

Whitmer has vowed to make Michigan carbon neutral by 2050, and Biden has set the same timeline for the nation. But those efforts are in their infancy, and it’s not clear whether they’ll have any bearing on state and federal agencies’ decisions regarding the tunnel.

They lost a key battle in February when state Administrative Law Judge Dennis Mack ruled that the Michigan Public Service Commission, which oversees pipeline siting in Michigan, should not consider such questions as it decides whether Enbridge can move Line 5 inside the proposed tunnel. Rather, Mack said, the commission should consider the relocation of the Straits segment in isolation, focusing only on the immediate consequences of moving the pipeline.

Several groups are appealing the decision.

State and federal officials, meanwhile, face mounting pressure from officials in neighboring states and Canada to keep the pipeline open.

In March, Canadian Minister of Natural Resources Seamus O’Regan called continuing to keep Line 5 open “nonnegotiable” and said he had met with the new U.S. Energy Secretary (and former Michigan governor) Jennifer Granholm about the pipeline.

The country has threatened to invoke a 1977 treaty that specifies “no public authority” in either nation can impede the flow of petroleum products through pipelines.

“We are preparing to invoke whatever measures we need to in order to make sure that Line 5 remains operational,” O’Regan told a Canadian parliamentary committee.

Enbridge, for its part, has called questions about climate change and the shifting energy market “irrelevant” to the conversation about Line 5’s fate, while casting its pipeline as compatible with a clean energy transition.

Enbridge CEO Al Monaco told investors on a February earnings call that he sees the company as “the bridge to the energy future.”

Michigan Attorney General Dana Nessel’s office, which is battling Enbridge in federal court over the shutdown order, said in an email to Bridge Michigan that “we look forward to addressing all of Enbridge’s arguments in our court filings.

But a resolution of the case is unlikely anytime soon. The two sides have entered mediation, with their first session scheduled for April 16.

Biden and Whitmer, meanwhile, have remained mum. While Whitmer has been vehement about getting the pipeline out of the straits, she has avoided weighing in on the tunnel project or its potential climate impacts. Spokespeople for Whitmer did not respond to multiple interview requests from Bridge for this story.

In a statement, Whitmer spokesperson Chelsea Lewis-Parisio called the existing pipeline a “ticking time bomb” but made no mention of the tunnel.

Biden, after taking early action to cancel permits for the Keystone XL pipeline, has made no indication about whether he’ll intervene on Line 5.

But he has made policy changes that could bode well for environmentalists who argue climate change and the global energy transition must be part of the Line 5 debate: His Jan. 20 executive order on climate revived Obama-era guidance for federal agencies to consider climate impacts when reviewing major infrastructure projects.

Enbridge needs federal permits from the U.S. Army Corps of Engineers, which regulates water pollution under the Clean Water Act and Rivers and Harbors Act, before it can start the tunnel project.

Depending how thorough the Corps is with its review, the process could take years. By then, experts say, it’s not clear whether the financial odds that make Line 5 profitable today will still weigh in favor of building the tunnel. 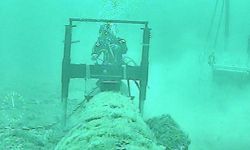 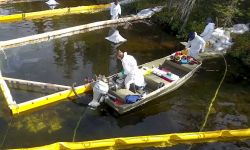 Should Michigan, other states let nature clean up oil spills?