Recreational and charter fishing groups want a voice in negotiations over Great Lakes fishing rights, a new sign of tension in negotiations between state regulators and tribes over waters that are dramatically changing.

In a Wednesday filing requesting U.S. District Judge Paul Maloney’s permission to intervene in a fishing consent decree, the group Coalition to Protect Michigan Resources expressed concern that tribes and the state are moving toward an agreement that would harm their interests.

Few details are known about the substance of the negotiations, because those involved have signed confidentiality agreements.

But Dennis Eade, executive director of Michigan Steelhead and Salmon Fishermen’s Association, said the coalition believes the state and tribes are “ignoring the interests of recreational anglers,” and abandoning terms of a previous agreement “that have allowed tribal, commercial and recreational fishers to co-exist for decades.” 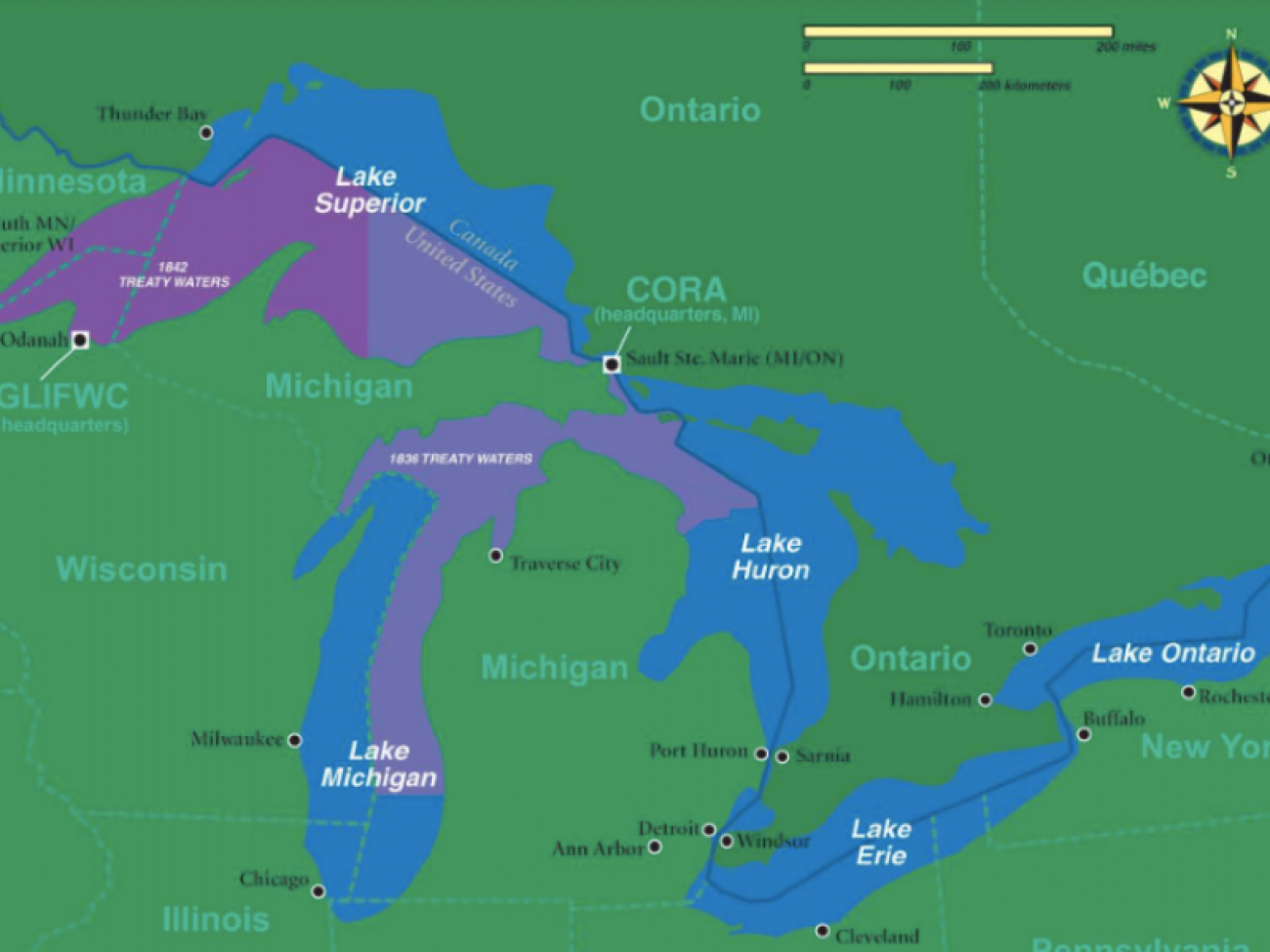 The old agreement was set to expire in August 2020, but has been extended multiple times as parties struggle to cut a new deal.

Under the old decree, most of the whitefish in parts of the three lakes goes to five tribes, the Bay Mills Indian Community, the Little Traverse Bay Bands of Odawa Indians, the Sault Tribe of Chippewa Indians and the Little River Band of Ottawa Indians.

State-regulated anglers get most of the salmon, while lake trout are split roughly evenly.

“We do have a lot of members that, that is their livelihood,” said Beverly Carrick,  interim director of the Chippewa Ottawa Resource Authority, a group that represents the tribes.

“That's the only job they have to feed their families.”

She declined to discuss the negotiations. But in a filing to the judge last month, negotiators reported they were “approaching consensus” on a new agreement, but needed more time to finalize details.

In 1979, the U.S. District Court ruled that Native American tribes that were part of the 1836 Treaty of Washington that ceded 16 million acres in the Upper and Lower Peninsulas have a viable treaty right to fish in the parts of Lakes Michigan, Huron and Superior.

In the past two decades, thought, invasive quagga mussels have dramatically altered the lakes and their fish communities, complicating the pathway to a new deal.

Simply put, said Mark Ebener, a longtime Great Lakes biologist who has studied those shifts, “the (quagga) have pulled the rug out from underneath the food web.”

The mussels blanket the bottom of lakes Michigan and Huron, stripping plankton and algae out of the water and robbing parts of the lakes of nutrients that fish need to survive.

That has reduced the overall biomass of fish in the lakes, leaving fishing interests competing for a slice of a smaller pie.

Annual harvests of whitefish, key to the livelihood of tribal and state-regulated commercial fishers, have declined from 6.3 million pounds in 2011 to less than 4 million in 2018.

The prized chinook salmon have plummeted in lakes Michigan and Lake Huron.

In 2000, there was about 20.9 million pounds of chinook in the Great Lakes and now it’s down to 5.5 million pounds, according to Wesley.

The main reason for the decline is that its main prey, alewives, have been dying out as invasive species filtering out the lakes’ nutrients.

And climate change is heating the lakes, adding more uncertainty about the future.

Ebener, who formerly worked as a biologist for inter-tribal organizations in the Great Lakes, said plummeting whitefish numbers pose an existential threat to tribal anglers. Many will go out of business, he said, unless they can get permission to fill their nets with other species such as walleye and salmon.

“Just focusing on one species, you’re not going to make it,” he said.

Negotiations are intensifying because “fisheries without a doubt have changed since the last consent decree was negotiated,” said Amy Trotter, executive director of the Michigan United Conservation Clubs, which is part of the coalition representing recreational and charter fishing interests.

Trotter said the coalition wants to become a party to the negotiations to ensure the new agreement reflects the changes in the Great Lakes as well as the recreational anglers’ needs.

In past negotiations, the state has worked alongside the coalition but Trotter claims now they’re being “dismissed, removed from the conversations, patronized or disregarded.”

Trotter said the request to intervene is “not to take away or diminish the state or tribes responsibilities or rights.”

“Ultimately, our concern is the fishery, the recreational side of it which is a driver for the economy,” Trotter said.

According to one estimate, recreational anglers contribute $2.3 billion to the state’s economy through gear purchases, hotel stays and other spending.