“They do their work in darkness, in secret.”

No, Marisol Quintanilla wasn’t talking about a group of crime-fighting vigilantes, like Spiderman or Batman.

Rather, she’s talking about a group of supervillains she described as “ninjas” threatening to disrupt Michigan’s craft beer production.

Who are they — or, what are they? They’re nematodes, and they’ve been attacking hopyards throughout the state.

Hops are a traditional ingredient in making beer. In Michigan, they grow primarily in the southwestern part of the state in rich soils close to Lake Michigan.

Nematodes are roundworms. They can feed on bacteria, algae and fungi, and they can feed on humans and animals. The ones Quintanilla studies feed on plants.

These grain-of-sand-sized parasites have been hiding in the underground root systems of these 20-foot tall vine-like crops, according to Quintanilla, an applied nematologist at Michigan State University.

She and Ellie Darling, a doctoral student in MSU’s applied nematology laboratory, found through research funded in 2020-21 by the Michigan Craft Beverage Council that 50% of hopyards in the state are infected by this nematode. 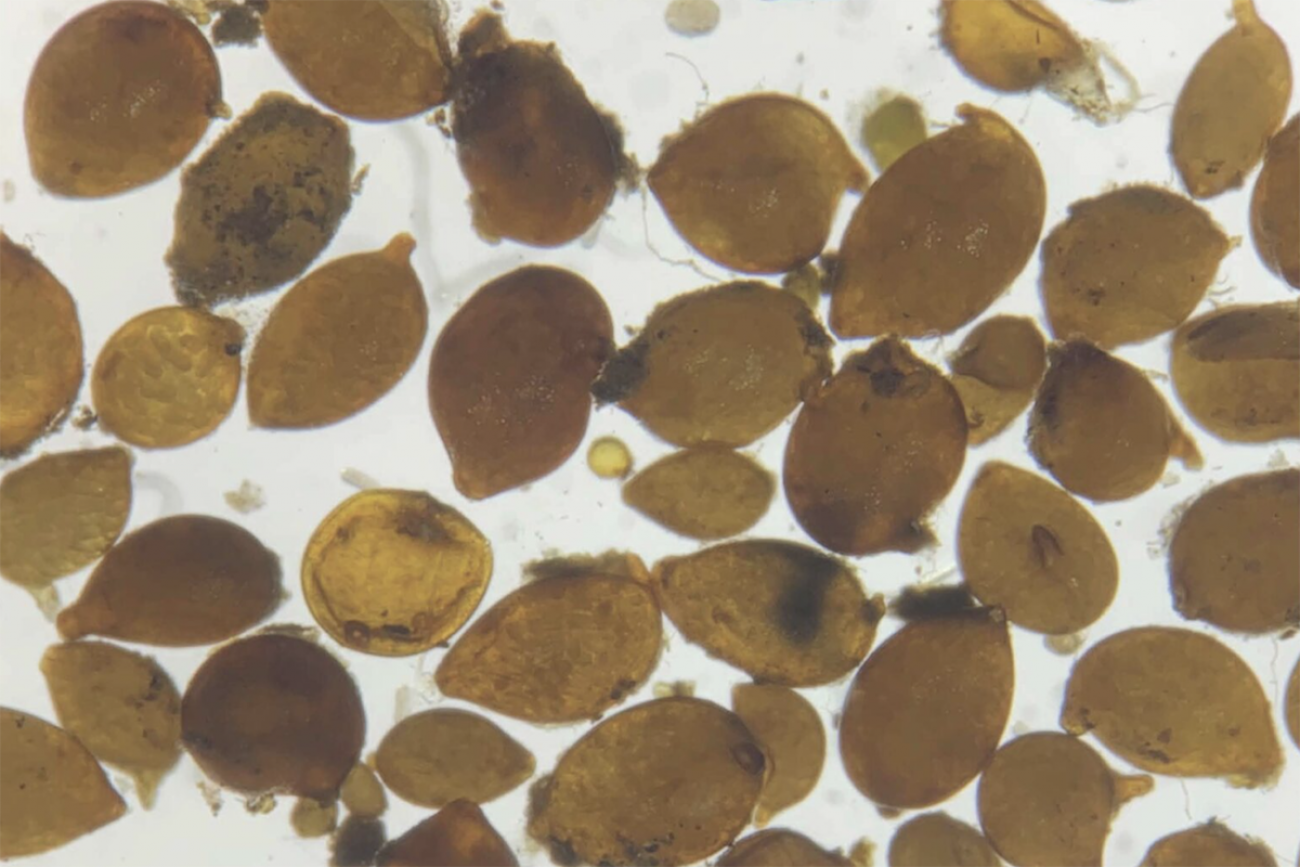 The approximate $80,000 in grant money over the two years came from the council’s annual competition for research funding.

Not all nematodes are bad.

But these specific plant-parasitic nematodes attack the roots of hops, causing stunted growth and wilting. And because hops are a 10- to 15-year perennial crop, farmers can’t simply dig up their plants to test for nematodes, which can create uncertainty when they see a problem with their hops.

Darling describes hops, which are susceptible to attack by other bacteria and fungi, as “pathogen sponges.”

“Some nematologists referred to Michigan as the ‘cyst nematode capital of the U.S.,’” Darling said.

Found in Yakima Valley, Washington — the leading hop producer in the country — these nematodes have had a big impact locally on hopyards in the Traverse City area, Darling said, adding that some growers have been put out of business in part due to these parasites.

Now that they’ve been identified, Darling’s research currently focuses on how to fight them.

Darling and Quintanilla warn against sharing unclean farm equipment between plots of land because these parasites are highly infectious.

“Nematodes cannot fly, and they can’t walk, so the only way they’re getting from an infected place to a new place is with human machinery,” Quintanilla said.

In February, the Craft Beverage Council recommended $335,000 for 13 projects that advance research into craft beer, spirits, wine and hard cider.

Michigan ranks sixth in the nation with 398 craft breweries in the state, according to the Brewers Association. It also ranks ninth for wine production, according to the Alcohol and Tobacco Tax and Trade Bureau.

“It is an investment in the future,” Jagmin said. “We know with Michigan that the strength of our craft beverage industry — that includes spirits, beer, wine and cider — all of it is in agriculture.”

Since its inception in 2018, the council has granted over $1.5 million in research projects, according to Jagmin. And while most of these grants go toward agriculture, she said the council would consider projects on the production and marketing of craft beverages as well.