PARCHMENT — Stepping through her backyard garden on a recent Saturday, Amber Adams-Fall winced as she pointed out the crops she’s leaving to wither.

“It did not look like this two weeks ago,” the 33-year-old said.

Here were her strawberries. Through most of July, she and her husband Dustin Adams-Fall, 34, picked a quart per day. Over there, raspberry bushes. They usually produce twice a year — once in June and again in the fall. The couple ate the first batch.

There won’t be a second.

After sweating four hours each spring day cultivating produce that could fetch hundreds of dollars at farmers markets, Amber Adams-Fall is leaving them to die — asparagus, onions, cherry tomatoes and all.

The doomed plants are casualties of PFAS contamination in this town of roughly 1,800. Nestled alongside Kalamazoo, Parchment is among the latest Michigan communities to learn perfluoroalkyl and polyfluoroalkyl substances (PFAS) — industrial chemicals linked to a litany of health risks — had infiltrated its water supply.

Communities nationwide are only now coming to grips with the pervasive group of chemicals used to manufacture everything from Teflon and Scotchgard water repellent to firefighting foam. Michigan has flagged PFAS at about three dozen sites, a list that keeps growing as regulators test more water.

Beyond more obvious questions of when tap water will be safe to drink and how big a danger it poses to residents, the episode has prompted other worries. Among them:

Amber Adams-Fall said emails to public officials and calls to the state’s toxics hotline have yielded few answers beyond broad advice not to eat home-grown fruits and vegetables now.

“I feel like, my concerns are not being addressed by the government,” she said.

Here’s a look at communities where Michigan environmental regulators have found contaminations of PFAS, a once commonly used industrial chemical. Click on the dots for a brief summary of each site. Note: The data is current as of August.

Michigan regulators say they don’t believe occasionally eating produce grown in PFAS-exposed soils is particularly risky, but they are advising residents not to do so out of caution and acknowledgement that research continues to evolve.

In other states that are grappling with the issue, recommendations are mixed and sometimes vague.

Lt. Gov. Brian Calley in late July declared a state of emergency in Parchment, known as “Paper City” because of a now-closed paper mill, after a test detected PFAS at more than 20-times an EPA health advisory level.

Residents are receiving bottled water as they await an all-clear to drink from a system that will draw water from Kalamazoo.

The news jolted the Adams-Falls family.

The couple bought a home nearly a decade ago, seeing Parchment as a cozy place to live with easy access to Kalamazoo’s bigger-city amenities. 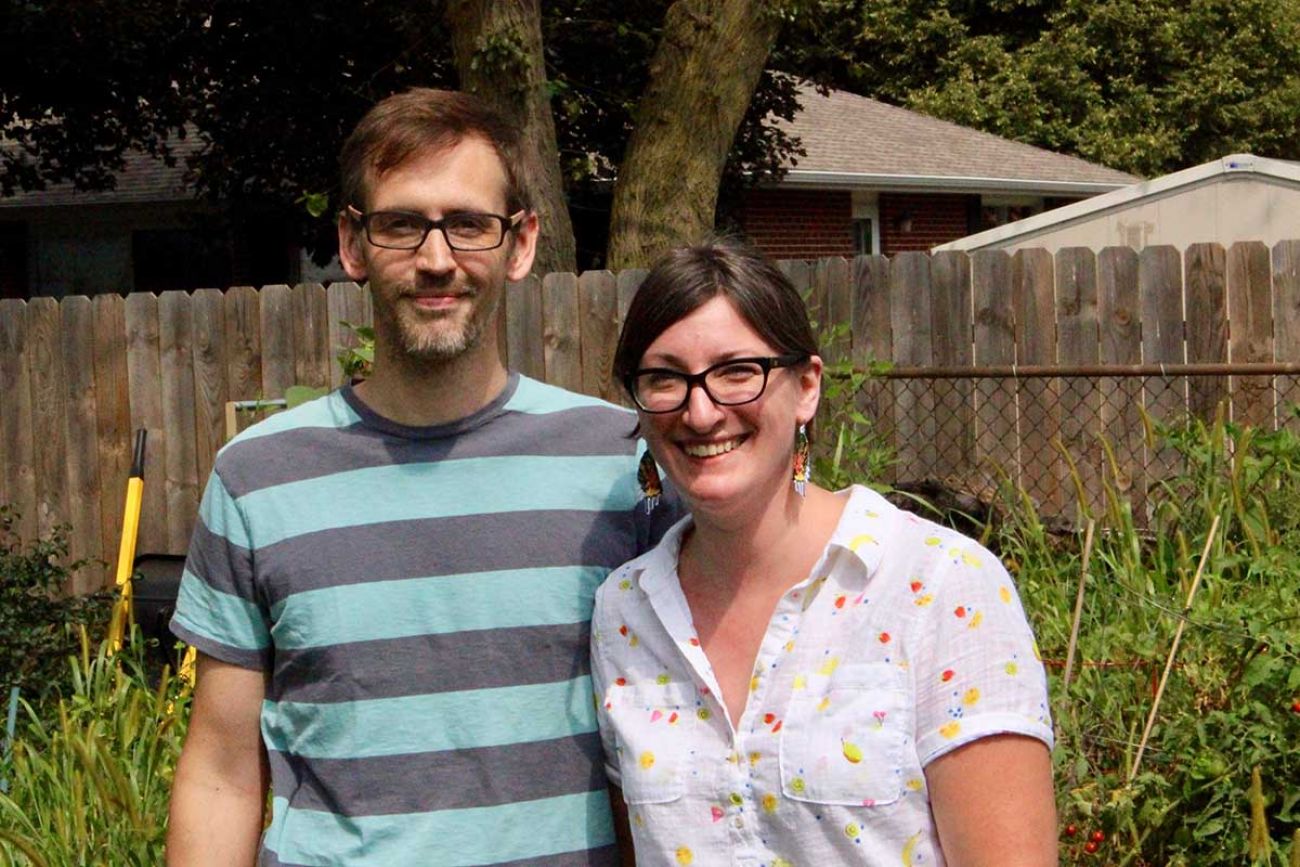 Dustin grew up in Parchment, drinking its water, so the contamination revelation has prompted his family to ponder whether PFAS caused any health problems.

“I've just been applying that question to all of the people that I've known Parchment,” he said.

Still-evolving research has linked PFAS compounds to developmental and behavioral problems for infants and children, thyroid disorders and even certain cancers.

And what about the garden? Amber, who grew up in Metro Detroit, worked on it for years, inspired by her parents. They each had farm ties and would serve copious amount of fruit and vegetables, some from a home garden that would eventually transform their yard.

“Out of an abundance of caution and concern, our recommendation is that anyone who has irrigated their gardens with city water — that those fruits and vegetables not be consumed,” Brad Deacon, director of legal affairs and emergency management coordinator for the Michigan Department of Agriculture and Rural Development, told residents during a town hall meeting last month, acknowledging that the state was still learning more about the issue. “Especially if they’ve been canned. That is of even greater concern.”

The couple immediately stopped tending the garden. They stopped eating what they had picked. They also made painful calls to friends and relatives who had accepted the canned produce the couple had sent as gifts.

“I honestly can hardly talk about it,” Amber said of the phone calls. “It was really, truly awful.”

She hasn’t had the heart to toss the hundreds of items she’s canned over the years. Before she does that, she wants more information — including studies — detailing the risks of gardening with PFAS-laden water. And she wants to know whether the contamination has permanently tainted her soil.

State and local officials have yet to offer those details, she said.

The Michigan Department of Health and Human Services referred a Bridge Magazine reporter to the Department of Agriculture and Rural Development. That agency referred Bridge to a Department of Environmental Quality spokesman who said he had nothing to add to what state officials have relayed at public meetings and published online.

A state web page describes what’s thought to be a “low” risk from occasionally eating produce grown in soils exposed to PFAS but said more research is needed.

And since the chemicals can accumulate in the body and people face exposure from many sources, the state recommends avoiding such vegetables or any other known PFAS source.

When it comes to canning, the state uses stronger language. “Only safe drinking water should be used for canning vegetables or fruits,” the web page says. Water not meeting state standards “should not be used for preparing, cooking, or preserving food.”

What other states say

Outside of Michigan, states grappling with PFAS have offered mixed messages to worried growers.

In Rhode Island: “Gardens watered with PFAS‐contaminated water will have higher levels of PFAS in the soil, however, PFAS does not stick to soil very well. The more clean water you add to your garden, the lower the soil PFAS will be,” a state department of health fact sheet advises.

In Alaska: “Some studies have shown that vegetables grown in soil with high levels of PFAS may absorb the chemicals. But this could depend on a lot of different factors,” the state Department of Health and Social Services said in after the discovery of PFAS compounds at Fairbanks International Airport.

Minnesota has probed PFAS contamination for more than a decade. Experts at the state’s Department of Health published their own studies on how the chemicals affect homes and gardens in the Twin Cities. 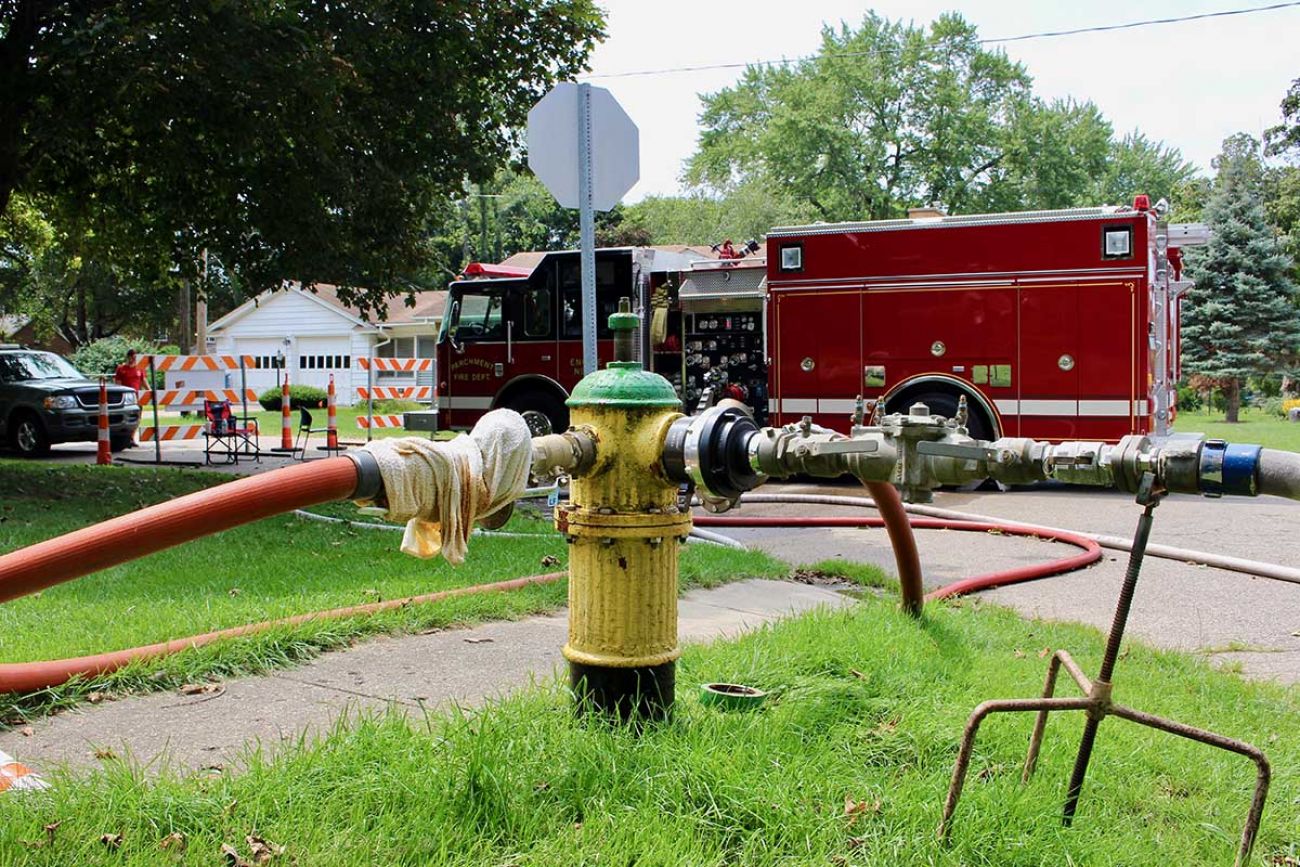 Deanna Scher, an epidemiologist with the agency and author of some of the research, said PFAS compounds can linger in the soil for years, if not decades.  Fruits and vegetables in the gardens her team studied absorb some PFAS chemicals but did so at varying rates. (The PFAS group comprises thousands of different chemicals.)

The produce she studied absorbed significantly more “short-chain” PFAS, but experts are less concerned about those chemicals because they don’t accumulate in people’s bodies like their longer-chain cousins.

Considering all the pathways for PFAS to enter the body, Minnesota regulators say the benefits of eating home-grown produce in the Twin Cities “greatly outweigh” the potential risks from PFAS.

The Minnesota findings may not completely answer questions in Michigan communities, Scher said, but they are in line with other emerging research.

Because PFAS is so prevalent in the environment, Scher’s team struggled to find any soil completely devoid of the chemicals while doing quality control for the analysis.

“Due to their ubiquity in the environment worldwide, PFAS are found — at least in trace levels — in nearly all surface soils," she said.

She’s never considered leaving Parchment. This is the only issue that could change that.

“It’s a massive part of our lifestyle,” she said. “If I can’t ever plant in my yard again or eat the produce here, that would be a massive concern.”