LANSING – Michigan Republican Party delegates are getting ready to rumble at a Saturday convention, where they’ll endorse nominees in attorney general and secretary of state races that could define the party this fall and beyond.

The convention is “going to be a battle,” state GOP co-chair Meshawn Maddock told Bridge Michigan in a recent interview. “It’s going to be a difficult day, and I can’t wait until it’s over. I hate the fighting amongst ourselves.”

Former President Donald Trump looms large over the GOP convention in Grand Rapids. He’s backing candidates active in his ongoing fight to undermine or overturn his 2020 re-election loss: Matthew DePerno for attorney general and Kristina Karamo for secretary of state.

DePerno is a "conservative warrior and will never let you down," Trump said Wednesday night in a telephone town hall with GOP delegates.

“This choice is not just about 2022,” Trump continued. “This is about ensuring the state of Michigan cannot be stolen from Republicans in 2024, or ever again.”

Trump and DePerno’s unsubstantiated claims about the 2020 election have fueled GOP skepticism over machines that will be used to tally delegate votes at the convention, prompting the Michigan Republican Party to create a new system of hand recounts to confirm results in the increasingly combative races.

DePerno is locked in a bitter fight with former Michigan House Speaker Tom Leonard, who was the party’s nominee for attorney general in 2018. Leonard is seeking a rematch with Democratic incumbent Dana Nessel, who narrowly defeated him last time around.  State Rep. Ryan Berman is also competing.

Leonard has demanded DePerno disclose what happened to nearly $400,000 he raised for an “Election Fraud Defense Fund” in 2020. He also criticized DePerno after Bridge Michigan reporting revealed he was fired from his former law firm amid claims of “fraud, deceit and dishonesty,” which DePerno denied.

DePerno, now facing an Attorney Grievance Commission investigation related to his 2020 election lawsuit, hired Leonard’s law firm to defend him and recently accused his competitor of using privileged information against him in the campaign. Leonard has called the claim “pathetic.”

Seeking to maintain his grip on the party, Trump has gone all-in for DePerno. He’s hosted a fundraiser at his Mar-A-Lago resort in Florida, bashed Leonard in a “violent” letter to Michigan GOP delegates and stumped for DePerno at a Macomb County rally this month. 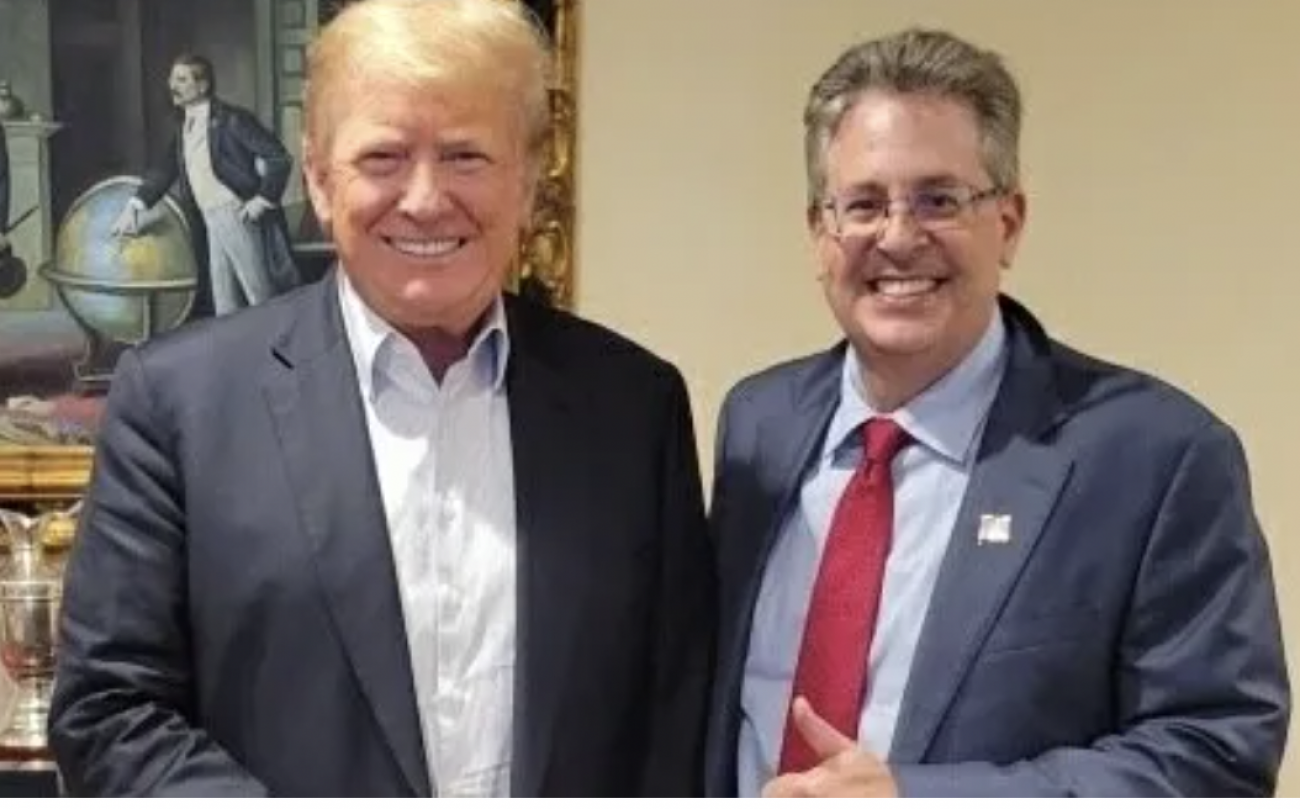 Trump also recorded a video message for DePerno and Karamo slated to air during a Friday night “MI MAGA Party” in Grand Rapids, the night before the convention vote.

“We love them both. They’re very special people,” Trump said.

Karamo is competing for the GOP endorsement against state Rep. Beau LaFave and Chesterfield Township Clerk Cindy Berry. The nominee will face incumbent Secretary of State Jocelyn Benson, a Democrat. 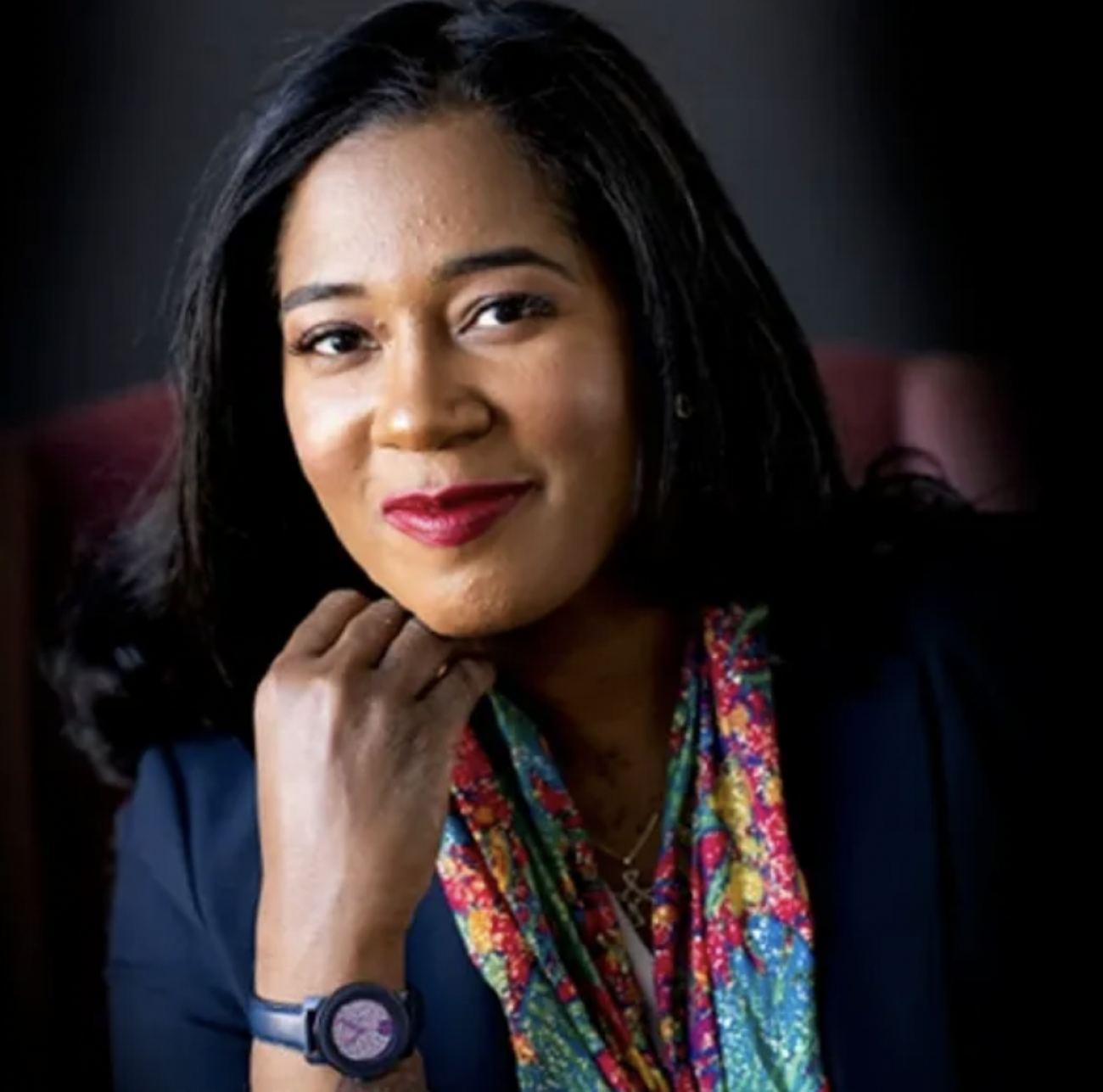 The weekend convention is a “definitive moment” for the Michigan GOP “because it will tell us whether the newest wave of energy provided by Donald Trump and the MAGA candidates is now officially the establishment,” said John Sellek, founder of Harbor Strategic Public Affairs.

“We know, unofficially, it appears to be the establishment already. But do they finally have the power to get over the top?”

The endorsement convention is also a first for the Michigan Republican Party, which is following the Michigan Democratic Party’s lead by beginning to anoint candidates months before official nominating conventions in August.

The convention will also endorse candidates for the Michigan Supreme Court and education boards. The event is a “huge deal” because it allows endorsed candidates to begin campaigning — and fundraising — as if they were official nominees, Sellek said.

Michigan GOP officials probably did not anticipate “the sheer amount of infighting” in the party, and the convention could allow them to stop the "bloodletting” before fall elections, Sellek said.

“If you make these choices now and allow some recovery time, maybe the GOP will be in a better place to take advantage of what looks like a pretty big Biden-caused wave” benefitting Republicans, Sellek said.

Gus Portela, a spokesperson for the Michigan Republican Party, told Bridge that all candidates who signed on to compete in the convention “agreed to abide and accept the results.”

Bridge asked each of the attorney general candidates if they will concede if they lose Saturday’s election. DePerno and Berman did not respond. Leonard’s campaign said he is a “man of his word” and “will absolutely accept the results.”

Party rules are designed to ensure this weekend’s winners become the official nominees. But delegates could still vote to change those rules at the August convention, said GOP strategist Dennis Lennox.

“It's entirely plausible that one or two candidates endorsed this weekend will not find themselves on the ticket coming out of the post-primary state convention, depending upon whom the gubernatorial nominee and lieutenant governor nominees are,” Lennox told Bridge Michigan.

Michigan voters will decide the Republican gubernatorial nominee in the Aug. 2 primary election, picking from a 10-candidate field.

Maddock, the co-chair of the Michigan GOP and a Trump confidant, upended convention orthodoxy last month when she personally endorsed DePerno and Karamo.

The Michigan Republican Party does not back candidates in contested convention races, and top officials usually do not do so either to avoid the appearance of favoritism in a convention election they will oversee.

Maddock has dismissed criticism of her endorsements, noting that GOP Co-Chair Ron Weiser, who is a University of Michigan regent, also endorsed a candidate for the U-M Board. And Republican National Committeewoman Ronna McDaniel “flew in and whipped votes” for a party chair race in 2019, she said.

“I have no idea why I’m drawing any more attention than any of those people,” Maddock told Bridge Michigan before Trump’s recent rally in Macomb County.

“No matter who comes out of the convention, I’m to work so hard for all of those candidates,” Maddock continued. “I’m looking forward to moving on with a slate of great candidates so we can fight the real enemy, which is (Gov.) Gretchen Whitmer, Dana Nessel and Jocelyn Benson.”

McDaniel, who ran the state party before Trump tapped her to lead the RNC in 2017, said she expects Michigan Republicans will unify around whoever emerges from Saturday’s convention.

"Republicans recognize that yes, we want to win the nomination. But most important is defeating the Democrat policies that have caused rising inflation, rising gas prices, causing people to flee Michigan — a state that I love, that I still live in,” McDaniel said Tuesday at an event in Utica.

Trump’s ongoing quest to overturn the 2020 election remains a focal point of Michigan Republican Party politics despite a GOP-led state Senate Oversight Investigation that found no evidence of systemic fraud in the contest.

Beyond voter fraud, Republicans have questioned the fairness of election administration grants from a non-profit funded by Facebook CEO Mark Zuckerberg. They’ve also questioned Benson’s authority to mail absentee ballot applications to all voters, a decision upheld by the Michigan Court of Appeals.

While DePerno is the most vocal critic of the 2020 election, all three attorney general candidates say they support a “forensic audit” of the contest.

Berman, however, has criticized DePerno’s continued suggestion that voting machines were rigged against Trump, a claim that is central to the Antrim County lawsuit dismissed by one judge but still active in the court of appeals.

DePerno’s claims about the 2020 election prompted the GOP-led Senate Oversight Committee to ask Nessel, the Democratic attorney general, to investigate “those who have been utilizing misleading and false information about Antrim County to raise money or publicity for their own ends.”

Nessel, who has said she will appoint a special prosecutor in the event state police and her office decide to press charges against DePerno, said Wednesday that the investigation is “ongoing.”

Ongoing attempts to overturn the 2020 election underscore how important attorney general and secretary of state races are, Nessel told reporters ahead of the GOP convention designed to decide her general election opponent.

“We came very, very close to losing democracy in 2020,” Nessel said, predicting that if Trump’s preferred candidates win, they would do his bidding, even if that means making him president again despite an Electoral College loss.

“I know it sounds very dramatic,” Nessel said, “but it's also very true.”