LANSING —A months-long Republican investigation into Michigan’s 2020 election uncovered no evidence of widespread fraud and concluded Wednesday with a recommendation the attorney general investigate those who made false claims for "personal gain."

The 35-page report prepared by Sen. Ed McBroom, R-Vulcan, dives deep to debunk conspiracy theories perpetuated by former President Donald Trump and some of his supporters in the wake of the Michigan election, which Democratic President Joe Biden won by 154,188 votes.

While the Senate Oversight Committee investigation revealed some “glaring issues” and vulnerabilities the Legislature should fix, “there is no evidence presented at this time to prove either significant acts of fraud or that an organized, wide-scale effort to commit fraudulent activity was perpetrated in order to subvert the will of Michigan voters,” McBroom wrote.

"Our clear finding is that citizens should be confident the results represent the true results of the ballots cast by the people of Michigan," the report concluded. “The committee strongly recommends citizens use a critical eye and ear toward those who have pushed demonstrably false theories for their own personal gain.” 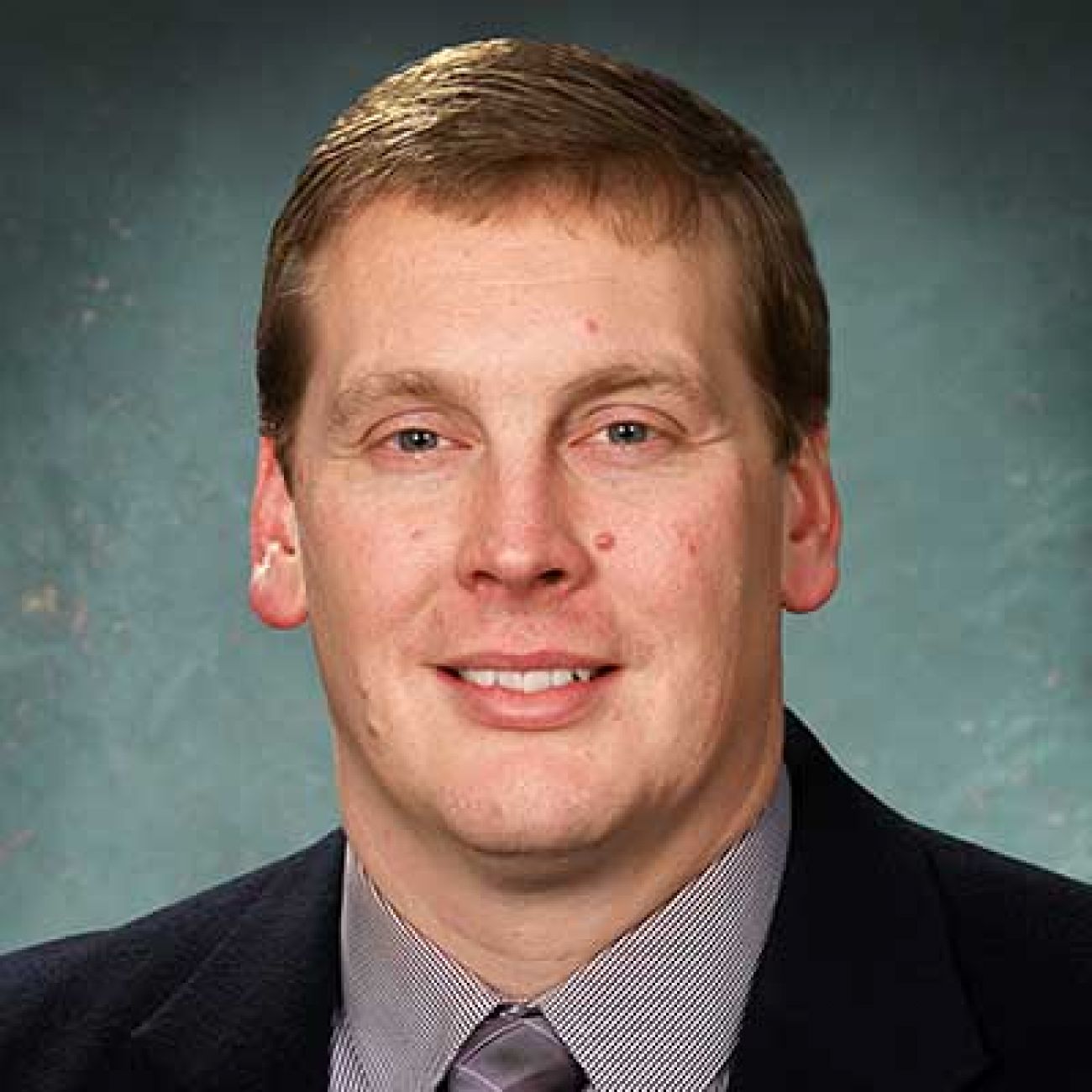 Sen. Ed McBroom, R-Vulcan, said those who spread misinformation about the 2020 election for personal gain should be investigated. "The claims have become so ludicrous when compared to the actual facts,” he said.

The report, which was released Wednesday, concludes there is no proof of dead voters or “fractional voting,” no evidence of a fraudulent “ballot dump” in Detroit and no proof any Michigan precincts had more than 100 percent voter turnout.  (The report follows Bridge Michigan articles that debunked many of the same allegations months ago.)

The report also repudiates arguments GOP activists have used in calling for a “forensic audit” of the Michigan election, including claims that Dominion voting machines were connected to the internet or “manipulated” in rural Antrim County, where human error by the Republican clerk led to initially skewed results that have fueled false claims of a global conspiracy.

Those claims have persisted in areas like Cheboygan County, a Trump stronghold in northern Michigan where GOP commissioners on Tuesday requested state permission to launch an independent audit and investigate whether “any unauthorized computer actually manipulated the actual presidential election vote tally.”

McBroom and his colleagues launched their investigation on Nov. 7, four days after the presidential election. The oversight committee took more than 28 hours of testimony from nearly 90 individuals over the course of nine committee hearings in the following months.

The GOP-led panel also reviewed thousands of pages of subpoenaed documents from government entities, utilized "hundreds of hours of Senate staff investigation" time and conducted "countless reviews" of claims and concerns from Michigan residents, according to the report.

The investigation, however, uncovered gaps in Michigan law that could make the state susceptible to illegal activity, according to the committee report, which was released as Senate Republicans begin to advance an election reform package that critics have decried as attempted “voter suppression.”

The report does not explicitly recommend the most controversial reform proposal: a strict voter ID measure that Senate Republicans approved last week.

“Citizens should demand reasonable updates and reforms to close real vulnerabilities and unlawful activities that caused much of the doubt and questionability to flourish and could, if unchecked, be responsible for serious and disastrous fraud or confusion in the future,” the report concluded.

McBroom, who has personally investigated increasingly far-fetched conspiracy claims about the 2020 election, told Bridge Michigan he hopes the new committee report “answers a lot of questions” from voters who may not have had time to research the allegations themselves.

Claims that election workers or outside entities “manipulated” votes in Antrim County are “indefensible,” according to the report, which confirmed the local reporting error was a human mistake later fixed and verified by a hand recount.

“The committee is appalled at what can only be deduced as a willful ignorance or avoidance of this proof perpetuated by some leading such speculation,” McBroom wrote.

The oversight report urges Democratic Attorney General Dana Nessel to investigate “those who have been utilizing misleading and false information about Antrim County to raise money or publicity for their own ends.”

DePerno, who filed an Antrim County lawsuit rejected last month by a Republican-appointed judge, has raised more than $321,000 for an “election fraud defense fund,” according to a tally on his crowdfunding page.

The Portage-based attorney has been promoted as an election expert in conspiracy videos produced by Trump ally Mike Lindell, and he has repeated unsubstantiated claims of election fraud on conservative radio and online programs, including the “War Room” with former Trump strategist Steve Bannon.

But “the committee closely followed Mr. DePerno’s efforts and can confidently conclude they are demonstrably false and based on misleading information and illogical conclusions,” the McBroom report stated.

Colbeck, a Republican former state Senator from Canton Township, recently said online he has raised more than $21,000 for a “legal defense fund” he launched after Dominion Voting Systems threatened to sue him for a “disinformation campaign” he has taken across the state.

There is "good reason" to conclude conspiracy theorists are "purposely defrauding people" of their money, and that would be a crime, McBroom told Bridge Michigan in a phone interview.

"The claims have become so ludicrous when compared to the actual facts,” McBroom told Bridge Michigan. “And yet people persist, such as Mr. DePerno."

The attorney general should investigate whether individuals who spread false simply made "good faith errors" or if "there was criminality," McBroom added.

There is "good reason" to conclude some people are "purposely defrauding people" of their money, and that would be “a crime,” he said.

DePerno did not immediately respond to a Bridge Michigan voicemail seeking comment, while Colbeck told Bridge he would release a “through analysis” of McBroom’s report in coming days.

Nessel spokesperson Lynsey Mukomel said the attorney general's office "will review the report in its entirety in order to determine if a criminal investigation is appropriate."

DePerno, Colbeck and other die-hard Trump supporters last week ramped up their calls for a “forensic audit” of the 2020 Michigan election, rallying at the state Capitol and delivering signed statements from voters requesting another review of results certified months ago.

Leaders in the Republican-led Legislature have not acted on those calls but are monitoring an ongoing audit in Arizona’s Maricopa County, which Trump supporters hope will prove fraud but critics have decried as a partisan operation led by a firm whose founder has spread pro-Trump conspiracies.

State Rep. Steve Carra, a Three Rivers Republican running for Congress, on Tuesday introduced legislation proposing to create a bipartisan “audit board” that would hire an outside firm to review ballots, voting machines and poll books.

Carra’s plan would target Detroit, the state’s largest city and a Democratic stronghold that has been the subject of Trump’s ire. It would require audits in 20 percent of Detroit precincts and 10 percent of precincts in all 83 counties.

“A thorough, bipartisan review will help us identify what works, what doesn’t, and how to make our elections secure and accessible for every Michigan voter,” Carra said in a statement.

McBroom told Bridge he is listening to the activists’ calls for an independent audit but said he thinks the push has been driven by “fears or misunderstandings of what happened in Antrim County” that his committee report debunks.

“If you're basing your drive for an audit off of Antrim County, then right away you can already say there's no point,” McBroom said.

However, the oversight report does urge the Legislature to clarify how citizens can request an audit, a right guaranteed under a state constitutional amendment approved by voters in 2018.

And there are other “genuine problems” with Michigan election law that policy makers should fix, even if there is no evidence those “problems created a bad vote,” McBroom told Bridge.

While there was no “nefarious intent” behind Democratic Secretary of State Jocelyn’s Benson to mail unsolicited absentee ballot applications to Michigan voters, the report concluded there was “significant communications between (Benson’s office) and Rock the Vote, a group which tends to target young persons and those with more left of center political leanings.”

There is no evidence absentee ballot applications were forged to cast illegal votes, but that type of fraud would not be detected if the actual voter did not try to cast a ballot themselves, so Benson should not mail out unsolicited applications in future elections, the report said.

The oversight committee also recommended new training requirements for poll watchers and poll challengers, citing “confusion, fear, misunderstanding, and even chaos” at the TCF Center in Detroit last year as election workers continued to count absentee ballots a day after the election.

“The Wayne County Republican Party and other, independent organizations, ought to issue a repudiation of the actions that created a panic and had untrained and unnumbered persons descend on the TCF Center,” the report concluded.

“Both clerks and the parties need to take seriously their responsibilities of having properly trained and adequate personnel in place and the training ought to be uniform.”

Other Republicans on the Senate Oversight Committee, Sens. Lana Theis of Brighton and John Bizon of Battle Creek, joined McBroom in a vote to officially adopt the report Wednesday morning.

Sen. Jeff Irwin, D-Ann Arbor, called the report a "strong rebuke of the 'big lie,'" but he voted against adopting it, saying he disagreed with some parts. He didn't elaborate.

Speaking to reporters Wednesday, Democratic Gov. Gretchen Whitmer said she was not surprised the Republican-led panel found no evidence of systemic fraud in the 2020 election but said their intent to pursue reforms is “mind boggling."