Michigan’s political districts have been called by federal judges as one of the most politically gerrymandered in the nation. A citizens’ panel created by voters in 2018 aims is taking charge of the process this year.(Shutterstock)
April 7, 2021
Sergio Martínez-Beltrán
Michigan Government
Michigan redistricting

LANSING — The citizens group that for the first time is drawing Michigan’s political districts will take a big step Thursday when it interviews an attorney to help guide the process.

The Michigan Independent Citizens Redistricting Commission is expected to interview Bruce Adelson of Maryland-based Federal Compliance Consulting LLC to help ensure the panel adheres to voting rights laws as it draws districts for congressional and state legislative seats this year. 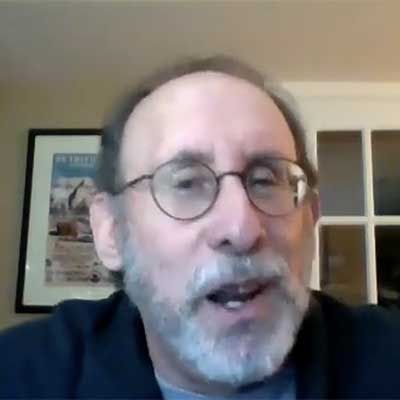 Bruce Adelson said he donated money to Michigan Secretary of State Jocelyn Benson’s campaign in 2018 because he’s known her for years. (Screenshot)

Adelson was a top adviser for a similar process in Arizona that was ultimately decided by the U.S. Supreme Court. He is the only one of seven candidates to be offered an interview by the 13-member group that was created by voters in 2018.

Douglas Clark, a Republican on the commission, said last week that Adelson appears to be “nonpartisan” and “middle of the road.”

“The main focus of his work is in redistricting and redistricting types of matters,” Clark said. “And I think over time he has probably developed really good expertise on that, and I think he’s very well qualified to help us in that area.”

The citizens panel is charged with redrawing districts that federal judges called a “political gerrymander of historic proportions.” Before voters created the citizens panel, the party in power in Lansing drew the lines after the decennial census, and that has been Republicans for 20 years in Michigan.

The lines were so tilted toward the GOP that, for several elections, they were able to maintain control of the Legislature despite receiving fewer overall votes than Democratic candidates.

Despite high hopes among many, the citizens’ panel already faces challenges, including a delay in U.S. Census population data that could jeopardize its ability to redraw districts by September, as is required.

The commission plans to ask the Michigan Supreme Court to extend the deadline to 72 days after receipt of Census data on Sept. 30.

The panel already has hired an executive director, former  Lenawee Community Foundation President Sue Hammersmith. The voting rights lawyer position will help ensure the process meets a host of legal requirements, including drawing districts that give minority communities an equal opportunity to participate in the process.

Adelson is a faculty member at Georgetown University and the University of Pittsburgh and a former U.S. Department of Justice senior trial attorney in President George W. Bush’s administration.

He also served as the voting rights expert for the Arizona Independent Redistricting Commission from 2011 to 2016.

After the Arizona Independent Commission redraw maps in 2012, it was sued by Republican voters who claimed the panel violated the constitution by having slightly lower populations in Democratic-leaning districts and a slightly higher number of people in Republican-leaning districts, leading to a statewide advantage for Democrats.

Adelson had advised the commission that slight population deviations among voting districts did not violate the Voting Rights Act.

The U.S. Supreme Court unanimously sided with the commission, affirming a lower court’s decision that the “deviations were primarily a result of good-faith efforts to comply with the Voting Rights Act . . . even though partisanship played some role.”

Adelson, who has written 14 books including one on integrating minor league baseball, contends his approach is different from other redistricting consultants. He cited his approach when dealing with community outreach and engagement.

In Arizona, he advised the state’s redistricting commission on where to hold redistricting meetings around the state. He was also behind a push to provide translation and interpreter access for hearings in communities with limited English proficiency.

Although based in Maryland, Adelson has practiced law in Michigan and consulted with local governments in the state. According to his documents filed with the commission, he “advised” towns in Allegan County on issues relating to the Voting Rights Act and offered free legal advice to state elections officials.

Adelson’s proposal to the independent commission seeks $425 an hour plus travel expenses.

During Thursday’s interview, he’s expected to be asked about his objectivity and accessibility to the public.

Besides Adelson, there was another attorney that was strongly considered but didn’t move forward.

Bryan Sells, an attorney based in Georgia, also submitted a proposal. But, a subcommittee of the commission raised concerns over his previous work as special litigation counsel in the Voting Section of the Civil Rights Division of the U.S. Department of Justice under President Barack Obama’s administration.

Clark, the Republican commissioner, said he isn’t sure Sells is truly nonpartisan.

He cited Sells’ involvement in a 2018 lawsuit in Georgia, in which Sells represented one of several voters challenging the right of then-Georgia Secretary of State Brian Kemp to oversee election results in the governor’s race, for which Kemp also was a candidate. (Kemp ended up resigning from the SOS office.)

Clark added that Sells seemed to be “very, very oriented toward minorities and toward liberal concepts, from what I’ve seen.”

Sells told Bridge Michigan that is an unfortunate characterization.

“It’s ironic that he thinks I’m too liberal when I have previously represented Sarah Huckabee Sanders in a voting case and I regularly represent conservative parties and candidates, as well as liberal ones,” Sells said.

Commissioner Anthony Eid, an independent, told Bridge Michigan Wednesday the board needs to be careful during the selection process, ensuring that the person hired can serve as a nonpartisan counsel.

“We have to make sure that whoever we do hire for this position does the job in a fair, independent, nonpartisan and transparent way,” Eid said. “We know the general public is watching us, as they should be.”