The first-term Democrat also clarified that wearing a mask will not be required — but is encouraged — inside polling places during August and November elections.

Whitmer's new executive order builds on the version she issued July 10, which requires residents to wear masks in crowded places and directs businesses to deny service to those who don't.

​Failure to comply is a misdemeanor crime punishable by a fine of up to $500, but some sheriffs have said they will not ticket offenders.

And some owners have refused to stop customers from entering their stores without face coverings, arguing they do not have the legal authority to ask residents about medical conditions that could exempt them from the mask mandate.

"Therefore, if we see you without a mask, we will assume you have a medical condition and will welcome you inside to support our business," said a sign conservative activists were asking businesses to hang on their doors this week.

Legal experts disagreed with that interpretation. Whitmer's new order makes clear that businesses cannot "assume that someone who enters" without a face mask is exempt from the order. Businesses may, however, accept a customer's verbal statement that they are exempt because of a medical condition.

“Wearing a mask is the right thing to do to protect our families, our businesses, and our economy,” Whitmer said in a statement.

“If everyone in Michigan masks up, we can save thousands of lives and put ourselves in a better position to send our kids back to school in the fall. For the safety of our loved ones and our dedicated first responders on the front lines: mask up, Michigan.”

The new order clarifies a legal question, but it is “concerning, because it puts retailers into even a stronger enforcement role, which we've said we're concerned about all along," said Meegan Holland of the Michigan Retailers Association.

However, some store owners "may appreciate this in the sense they can say to customers, 'Hey look, we're just complying with the order and we have to ask you or remind you to wear a mask,'" Holland added.

"I think you'll see more and more stores just ready to hand out masks to people who come in without one, making it a friendly offer rather than a confrontational thing."

Businesses can enforce the mask policy without violating the Americans with Disabilities Act, the Michigan Department of Civil Rights said Friday.

Stores can do so by offering carryout service or other shopping alternatives to customers who cannot wear a mask because of a disability, the department said, or by discussing other "reasonable accommodations" that could be made, such as allowing a customer to wear a face shield instead.

“We must ensure that people with disabilities are able to access the same goods and services that we all enjoy," Mary Engelman, interim director of the Michigan Department of Civil Rights, said in a statement.

Dozens of states, led by Democratic and Republican governors, have implemented mask mandates as COVID-19 case counts rise across the country. Michigan cases have ticked up but remain well below the state's late-April peak.

Tensions over the order erupted in violence in the Lansing area on Tuesday, when a dispute over masks led to a stabbing and eventual police shooting.

State Rep. John Reilly, R-Oakland Township, announced Friday that he is working on legislation that would prohibit local governments from issuing their own mask mandates.

Whitmer's order is "a massive infringement on individual liberty," he said in a statement.

But Michigan's statewide order is consistent with recommendations prepared for the White House Coronavirus Task Force, according to a leaked report published Thursday by the Center for Public Integrity.

Michigan should "continue the state masking requirement" and "intensify public messaging of its importance given national trends," said the report, which urged 18 states  — but not Michigan — to adopt more stringent measures to slow the virus.

And she said that public safety officers, including police and fire, do not have to wear masks if they interfere with their official duties. 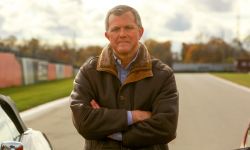