Can at-home COVID tests be trusted with omicron? There are limits.

The FDA has warned that some antigen tests are not as sensitive in picking up the new omicron variant as previous coronavirus versions. (Shutterstock)
January 4, 2022
Robin Erb
Michigan Health Watch
Coronavirus Michigan

Michigan Health Watch
Can at-home COVID tests be trusted with omicron? There are limits.

Early research indicates rapid antigen COVID tests — the at-home tests relied upon by millions of Michiganders — aren’t as sensitive to detecting the omicron variant as they were to previous versions of COVID-19.

While these tests are still considered useful, it’s a problem that could give some students and workers a false sense of security as they return to classrooms and offices following the holiday break, said Nick Decker, director of laboratory services at Memorial Healthcare in Owosso. 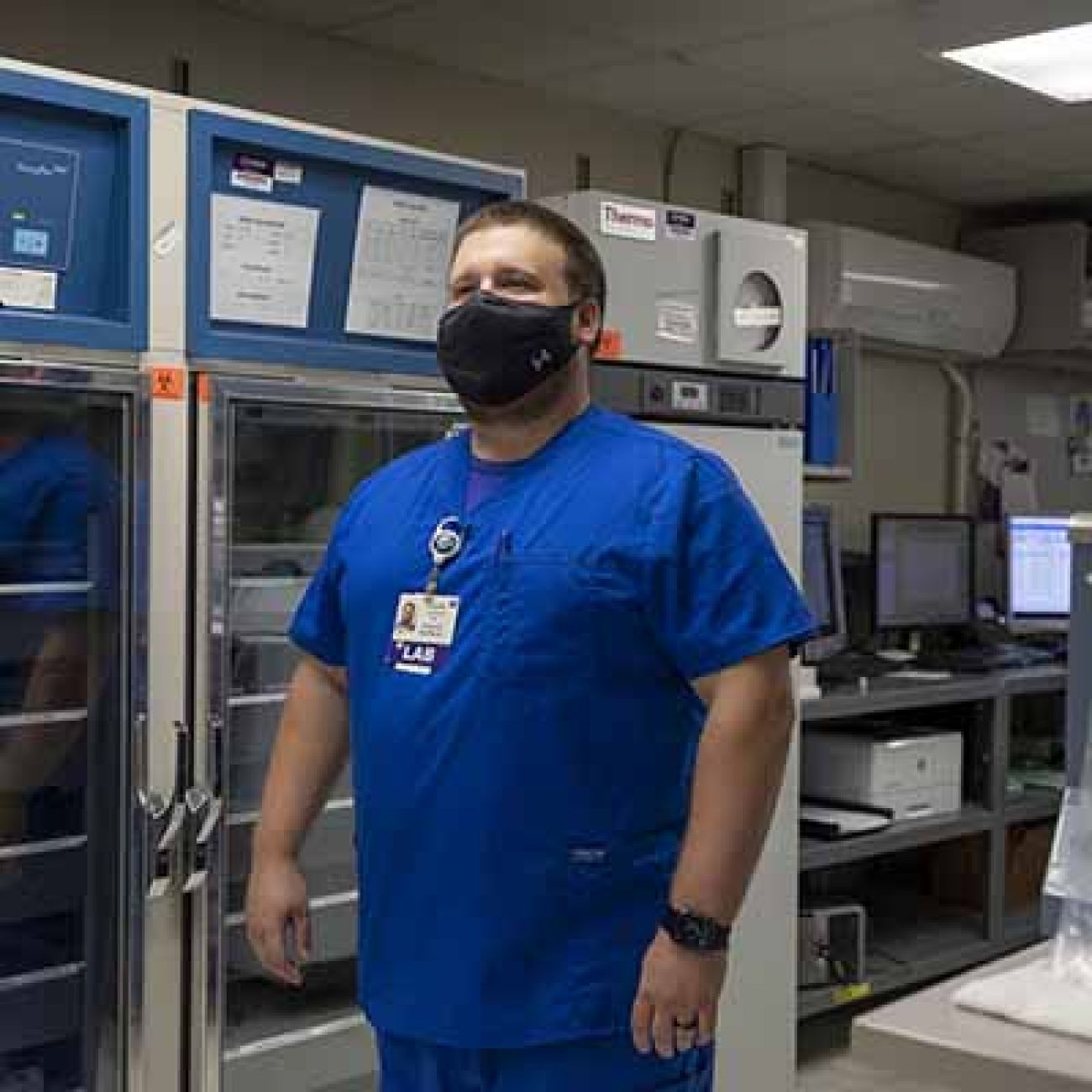 With more people getting tested for COVID and more riding on the outcome, even a small uptick in false negative test results can create big public health problems, he said.

“If we're running a million tests a day,” he said, false results may be “a big number.”

It’s tough to know how many antigen tests are given each day in the state. While they are given in hospitals and clinics, they are also sold at drug stores and markets for people swabbing at home, with most results never reported to the state.

In the middle of the holidays last week, many may have missed the announcement by the U.S. Food and Drug Administration that omicron is evading detection in some antigen tests more often than earlier COVID virus variations.

It’s just one more frustration for Michiganders trying to make decisions as COVID case rates rocket ride to unprecedented levels in Michigan, businesses struggle to maintain staff, and schools scramble to make sense of what seem like ever-changing guidelines.

In Ann Arbor, real-estate agent Angie Smith’s family took a series of more than 20 tests in December, with two of them getting a baffling mix of positive and negative results.

“It seems extreme, but we were trying to figure out if we could gather safely,” Smith, 48, said.

Ultimately, it appeared that Smith’s 22-year-old daughter did, in fact, have COVID, and she had already isolated in a bedroom for days. But by the time the final test came back positive, she was already beyond 10 days of her first symptoms appearing, Smith said.

While rising false-negatives are drawing much of the concern, rapid antigen tests may be spitting out false positives, too — a result of user error or, in rare cases, even the common cold caused by a seasonal, less dangerous coronavirus, some lab leaders told Bridge Michigan.

Still, he said, some antigen tests may “cross react with other coronaviruses  or any other viruses for that matter,” he said.

A false positive can take students out of class and workers off production lines or out of restaurant kitchens and offices when they’re actually healthy.

Just a few weeks ago, about 10 to 30 staff a day tested positive for COVID at the Grand Rapids-based, 14-hospital Spectrum Health. This week, there are “60 to 90 a day,” said Chad Tuttle, senior vice president of Spectrum Health West Michigan, which represents 11 of the hospitals.

Last week, 615 workers were essentially off work after testing positive, among a workforce of approximately 31,000.

While it underscores the need for reliable testing results, it also exposes reliability issues in the testing, Tuttle said. The health system requires any positive at-home test to be verified by the more reliable lab-based PCR test, he said.

“We have had several team members who have had a positive at-home test that's turned into a negative PCR test,” he said.

At Sparrow Laboratories in Lansing, administrative director Jon Baker said his staff has heard the same story from the public — at least anecdotally: “They’ll say ‘you know I got this positive test, and then I got a negative PCR test.’”

Certainly, COVID-19 tests have never been perfect, and antigen tests are a cheaper, faster but less reliable test than the gold-stand, PCR test. And there has long been a problem with people testing too early or “panic testing” after an exposure, which leads to false negatives.

A PCR test is more sensitive than antigen tests, but also more expensive — $100 or more each, said Memorial’s Decker. That’s compared to $25 or less for a pack of two at-home antigen tests.

PCR tests are nearly always administered by medical professionals and read in a lab. And when labs receive a heavy crush of tests to evaluate, results of a PCR test may not be available for days.

Meanwhile, millions of free at-home tests are expected to head to Michigan next month under a federal effort announced just before Christmas to limit the omicron-fueled wildfire spread of COVID.

The Michigan distribution will be among 500 million tests that will be passed out free of charge nationwide.

And make no mistake, they can be crucial in limiting COVID’s spread, said Tibbetts at Henry Ford: “If you're symptomatic and your antigen is positive, then it's a pretty good likelihood that it's true positive.” 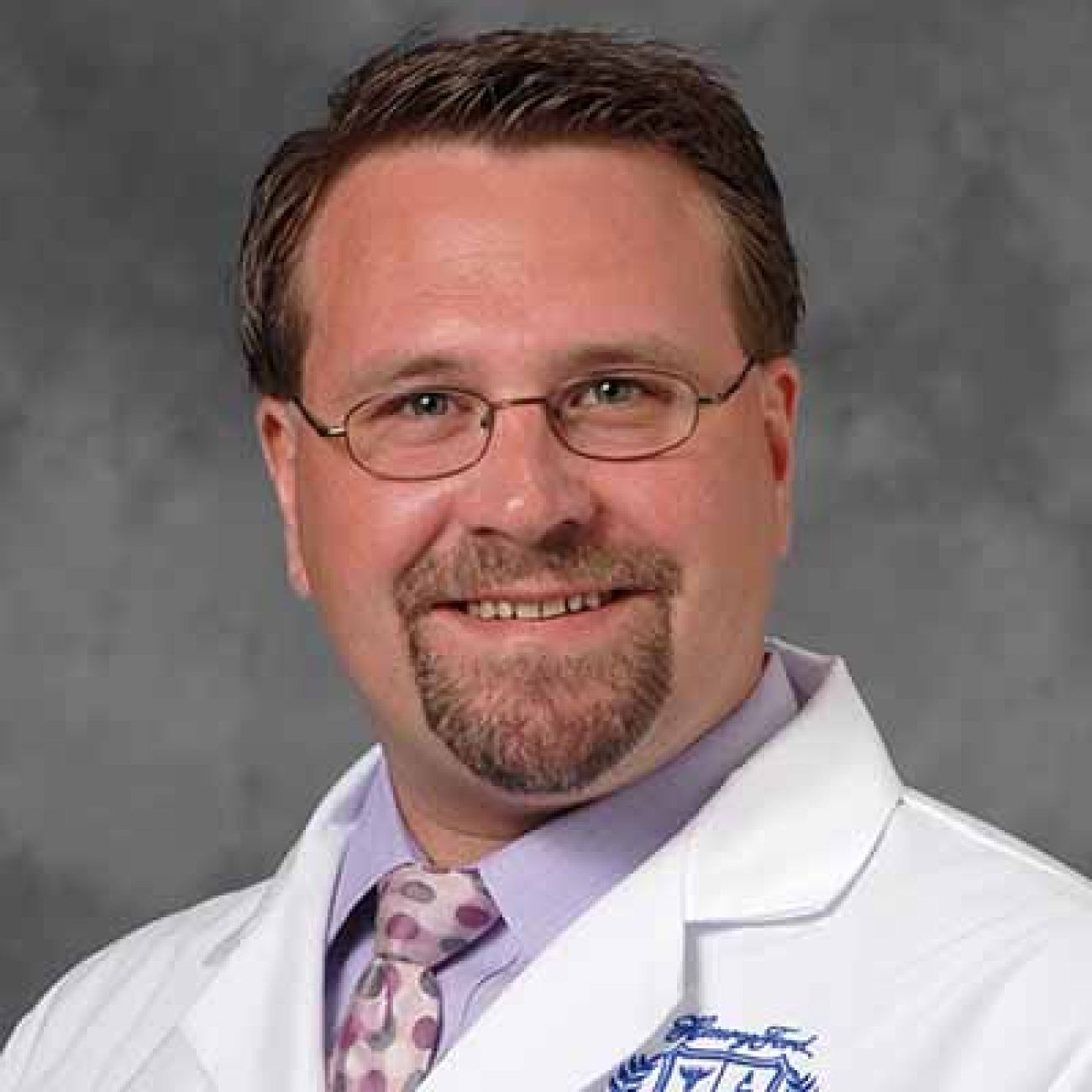 Antigen testing may not be perfect, but it still has a role in understanding COVID’s spread, said Robert Tibbetts, associate director of the Henry Ford Health System microbiology lab. (Courtesy photo)

For his part, Scott Spielman faced the uncertainty of the negative result.

His cough developed just after Christmas — a hack so severe that it sent his terrier, “Jack,” ducked for cover in a nearby closet. Spielman had the same cough just once before — last year when he had COVID. The exhaustion was the same, too.

Twice the Canton man took an at-home test. Twice it was negative.

Spielman, 53, said he decided to err on the safe side and assume he is contagious with COVID. He told coworkers at Gift of Life Michigan that he’d work from home for the time-being. Not everyone, he said, is as fortunate.

“I work for a compassionate, responsible organization and if need be, I can plug in myself,” he said. “I can isolate myself. I can caffeinate myself to work through Zoom meetings.”

“But there are so many people out there that do not have that advantage. So that's what I wonder. What do they do when they're not sure what's going on with (the test result)?” he said.

At that point, Tibbetts and others advised, a confirmatory PCR test can settle the matter.

But that, too, produces complications, Tibbetts said.

Some lab officials and doctors say the labs that run PCR tests are getting overwhelmed again. On Monday, the state reported totals for 360,905 PCR tests — some 47,000 more tests than it reported just more than two weeks earlier, on Dec. 15.

So results that, in light times, can take just a couple hours, now can take far longer.

“We can run (tests) in big batches…but we don't have enough staff to do the nasal swabbing for more and more testing,” Henry Ford’s executive vice president and chief clinical officer, Dr. Adnan Munkarah, said during a news conference Tuesday.

And, Tibbetts said, the Henry Ford lab is starting to receive notices that some supplies are on backorder.

Meanwhile, even as some call for more testing, others have pushed back — arguing that testing should be limited to those who are symptomatic.

“I see both sides. The more tests we have, the more we can see the epidemiological picture and what's taking place and … when this thing's going to go away. But from the clinical side, there could be too much testing,” Tibbetts said.

The Centers for Disease Control and Prevention has changed guidelines on quarantines, and much of that hinges on testing, too.

Doctors and other clinicians, he said, frequently call him for guidance on when to test and which tests to use.

Then there’s the general confusion about reinfections and infections even among those who are vaccinated: “It has been really kind of confusing.”

It can feel a bit like the confusion of the earliest testing efforts in 2020: “This omicron surge has just sent it into another whole level of unknown.”