Despite disparities, Michigan is not gathering race data on COVID vaccines

Ten months after Gov. Gretchen Whitmer made racial equity a cornerstone of the state’s pandemic response — and two months after the first COVID vaccines arrived in Michigan — the state still doesn’t collect standardized data on race to ensure vaccines are fairly distributed.

Some hospitals and local health departments do, but there is no uniform system for sharing that information with the state, according to interviews Bridge Michigan conducted with more than dozen health officials and experts this week.

The state’s failure to collect basic information on race for those receiving COVID vaccines was labeled “almost criminal” by a member of Whitmer’s own Coronavirus Task Force on Racial Disparities.

Debra Furr-Holden, an epidemiologist and professor of public health at Michigan State University, who has devoted her professional career to health equity, called the gap in race data collection a “predictable and avoidable breakdown” for a public health system that needs accurate information to identify and shrink health disparities.

Furr-Holden was appointed to the 23-member coronavirus task force in April, when 40 percent of state residents who had died from COVID were African American, a group that comprises less than 14 percent of the state’s population.

Listed first among the panel’s priorities was to recommend ways the state can “increase transparency in reporting data regarding the racial and ethnic impact of COVID-19.” 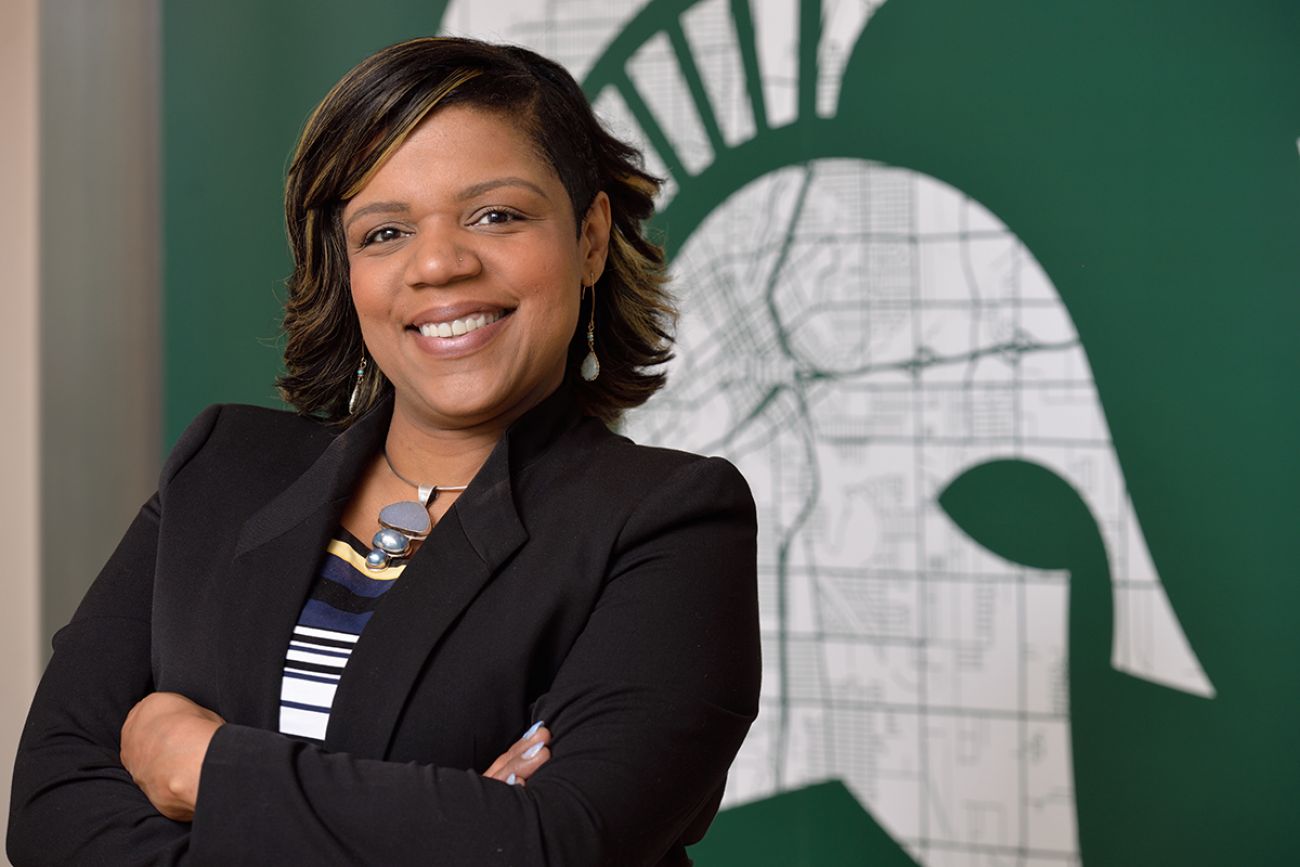 “It is almost criminal to me because we knew the vaccine was coming,”  Furr-Holden told Bridge Michigan Thursday, even as she noted the state’s strides under Whitmer in generally addressing health disparities.

“We know in the absence of a lot of intention and effort that — even if we put (vaccination sites) in communities — that is not going to ensure that (the vaccine) is getting put in people's arms equitably fairly,” she said.

Elizabeth Hertel, who took over as director of the Michigan Department of Health and Human Services last month, told Bridge the state is trying to catch up on collecting demographic data on the vaccine. The problem, she said, is that the computer system the state uses to track vaccinations had never been asked to collect race data.

For more than two decades, the state has used an immunization record-keeping system, known as Michigan Care Improvement Registry, or MCIR, to track vaccines. The registry was initially used to track children receiving vaccines, and was expanded in 2006 to include adults. 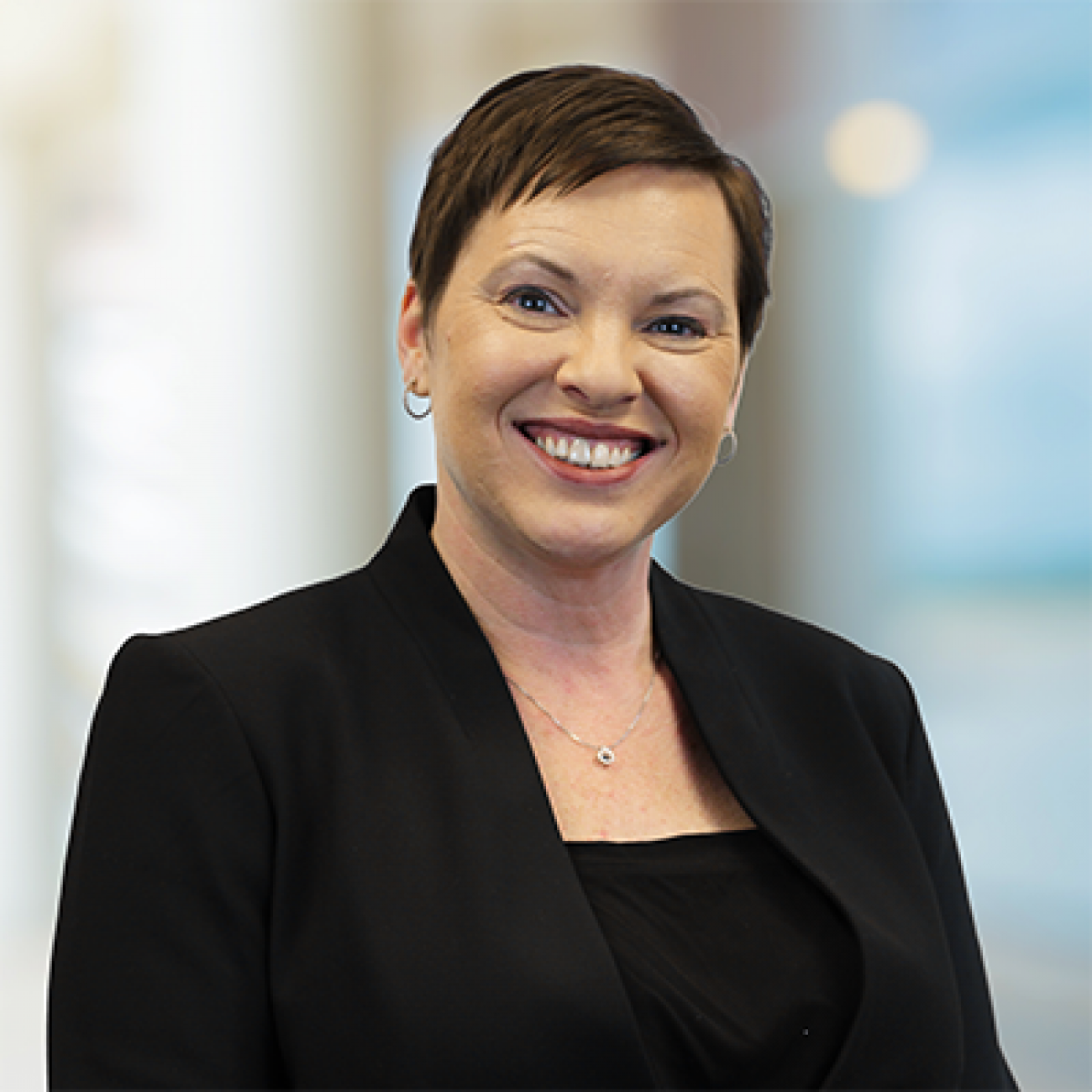 The state’s vaccine registry, designed years ago, has never collected race data, said Elizabeth Hertel, director of the Michigan Department of Health and Human Services. The department is trying to remedy that problem. (Courtesy photo)

Now the state is scrambling to figure out how to get race data that may be captured elsewhere — such as electronic patient records kept by hospitals, clinics and other health providers — and connect it with COVID vaccine records in MCIR, Hertel said.

More than 1 million Michiganders already have gotten at least one of the two required doses of the vaccine. Hertel said MDHHS must find a way to capture race data since December as it works toward the state’s goal of vaccinating 70 percent of all Michiganders aged 16 and older.

“Up until now, (collecting race data) hadn't really been the purpose of MCIR,” Hertel said. “While it may have been collected somewhere else, it wasn't coming centrally. That's why we're trying to...find out where the data is and then bring it together.”

Lynn Sutfin, an MDHHS spokesperson, said the department is testing a new step in the MCIR system this week that would allow staff administering vaccines to put race data directly into the statewide system.

It was a complex undertaking, she said, adding that “the process started before the first vaccine arrived.”

Many other states already collect and report data on race or ethnic disparities; in most cases, they show Black and Hispanic residents are getting COVID vaccines at rates far below their representation in the population.

Indiana has reported that 85 percent of the distributed vaccines have gone to white residents, who comprise a similar percentage of its population. But Blacks, who make up 9.8 percent of the population, have received just 4 percent of vaccines.

Public health experts say collecting such information is essential to checking the state’s progress in reaching communities hit hardest by the virus, and those considered most vulnerable.

For example, massive daytime drive-through vaccination clinics that require online registration may miss those who don’t have easy access to a vehicle or mass transportation, lack Internet access, or are unable to leave work in the middle of the day.

“We know that (clinic is) serving a slice of the population, but it's also not serving everyone,” Bergquist said.

There is no federal standard for collecting information for those who receive the COVID vaccine, which still remains scarce across the nation. That’s left states to create their own databases.

Emily Zylla, a senior research fellow at the University of Minnesota’s school of public health, told Bridge Thursday that 24 states are currently reporting vaccine data by race and 22 by ethnicity.

She said it’s essential to identify communities that lack equal access to vaccines, particularly as the coronavirus continues to mutate and spread. Neighborhoods, even larger communities, could be left exposed, creating weak points in efforts to protect the state.

Since the pandemic struck, African-Americans, Hispanics and other minority populations have contracted the coronavirus at higher rates and died at higher rates, some tied to their roles as frontline workers, some to their economic situation.

“There’s a fairness argument that they should have access to this life-saving vaccine,” Zylla said.

In Kent County, public health leaders started crafting an equity plan for vaccinations long before COVID vaccines were authorized for emergency use by the Food and Drug Administration. But in order to know whether they are reaching all communities, health officials need information that currently is not readily available, said Dr. Nirali Bora, the Kent County medical director.

“We need data to know how to strategize,” she said. “We were disappointed the data wasn’t available.”

So Kent health officials collect what limited data they can find on those who get vaccines, pulled from information gathered from local healthcare providers, in essence building their own database, she said.

Even then, efforts to get more vaccines into the arms of underserved communities falls short.

According to data Spectrum pulls from vaccine recipients’ electronic medical records, just over 5 percent of the vaccines administered by the health system went to Black and Hispanic residents in the communities Spectrum serves, according to Jensen’s email.

Calhoun County’s health department does collect race data from people getting vaccines, according to Eric Pessell, the county health officer. But it’s not yet been compiled and reported.

In Washtenaw County, the information is captured in electronic health records, which “in theory” could be transferred to the state’s MCIR system, spokeswoman Susan Ringler Cerniglia said.

In Detroit, people getting vaccines are asked to voluntarily reveal their race,  said John Roach, spokesman for Mayor Mike Duggan. He told Bridge 70 percent of those who disclose their race are African American, which loosely  matches the demography of the city, where 78 percent of the population is Black.

The lack of a centralized data collection point in Michigan should come as no surprise given the nation’s disparate network of providers, said Jeffrey Byrnes, a medical ethicist at Grand Valley State University.

"We have sown a system of localized, fractured and competitive healthcare markets,” said Byrnes, who has been advising the Kent County health department on its vaccine rollout. “That model does not have centralized data, and now that we have encountered the public health crisis at the largest scale, we want that data, and it's not available to us.”

Still, he said, he recognized the task isn’t easy.

“My data friends tell me when you're talking about this quantity of data, this isn't three clicks and (you get) results. It takes a long time,” Byrnes said.

Furr-Holden, the epidemiologist on the state task force, said it’s not too late to improve data collection, and she and others acknowledge Michigan isn’t alone in struggling in this effort.

In addition to establishing the racial disparities task force, which Whitmer credited with reducing the spread of COVID among communities of color, the governor in August declared racism a public health crisis for the state. The order requires the state health department to make health equity a major goal.

“We've got room to do better on the data collection,” said Berguist at the provider network, yet Michigan remains a leader in trying to close health disparities, even if it’s not there yet.

But Furr-Holden said good intentions are no longer enough. It’s time for mandates: Every vaccine that is delivered in Michigan should generate basic demographic data, she said.

The state is not there yet, as Furr-Holden discovered directly this week.

On Wednesday, she received a second dose of the COVID vaccine at McLaren Flint. She said nobody took her insurance information or asked about her race, gender or other background.

“It should have been in place before (receiving) even one dose of vaccine.

“The fact that that can keeps getting kicked down the road is very frustrating.”